Accessibility links
Poll: Young Voters Uninterested In November 2014 Elections : It's All Politics A new survey reports voting interest among 18- to 29-year-olds has declined in recent months. Only a quarter say they'll definitely vote in the midterm elections. 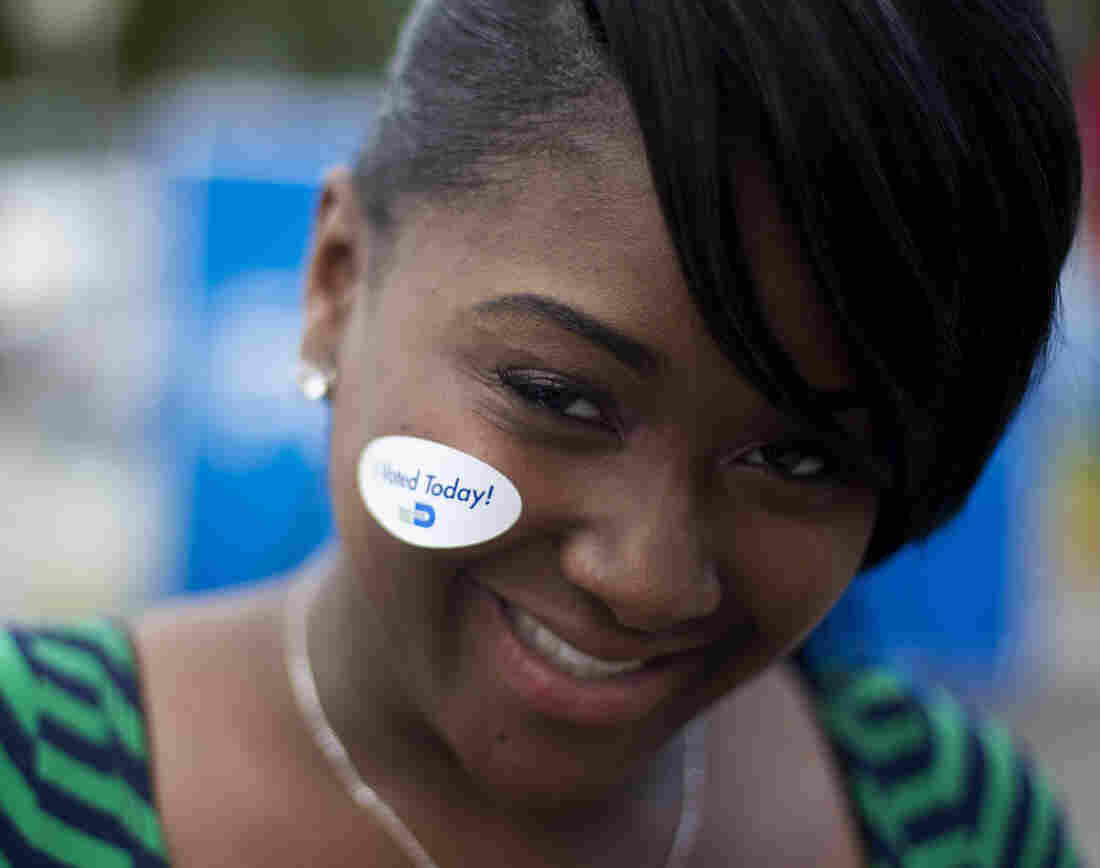 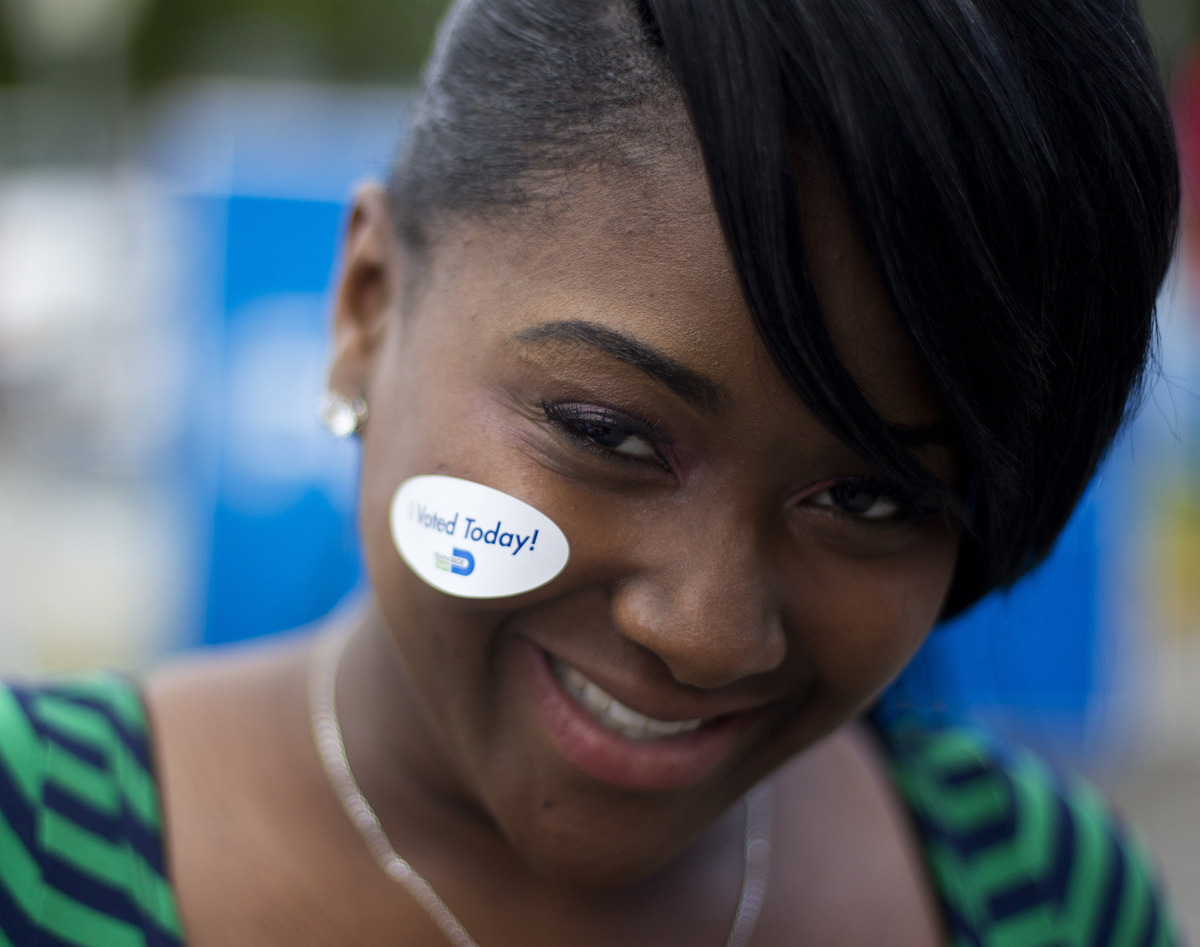 A young Miami voter wears her "I voted today" sticker in October 2012.

Youth is a time of idealism and energy, except, perhaps, when it comes to voting in the midterm elections.

A new Harvard Institute of Politics poll finds that interest in voting in the November 2014 elections among 18- to 29-year-old voters is lower now than just several months ago — and even lower than it was at a similar point in 2010.

Only 24 percent of those polled said they would definitely be voting, according to the survey. That was a drop of 10 percentage points since last November, and a 7-point drop from four years ago.

This is the kind of polling result guaranteed to raise Republican hopes and give Democrats sleepless nights. Younger voters tend to vote Democratic. If they are significantly less inclined to vote this year than they were in 2010 — when Democrats lost the House — Election Day 2014 could be very gloomy indeed for Democrats.

The other piece of bad news for the president's party in the Harvard poll is something we've seen elsewhere — there's more intensity among Republican voters than Democrats.

The poll finds 44 percent of the 18- to-29-year-olds who voted for Mitt Romney in 2012 say they definitely plan to vote this fall. That compares with 35 percent of President Obama voters who say they plan to vote in November 2014.

While these numbers are obviously bad for Democrats, they're not necessarily determinative — as least not according to Sasha Issenberg, author of The Victory Lab, which explains techniques campaigns use to motivate their voters to go to the polls.

In a recent New Republic piece, Issenberg, a fellow at UCLA's Luskin School of Public Affairs, writes that Democrats may be able to drive up turnout numbers if they use proven methods that motivate a portion of "unreliable" voters — like young people — to go to the polls.

The challenge is that those methods, like sending canvassers out to targeted voters or dropping direct mail in the right mailboxes, can be costly. It requires donors and activists to stay engaged — which is easier said than done, Issenberg says.