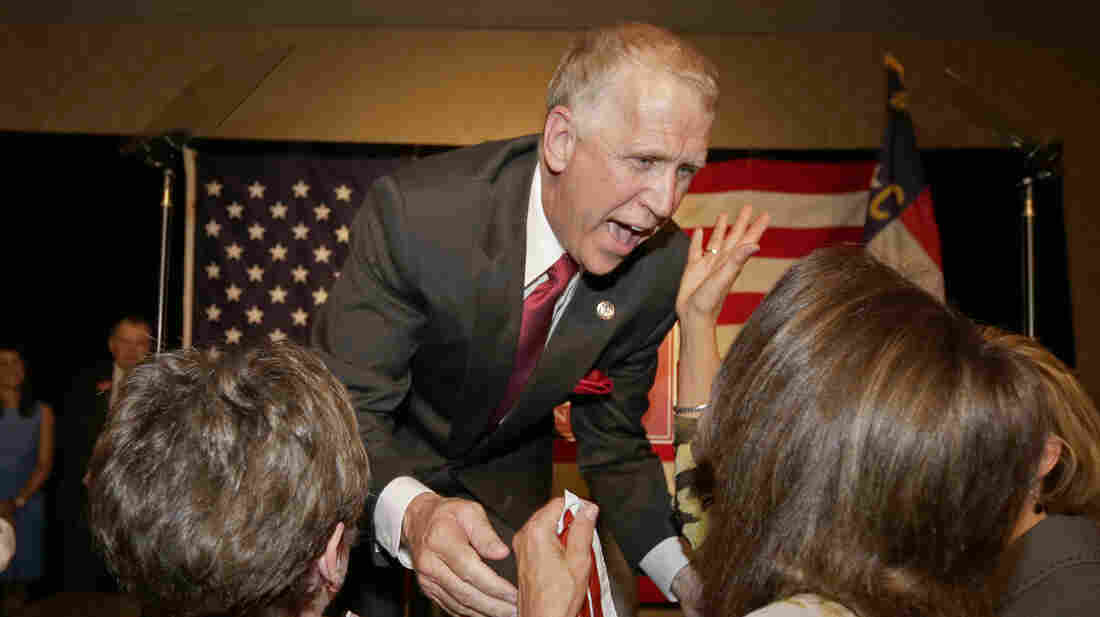 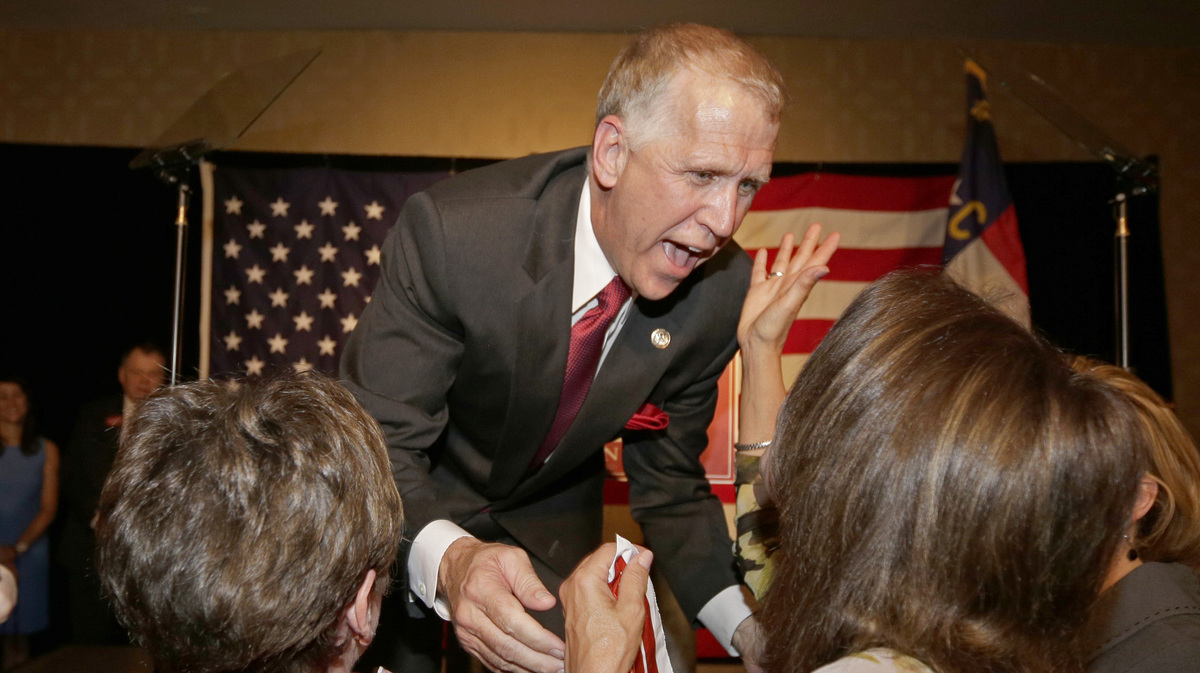 Thom Tillis greets supporters at a election night rally in Charlotte, N.C., after winning the Republican nomination for the U.S. Senate on Tuesday.

North Carolina House Speaker Thom Tillis won the Republican U.S. Senate nomination Tuesday, a victory for GOP establishment forces over the Tea Party in a battleground state that will feature one of the nation's most competitive Senate races this fall.

Tillis, who avoided a runoff by winning more than 40 percent of the vote, will face first-term Democratic Sen. Kay Hagan in November. Hagan rates among the most vulnerable Senate Democrats.

In an expensive and crowded Republican primary that pitted three distinct wings of the GOP against each other, Tillis was the best-funded candidate. He carried the backing of the business and donor class; Mitt Romney and former Florida Gov. Jeb Bush both announced their support for his campaign.

Tillis led in the polls for much of the campaign, trailed by Greg Brannon, who had Tea Party backing, and Mark Harris, a pastor with evangelical support. There wasn't much question that Tillis was the candidate to beat — the only question was whether he could pass the 40 percent threshold for outright victory.

By winning 45 percent of the vote, with 93 percent of precincts reporting according to the Associated Press, Tillis avoided the possibility of a costly and bloody July runoff — a contest that could have depleted his campaign's resources and exacerbated intra-party rifts.

Brannon, who was endorsed by 2016 presidential prospect and Kentucky Sen. Rand Paul, finished second with 27 percent. Harris, who was backed by former Arkansas Gov. Mike Huckabee, finished third with 18 percent.

The congressman outpaced his closest challenger, teacher J.D. Winteregg, in a contest that was never really close. As House speaker, Boehner raised close to $13 million this election cycle, compared to just $48,000 for the Tea Party-backed Winteregg.

With 93 percent of precincts reporting, Boehner led 69 percent to 22 percent. In the safely Republican 8th District, Boehner's primary election win all but guarantees he'll be elected to a 13th term in November.

In fact, every U.S. House incumbent on the ballot Tuesday in the three states that voted — Indiana, Ohio and North Carolina — won renomination.

The incumbent who had closest call, North Carolina GOP Rep. Walter Jones, escaped with a 51 percent to 45 percent victory over Taylor Griffin, a former Bush administration official who had been endorsed by Sarah Palin.

That wasn't the only North Carolina House race that attracted national attention Tuesday. In the 2nd district, where one-time American Idol runner-up Clay Aiken sought the Democratic nomination, the race was too close to call Tuesday night. With 100 percent of the results in, Aiken was less than 400 votes ahead of Keith Crisco, a former state commerce department secretary.