Accessibility links
Veteran Congressman Makes A Career-Threatening Mistake : It's All Politics Democratic Rep. John Conyers failed to submit enough valid signatures to appear on the August primary ballot, a campaign misstep that has some wondering if he's still up to the job. 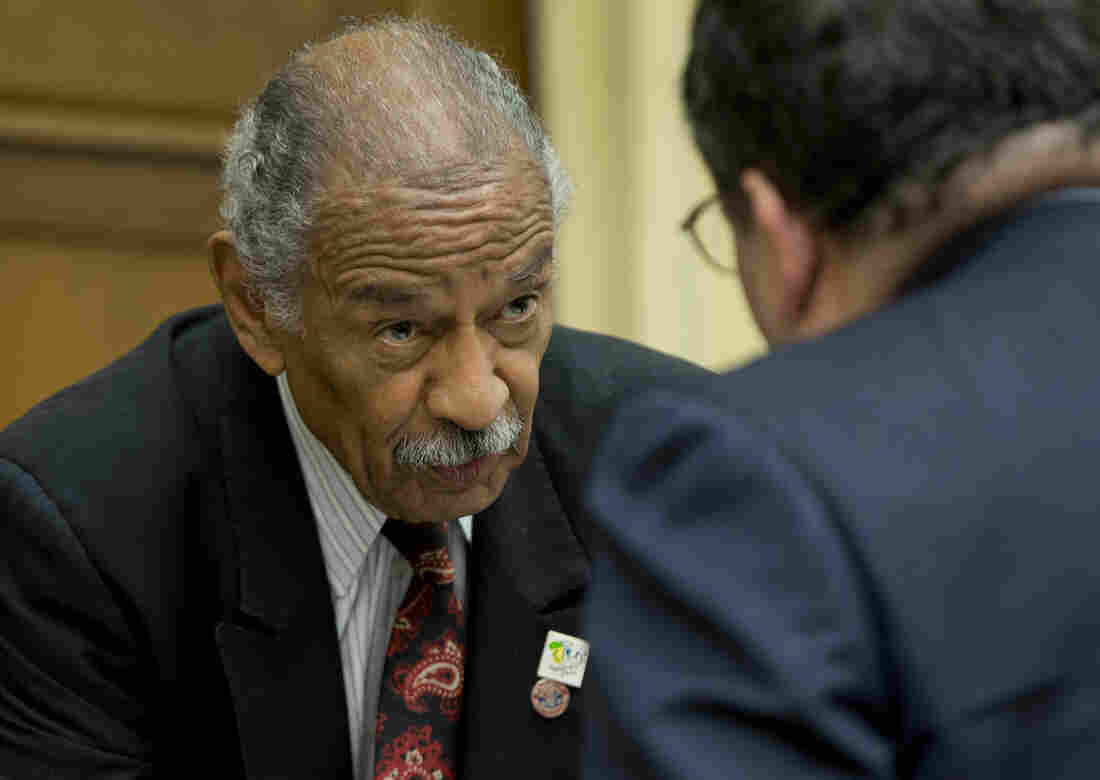 Michigan Rep. John Conyers, at a congressional hearing last week. The Democrat and longtime congressman faces the prospect of not being on Michigan's August primary ballot after failing to present the required number of valid signatures. Carolyn Kaster/AP hide caption 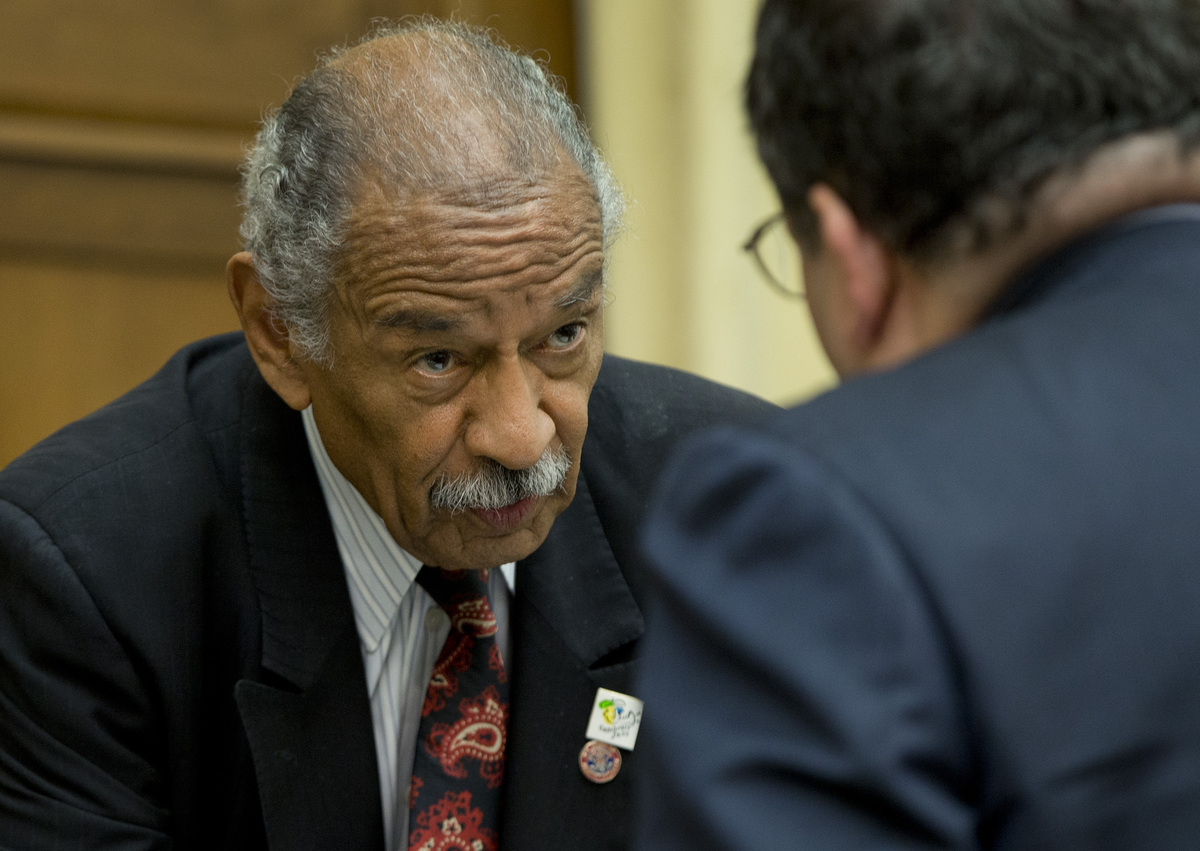 Michigan Rep. John Conyers, at a congressional hearing last week. The Democrat and longtime congressman faces the prospect of not being on Michigan's August primary ballot after failing to present the required number of valid signatures.

It's basically Politics 101. To get on the ballot in many states, candidates for office must first collect a designated number of valid signatures from voters, and present those petitions to election administrators.

It's just as basic for their opponents to question the validity of those signatures — with the hopes of denying a foe a spot on the ballot. That's how, for instance, President Obama managed to win his first political office, an Illinois state Senate seat. He challenged the signatures on his four opponents' nominating petitions, eventually forcing each from the race.

So color much of the political world surprised that Rep. John Conyers, a Democratic congressman in his 25th term, would be facing the prospect of not being on Michigan's August primary ballot for failing to present the Wayne County Clerk's office with the required 1,000 valid signatures.

What makes the predicament so astounding is that Conyers, an 84-year-old (he turns 85 on May 16) civil rights icon and a founder and dean of the Congressional Black Caucus, is following in the footsteps of a similar 2012 mishap by another Michigan congressman, Republican Thaddeus McCotter.

The current lapse has caused some Conyers watchers — who were already questioning whether the octogenarian was still up to the job — to call for him to retire. They point to what they say are signs that he's lost more than a few steps.

Conyers found himself with just 592 valid signatures, 408 fewer than necessary, after his primary opponent, the Rev. Horace Sheffield III, challenged his petitions. Part of the problem with Conyers' signatures is that they were gathered by people who were ineligible to do so under Michigan law — so those signatures didn't count. What's more, at least one was a fugitive with a criminal record.

The Wayne County clerk has until Tuesday to decide whether Conyers can be on the ballot. Conyers has three days to appeal to the Michigan secretary of state's office.

If that doesn't work out — and it often doesn't in these cases — Conyers can run as a write-in candidate.

But write-in campaigns can be expensive, and can be steep uphill climbs.

Conyers has one advantage here. He lacks valid signatures, but he has super name recognition after a half-century of service in Congress. Few names are better known in his district, which includes parts of Detroit and Dearborn Heights, than that of the top Democrat on the House Judiciary Committee.

Write-in campaigns have been known to occasionally work. In 2002, then-Washington, D.C., Mayor Anthony Williams also fell short of having enough ballot signatures, but he waged a successful (though humiliating and nearly unheard of for a big-city mayor) write-in campaign. More recently, after losing a 2010 Republican primary, Sen. Lisa Murkowski managed to win re-election in November by waging a successful write-in effort.

One problem for Conyers, obviously, is that his stumble underscores his critics' contention that he is no longer able to meet even the minimum requirements of his job. That would include, ahem, getting on the ballot.