Accessibility links
Feinstein Wants CIA To Speed 'Torture Report' Release : It's All Politics With a bipartisan vote in April, the Senate Intelligence Committee told the CIA to declassify and make public parts of the "Torture Report." The agency isn't exactly rushing to do so. 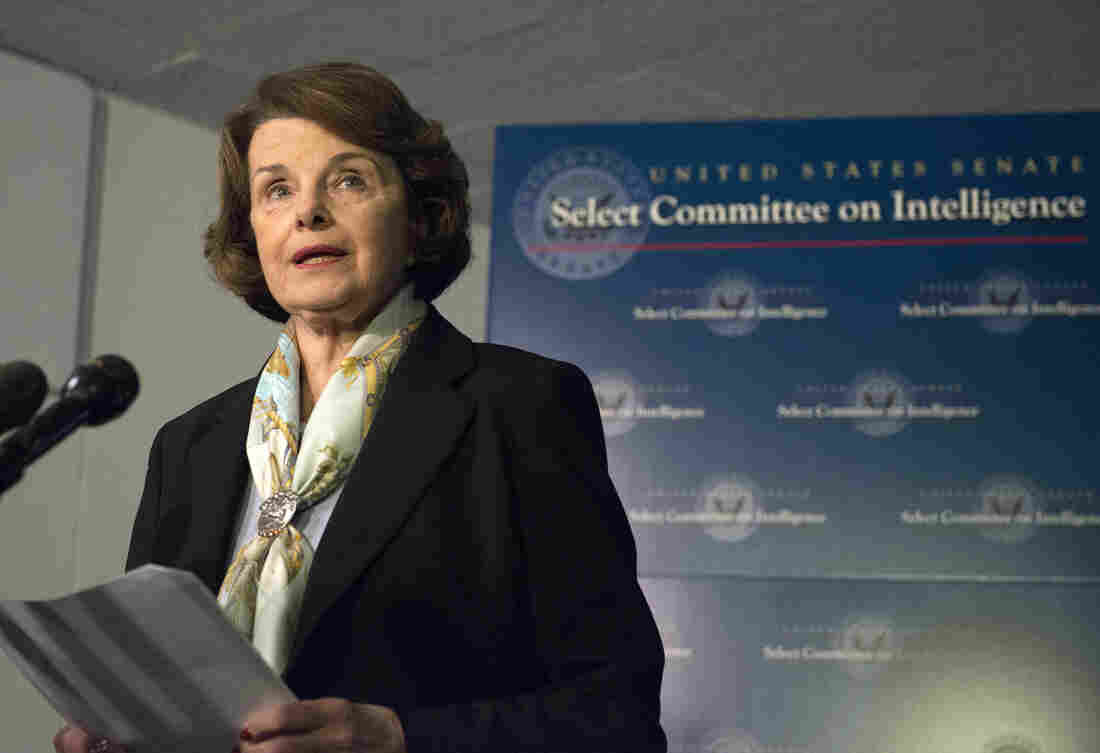 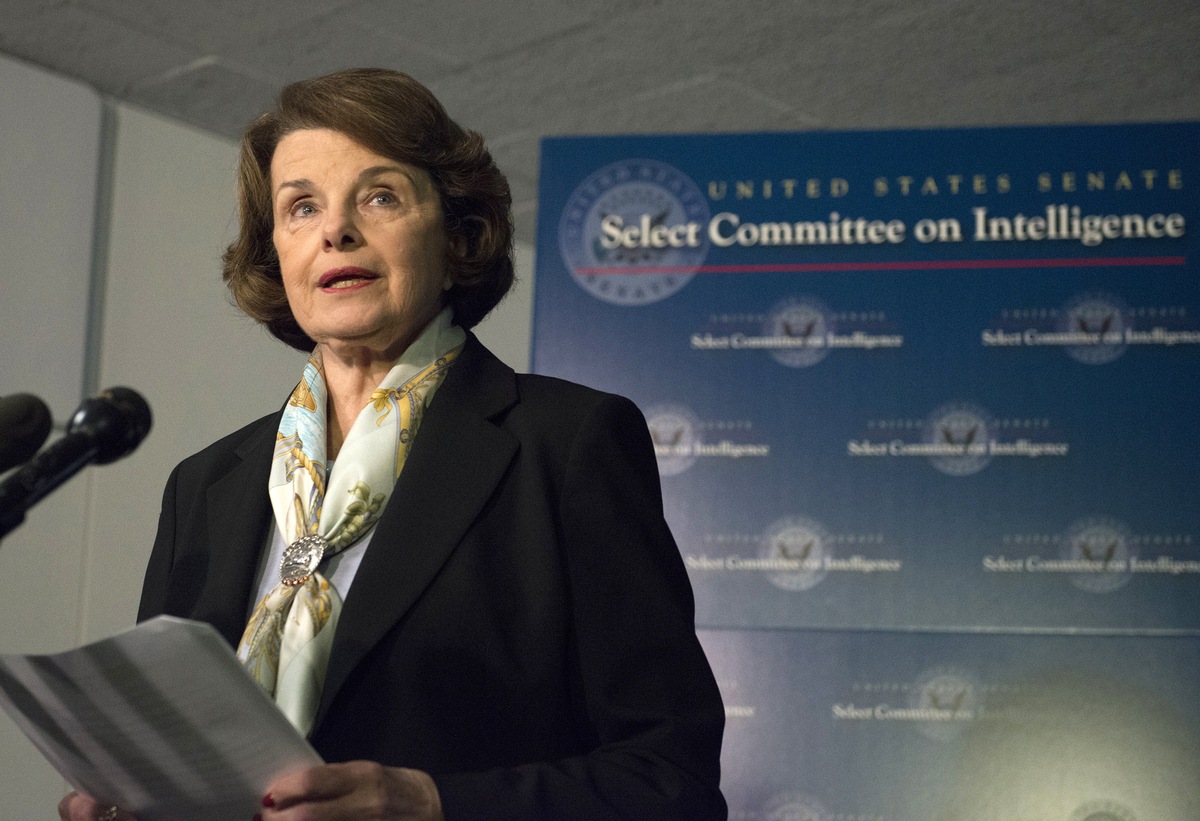 Dianne Feinstein, chairwoman of the Senate Intelligence Committee, speaks to reporters in April. She tells NPR she's "not particularly" comfortable with the CIA vetting the "Torture Report."

It's been well over a month since the Senate Intelligence Committee voted 11 to 3 to declassify and make public the executive summary and findings of its "Torture Report."

But it's not likely that will actually happen anytime soon.

The reason? The CIA — the very agency skewered in the 6,200-page report for its interrogation and detention of more than 100 terrorism suspects from 2001 through 2008 — has been given the job of deciding what to leave in and what to take out of the summary and findings.

And the CIA seems to be in no great rush to finish that job.

"I was told by the White House chief of staff [Denis McDonough] that it's probably not until July," said Intelligence Committee Chairwoman Dianne Feinstein when I asked her Wednesday when the CIA's vetting of the documents would be complete.

"I'm in discussion with Director [of National Intelligence James] Clapper to see if we can't move that up," the California Democrat added.

Feinstein earlier this year clashed publicly with CIA Director John Brennan, accusing his agency of removing documents being used in her committee's investigation leading up to the report and improperly searching her staff's computers. The CIA, for its part, contends that Feinstein's staffers removed classified documents from a secure CIA facility.

Still, he said the CIA ought to screen the summary and findings before their release. "I also think that the vetting ought to be done in a way that doesn't conceal facts from Congress and the American people," he added, "and it should not take too long."

McCain said he did not know of a process in place to make sure facts are not concealed by the CIA, though he expressed confidence it would be plain if that's what is attempted.

"It's like child pornography," he said. "We will know when we see it."