Accessibility links
Brad Paisley Leaves 'Southern Comfort Zone' For Troops In Afghanistan : It's All Politics The country music star rescheduled an Iowa gig so he could travel to Bagram Airfield with the president. Paisley's change of plans turned out to be a boon for vendors at the Tree Town Music Festival. 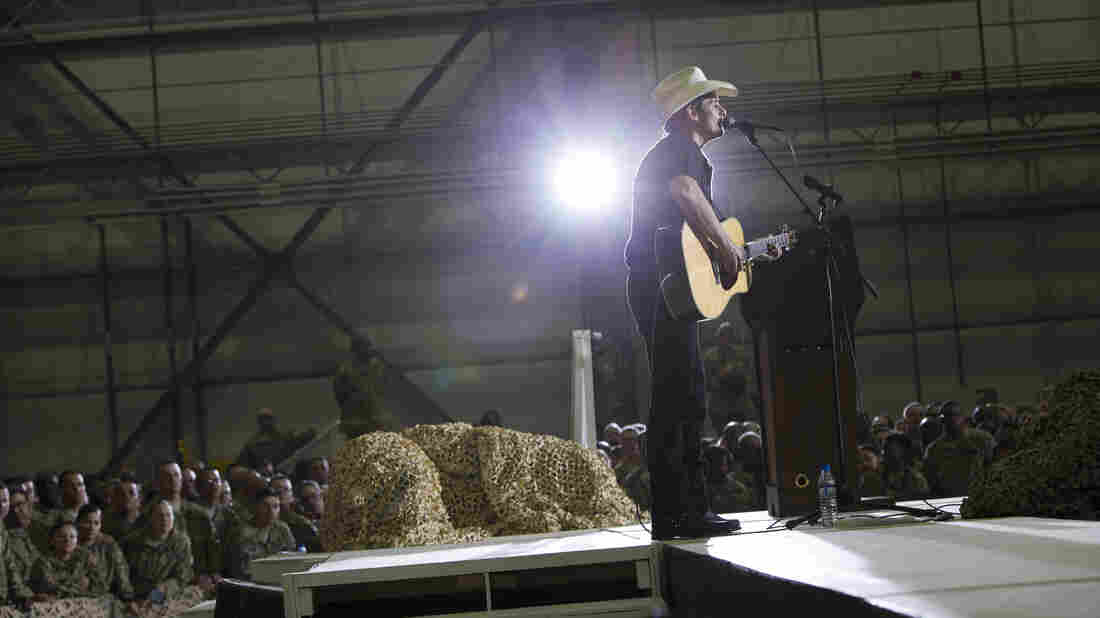 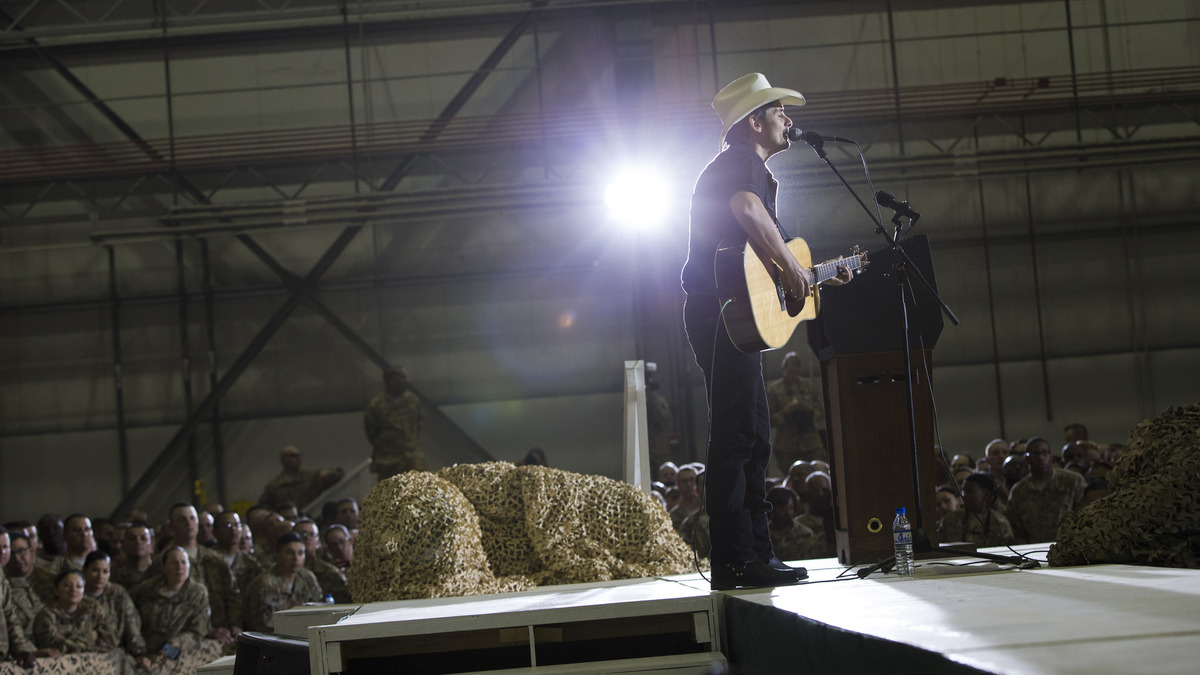 Country music singer Brad Paisley performs during a troop rally with President Obama during an unannounced visit at Bagram Air Field on Sunday.

Brad Paisley is well-known as a top-selling country music star. Turns out, he's a pretty good juggler, too.

Paisley joined President Obama in a surprise trip to Afghanistan this Memorial Day weekend, playing for some 3,000 troops at the Bagram Airfield. Just 24 hours earlier, Paisley was the headliner at the Tree Town Music Festival in Forest City, Iowa.

"He had to juggle a lot of stuff and had to figure out how to explain it to people without explaining it to people," Obama told troops at Bagram about Paisley's secret detour. "Without going into details, this was a big sacrifice for him. And he did it because he cares so deeply" about the military.

According to the Globe Gazette in nearby Mason City, Iowa, Paisley was originally scheduled to perform in the prime Saturday night time slot in Forest City, but "had festival organizers reschedule his performance" to that afternoon. That allowed the three-time Grammy winner to high-tail it to Washington, D.C., Saturday night, so he could hitch a ride to Afghanistan aboard Air Force One.

Paisley's earlier-than-expected concert in Iowa was a boon to festival food vendors, since it helped fill seats early in the day.

Tree Town organizers hoped for a crowd of 10,000 the Globe Gazette reported, and "it may have hit that mark when Paisley performed."

Promoters are already looking ahead to next year's Tree Town festival, and they've announced that Blake Shelton will be the headliner. Shelton presumably will be able to keep the traditional nighttime slot in Iowa, since by then Obama says, "America's war in Afghanistan will come to a responsible end."