Accessibility links
Shinseki Couldn't Outflank Election-Year Politics : It's All Politics By President Obama's own admission, politics had a lot to do with why he decided to accept VA Secretary Eric Shinseki's resignation. 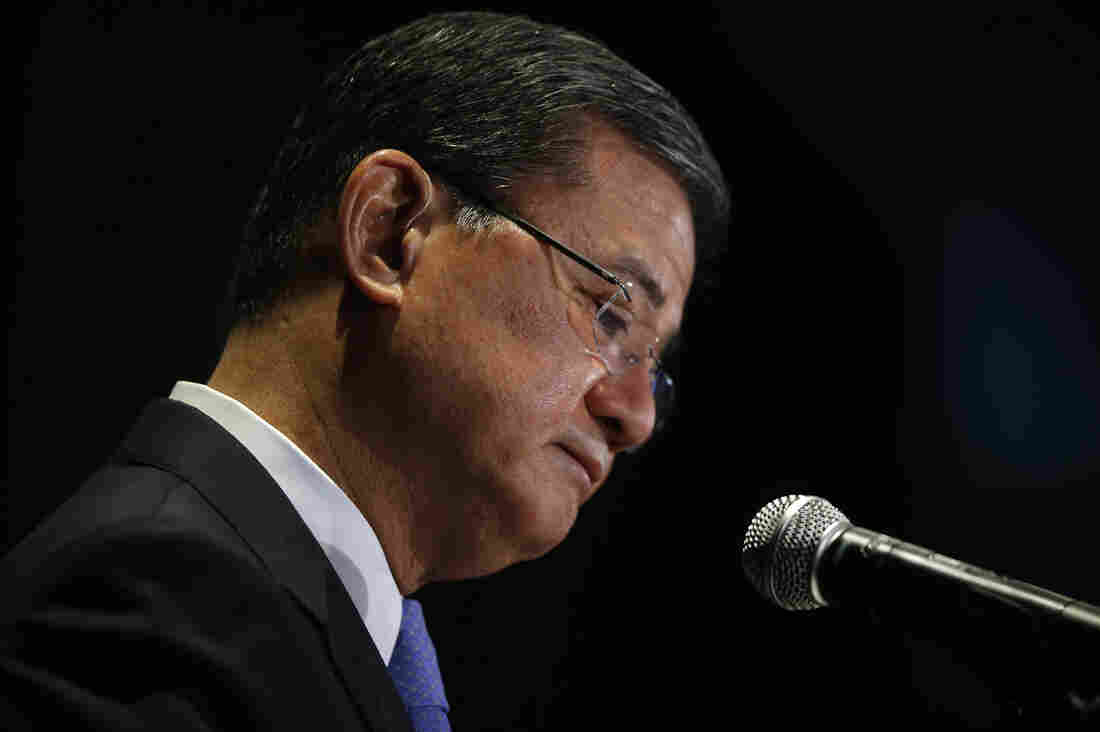 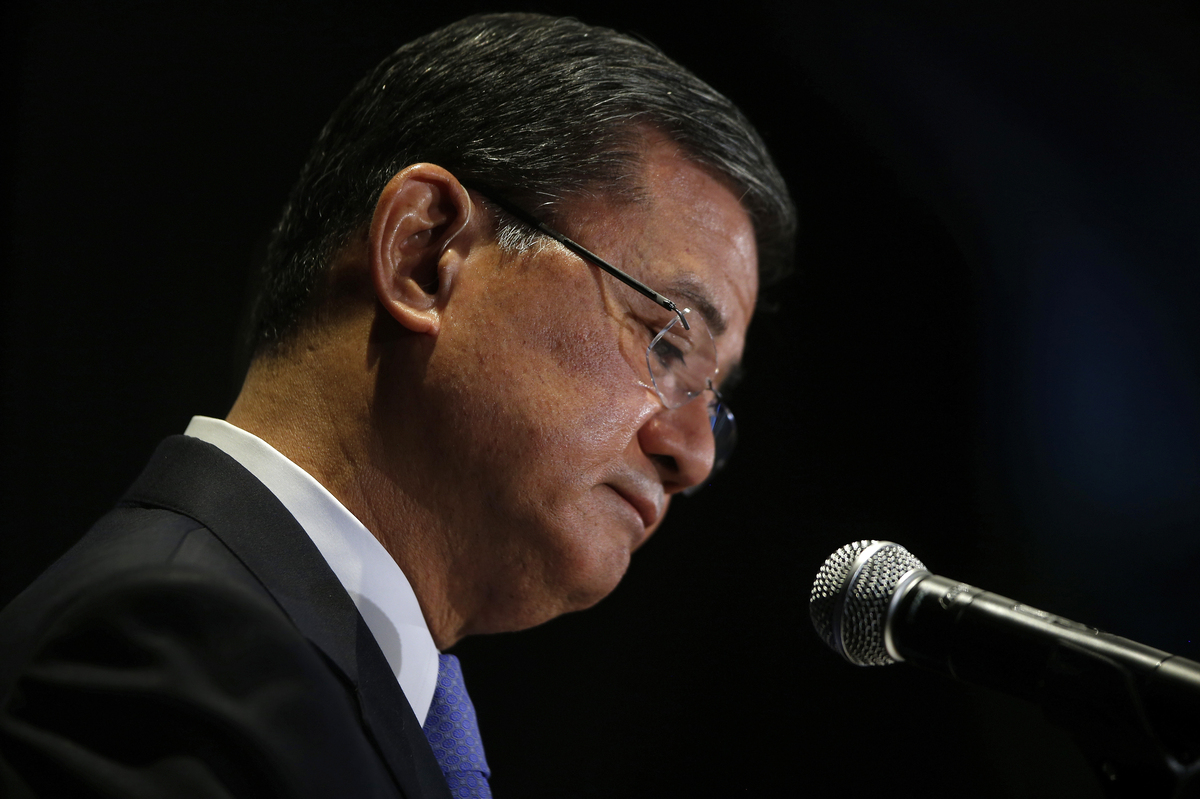 Veterans Affairs Secretary Eric Shinseki pauses while speaking at a meeting of the National Coalition for Homeless Veterans on Friday.

By President Obama's own admission, politics had a lot to do with why he decided to accept Veterans Affairs Secretary Eric Shinseki's resignation Friday.

In saying that he accepted Shinseki's judgment that there was a real downside to his remaining in the Cabinet, Obama said: "Well, the distractions that Ric refers to in part are political."

The impression Obama wanted to leave was that Shinseki would be so tied up with appearing at politically inspired congressional hearings and the like that he wouldn't be able to focus on fixing what was broken at the VA.

The midterm elections likely played a role in Obama's decision to part ways with Shinseki.

The VA controversy had quickly snowballed, threatening to place congressional Democrats in an even more defensive posture. With the party's narrow control of the Senate hanging by just six seats, the VA scandal just added to their jitters.

Ever since the scandal took off several weeks ago — when CNN reported that dozens of veterans had died during lengthy waits for medical appointments in Phoenix — Republicans used the news to attack the Obama administration for failing veterans.

It was clearly a line of attack Republicans intended to use going forward as evidence for their allegations of administration ineptitude.

As the current week started, calls for Shinseki to resign came mainly from Republicans, along with a few House Democrats and several Democrats running for Senate seats held by Republicans.

But after the VA's inspector general released a damning report Wednesday indicating significant irregularities with patient wait lists at some VA medical centers, the volume of Democratic calls for Shinseki's resignation multiplied.

A wave of sitting Democratic senators, some facing competitive re-election contests, like Kay Hagan in North Carolina, Mark Udall in Colorado and John Walsh in Montana, called for his resignation.

This was one of the key differences between Shinseki's plight and that of former Health and Human Services Secretary Kathleen Sebelius. Democrats never publicly called for Sebelius to step down the way they did for Shinseki.

Embattled Senate Democrats got a taste of what was in store for them via a TV ad against Sen. Mark Begich, D-Alaska, from Crossroads GPS, the nonprofit political group founded by Karl Rove. The ad suggested the Alaska Democrat was cavalier about the VA problem; Sens. Mark Pryor of Arkansas and Jeanne Shaheen of New Hampshire faced similar ads.

Shinseki's continued presence would have ensured the issue remained in the headlines, as would the constant drip of new disclosures and the Democrats jumping on the dump-Shinseki bandwagon with each passing week.

More important, the scandal would have distracted from actually fixing the problems at the VA. It would have drawn attention from the rest of Obama's agenda, too — the window is closing for the president to accomplish much more before attention in Washington fully turns to the fight over who will succeed him.

So while an argument could be made for keeping the much respected Shinseki, the stronger one was for his exit.

His departure doesn't mean the end of the VA as a campaign issue. Speaker John Boehner, R-Ohio, signaled as much Friday. After Obama announced he had accepted Shinseki's resignation, Boehner told reporters: "His resignation, though, does not absolve the president of his responsibility to step in and make things right for our veterans. Business as usual cannot continue. ...

"Until the president outlines a vision and an effective plan for addressing the broad dysfunction at the VA, today's announcement really changes nothing," Boehner said.