Accessibility links
4 Takeaways From Hillary Clinton's 'Fresh Air' Interview : It's All Politics Rare is the politician who has publicly admitted to holding or changing a position out of political expedience. In that respect, Clinton was no different in her interview with Terry Gross. 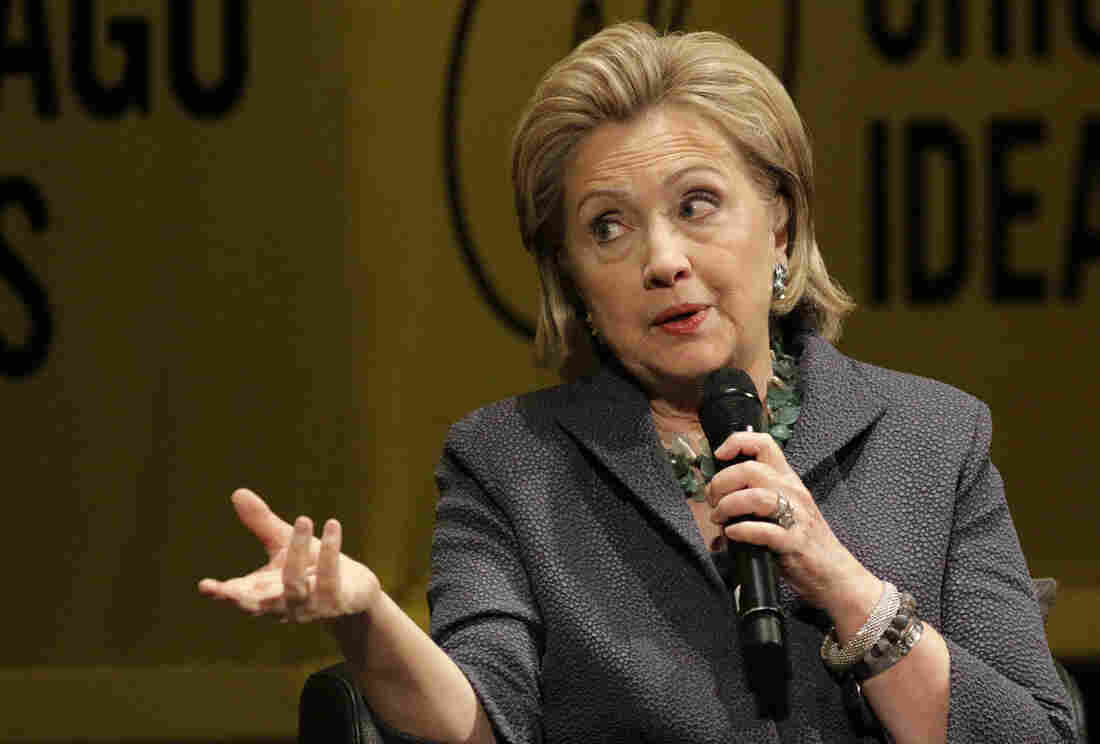 Hillary Clinton promotes her new book, Hard Choices, in Chicago on Wednesday. The former senator and secretary of state had a lively and much-talked-about chat this week with Fresh Air's Terry Gross. Stacy Thacker/AP hide caption 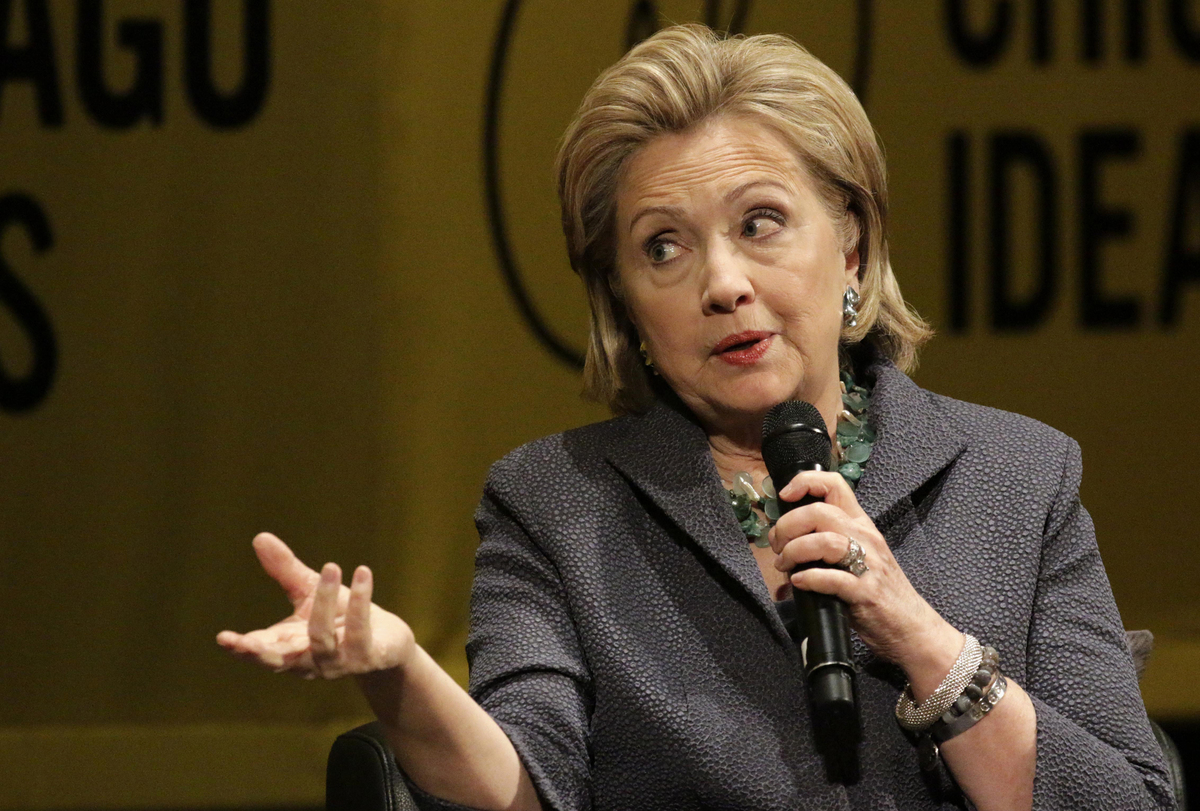 Hillary Clinton promotes her new book, Hard Choices, in Chicago on Wednesday. The former senator and secretary of state had a lively and much-talked-about chat this week with Fresh Air's Terry Gross.

So when exactly did Hillary Clinton change her mind on same-sex marriage? That question was left unanswered in the former secretary of state's lively exchange with Fresh Air host Terry Gross.

The same-sex marriage portion of the interview made for compelling listening because of how much Clinton bridled at Terry's suggestion that she privately supported it long before she publicly endorsed it, and how much Terry kept asking the question. It was like a prizefight with two battlers refusing to back up.

The interview displayed a strength and vulnerability Clinton will have as a candidate if she decides to make another run for the Democratic presidential nomination. They're one and the same: her experience. That experience, combined with her obvious smarts, is what makes her such a challenging interview for a journalist.

But her experience also offers a lengthy record open to dissection, as Terry attempted, leaving Clinton to come up with plausible explanations for dozens of her decisions and actions over the decades.

And that's not even getting into the New Testament, where faith is described as pretty much an "evidence-free zone" — the "evidence of things not seen" (Hebrews 11:1). Maybe Terry can ask her about that if there's a follow-up interview.