Accessibility links
Hillary Clinton, The Inevitable? Sure Seems Like It : It's All Politics Clinton's path to the Democratic presidential nomination looks to be wide open, with no one in a position to stop her. Here are three reasons she could take the 2016 contest, if she wants it. 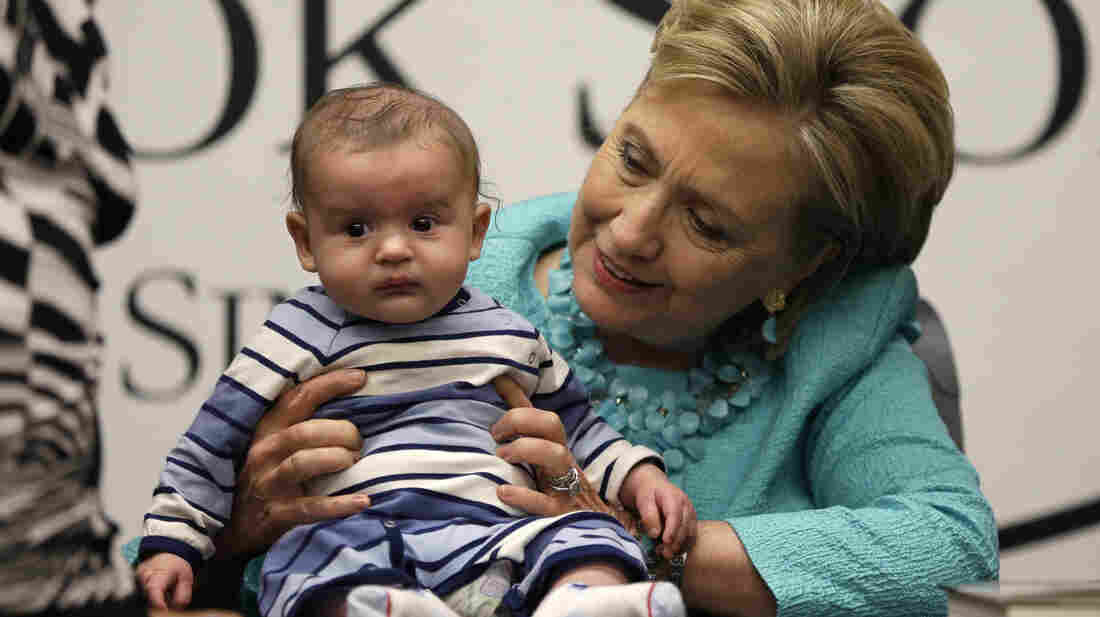 Sometimes, you just have to accept the inevitable. But there are a couple years left until the Democratic presidential nominee is officially chosen. Steven Senne/AP hide caption 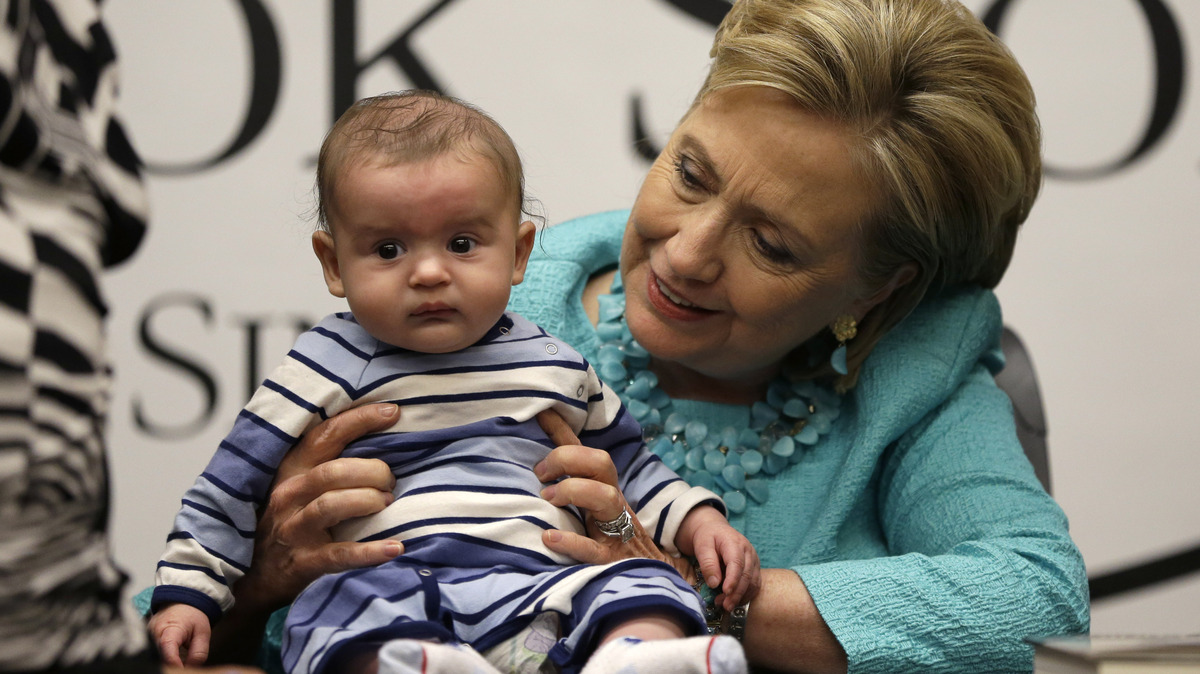 Sometimes, you just have to accept the inevitable. But there are a couple years left until the Democratic presidential nominee is officially chosen.

The jockeying for the 2016 Democratic presidential nomination is already shaping up to be nothing like the 2008 contest. Indeed, it doesn't even resemble a contest. It's not going too far out on a limb to say that, unlike six years ago, the nomination is Hillary Clinton's for the taking, if she wants it.

This will inevitably lead to the idea of her inevitability — and there are few words in politics more despised than that one.

Presidential aspirants have a love-hate relationship with that word when it's attached to them.

They love when it scares would-be challengers from entering the race. But they hate it because it can make voters think that candidates are already considering their White House redecorating plans, perhaps rubbing those voters the wrong way.

Political reporters dislike inevitability, too. Give us a hotly contested primary fight featuring some fresh-faced contenders any day. Perhaps nothing is more dreaded by journalists than knowing the identity of a party's presidential nominee years beforehand.

Sometimes, however, you just have to accept the — yes — inevitable. There are strong reasons to believe that Clinton's path to the Democratic nomination is wide open. Here are three:

1. Her would-be challengers aren't much of a challenge.

For the Democratic Party's Anyone-But-Clinton contingent, these are lean times.

Montana's former Democratic governor, Brian Schweitzer, clearly seemed to be positioning himself to be a Clinton alternative.

Then that National Journal story happened in which Schweitzer mentioned his "gaydar," Rep. Eric Cantor, and allegedly effeminate Southern men in the same thought, and then also likened Sen. Dianne Feinstein to a streetwalker. Despite his apology, he'll have a hard time getting invited to the 2016 Democratic National Convention's speaker's platform, let alone being taken seriously for the nomination.

In contrast, Clinton is a wily, well-seasoned and tested campaign veteran of presidential, Senate and governor's races (if you throw in her husband's Arkansas campaigns). That doesn't mean she doesn't commit gaffes ("dead broke") but hers haven't been the disqualifying kind.

Other Democrats mentioned as potential Clinton alternatives include Maryland Gov. Martin O'Malley and Sen. Bernie Sanders of Vermont. They appeal to a part of the Democratic base, but don't have enough draw or name recognition to slow — let alone threaten — the Clinton juggernaut.

One Democrat who has the name recognition, Vice President Biden, hasn't ruled out a run (his presidential aspirations go back to the 1980s). But the support isn't there for him so long as Clinton's available. His Senate Democratic colleagues have for the most part thrown their support behind Clinton. Voters are pretty much telling him the same thing.

Worth noting is a recent Washington Post-ABC News poll, which found 55 percent of Democratic-leaning voters preferred that Clinton face primary opposition versus 28 percent who didn't. That doesn't mean, however, that many of those who want her to have a primary challenger will vote for that sacrificial lamb.

Seven years ago, many Democrats thought a Clinton nomination was inevitable, only to have her lose the 2008 contest to President Obama. But there were several factors conspiring against her that year.

As has been well documented, her campaign was caught flat-footed, taking too long to understand the true nature of the threat Obama represented.

In the junior senator from Illinois, she faced a unique challenger: an inspiring, fresh-faced, technology-savvy politician whose historic candidacy symbolized "hope" and "change," two themes that appealed to anxious voters dealing with the Great Recession and two wars. Obama's campaign also outsmarted Clinton's in the delegate hunt.

Hillary Clinton: I Helped Restore U.S. Leadership In The World

With so much time before the 2016 election, it's possible that present economic and national security situations could shift in ways unfavorable to Clinton. But another Obama certainly doesn't appear to be on the horizon.

Meanwhile, Clinton's supporters have learned many of the lessons of 2008. They're creating an unofficial campaign operation that's already doing rapid response and locking up experts in technology, fundraising and other campaign essentials, thus using up the political oxygen that a challenger would need to sustain him- or herself.

3. She significantly out-polls all Republican contenders.

Winning is a lot better than losing in politics as in sports, and Democrats have gotten used to winning national elections because of the past two presidential cycles. And the future looks bright for Democrats, considering the nation's changing demographics.

In every polling matchup with a potential Republican nominee, Clinton enjoys a wide lead. Whether it's senators Marco Rubio of Florida or Rand Paul of Kentucky, Gov. Chris Christie of New Jersey or former Florida Gov. Jeb Bush, Clinton leads by double digits.

None of this means that it's 100 percent certain that come the 2016 Democratic convention, it will be Clinton giving the acceptance speech. But she's about as close as you come in politics to a sure bet.