Accessibility links
Red State Democrats Tread Lightly On Hobby Lobby Ruling : It's All Politics Some Democratic Senate hopefuls have to be more measured than others in their responses to the recent Supreme Court decision. 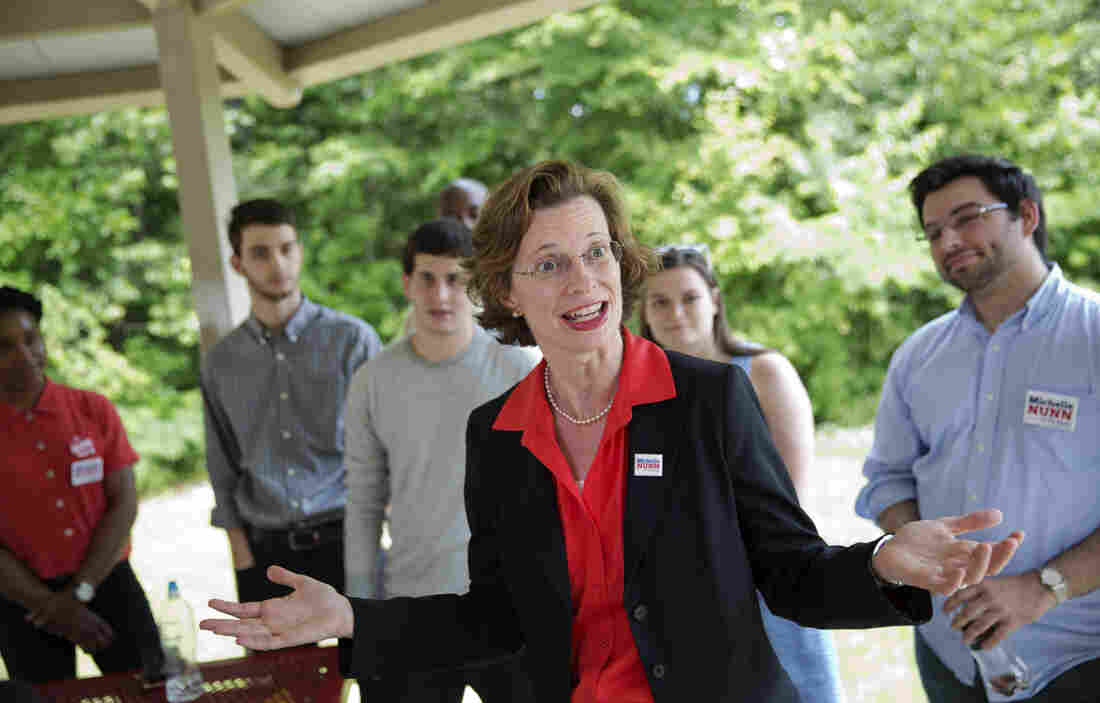 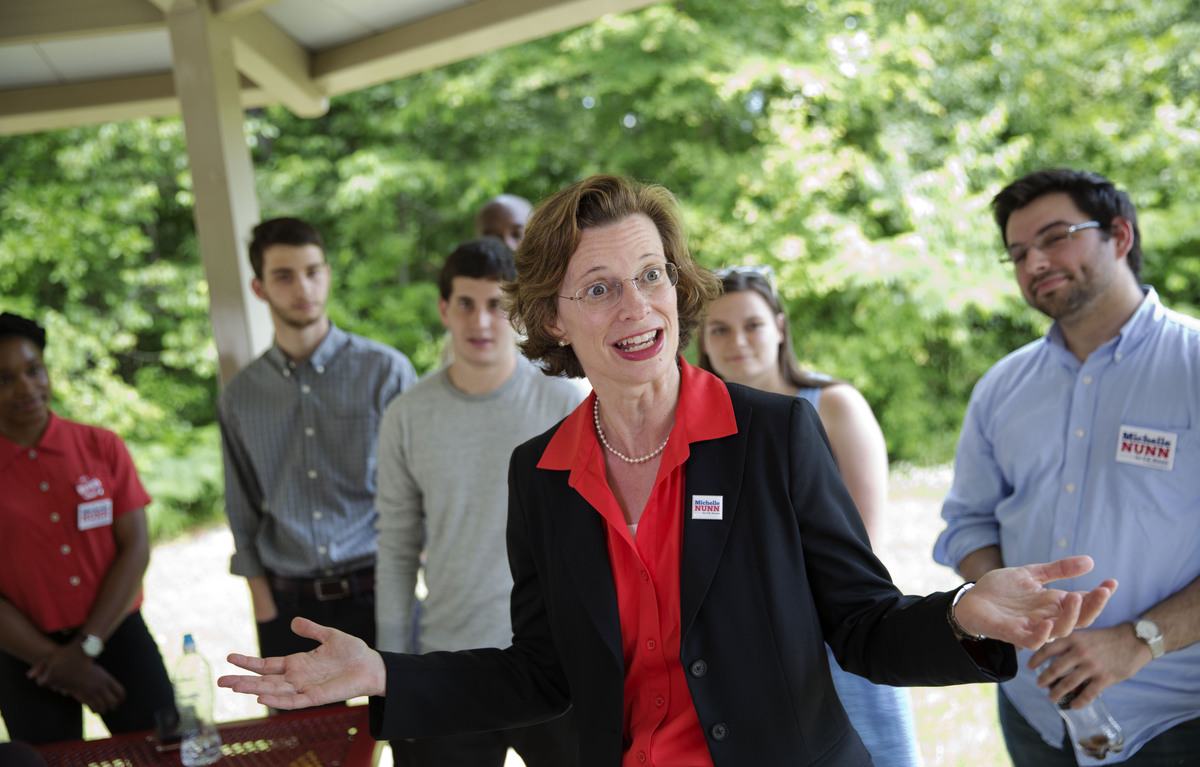 When it comes to the Supreme Court's Hobby Lobby ruling, Georgia Democratic Senate candidate Michelle Nunn must navigate between her state's conservative electorate and her national party.

For the typical Democrat running in 2014, frequent condemnation of the Supreme Court's recent Hobby Lobby decision is a no-brainer as a rallying cry to raise money and energize voters — especially women.

Monday's ruling allows family-owned and other closely held companies to opt out of the federal health law's contraception mandate if they have religious objections.

But some Democrats have to be more constrained than others in their objection to the decision, namely those running for the Senate in more conservative-oriented states.

The large percentages of conservatives and evangelical Christians in those states, as well as church-going Democrats and Latino Catholics, means Democrats campaigning there must tread carefully.

But it was fairly muted. Go to the campaign websites and social media pages of Nunn, Grimes, Sen. Mary Landrieu of Louisiana, Sen. Mark Pryor of Arkansas or Sen. Mark Begich of Alaska and it's hard to tell the Hobby Lobby decision even happened. (Begich's official Senate site does have a post-Hobby Lobby decision statement.)

Sen. Kay Hagan in North Carolina was one Senate Democratic candidate from a state with a red streak who mentioned the Hobby Lobby decision on her campaign website, posting a news release. Her campaign used the news of the ruling as a way to contrast her with Republican challenger Thom Tillis, who approved of the Supreme Court ruling and also supported a "personhood" constitutional amendment that would grant legal protection to a fertilized human egg.

"Kay has always stood up for a woman's access to contraceptive care. This is not a new position for her," says Sadie Weiner, Hagan's communications director.

(Requests for comment were made to other Democratic Senate candidates who hadn't responded by the time this was written. We will update with any responses that roll in.)

Hagan has it somewhat easier, of course, than some of the other red state Democratic Senate candidates. While President Obama lost North Carolina in 2012, he won the state in 2008. The state has a Republican governor and a GOP-controlled Legislature, but Democrats have a voter registration edge over Republicans.

The muted response from red state Democrats contrasts with the reaction from New Hampshire Democratic Sen. Jeanne Shaheen, who has kept up a steady stream of tweets criticizing the decision since the high court ruling.

Senate Majority Whip Dick Durbin of Illinois, whose blue state seat is considered relatively safe, highlights on his website a news report that he will introduce legislation requiring companies that use the Hobby Lobby decision to not pay for their employees' contraceptive coverage to disclose that to workers and applicants.

While the decision inflamed the Democratic base in general — and Democratic women in particular — Democratic political consultant Neil Oxman says the red state Democrats are in "a bit of a conundrum."

The candidates would be wise to wait until late in the campaign to address the issue, he says, in order to keep any backlash before Election Day to a minimum.

And while campaigns would likely use targeted social media to amplify their positions, direct mail would be the preferred route since that allows a campaign to be "a little more incendiary and scary," Oxman says.

This post was revised to reflect that Sen. Mark Begich, D-Alaska, did criticize the Supreme Court's Hobby Lobby opinion in a statement appearing on his official website and Twitter feed. While his campaign website doesn't have a statement issued after the Hobby Lobby decision, a news release issued before the decision suggests his opposition to the eventual decision. In contrast, his campaign Twitter and Facebook feeds don't contain his Hobby Lobby reaction.