Accessibility links
Temporary Fix For Highway Money Is Well-Traveled Road : It's All Politics If kicking the can down the road were a competitive sport, the championship trophy would never leave Washington. A short-term fix for highway spending is just the latest contribution. 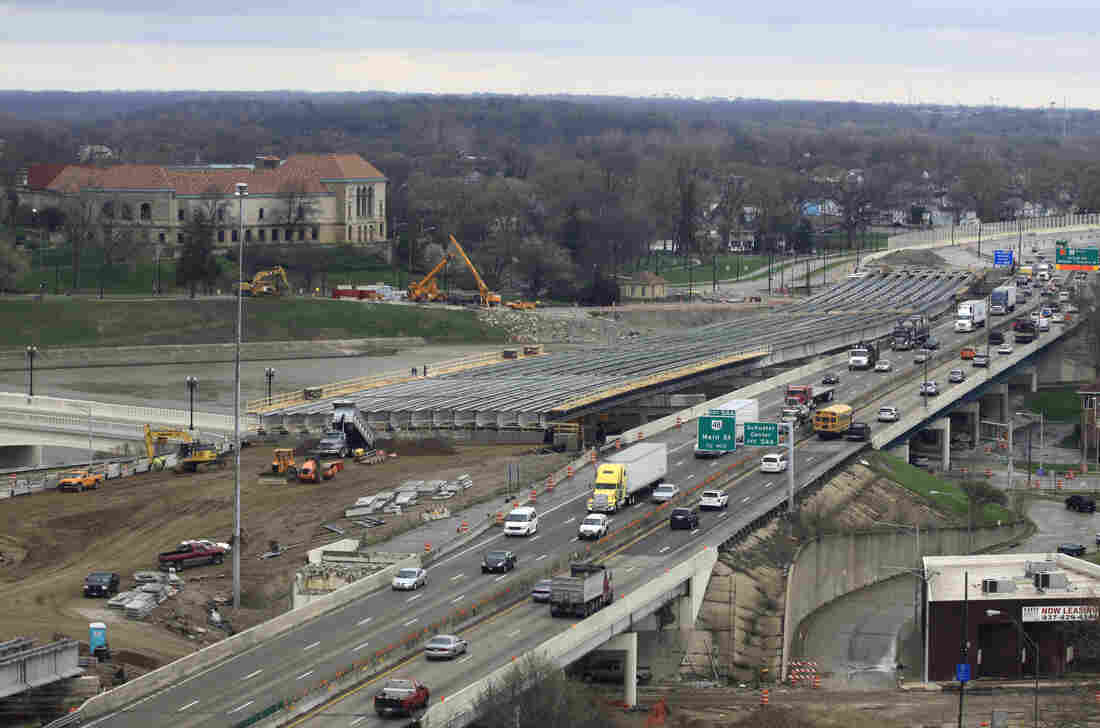 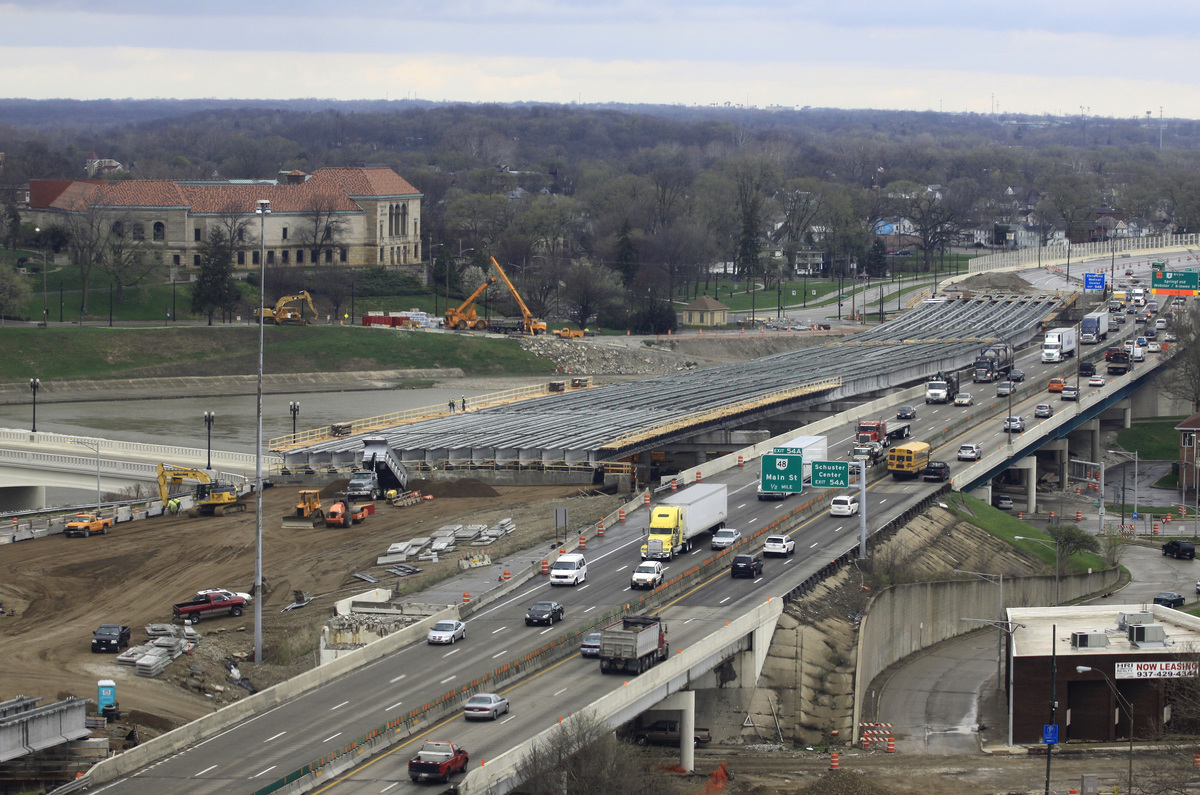 The I-75 highway modernization project in Dayton, Ohio, in April 2014.

If kicking the can down the road were a competitive sport, the championship trophy would never leave Washington.

When the need to make a difficult choice collides with an unyielding deadline, the tendency in a city where partisan gridlock is the norm is to put the tough decisions off for another day.

That has happened once again with the short-term highway spending bill that Congress and President Obama have lined up behind because of their inability to agree on longer-term legislation.

Without new funding by Aug. 1, highway projects around the nation would be forced to stop, sidelining construction workers and potentially complicating commutes and vacation plans for millions of travelers.

The short-term bill to replenish the highway trust fund, which would fund highway spending through May 2015, is a Washington two-fer. Not only is it a classic example of can-kicking, it's a great illustration of how inventive policymakers can be in finding funds when a legislative majority can't be roused for raising taxes — an especially tough vote for many lawmakers during a mid-term election year.

With the highway legislation, lawmakers resorted to an accounting trick called "pension smoothing." By letting companies with traditional pensions delay required payments to those funds, companies will have higher profits, which will boost what they pay in taxes. The House plan would raise $10.9 billion, most of which is needed to pay for highway projects through the end of the year. About $6.4 billion of the total would come from pension smoothing.

The downside is that near-term smoothing could lead to long-term bumpiness; the trick could leave pensions underfunded in the future, resulting in higher costs to taxpayers if the federal government has to eventually step in to take over those pension funds.

It's the kind of budgetary sleight-of-hand that drives fiscal sanity types to distraction. "Lawmakers should not be using any gimmick, let alone a 'pay-for' that may increase future deficits," the Committee for a Responsible Federal Budget (CRFB) said in a blog post.

Too late. The House approved the spending package on a 367-55 vote Tuesday afternoon. The Senate is expected to consider similar legislation soon.

The CRFB, by the way, provides a handy compilation of several of budgetary gimmicks used in recent years to can kick. The Washington Post also provided some examples of can-kicking.