Accessibility links
Sen. Lamar Alexander Overcomes Tea Party Challenge : It's All Politics The two-term Tennessee senator's win marks a milestone for the Republican establishment: a Senate primary season in which every serious Tea Party challenge to an incumbent was fended off. 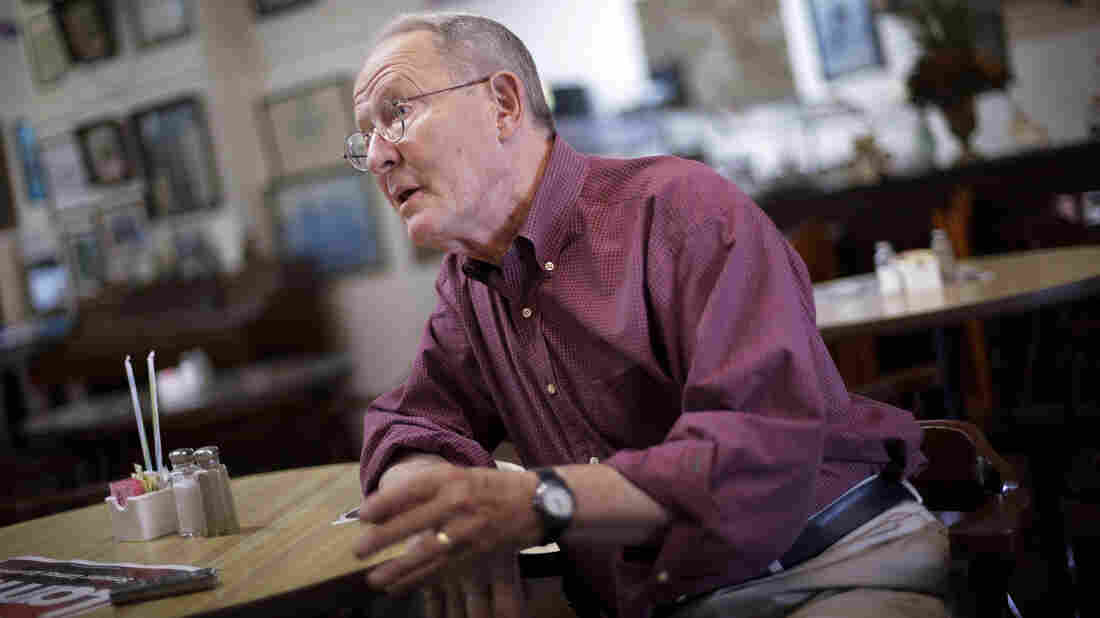 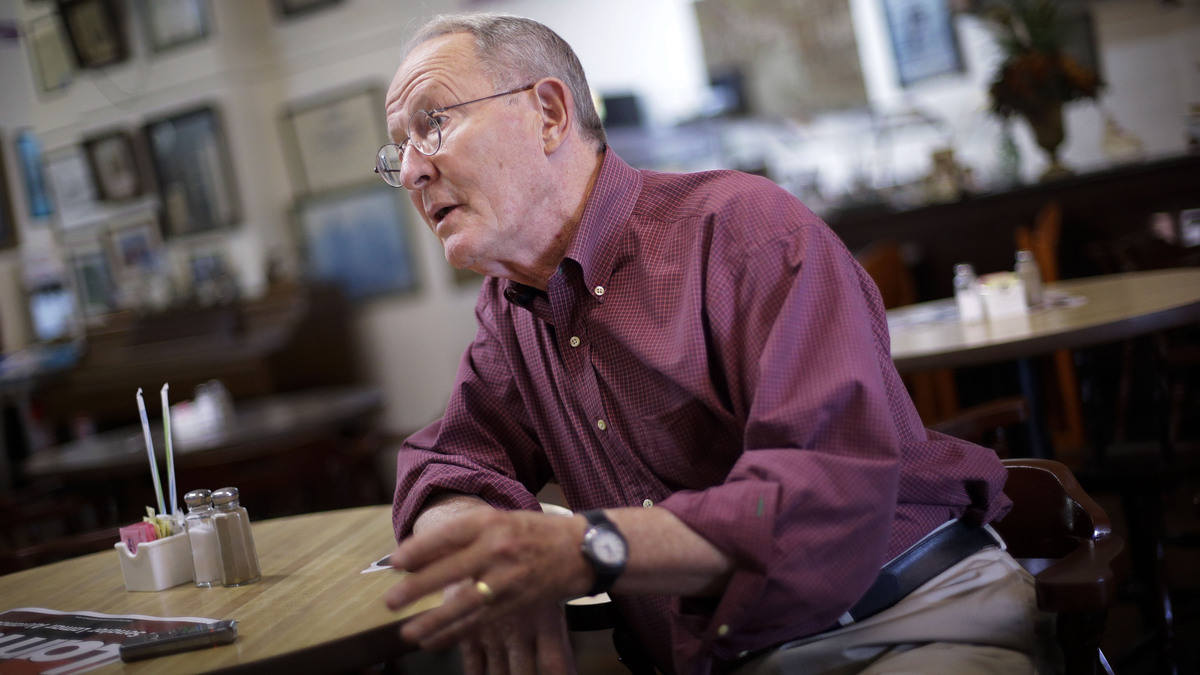 Sen. Lamar Alexander after an Aug. 5 campaign stop in a restaurant in Lawrenceburg, Tenn. The Tennessee senator won his GOP primary race Thursday.

With 93 percent of precincts reporting, The Associated Press called the race for Alexander, the last veteran GOP senator facing a credible Tea Party-backed primary challenge this year. He won 50 percent to 40 percent for Carr.

George Flinn, a self-funding radiologist from Memphis, captured 5 percent, while four other little-known candidates captured the rest of the vote.

Alexander, a two-term senator and former governor, began his pursuit of a third term with a show of force in December 2012: He announced the backing of Tennessee GOP Gov. Bill Haslam and nearly every Republican in the state congressional delegation.

A pragmatic conservative with a history of reaching across the aisle, Alexander vigorously defended his record, including his vote on the Senate's 2013 bipartisan immigration legislation. Through mid-July, his re-election campaign had spent $6.2 million, compared with Carr's $1 million.

Carr, who campaigned as an immigration hard-liner, had the backing of Sarah Palin and conservative radio host Laura Ingraham but failed to generate much momentum until late in the campaign.

Alexander will be a heavy favorite to win a third term in November.

DesJarlais, a physician who has represented the conservative-oriented 4th Congressional District since 2010, led state Sen. Jim Tracy by just 33 votes with 100 percent of precincts reporting.

The congressman's political future was imperiled after court documents from a messy 2001 divorce surfaced, revealing that DesJarlais — an abortion opponent — supported his previous wife's decisions to have two abortions, had been romantically involved with a number of his patients and also pressured a mistress who was a patient of his to have an abortion.

Though Tracy outspent DesJarlais and worked to make the most of the congressman's indiscretions — attacking him in ads and mailers — the incumbent's otherwise conservative voting record and the relative quiet of anti-abortion groups in the race kept DesJarlais' hopes of winning renomination alive.

In the Chattanooga-based 3rd Congressional District, with 98 percent of precincts reporting, The Associated Press called the race for Fleischmann over challenger Weston Wamp, the son of the congressman who held the seat prior to Fleischmann.