Accessibility links
More Details Surface On Missing IRS Hard Drive : It's All Politics A more detailed account about what happened to Lois Lerner's computer is now available. But critics say there are still lots of unanswered questions. 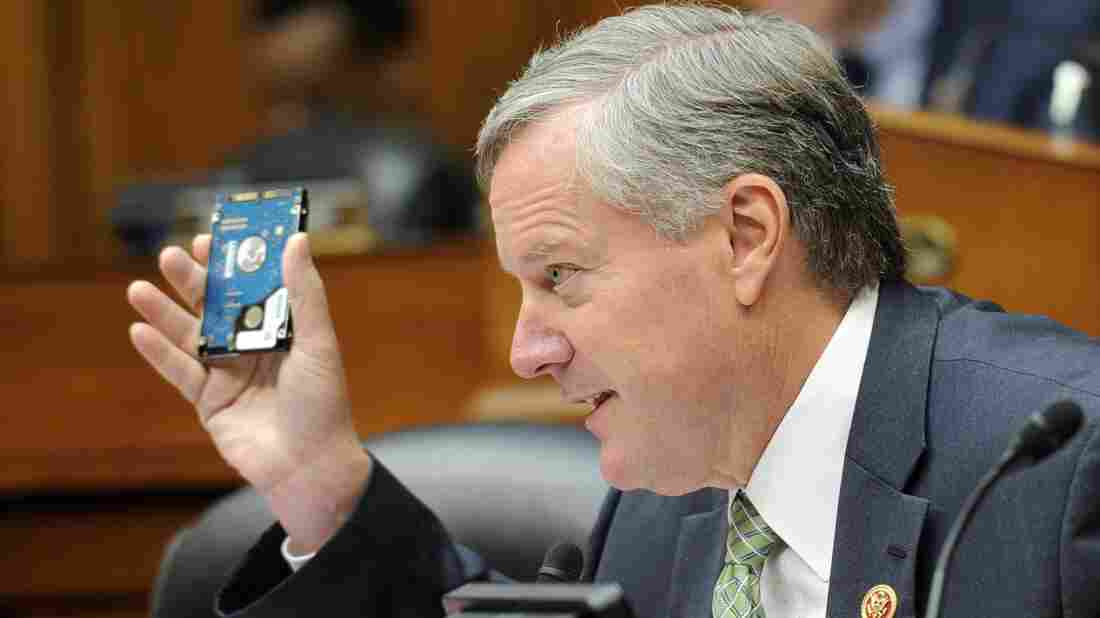 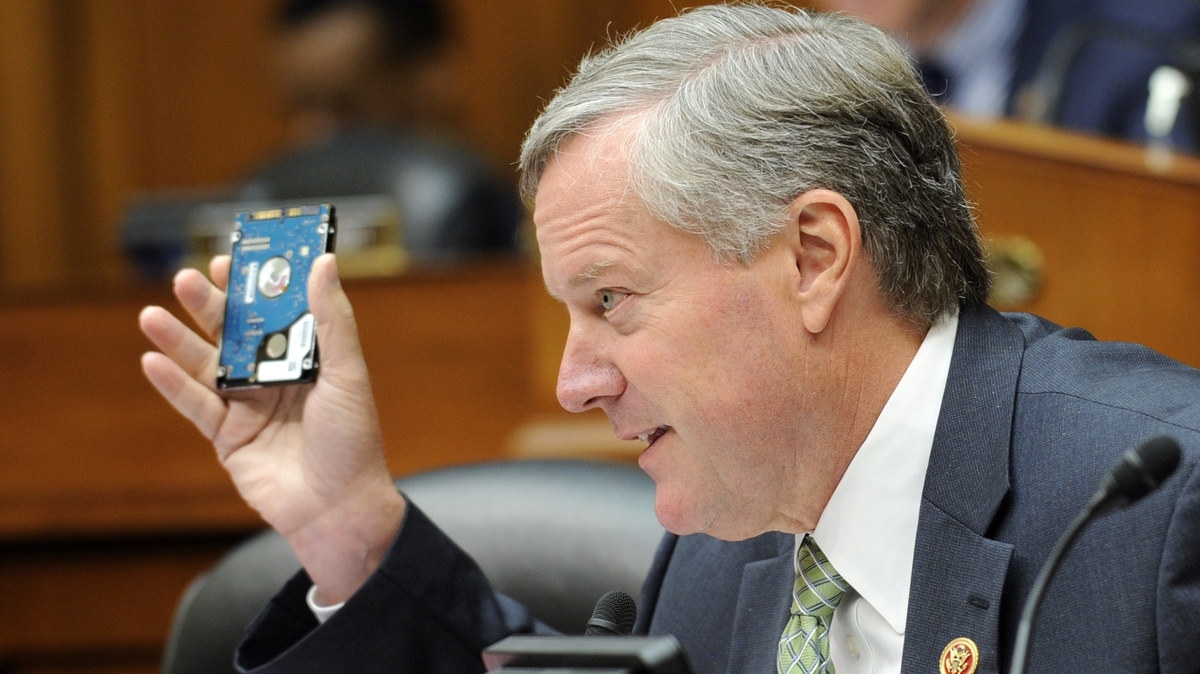 Rep. Mark Meadows, R-N.C., holds up a hard drive as he questions IRS Commissioner John Koskinen during a July 23 hearing.

Finally, we now have a detailed IRS account of its attempts to resurrect the long-gone hard drive in Lois Lerner's computer.

But it's not definitive.

Lerner headed the tax-exempt organizations division in 2011, when it was dealing with hundreds of applications from conservative groups. They wanted status as 501(c)(4) social welfare organizations, so they could raise unlimited sums without identifying the donors and engage in extensive political activity.

That spring, Lerner's hard drive crashed, taking with it thousands of her unarchived emails. The crash became publicly known only this spring, a year after congressional committees began pursuing allegations that the Obama administration had obstructed those applications for political reasons.

The new account comes from declarations by five IRS officials, filed under a judge's order in a lawsuit by Judicial Watch, a conservative watchdog group. Here's a consolidated summary of what they told the court:

An IT specialist repeatedly tried to reboot the laptop. He examined it for physical damage to the computer and saw none, then tried to run its built-in diagnostic tool, a boot-up disc and a recovery disc. Nothing worked. Nor could a known-to-be-functioning computer read the hard drive. Lerner got a new hard drive. Her old one went to the criminal investigative division, which had more sophisticated equipment.

At CID, an investigative analyst specializing in electronic crimes used a diagnostic system and found "critical problems," mechanical or electronic, or both. He tried several methods of swapping components with a similar, functional hard drive. Again, nothing worked. He opened up the hard drive to find "well-defined concentric scoring" on the drive disk.

Lerner's hard drive was declared dead. IRS technicians magnetically erased it, to destroy any taxpayer information it held, and put it in a collection of equipment headed to a recycling contractor.

All of this matches Hill testimony this spring by IRS Commissioner John Koskinen. The primary difference: The declarations come from people who worked on the hard drive in 2011, while Koskinen didn't arrive at the agency until late last year.

Lerner's hard drive held some two years' worth of emails. The IRS says it recovered 24,000 emails by searching the to, from, cc and bcc fields of other IRS officials involved in the controversy. Judicial Watch contends that email systems at other agencies should be searched too.