Accessibility links
Ranting And Throwing Papers: An Angry Candidate Runs For Congress : It's All Politics State Rep. Mike Bost's rants on the Illinois House floor are the stuff viral dreams are made of. Bost says he has good reason to be upset, and wants voters to share his anger. 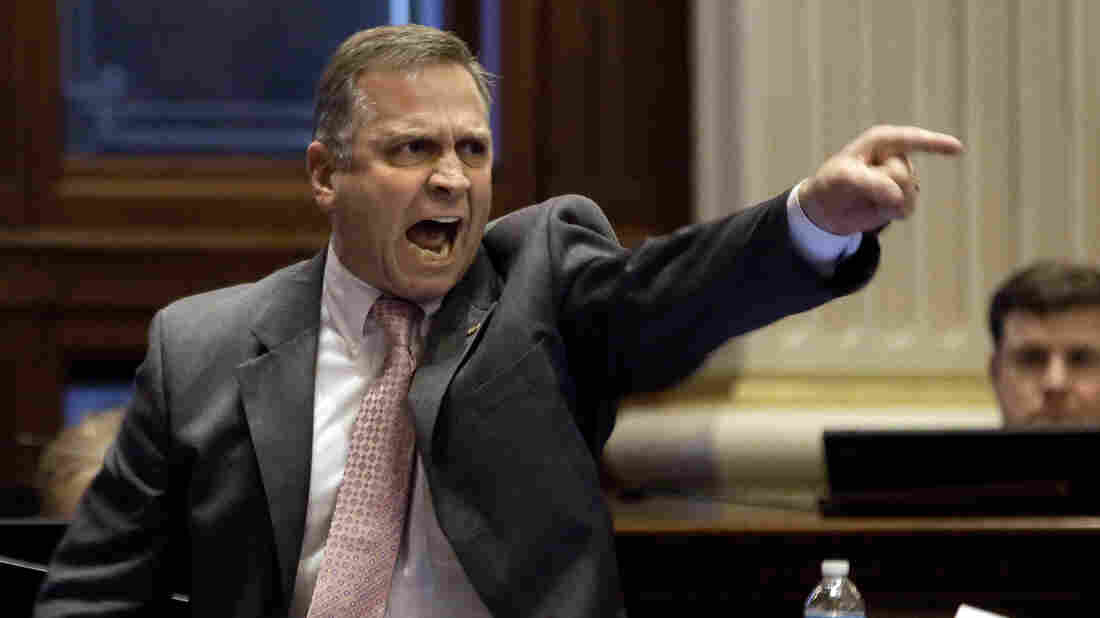 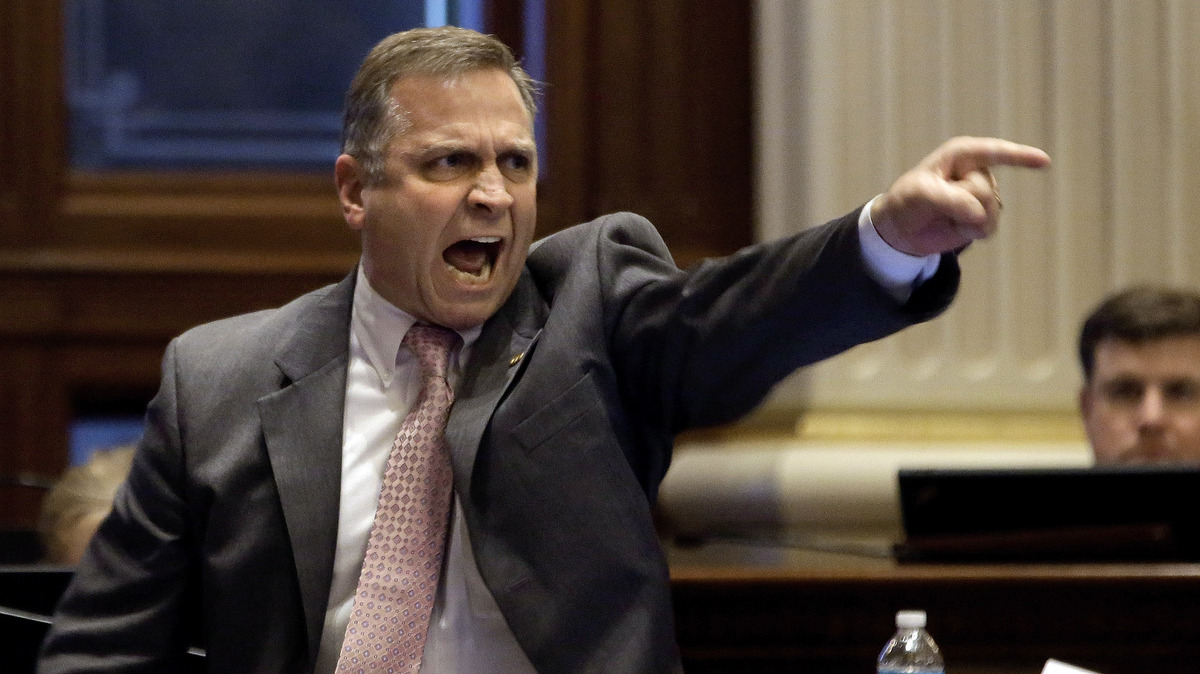 The anger of Illinois Republican state Rep. Mike Bost is spontaneous and raw.

In 2013, for example, he raged against a floor amendment to a concealed carry gun bill.

Now, Bost is running for a seat in Congress against first-term Rep. Bill Enyart, a retired general and Democrat, and Bost's anger has become a campaign issue.

Voters in the 12th Congressional District in southern Illinois are hearing a lot of another Bost rant, a furious harangue from 2012 about language inserted into a pension reform bill on the final day of the House session.

"Enough! I feel like somebody trying to be released from Egypt! Let my people go!" he hollers. "These damn bills that come out of here all the damn time come out here at the last second and I've got to try figure out how to vote for my people!"

The video of those remarks went viral that year. In it, Bost is seen throwing the bill into the air. He whiffs at the pages as they fall, then picks up the papers and throws them again.

Enyart is running ads that point to Bost's rant as proof that he doesn't belong in Congress. Using footage of the lawmaker's outbursts, the announcer says, "Mike Bost. Twenty years yelling. Twenty years being the problem."

"I think this was appropriate," says Bost supporter Jill Bunyan of Bost's pension rant. "You can get angry, and that's OK. And I think at that time, for that few moments, that was an appropriate response."

Bunyan lives in the tiny town of Cobden, population 1,100. People in Bunyan's part of the district, which hugs the Mississippi River, are frustrated with the state's fiscal troubles and weak local economy.

But head north to some of the district's larger cities, like Belleville, population 44,000, and Bost's anger is embraced less and criticized more. Interviewed on Main Street, Richard Rockwell thinks "the rant" is all political theater.

"I'm hoping that's the reason, and not that he's acting the fool in a deliberative chamber," Rockwell says. "That would be rather disconcerting to me."

Bost, in his own ad, refers to a video of the rant and embraces it. He half smiles and explains in folksy fashion that he's angry about the direction his opponents are taking the country.

"What the Chicago politicians and Gov. [Pat] Quinn have done really made me mad," Bost says. "And what Bill Enyart and President Obama are doing to our country upsets me as well."