Accessibility links
5 Widgets And Apps For Election Day : It's All Politics Worried you don't know the essentials for the 2014 midterm elections? Here's a mobile cheat sheet to plug you in for Election Day.

5 Widgets And Apps For Election Day

5 Widgets And Apps For Election Day 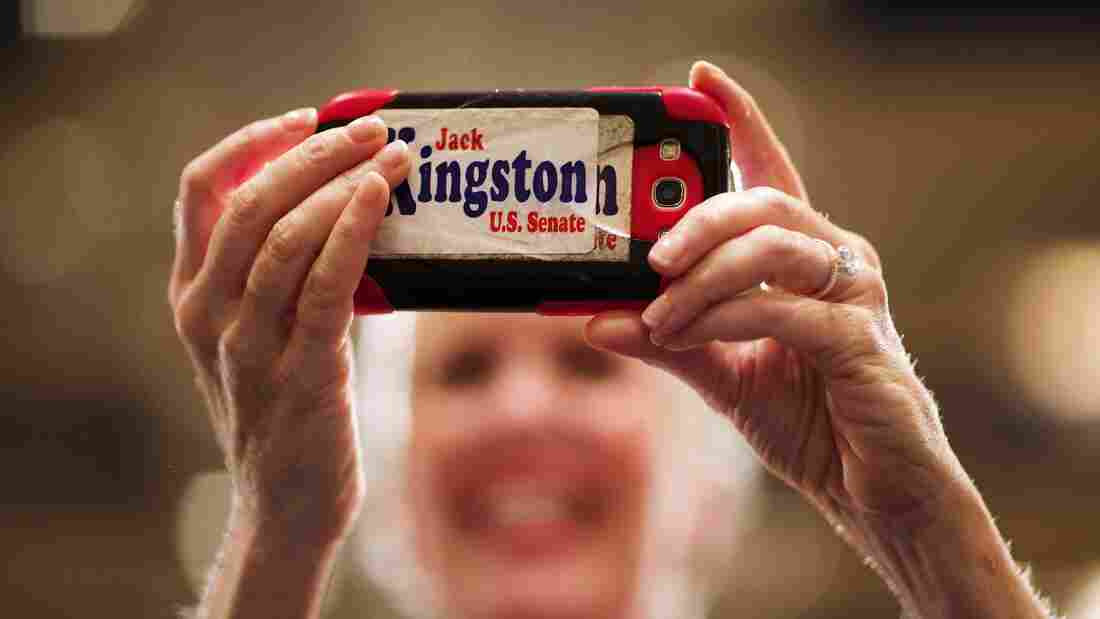 Laney Barroll Stark, of Savannah, Ga., took a picture with her cell phone as Rep. Jack Kingston, who ran for the Republican nomination for U.S. Senate in Georgia, addressed supporters at his primary runoff election night party in July. David Goldman/AP hide caption 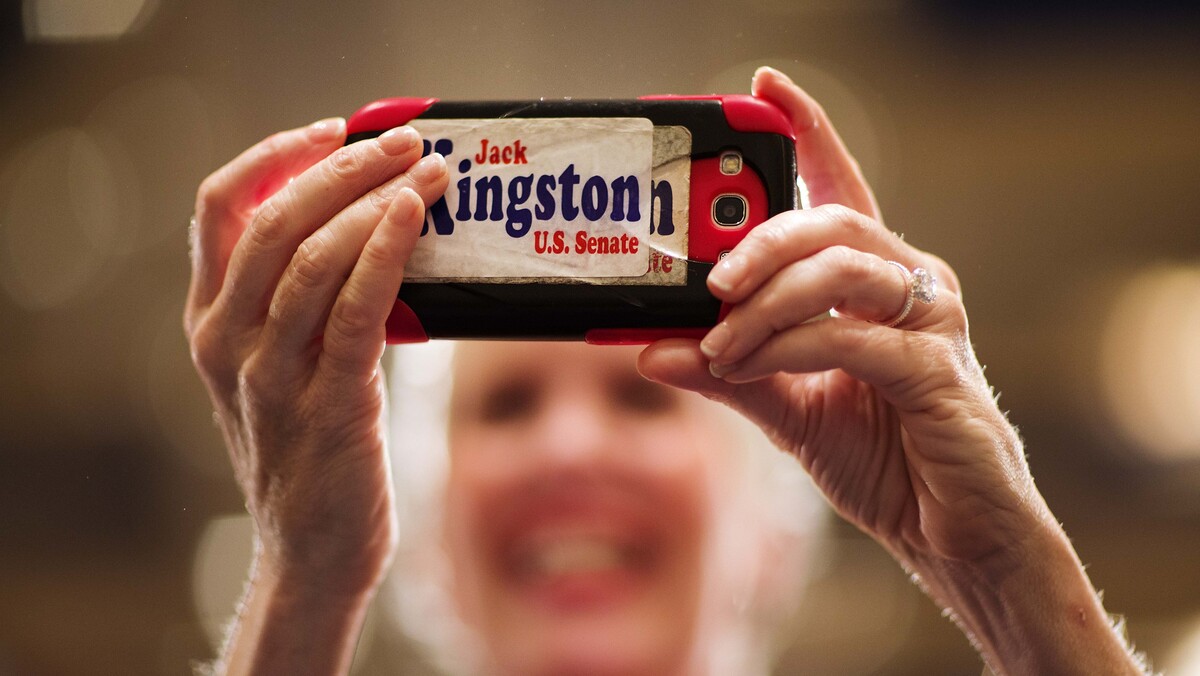 Laney Barroll Stark, of Savannah, Ga., took a picture with her cell phone as Rep. Jack Kingston, who ran for the Republican nomination for U.S. Senate in Georgia, addressed supporters at his primary runoff election night party in July.

The 2014 midterm elections are closing in, and time's running out to brush up on the candidates and issues that matter this year. Worried you don't know the essentials? Fear not: We've compiled a list of some apps, widgets, and websites that will arm you with knowledge at the ballot box come Tuesday.

Have an Android? You can now ask Google for an overview of the candidates and initiatives. Just say, "OK Google, what's on my ballot?" or, "OK Google, who's on my ballot?" and enter your address to get personalized election information. It's one of a number of new tools Google has launched to simplify the voting process. You can also ask Google questions like, "What is my registration deadline?" and "What forms of identification do I need?"

What's a ballot initiative and where can you find one? The iVoter sample ballot lookup will find ballot measures state by state, explain them in detail, and describe the support and opposition arguments for each.

Plug in your address on the Rock the Vote website, and the form will find the nearest polling places, as well as information on the candidates and ballot initiatives for this election.

Data collection is used in modern campaigning to help volunteers canvass more effectively. But how about an app that can monitor voting problems on Election Day? This mobile data collection app reports, tracks and responds to voting irregularities and instances of voter suppression at polling places. It uses GPS or wireless to plot each contact report, so volunteers at polling places and the SCSJ can relay the status of Election Day events in real time to both in-house legal response teams and volunteers on the ground.

The VIP is a partnership of state election officials and leading tech companies working to develop open source tools for government officials, campaigns and voters alike to have access to the same information. The mobile app was developed to inform registered voters of ballot initiatives, candidates for all the relevant offices open for election and where to vote. You can download the app at the App Store or Google Play Store by searching for "Voting Info Project."