Accessibility links
We Need A New Word For The Latest Republican Wave : It's All Politics In 2006, President Bush's Republicans took a "thumpin'." Four years later, President Obama's Democrats saw "a shellacking." So what do you call the damage done to Obama and his party last night?

We Need A New Word For The Latest Republican Wave

We Need A New Word For The Latest Republican Wave 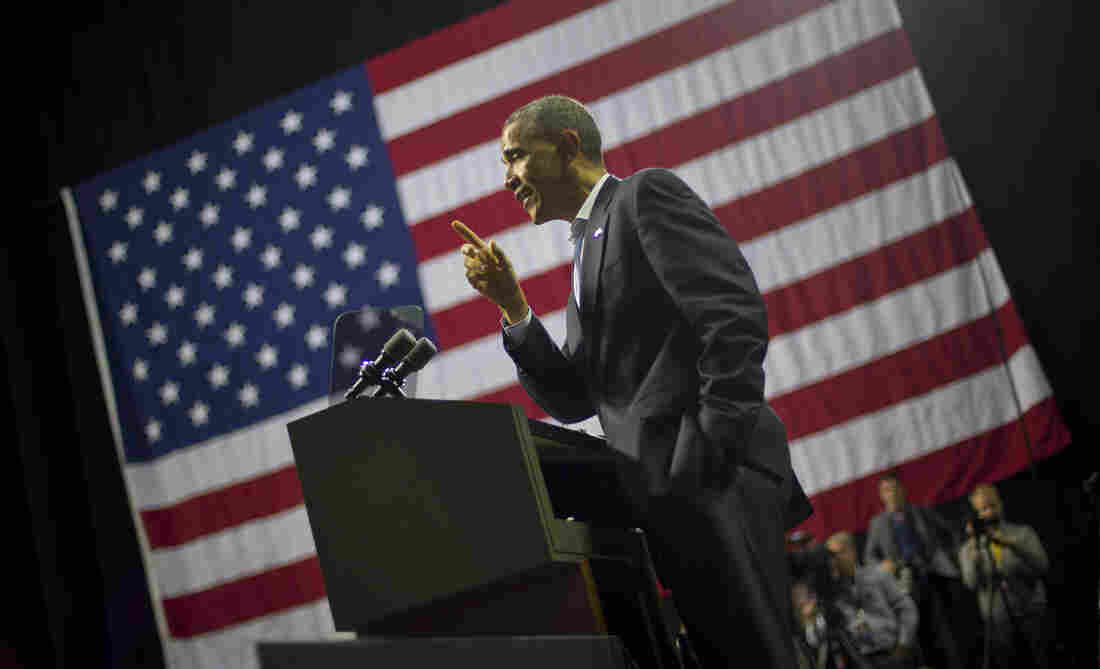 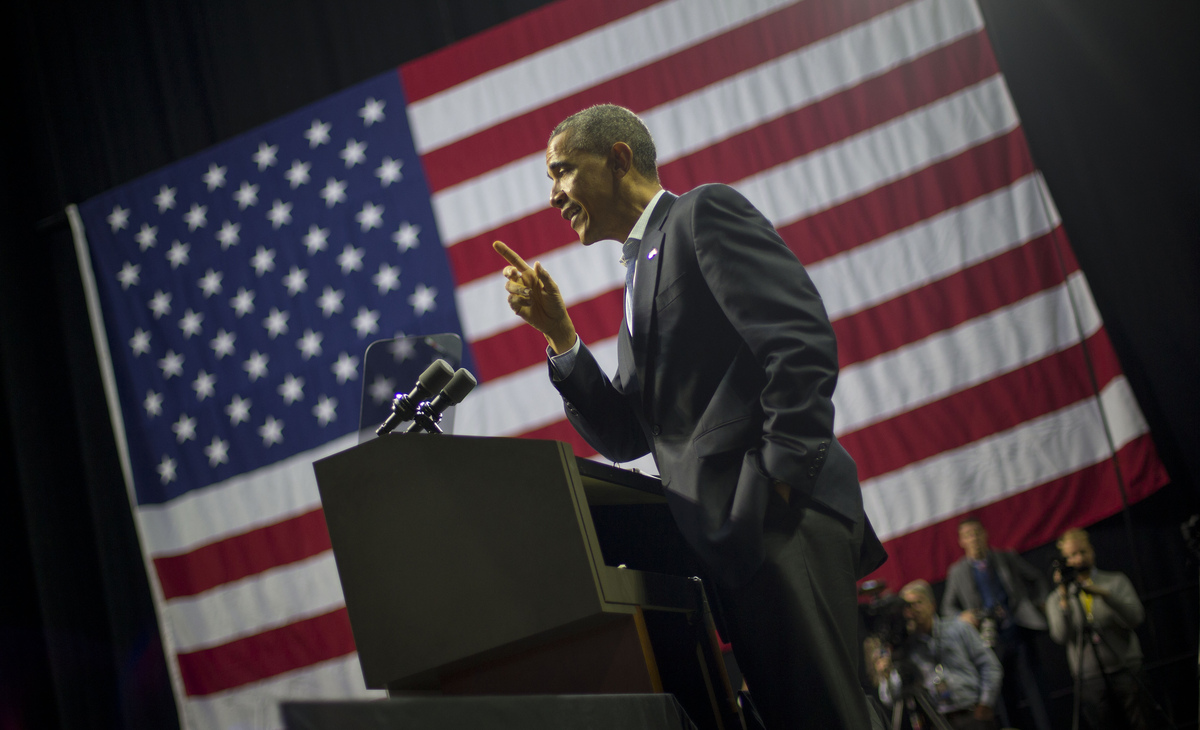 President Obama stumped for gubernatorial candidate Tom Wolf this weekend in Philadelphia. Wolf's victory Tuesday was among the few bright spots for Democrats.

We need a new term for the midterm mojo that once again struck the president and his party last night. This time, it was a derecho — sudden and destructive, blowing down the vulnerable and blasting through some incumbents' fortifications.

The White House had braced for the loss of half a dozen seats or more in the Senate, implying the loss of the majority in that chamber and the last of Obama's leverage on Capitol Hill. There also was resignation about the probable loss of a dozen more or so seats in the House, pushing the GOP to its biggest majority since the 1940s and making it look all but impregnable.

No one was really prepared for the carnage that ensued. Early in the evening, when pivotal Democratic incumbent Jeanne Shaheen was surviving in New Hampshire, it seemed there might still be a silver lining. But she scraped by just barely, and it turned out to be the briefest of breaks in the clouds. Eight other Democratic Senate seats went to the GOP, and a ninth is likely to turn over in a month when Louisiana holds a runoff between incumbent Democrat Mary Landrieu and her Republican challenger, Rep. Bill Cassidy.

Yet the most striking damage was done where it was least expected — and where Democratic hopes had been relatively high: in the races for governor.

Republicans began the night with 29 of the 50 governorships. Democrats expected to whittle that number a bit, targeting controversial GOP incumbents in Maine, Pennsylvania, Georgia, Florida, Ohio, Michigan and Wisconsin. In the end, only Republican Tom Corbett of Pennsylvania went down. Meanwhile, the Democrats watched in horror as their seats in Massachusetts, Maryland and Arkansas were captured, and as incumbent Pat Quinn was ousted in Obama's home state of Illinois. Dannel Malloy in Connecticut and John Hickenlooper in Colorado also were endangered in races too close to call in the wee hours of Wednesday morning.

No doubt the same dynamic that drove the Senate and House results was at work in the gubernatorial contests. People who came out to register their distress with Obama or congressional Democrats — or with any aspect of current reality — were more likely to vote Republican for governor, as well. The anti-incumbent element of the nation's indigestion was often trumped by the desire to punish Democrats, whether in office or not.

And the unpopularity of Congress, an institution that has an approval rating below 20 percent — half that of "the unpopular president" — once again seemed hard to reconcile with high rates of re-election. Most members of both parties who were on the ballot won. Those who lost were overwhelmingly Democrats.

What does all this portend for the days ahead? It surely undercuts the message of the Democratic Party. It calls into question Democrats' ability to mobilize voters or to win close races with a big majority among women, young voters and non-Anglo communities. Just as clearly, it invigorates all those whose faith is in an alternative, conservative vision.

But the actual working out of divided government will be a work in progress for the next two years, so let's take its problems in phases.

The Lame Duck. In the weeks ahead, the Democrats will have a chance to confirm as many Obama appointees to executive branch jobs and judicial vacancies as time will allow. The Senate GOP will object and drag its feet and seek to minimize the number. There also will be negotiations for a longer-term budget deal, and there could be action on fronts such as immigration, Ebola and the military response to ISIS. All the old players from the 113th Congress will be back, many making a final curtain call. But the dynamic will be different in anticipation of the new power arrangements that take effect in January.

The First Half of 2015. There is a window for the two parties and the two chambers to work together and demonstrate their willingness to cooperate, but it will be closing soon. If Mitch McConnell truly wishes to be a transformational leader in the Senate, he will need to unite his own party's deal-makers and its ideologues. Then he will need to negotiate a deal with his chamber's Democrats and another with the House's Republicans. Ultimately, it will all have to pass muster with the president, who will still have his veto pen and the knowledge his veto will not be overridden.

The 2016 Cycle. The new election cycle begins the day after Election Day. That is especially true when there will be a White House vacancy to fill in the next round of voting. Candidates are already preparing and flocking to early-primary states. So even if the GOP manages to delay its first TV debates and reduce the number of these bruising affairs, the gloves will come off and the competition for primary votes will commence. At this point, any cooperation with the Democrats or the president will be much more difficult.