Accessibility links
7 Questions About The President's Immigration Plan Answered : The Two-Way The president's executive action will grant temporary relief to some of the nearly 12 million immigrants who are living in the United States illegally. Here's what you should know. 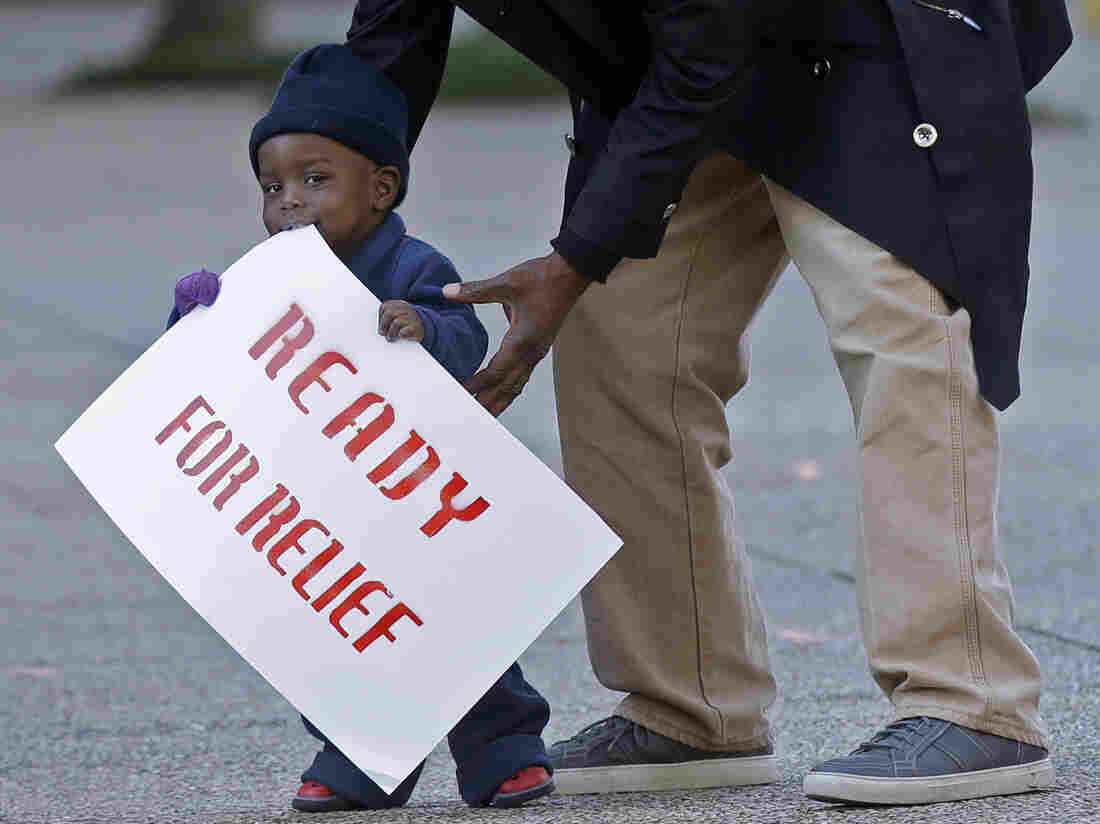 One-year-old Lavon Massey holds a sign as part of a protest outside the U.S. Citizenship and Immigration Services office in New Orleans on Wednesday. Organizers were drawing attention to the possibility that many undocumented immigrants may not be shielded by the president's executive order. Gerald Herbert/AP hide caption 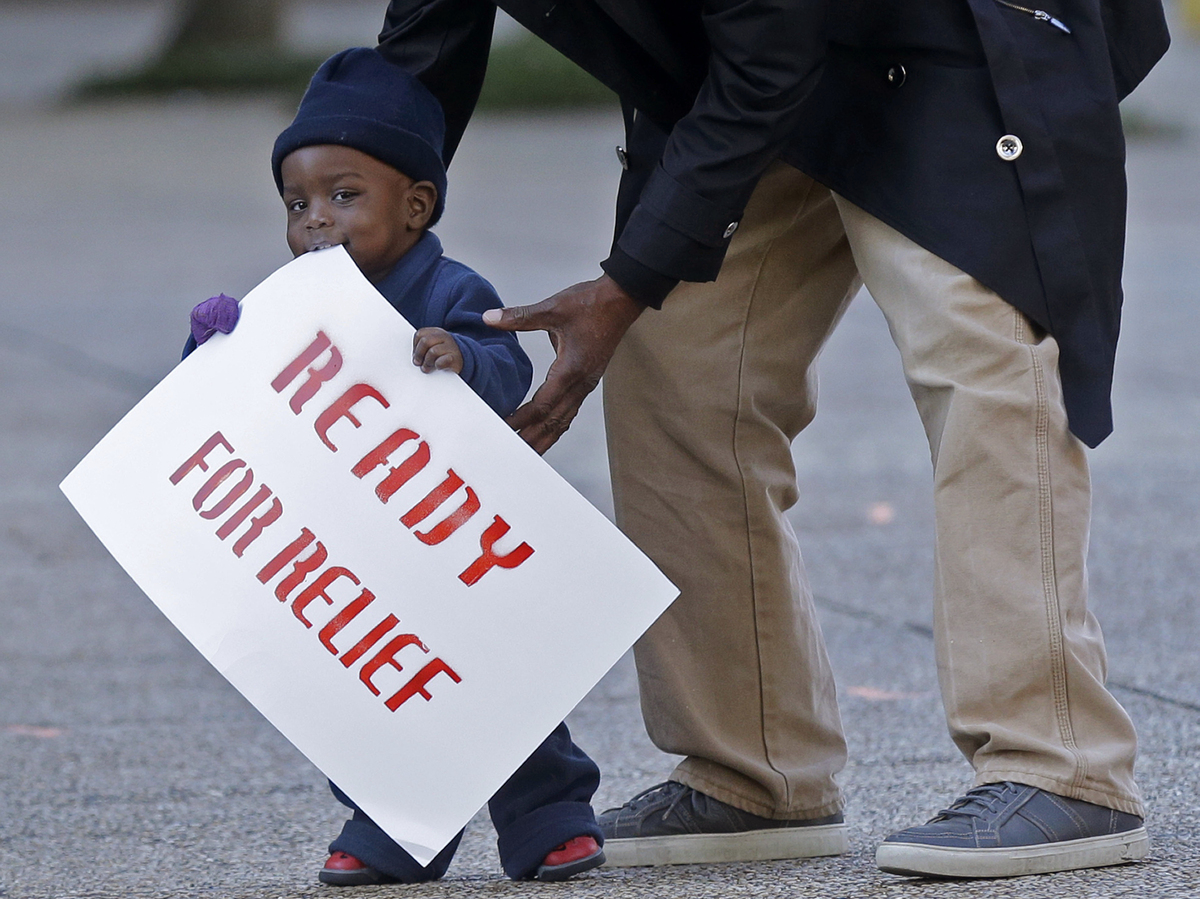 One-year-old Lavon Massey holds a sign as part of a protest outside the U.S. Citizenship and Immigration Services office in New Orleans on Wednesday. Organizers were drawing attention to the possibility that many undocumented immigrants may not be shielded by the president's executive order.

President Obama is set to announce executive action tonight, granting temporary relief to some of the nearly 12 million immigrants who are living in the United States illegally. Here's what we know so far:

1. What kind of relief is the president offering?

Obama's move lifts the threat of deportation — at least temporarily. But it does not provide the full path to citizenship as envisioned under a comprehensive immigration bill.

2. Who is eligible for relief?

There are two main groups:

Granting relief to these two groups will still leave millions of undocumented immigrants for authorities to focus their attention on. The administration will be issuing new guidance, reiterating that scarce deportation resources should be used for those who pose a threat or break the law, not people who have become part of the fabric of society.

3. Will immigrants eligible for relief under this plan be allowed to work?

In most cases, yes.

4. Can they collect Social Security, Medicare or other government benefits?

Immigrants covered under this program will receive valid Social Security numbers. After 10 years of paying payroll taxes, they would become eligible to collect retirement benefits and Medicare. They may also be eligible for the Earned Income Tax Credit — a tax subsidy for low-wage workers. But they are ineligible for insurance subsidies and other benefits under the Affordable Care Act, which explicitly excludes immigrants who entered the country illegally. And they are not required to carry health insurance under the ACA's "individual mandate."

5. What about driver's licenses? Or discounted, in-state tuition at public universities?

Those decisions are made at the state level and are not necessarily tied to federal policy. For example, the National Immigration Law Center cites at least 10 states that already allow immigrants to apply for driver's licenses, regardless of their legal status. Conversely, two states — Arizona and Nebraska — continue to deny licenses to immigrants who were granted temporary legal status under DACA.

6. Why is President Obama taking this action now?

Obama says he would prefer to see Congress pass a comprehensive immigration bill, which would go further and be more permanent than this executive action. But the bipartisan bill that passed the Senate in 2013 has languished in the House for nearly a year and a half. Obama says that delay has been costly both to the economy and to those who live in fear that they or a loved one may be deported.

7. Republicans have warned Obama not to take this action on his own, saying it will "poison the well" for future cooperation. What recourse do the president's congressional critics have?

Republican lawmakers argue that the president is overstepping his authority. Obama himself took the same position last year, when he told immigration advocates, "The problem is that I'm the president of the United States. I'm not the emperor of the United States. My job is to execute laws that are passed." But the White House counsel and other legal experts say Obama is acting within his power to set priorities in how immigration laws are enforced. As a practical matter, the courts have generally been reluctant to intervene in turf battles between Congress and the White House. Lawmakers could try to limit the president's action, using their power over the government's purse strings. But it won't be easy. The relief will be administered primarily through the Department of Homeland Security's Citizenship and Immigration Services agency, which is self-funded through application fees and does not rely on annual appropriations from Congress.