Accessibility links
Who's Dreaming Now? Obama Opponents Do A Weapons Check On Immigration : It's All Politics At the Republican Governors Association meeting in Florida, 2016 presidential contenders vied to be the most outraged. But here too, the focus was less on the policy than on the unilateral process.

Who's Dreaming Now? Obama Opponents Do A Weapons Check On Immigration

Who's Dreaming Now? Obama Opponents Do A Weapons Check On Immigration 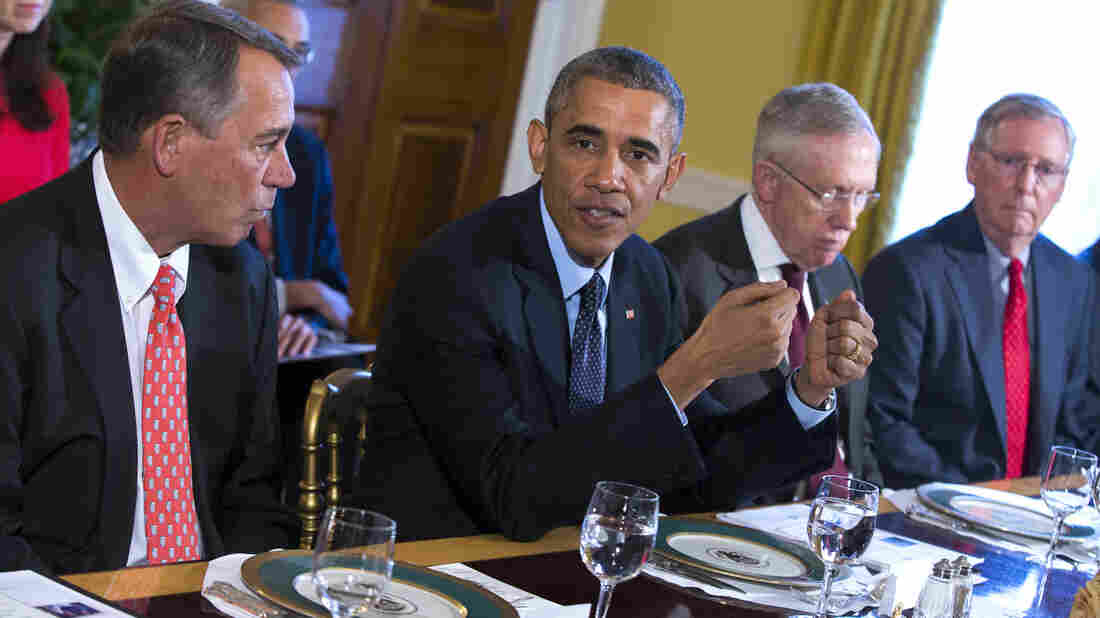 Even though they were sitting close together at a White House luncheon earlier this month, Democrats and Republicans remain far apart on many issues including immigration. From left are House Speaker John Boehner, President Obama, Senate Majority Leader Harry Reid and Senate Minority Leader Mitch McConnell. Evan Vucci/AP hide caption 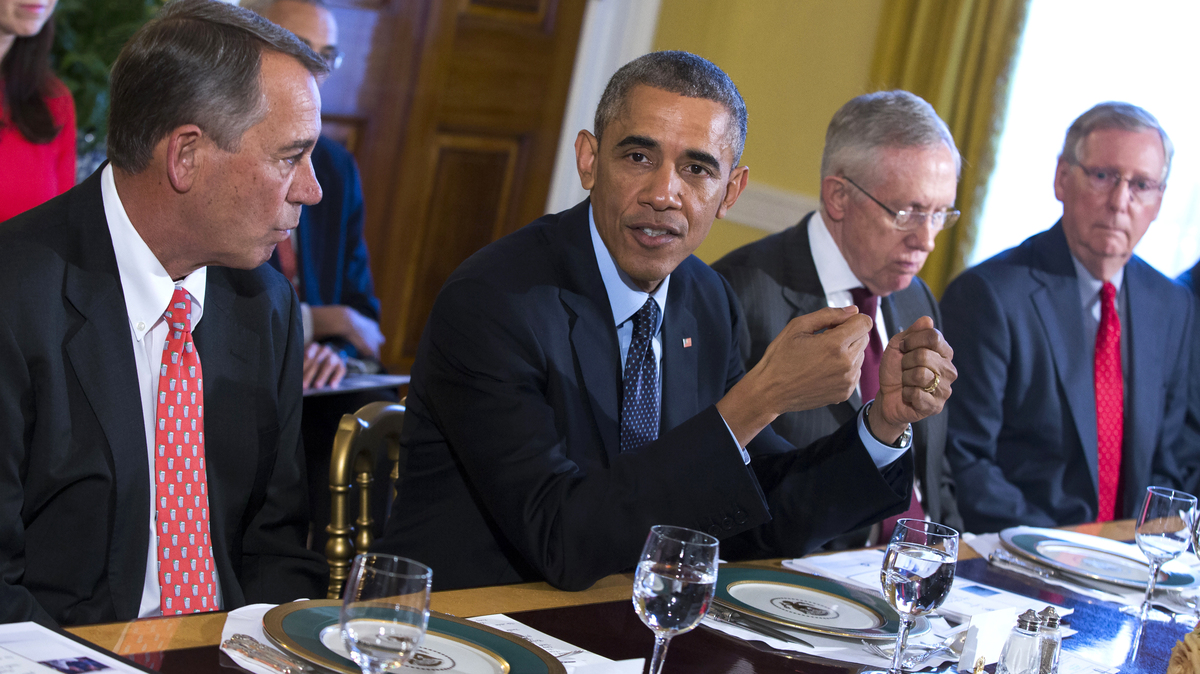 Even though they were sitting close together at a White House luncheon earlier this month, Democrats and Republicans remain far apart on many issues including immigration. From left are House Speaker John Boehner, President Obama, Senate Majority Leader Harry Reid and Senate Minority Leader Mitch McConnell.

Even before President Obama actually announced his new deferred deportation policy for millions of people in the country illegally, Republicans were everywhere denouncing it and threatening retaliation.

"If President Obama acts in defiance of the people and imposes his will on the country, Congress will act," said Mitch McConnell, soon to be the majority leader in the Senate. "We're considering a variety of options. But make no mistake. Make no mistake. When the newly elected representatives of the people take their seats, they will act."

But what will they do?

The "variety of options" McConnell mentioned was left unspecified. But through all the angry rhetoric, the target was not so much the new policy — or its practical effects — as the manner by which the president made the change. 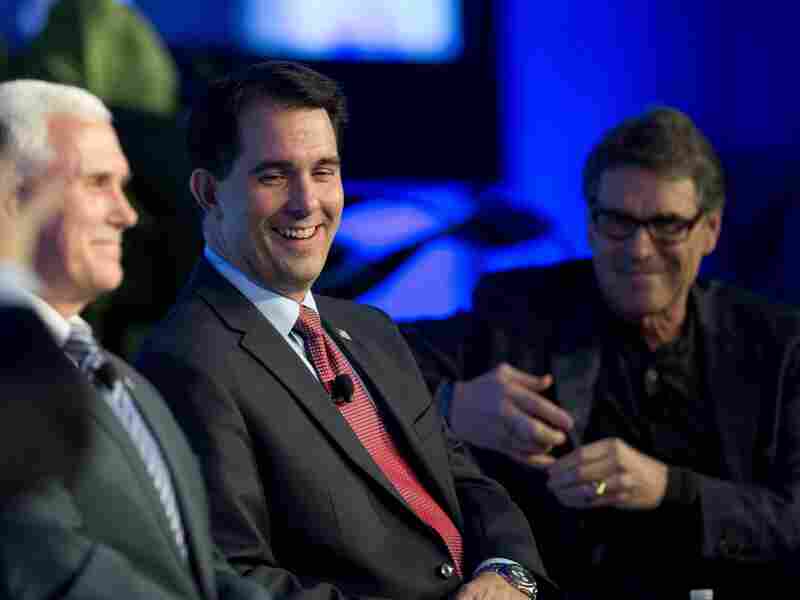 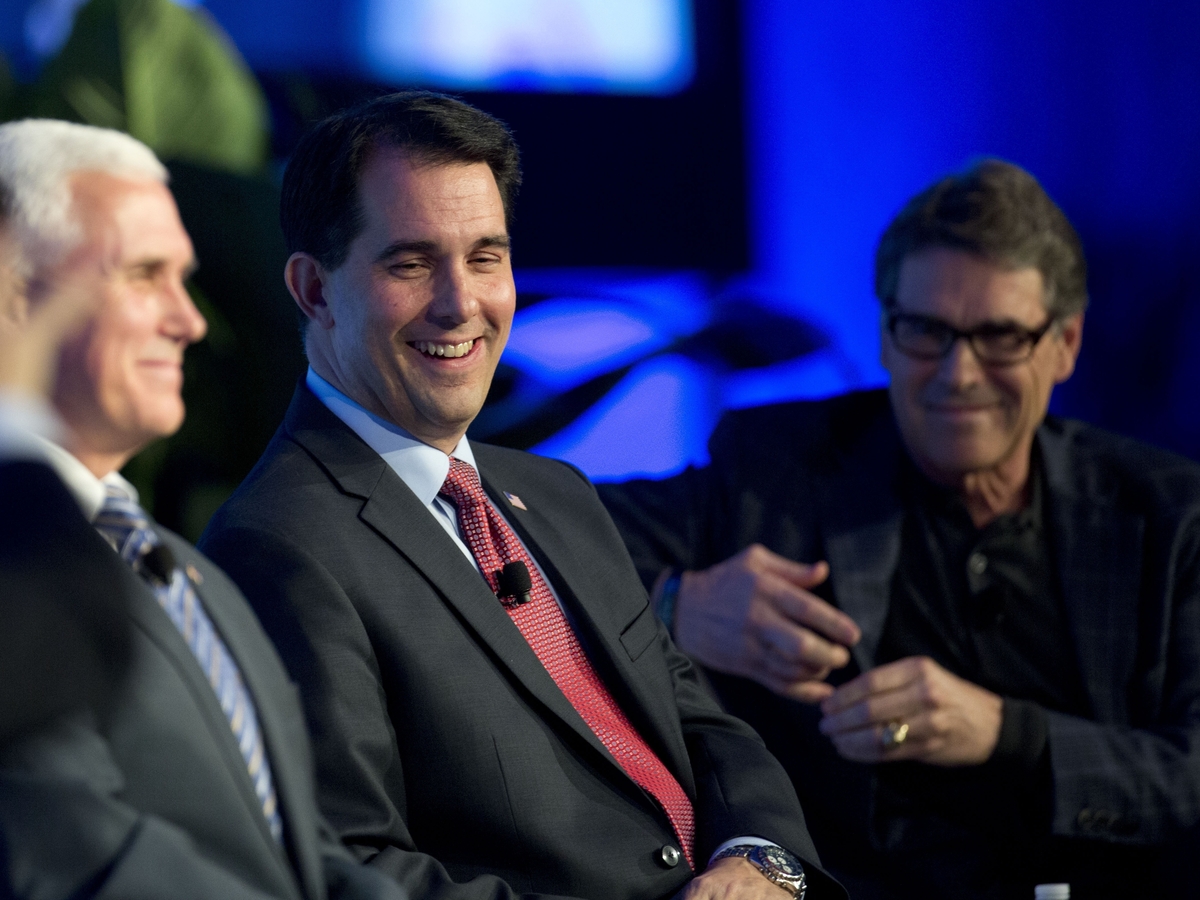 In truth, the unilateral action makes a much better villain than the hopes and aspirations of immigrant families. The substance of Obama's policy shift, the deferring of deportation and allowance of some work permits so as to keep families intact, polls remarkably well.

The NBC-Wall Street Journal poll this week found a clear majority backed "a path to citizenship," and more than 70 percent wanted to let people stay if they met the conditions the president was about to stipulate (registration, tax payments and a fine). But only 38 percent liked the idea of the president ordering this himself, while 48 percent were opposed.

So the mantra for opponents this week was consistent: The president's actions were illegal, unlawful, even unconstitutional. Some said the president was "provoking a constitutional crisis."

But if so, it was not clear how the opposition party intended to deal with it.

At the Republican Governors Association meeting in Florida, potential presidential contenders vied to be the most outraged. But here too, the focus was less on the policy than on the unilateral process. And the predominant remedy was to go to court. Texas Gov. Rick Perry, about to leave office, said he might sue or leave that to his successor, Republican Greg Abbott. Wisconsin Gov. Scott Walker, just re-elected, also said he was looking to the courts to smack the president down.

Turning to the judiciary does seem appealing. If the president is out of line, the courts should say so. This strategy also has the virtue of moving the onus away from the elected officials themselves and onto another branch of government entirely — one the elected folks cannot entirely control. That way, if the courts fail to do as desired, well, then that's on the courts.

Speaker Boehner had previously warned Obama that executive action on this issue was "playing with matches." He said it could be added to the list of offenses for which the House is already suing the president. But the House lawsuit, authorized months ago when Boehner needed a gesture to placate his rank and file, has yet to be formally filed. Two law firms that had been retained in the matter are no longer involved. The House has now turned to law professor and media commentator Jonathan Turley to handle its case, and perhaps the immigration action will add fresh impetus as well.

(Update at 2 p.m. ET: Boehner announced Friday that a lawsuit was formally filed in federal court. At this point, that lawsuit only addresses Obamacare – not immigration.)

It is easy to find people who think the courts will stand aside on this one, or even rule in favor of the White House. But in any event, the legal system does not dispose of big matters overnight, and the president's new policy will be changing the facts on the ground very soon.

So many opponents would prefer something more immediate and visible to demonstrate the sincerity of their resistance. Influential organizations such as Heritage Action and Americans for Limited Government have called for immediate action to frustrate the president's plans, fastening on the spending bill Congress was poised to pass in December to fund the government through next September.

This "omnibus appropriation" has been favored by McConnell and his counterpart, House Speaker John Boehner, who want to end the short-term spending bills and fiscal cliffs that have complicated everyone's life these past four years. They want to show that the new GOP majority can return the fiscal ship of state to an even keel.

That may have been why McConnell's "wait 'til next year" speech appeared to rule out any major moves in the immediate future (such as when Congress returns to Washington the first week of December and addresses the Dec. 11 deadline for a new spending measure).

But even if McConnell and Boehner shake their heads no, that December spending deadline still looks like a lovely opportunity to some of the president's antagonists. Why give away the leverage that spending bills give you every time they expire? Many on the right are even willing to risk another government shutdown, like the one in October 2013, or earlier episodes in 1995 and 1996.

The conventional wisdom has been that those battles ended badly for Republicans in Congress, who relented in the end to Democratic Presidents Bill Clinton and Barack Obama and saw their party's approval rating slump in the polls. But right now, in the glow of their Nov. 4 triumphs in Congress and most statehouses, many Republicans are wondering whether shutdowns were really so bad for their brand. Sure, there was a short-term downturn in the Gallup, but what does that matter if you win the next actual election?

These hardliners also know the previous shutdown struggles have focused on the inconvenience they caused the citizenry, or on the petulant behavior of some congressional leaders (see the coverage Speaker Newt Gingrich got during the 1995 shutdown). Would the outcome be more favorable to the GOP if the government shut down to prevent the overreaching of a president — especially one who's down in the polls himself and just lost a midterm election?

That's what at least some conservatives are seeing in their dreams as they look forward to full control of Congress in 2015 and a presidential contest in 2016.