Accessibility links
Justice Ginsburg Recovering After Heart Stent Implant : It's All Politics The 81-year-old justice had the procedure to clear a blocked right coronary artery. She was expected to be back on the bench when the Supreme Court reconvenes on Monday 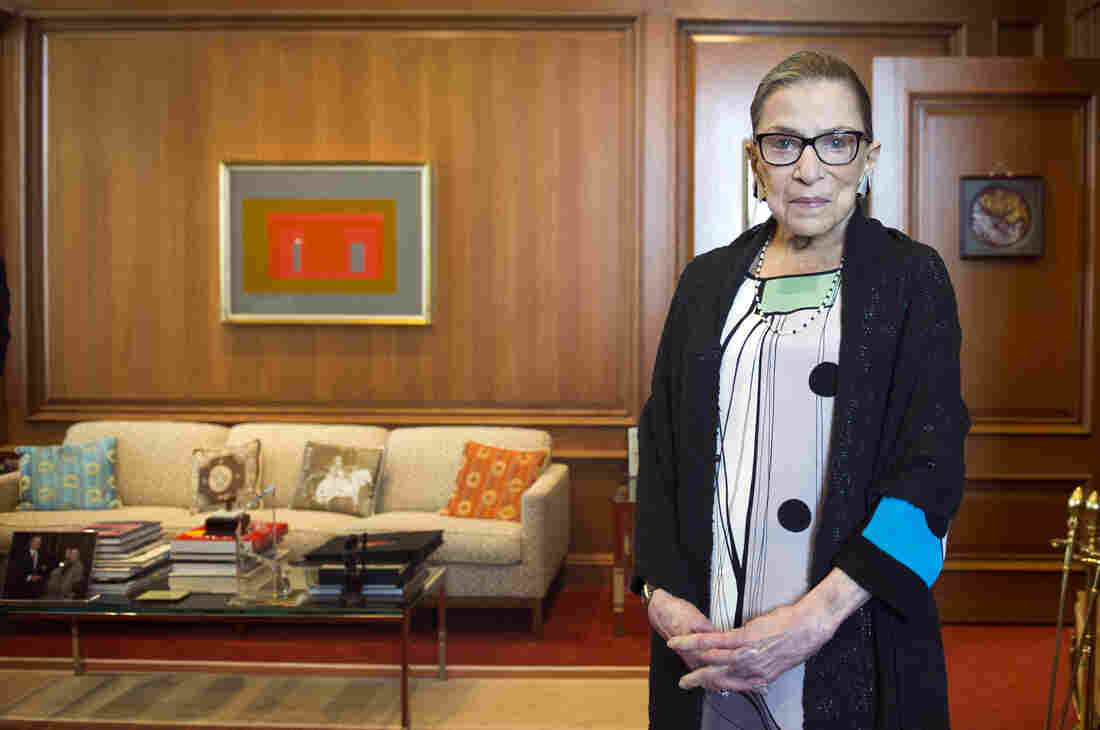 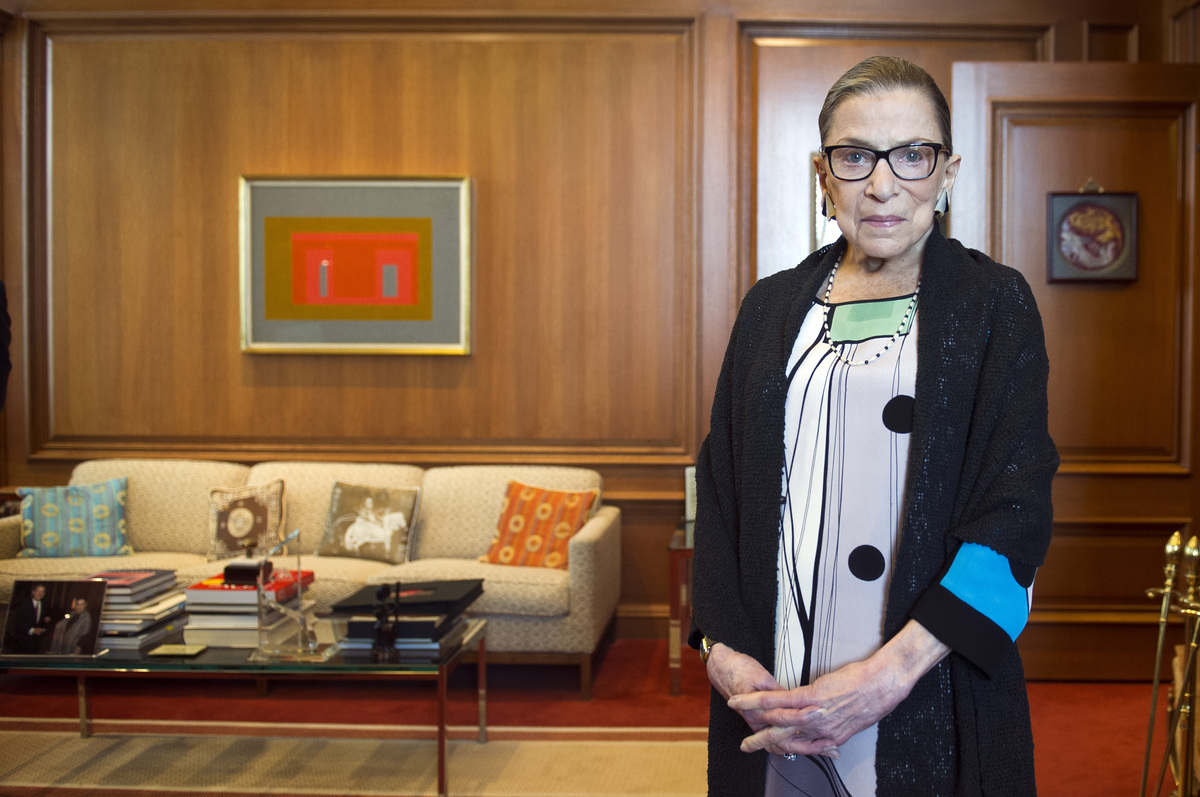 Supreme Court Justice Ruth Bader Ginsburg had a heart stent implanted Wednesday to clear a blocked right coronary artery, but she was expected to be back on the bench when the court reconvenes on Monday.

The 81-year-old justice experienced some chest pain last night while working out with her trainer. She was persuaded to go to the hospital, where sources say an examination found a blocked artery but no other damage to her heart. The stent was inserted this morning, through the wrist, at MedStar Washington Hospital Center.

Since then, she has been on the phone with friends and staff, asking for work to be delivered to the hospital. She is expected to go home on Thursday.

Ginsburg, a two-time cancer survivor, has in recent years rebuffed suggestions from some liberals that she retire and give President Obama a chance to name a new justice. And in interviews with this reporter and others, she has bluntly rejected those suggestions, asking, "Who could the president could get through the Senate that they [those calling for her to retire] would like better than me?"

Ginsburg has a point. Obama's two nominees to the court, neither of them particularly controversial, got precious few Republican votes. Elena Kagan got the votes of five Republican Senators, and Sonia Sotomayor got nine. With Republicans poised to control the Senate with at least 53 votes, any Obama nominee would have to have some GOP support — potentially at least 10 votes — to break a filibuster.

Although Ginsburg was treated for colon cancer in 1999 and for pancreatic cancer in 2009, her health generally has been good since then. She makes many public appearances, wows audiences with her acuity and quiet humor, and has granted numerous interviews. She is the high court's leading voice for liberals, particularly on cases involving women's rights. She also is a prolific writer, and indeed recently pulled an all-nighter to write a dissent when the court majority refused to block a new voter ID law from going into effect for the midterm election while a decision striking down the law is on appeal.

A stent procedure is common. The stent is guided through a blood vessel, a tiny balloon is then inflated to prop open the artery, and the stent is then pushed into place. Justice Anthony Kennedy had a stent inserted in 2005, for instance, and some half a million people have stent procedures each year.

But Ginsburg is 81, and though she has said repeatedly she will continue in her job as long as she is able to do it well, an event like Wednesday's is enough to get people thinking.