Accessibility links
In Spending Bill, A Gift For Political Party Fundraising : It's All Politics The Republican and Democratic parties will be able to collect an additional $97,200 per year from donors to pay for presidential nominating conventions. 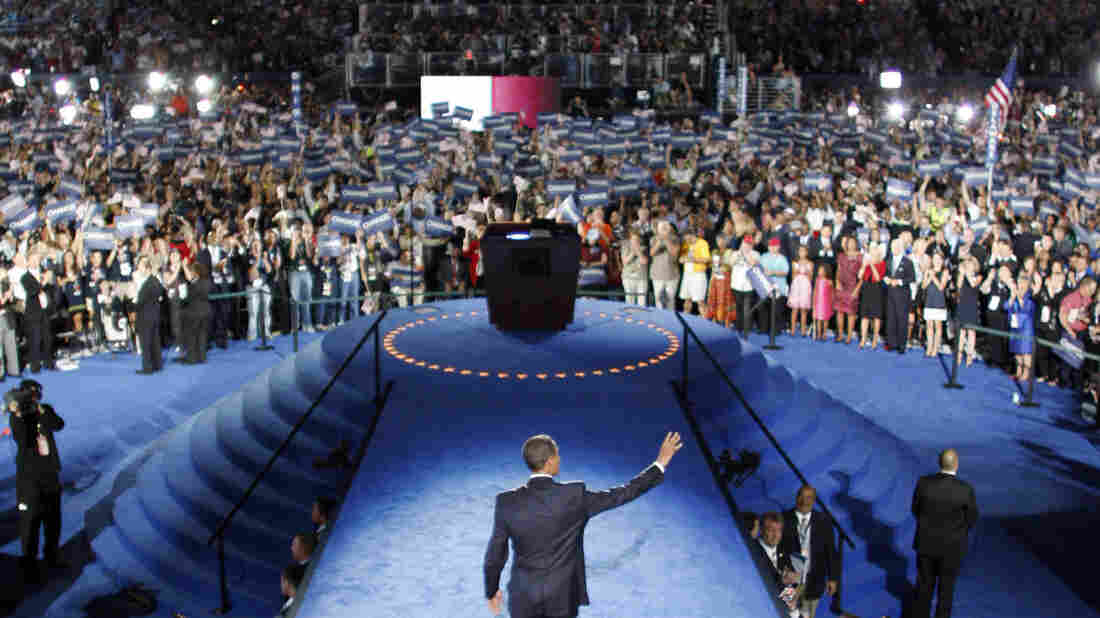 President Obama walks to the podium at his 2008 nominating convention. Lawmakers are inserting into the spending bill a provision allowing political parties to collect up to $97,200 from each donor to pay for their conventions. Chuck Kennedy,Scott Andrews/AP hide caption 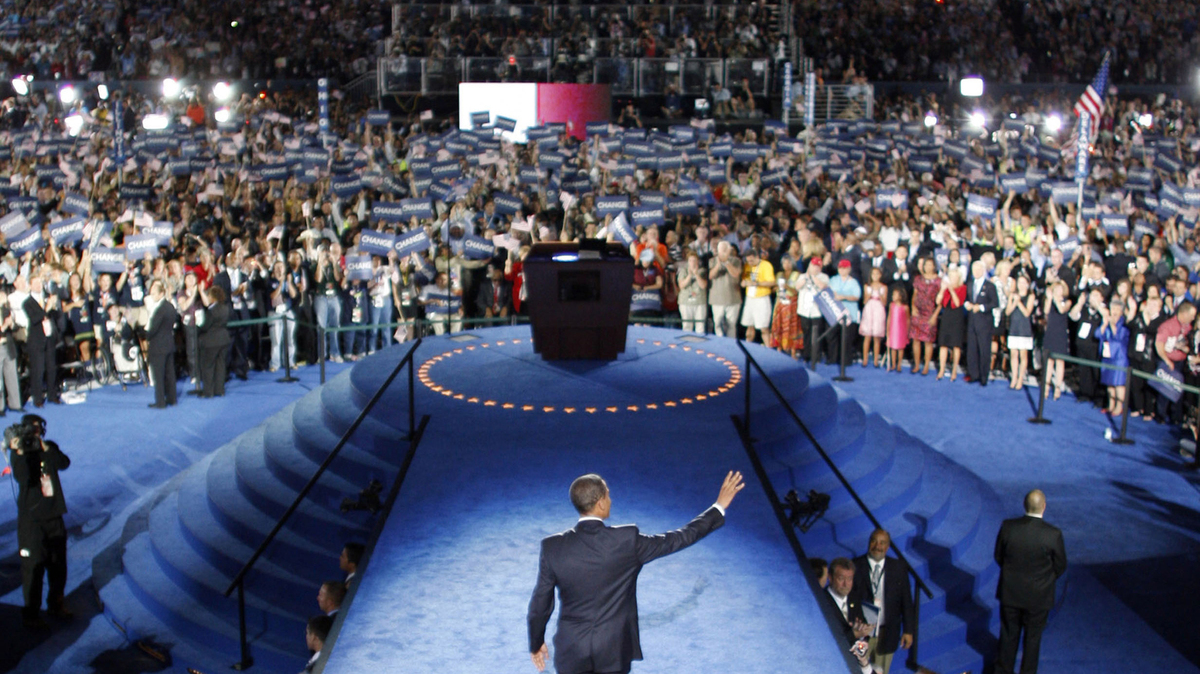 President Obama walks to the podium at his 2008 nominating convention. Lawmakers are inserting into the spending bill a provision allowing political parties to collect up to $97,200 from each donor to pay for their conventions.

If you're able and eager to write an annual check for roughly $100,000, you might expect to be hearing soon from the Republican and Democratic national committees.

In another small step on behalf of big money in politics, Capitol Hill lawmakers agreed Tuesday afternoon on a small provision to be added to the omnibus spending bill, allowing the two party committees to raise money for their presidential nominating conventions. The limit per donor would be $97,200 a year, on top of each party committee's existing limit of $32,400 per year.

The provision is intended to ease money anxieties at the national party committees. Since 1976, the conventions have gotten public financing — $18.2 million for each side in 2012. It was little more than a pittance in the grand spectacle of the party conventions, yet party leaders howled last March when Congress eliminated that public financing. (Lawmakers said the money should go into pediatric medical research.)

The Federal Election Commission provided some comfort to the parties, letting them solicit cash for newly created convention accounts. But that was a stingy move compared to what Congress intends to do.

The $97,200-per-year year limit comes to $388,800 for a four-year presidential election cycle. If the new provision had been available in 2012, just 94 donors could have matched the public financing for both conventions. Or put another way – as the pro-regulation groups would – regular contributions and the new convention account would enable a donor and spouse to funnel more than $500,000 to a party each two-year congressional election cycle.

The changes in campaign finance law surfaced without fanfare during negotiations when either Senate Majority Leader Harry Reid or Minority Leader Mitch McConnell could have vetoed them.

Six groups that advocate tighter regulation of campaign cash blasted a terse letter to lawmakers: "Our organizations strongly urge you to oppose any campaign finance riders on the Omnibus Appropriations bill that will increase the opportunities to corrupt members of Congress."