Accessibility links
Milestone House Vote Would Take Health Care Away From Millions : It's All Politics Previous Obamacare repeal votes would have prevented the program from taking effect. But today's bill, if enacted, would end health care for millions who now have it.

Milestone House Vote Would Take Health Care Away From Millions

Milestone House Vote Would Take Health Care Away From Millions 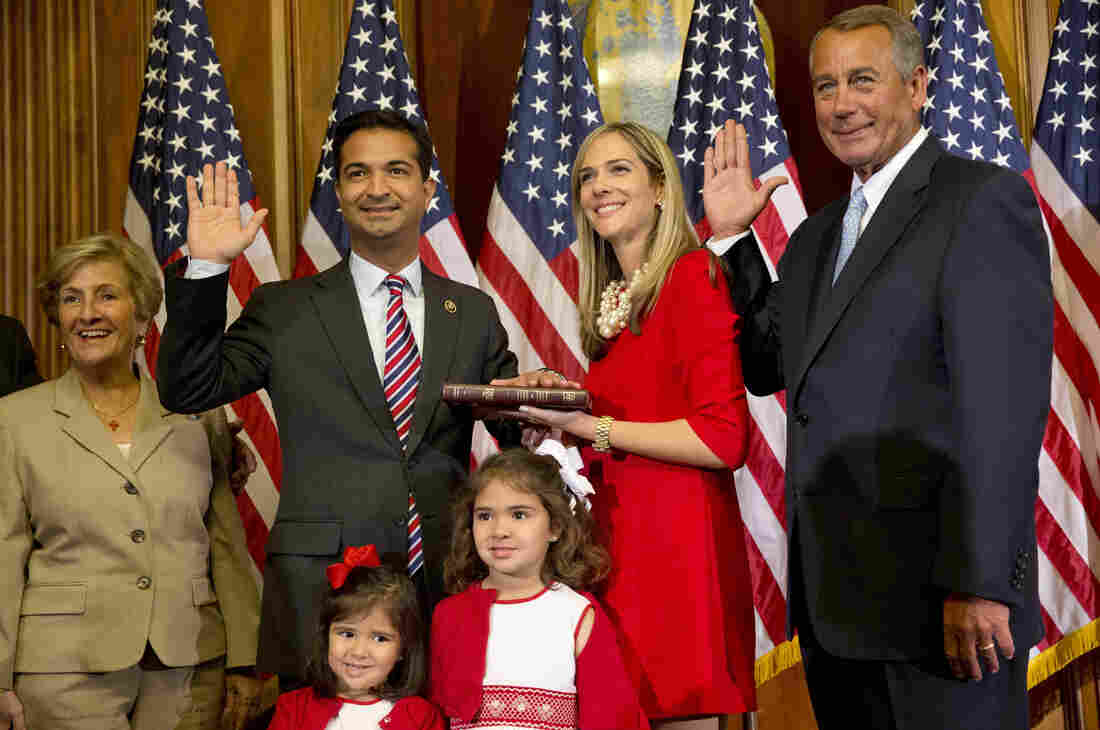 Not in the sense that the full repeal bill will become law — it's not likely to pass the Senate and, in any event, faces a certain presidential veto even if it somehow does. What makes today a milestone is that, for the first time, House Republicans plan to vote on whether to actually take health coverage away from millions of Americans who now have it.

More precisely: 19 million of them by the end of the year, according to a recent estimate from the Congressional Budget Office. And with a new study showing that 60 percent of Affordable Care Act beneficiaries receiving subsidies from the federal exchange are from the South and 60 percent of them non-Hispanic whites, House Republicans would be casting votes to eliminate a program that to a large extent benefits their own constituents.

How this new reality will affect the vote count is unclear. Republicans have been solid in their opposition to the health care law. The last time the House voted to repeal the law in entirety — rather than tweak one or more small provisions — was May 16, 2013. Not a single Republican voted against it. But that was when the first enrollment period was still months away, and the vote could still largely be framed as a matter of political philosophy.

That was also before Republicans picked up 13 Democratic seats in the 2014 midterm elections, some of which are in swing districts that could swing right back to Democrats.

One of those new Republicans, in fact, could serve as the poster child for the party's potential problems with the vote: Rep. Carlos Curbelo, who represents the western suburbs of Miami, some of Florida's poorest communities. The majority-Latino district also happens to contain one ZIP code with one of the highest Obamacare enrollments in the country and is blocks away from two others.

This could be one reason why Curbelo's Spanish response to President Obama's State of the Union address last month avoided the Affordable Care Act altogether. Iowa Republican Sen. Joni Ernst, in the English response, described Obamacare as an example of "failed policies." Curbelo, though, spoke instead about education and the income gap — and chided Washington for not working "toward a health economy that offers opportunities to everyone who lives in this country, not just the most privileged," according to a comparison done by the Miami Herald.

Other Republicans have recognized for some time that taking away access to health care for the working poor was not necessarily good politics and have advocated a "repeal and replace" strategy to show that the GOP also cares about the issue.

No Republican alternative to the ACA has yet emerged since the party took control of the House in 2011, and none is in today's bill, either. However, the proposal does instruct three House committees to recommend ideas to replace Obamacare, including such things as limiting medical malpractice lawsuits and giving states more flexibility in administering Medicaid.