Accessibility links
God, Grits And American Dreams: It's Presidential Candidate Book Season : It's All Politics The Iowa caucuses are a year away, which means it's time for presidential campaign books. Marco Rubio was in Iowa on Friday to hawk his new work. 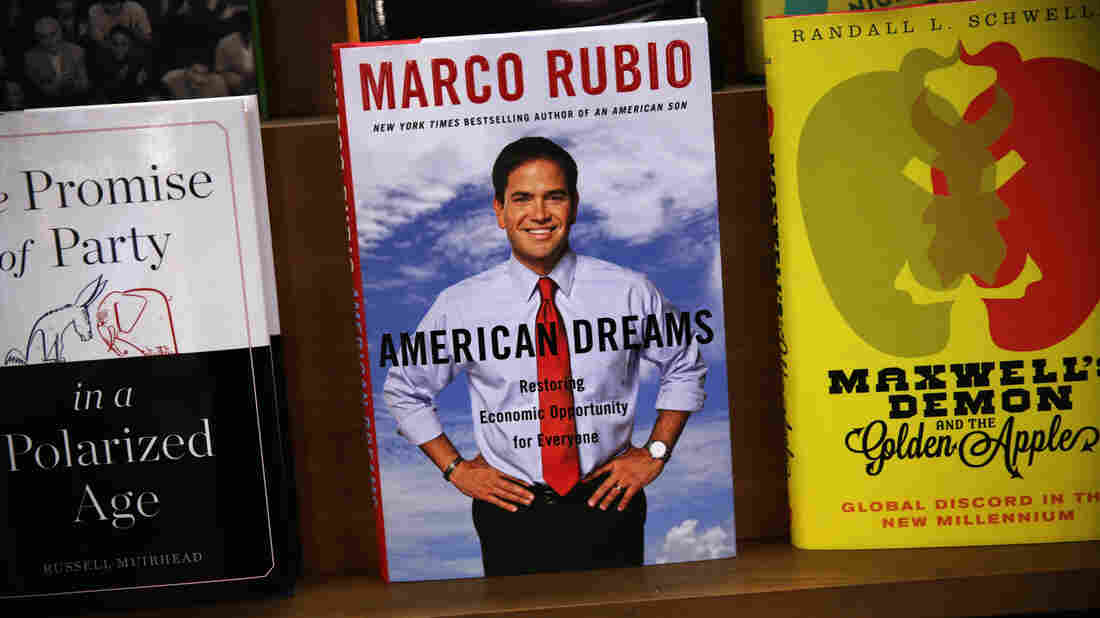 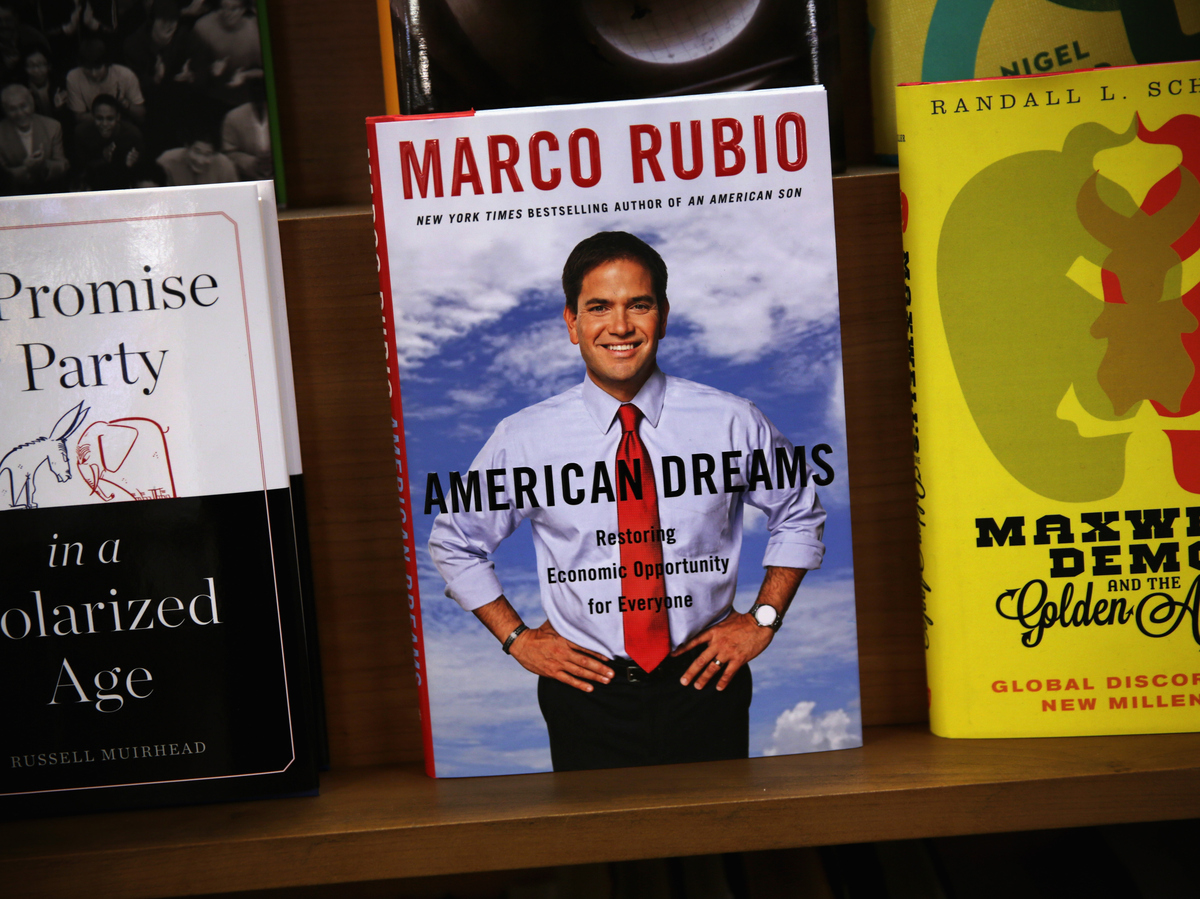 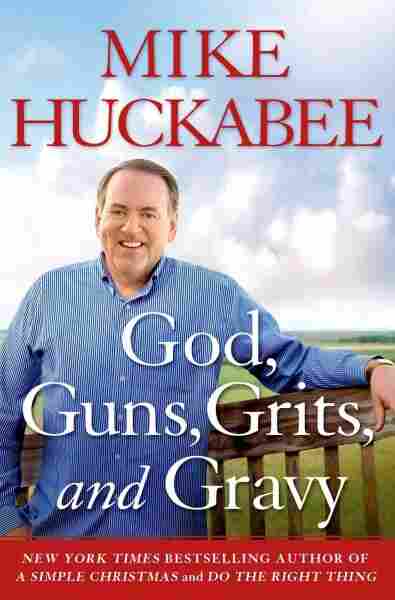 It's that time again. Every four years, politicians fan out to Iowa and New Hampshire and other early primary states in search of ... book sales. It seems like you can't hardly run for president anymore without publishing a book to go along with your campaign. Sen. Marco Rubio was in Iowa Friday to hawk copies of his new work. Other potential GOP candidates also have new tomes out.

Rubio's book is titled American Dreams: Restoring Economic Opportunity for Everyone. Maybe not quite as catchy as Mike Huckabee's, God, Guns, Grits, and Gravy. Huckabee jokes "some people hear the title God, Guns, Grits, and Gravy and think that it is a recipe book of southern cuisine but that's really not the goal. There is sometimes a cultural disconnect between the cultural bubbles of New York Washington and Hollywood versus the fly-over country." Huckabee spoke on NPR's All Things Considered recently about his book.

And that's one of the reasons why candidates like to publish — the free media associated with the book tour, which often coincides with the campaign tour. It's no coincidence that Rubio will be promoting his book over the next few weeks in Iowa, Nevada, New Hampshire and South Carolina. Those are all states with early primaries or caucuses. But the book/campaign tour isn't the only reason candidates publish.

There are many reasons why candidates publish books, says Priscilla Painton, executive editor for nonfiction at Simon and Schuster. "The one that's the most obvious is they want to get their own version of their record and their ideas out there in an uncontested way." 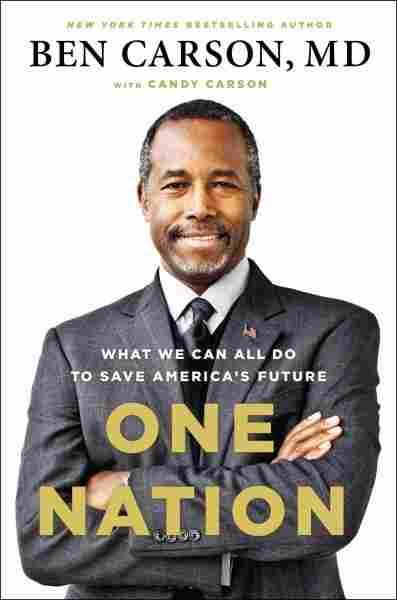 What We Can All Do to Save America's Future

Title
One Nation
Subtitle
What We Can All Do to Save America's Future
Author
Ben, M.d. Carson and Candy Carson

That's kind of what Ben Carson told us. He's written a number of books since retiring as a pediatric neurosurgeon, and is among those considering a run for the GOP nomination. "It's a very good way to get views out," he says, "and it's a very good comeback for the people who say 'well you just speak in platitudes and no one knows what your real views are.' Well, my views are extremely well documented in several writings."

Carson's latest book, One Nation: What We Can All Do to Save America's Future came out last year. Former Pennsylvania Sen. Rick Santorum's new book, written with his wife, is titled Bella's Gift. Far from a campaign book, it details the couple's struggles dealing with their special needs daughter.

Painton says the best candidates books go beyond policy prescriptions and tell personal stories. "You sort of have to dig deeply into your own past and be honest about it for people to connect with you, and I think that's why a state senator from Illinois wound up having a huge best seller when he wrote Dreams from My Father."

That was Barack Obama's first book, published in 1995, which helped raise the profile of the future president. It was followed by The Audacity of Hope, which came out as then U.S. Sen. Obama was about to launch his campaign for the White House. 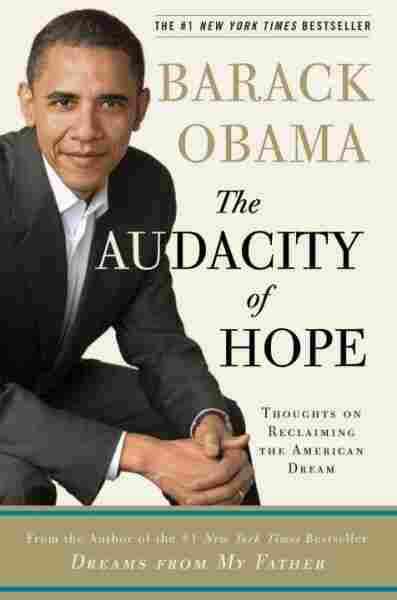 The Audacity of Hope

Thoughts on Reclaiming the American Dream

Iowa has seen plenty of presidential candidates and campaign books. Sue Davis, owner of River Lights, an independent book shop in Dubuque says "if they're a legitimately well-written book then it doesn't matter what side of the aisle you're on, they do sell."

Davis says it helps if you're a potential candidate who already has a high profile:

"Huckabee is always popular. Rubio and some of the lesser known candidates aren't going to be huge sellers here because were a little bit disconnected to some of the East Coast politics."

The remainder shelves are filled with political tomes that didn't sell, written by candidates who didn't catch on either. Simon and Schuster's Painton says titles such as Tim Pawlenty's Courage To Stand: An American Story and Herman Cain's This is Herman Cain My Journey to the White House "come and go and there's a reason for that: At the end of the day people want a good read."

And we may be opening the book on a new trend. Earlier this week, Jeb Bush released the first chapter of a new e-book, bypassing publishers all together.

Read an excerpt of The Audacity of Hope

Read an excerpt of God, Guns, Grits, And Gravy