Accessibility links
Why Congress Doesn't Really Worry About What Most Americans Think : It's All Politics Polls show Americans are largely in favor of authorizing further actions against the Islamic State. Yet there is one group of Americans that is having far more trouble deciding how it feels: Congress.

Why Congress Doesn't Really Worry About What Most Americans Think

Why Congress Doesn't Really Worry About What Most Americans Think 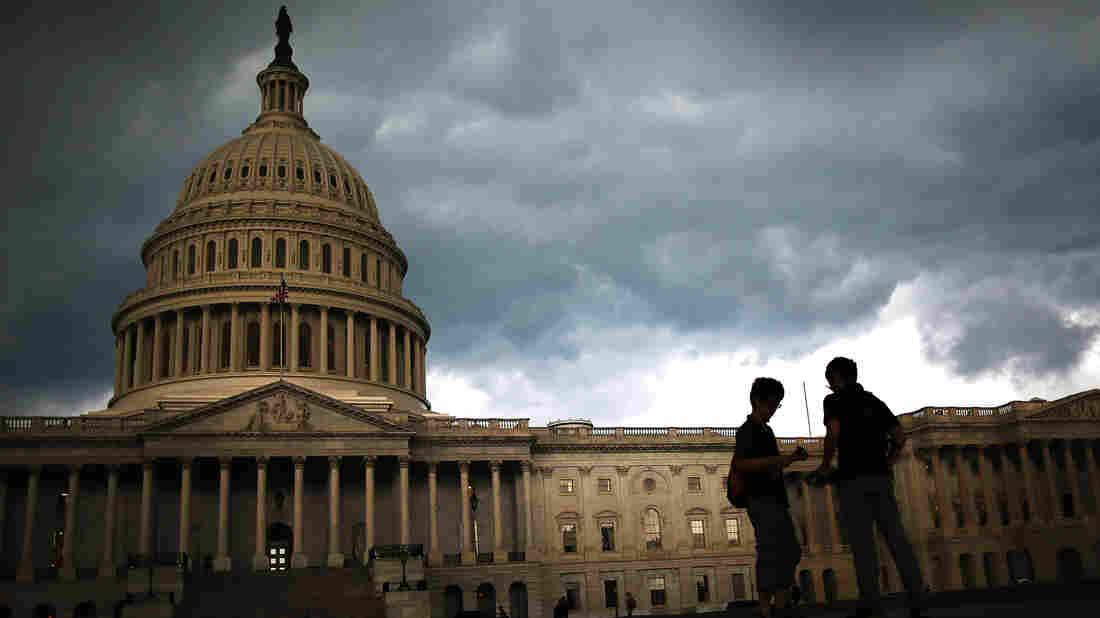 The heightened partisanship cemented in congressional districts has created havens for both Democrats and Republicans, whose job security now often depends more on pleasing primary voters than on the high-altitude questions facing the nation at large. Mark Wilson/Getty Images hide caption 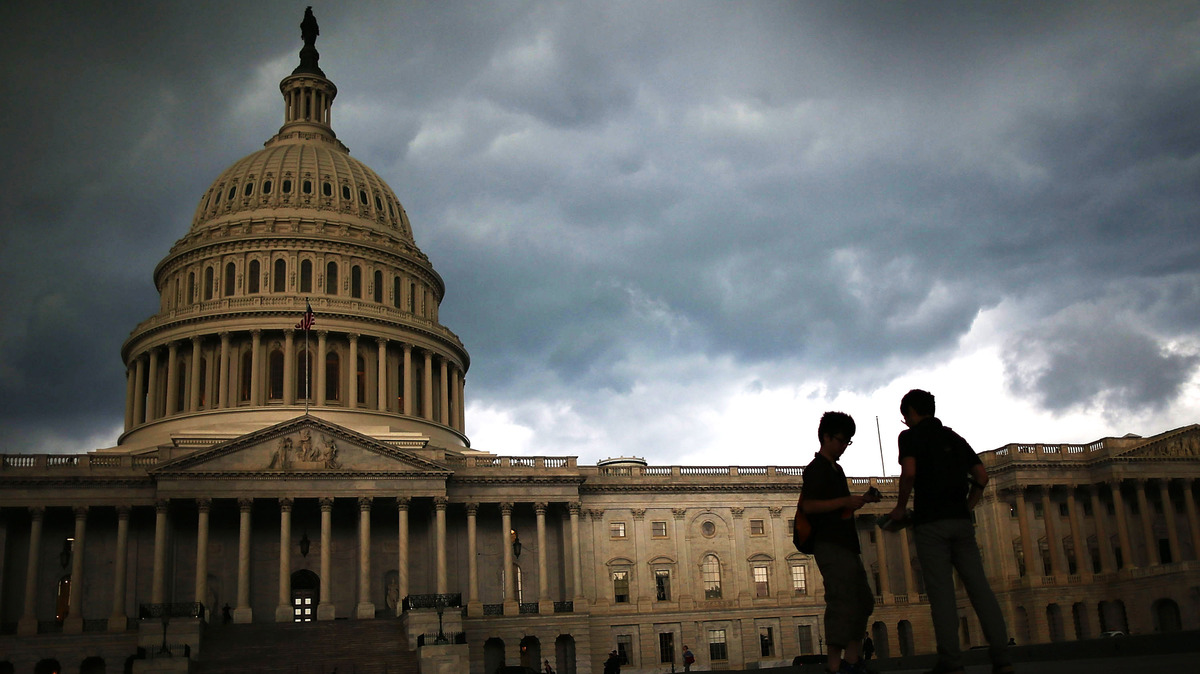 The heightened partisanship cemented in congressional districts has created havens for both Democrats and Republicans, whose job security now often depends more on pleasing primary voters than on the high-altitude questions facing the nation at large.

With each week, we have come to expect another jarring outrage from the self-proclaimed Islamic State, also known as ISIS or ISIL, the new breed of terrorists that is redefining terror.

News of the group's murder of nearly two dozen Egyptian Christians captured in Libya has topped even the horrors of the previous weeks, when the world watched a Jordanian fighter pilot burned alive in a cage and the tragedy of aid worker Kayla Mueller dying as an ISIS hostage. These events followed the videotaped beheadings of several other Western civilians in recent weeks amid a relentless campaign to recruit fresh blood from Muslim communities the world over.

Described as apocalyptic, fanatic and medieval, the Islamic State has supplanted al-Qaida in the imagination of Islamist radicals and in the nightmares of the West. Small wonder, then, that President Obama is seeking specific authority to raise the stakes. Even this commander-in-chief, so widely known for his restraint and for downplaying dangers, is ready to follow in the footsteps of the two Presidents George Bush. Like them, he is asking Congress for a clear Authorization for Use of Military Force. It is hard to imagine a path from the past he would less like to tread.

Remarkably, however, the otherwise war-weary American people seem to be on board. Even after more than a dozen years of combat in Afghanistan and a disheartening and drawn out struggle in Iraq, this country appears willing to return to the field for yet one more "war on terror."

The latest CNN poll says 78 percent of Americans are in favor of authorizing further actions against the Islamic State. Such an authorization, or AUMF, would be the first since President George W. Bush got one (his second) in the fall of 2002 and used it to invade Iraq.

Stunning as that number may be, it follows another sounding by CNN that showed more than 80 percent supporting the request. Another poll by NBC News and Marist College has just found that even when the Obama name is attached to the question, only 32 percent of respondents object. And an amazing two thirds of the respondents were ready to commit at least some ground troops to defeating the Islamic State.

Yet there is one group of Americans that is having far more trouble deciding how it feels about granting the president an AUMF. And that group is Congress.

Then you have the Democrats who think the three-year time frame envisioned by Obama is hopelessly broad and who blanch at any thought of a ground combat commitment. That is why the White House has explicitly abjured "enduring offensive ground combat operations," quite possibly a reference to George W. Bush's "Operation Enduring Freedom" in Afghanistan (now the longest military engagement in U.S. history).

It may strike many as remarkable that, even with the enormities being witnessed in the Middle East, Congress can maintain its distance from the president. This is all the more stunning given the institutional interest Congress has in sharing the war power.

After all, a large part of the current public support for an AUMF is a clear preference for some kind of process and orderly decision-making before the next wave of U.S. personnel is sent in harm's way. Hardly anyone is happy about this president or any other launching a thousand airstrikes on his own.

In 2002, Congress held days of debate before authorizing what became the invasion of Iraq. In the fall of 2001, just days after the terror attacks of Sept. 11, Democrats in Congress still wanted to set some limits on the first phase of U.S. military response.

And in 1991, when the first President Bush already had several hundred thousand troops poised to smite Saddam Hussein in Kuwait, both chambers held lengthy and dramatic debates in the first two weeks of January before giving their wary assent.

In each of these cases, Congress showed a healthy awareness of the larger public debate going on around them. The individual member had to weigh his or her own conscience in the midst of that soul-searching exercise.

Today, Congress seems quite different. The heightened partisanship cemented in Congressional district lines has created safe havens where most Republicans and Democrats no longer worry about pleasing anyone other than primary voters. If the primary voter goes with the incumbent, the incumbent is almost certain to go back to Washington.

In the GOP, in particular, the risk now seems entirely in the intraparty struggle. Ask Eric Cantor, the Virginia Republican who a year ago was expected to be the next Speaker of the House. His political career came to a sudden halt when his Richmond-area district decided he wasn't really Their Guy anymore.

Primaries such as Cantor's throw a permanent chill into every member in both chambers, regardless of seniority or party standing. Republican districts are now more Republican than ever, and most Democratic districts are more Democratic than ever. As fewer and fewer members have "swing districts," the necessity of constant partisan emphasis grows worse and worse. Even the notion of compromise becomes hazardous.

For most members today, the kind of public opinion measured by CNN or Gallup or NBC News is just too broad and diverse and dispersed to matter. The audience that must be served is the far narrower one that cares about party and policy and issues — and works to elect candidates as devoted to their ideology and as hostile to the other party as they themselves are.