Accessibility links
By The Numbers: White House Takes On Violent Extremism : It's All Politics Domestic and world leaders gather this week to discuss terrorist threats. Here's a look by the numbers.

By The Numbers: White House Takes On Violent Extremism

By The Numbers: White House Takes On Violent Extremism 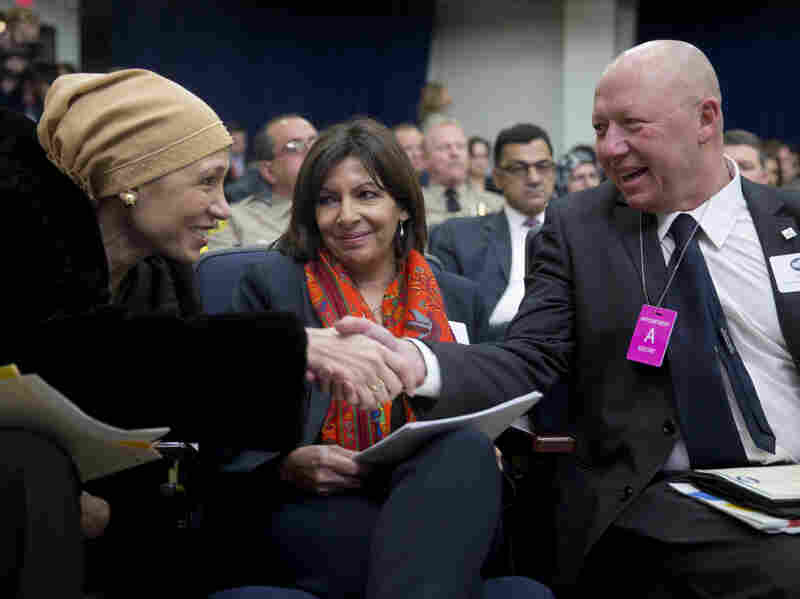 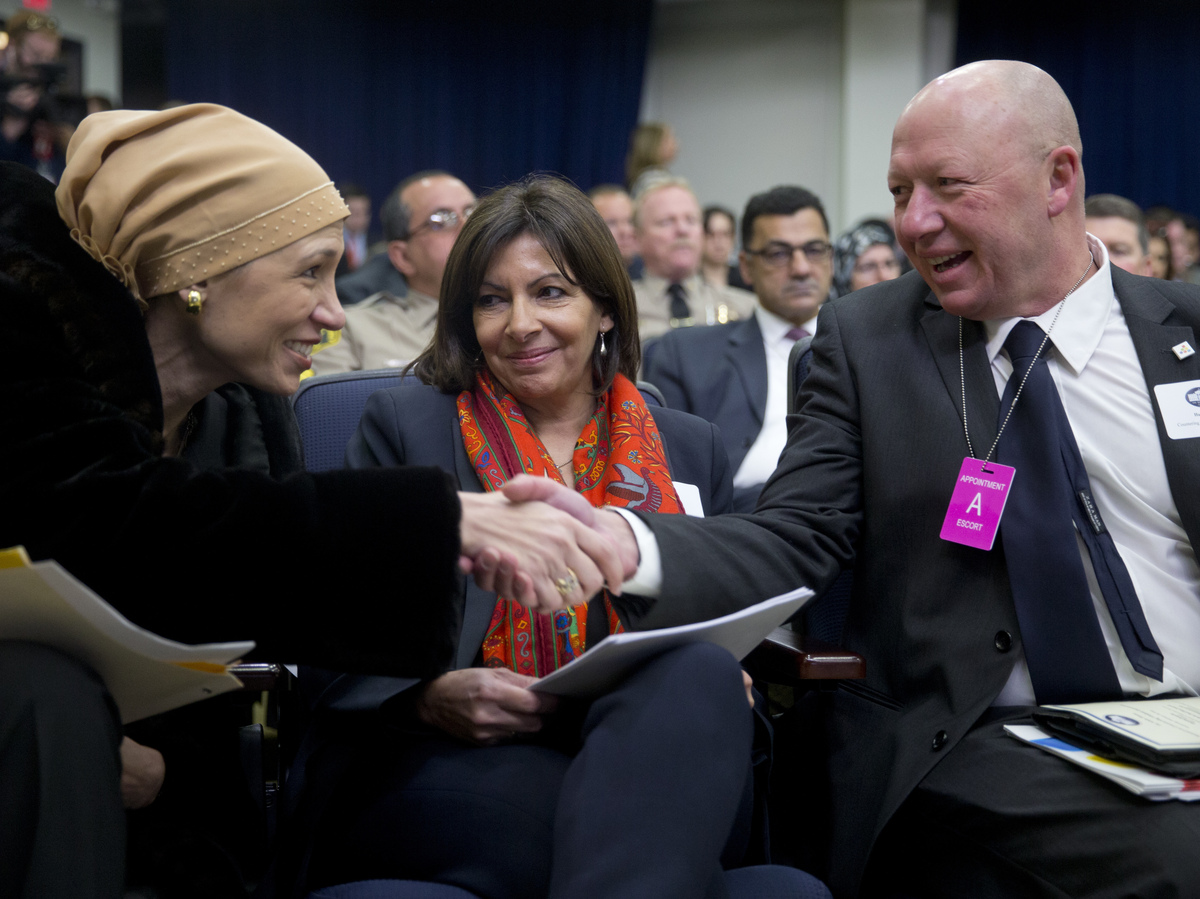 Hedieh Mirahmadi (from left) of the World Organization for Resource Development and Education; Paris Mayor Anne Hidalgo; and Vilvoorde, Belgium, Mayor Hans Bonte greet each other at the White House Summit on Countering Violent Extremism.

The White House is holding its Summit on Countering Violent Extremism this week, focusing on strengthening communities to fight homegrown terrorism.

"We know from experience that the best way to protect people, especially young people, from falling into the grip of violent extremists is the support of their family, friends, teachers and faith leaders," President Obama wrote in an Los Angeles Times op-ed.

On Thursday, the summit will go global — discussing international efforts to identify and stop foreign fighters. Paris Mayor Anne Hidalgo, whose city suffered its own terrorist attack last month, as well as mayors from Belgium and Morocco and representatives from other "power nations" will be in attendance.

The summit is streaming live here, but if you're not able to follow along here's a quick look at the summit by the numbers:

The rate of foreign fighter travel is at its highest in at least 20 years, according to National Counterterrorism Center.

Representatives from more than 60 countries, as well as leaders from the United Nations and European Union, are attending the summit.

The number of Americans who've either traveled to Syria, or attempted to do so, to sign up with the self-proclaimed Islamic State, according to the NCTC.

Estimated number of foreign fighters coming to Syria from Western Europe and the United States.