Accessibility links
3 Reasons President Obama Is Winning This Immigration Fight : It's All Politics While Congress is boxing itself in, the president is getting out front and ratcheting up the political pressure. 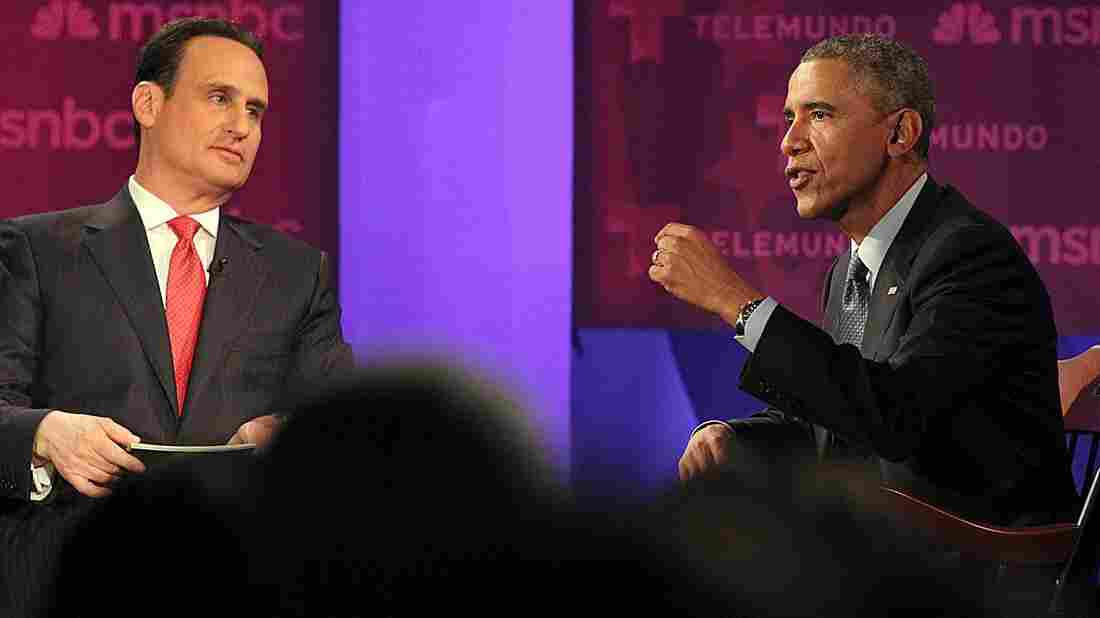 President Obama at a town hall meeting on immigration in Miami Wednesday with journalist Jose Diaz-Balart. The event was hosted by Telemundo and MSNBC. Pedro Portal/AP hide caption 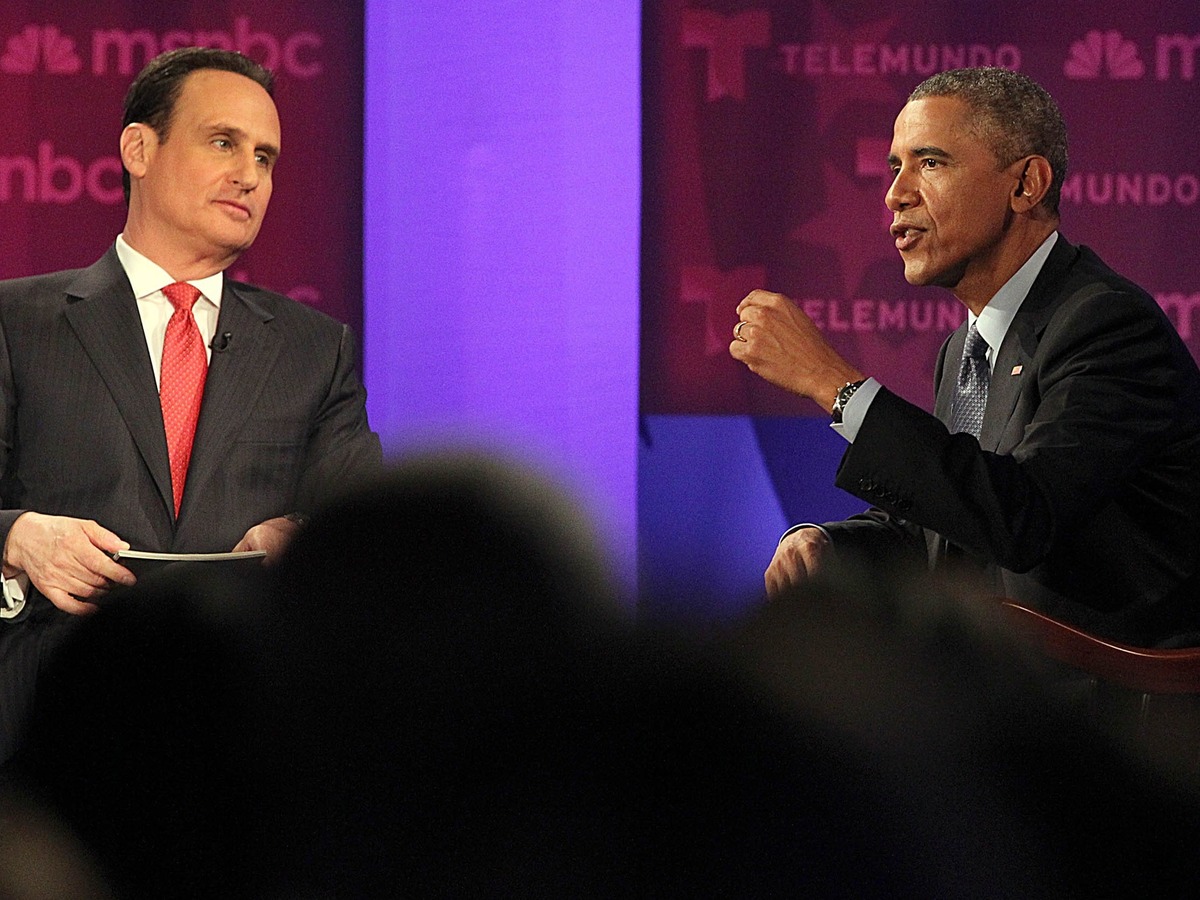 President Obama at a town hall meeting on immigration in Miami Wednesday with journalist Jose Diaz-Balart. The event was hosted by Telemundo and MSNBC.

As the Republican Congress tried this week to get itself out of the box it put itself in, President Obama was in Miami, aggressively ratcheting up the political pressure on the GOP on the issue underlying the standoff over funding the Department of Homeland Security — immigration. Here are three reasons why the president is winning this fight:

1. Congress can't stop him from implementing his executive actions on immigration.
Congress can shut down the Department of Homeland Security, but even that won't stop the president from using his prosecutorial discretion to give as many as 10 million people effective protection from deportation. A Texas judge may have stopped him from offering work permits or papers to individual immigrants, granting them temporary legal status, but the judge never disputed the president's power to decide how to prioritize law enforcement. It estimates that only 1 million of the 11 million immigrants here illegally are recent border-crossers or have criminal records.

2. House and Senate Republicans can't get on the same page.
On this issue Democrats, for a change, are united. House Speaker John Boehner told his Republican colleagues that he and Senate Majority Leader Mitch McConnell haven't spoken in two weeks, although they did finally have a meeting Wednesday afternoon. And while McConnell was willing to throw in the towel and allow a "clean" DHS funding bill, Boehner can't get his conservatives to agree. The Republican leadership is convinced it will be blamed for shutting down DHS at a time when the American people are increasingly concerned about terrorist threats. But the conservative base is not convinced. Democrats feel they have the upper hand, with a message that, at its simplest and crudest, says: Republicans played politics with the nation's security in order to force the president to deport more hardworking Hispanics.

3. The president's position is more popular.
What the president wants to do — bring out of the shadows immigrants who have been in this country for a long time, have U.S. citizen children, and clean records — is wildly popular with Hispanics. The broader public supports the substance of the policy, even if polls show lower support for the way he went about it — acting unilaterally. But the president's action is extremely unpopular with the conservative base of the Republican Party, which calls it "executive amnesty".

This is the wedge that the president is trying to exploit with trips to heavily Hispanic Florida and interviews on Spanish-language television. Three years after Mitt Romney lost the Hispanic vote 71 to 27 percent, Republicans still haven't figured out how to reach out to the fastest growing ethnic bloc in the electorate without alienating their conservative base.