Accessibility links
4 Reasons Both Parties Should Be Sweating Bullets Over King V. Burwell : It's All Politics The biggest political threat of the latest challenge to Obamacare is to the president, but Republicans wouldn't be winners either. 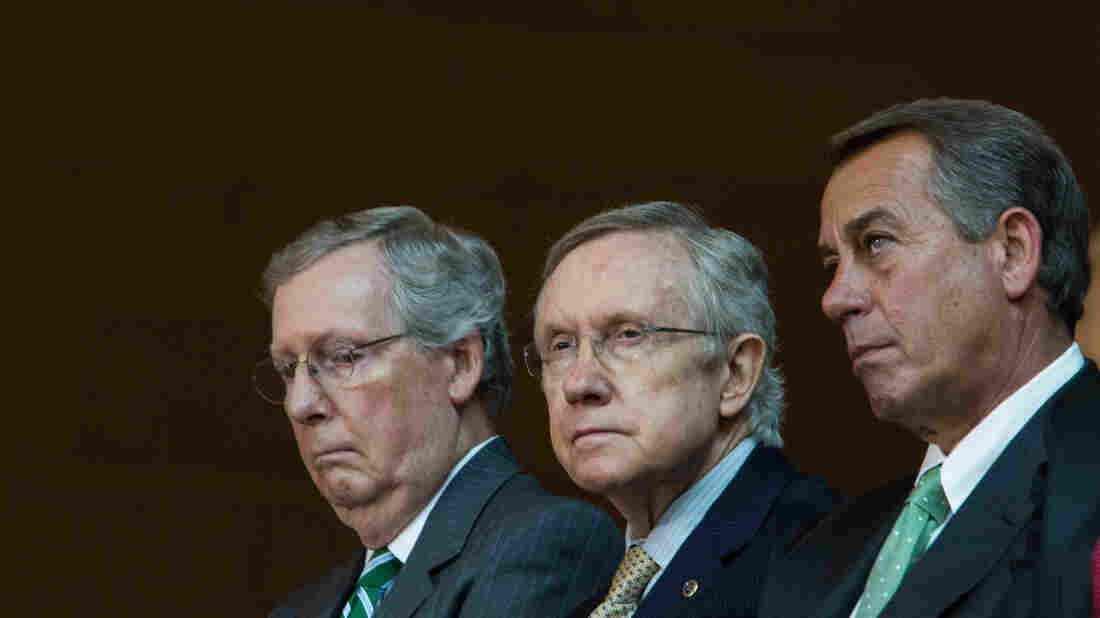 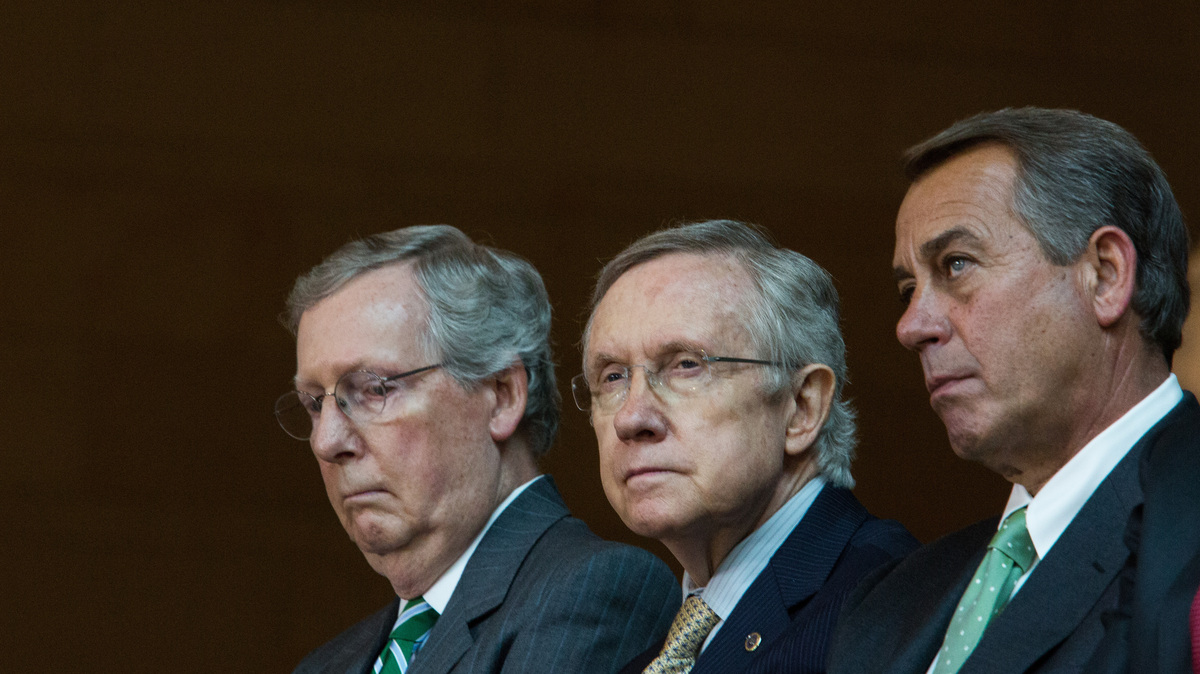 The Supreme Court will hear arguments on Wednesday in another case that threatens the survival of Obamacare. This one doesn't challenge the constitutionality of the law itself, it merely challenges the legality of one of the most important parts of the system — subsidies so that everyone can afford health care. If the court strikes down the subsidies for people who live in states that chose not to set up their own exchanges, and who get their health coverage from the federal marketplace — healthcare.gov — it would begin to unravel the entire Obamacare project. Here's why that could be politically damaging to both Democrats and Republicans:

1. The biggest political threat is to the president.

A ruling for the plaintiffs would be a mortal blow to the president's signature legislative achievement. Up to 8 million people could lose their subsidies in 34 states, leaving them unable to afford coverage. Premiums would spike, because presumably only the sickest people would be willing to pay the full cost of coverage. Insurers would leave the market. It would delegitimize the law. Democrats had been been touting its success — around 11 million people are now signed up — and enjoying a momentary lull in the intensity of the arguments over the law would have to scramble to preserve what they could. The political slugfest over the Affordable Care Act would begin again.

Democrats would go on the offensive, blaming Republicans for every case of a person who lost coverage just before giving birth, or having another round of chemo.

There would be a "good-riddance caucus" inside the GOP to be sure — Republicans who argue that the best strategy is to sit back and watch the whole edifice of Obamacare collapse in a heap.

These Republicans think that chaos in the marketplace would punish Obama, and that Americans would rise up even more than they have and demand an end of the law.

But that view is not universally shared inside the GOP.

Many Republicans including Senate Majority Leader Mitch McConnell see an opening for Republicans to switch their tactics — finally — from repeal to replace if the court ruled against the government.

McConnell, speaking to the Wall Street Journal, called it an opportunity for a mulligan — a major do-over of the whole health care law. Something he believes is more achievable than total repeal.

3. It will be hard for Republicans to unify around a replacement for Obamacare.

The GOP has been trying for six years to come up with an alternative to Obamacare and they haven't been able to. But now a group of lawmakers led by Paul Ryan in the House and Orrin Hatch in the Senate have come up with what they call an "Offramp from Obamacare" — legislation that would temporarily restore the lost subsidies and then replace them with other forms of financial-aid-like tax credits. They'd also do away with the law's minimum coverage requirements and the individual mandate.

But why would a party that can't agree on how to fund the Department of Homeland Security agree on a strategy to take advantage of a win in King v. Burwell?

And would President Obama agree to the kind of changes in the health care law that Republicans would demand?

4. Republican governors will be under tremendous pressure.

Without a major fix by Congress, governors in states that chose not to set up exchanges would be under pressure to do so in order to prevent hundreds of thousands of their citizens from losing coverage.

Conservatives who are arguing for a legislative fix say these Republican governors, who held out against Obamacare, should not be left high and dry.

But fixing the damage to the ACA that the court might impose will require not just cooperation, but timely cooperation, something that is in very short supply in Washington these days.