Accessibility links
47 GOP Senators Tell Iran They May Not Honor A Nuclear Deal : It's All Politics The letter reminds Iranian leaders that while President Obama's term in office ends in 2017, many of the signers will remain in Congress far longer, some of them "for decades." 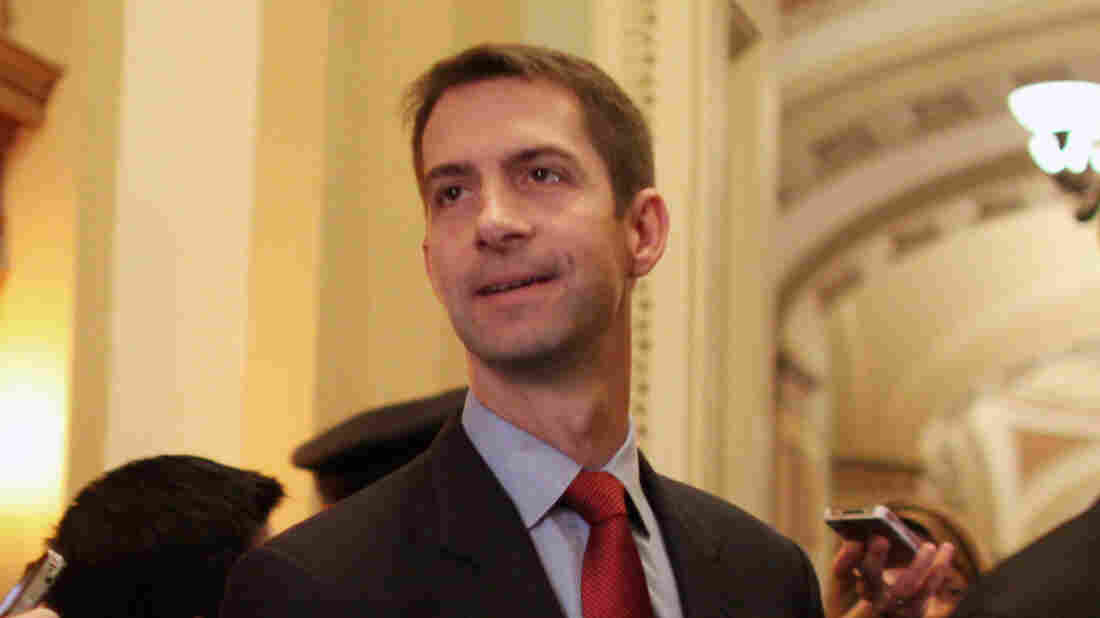 Freshman Republican Sen. Tom Cotton of Arkansas wrote the letter — co-signed by 46 of his GOP colleagues — to the leaders of Iran. Lauren Victoria Burke/AP hide caption 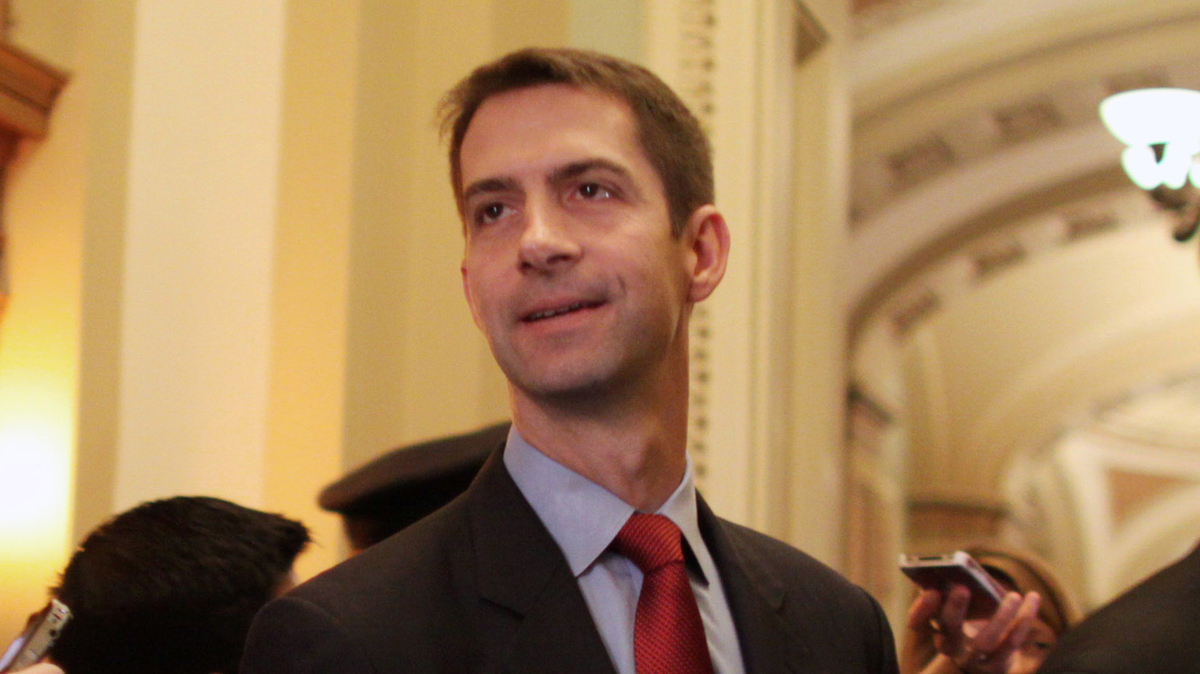 Freshman Republican Sen. Tom Cotton of Arkansas wrote the letter — co-signed by 46 of his GOP colleagues — to the leaders of Iran.

Vice President Joe Biden, a former senator himself, condemned the GOP senators' letter in a strongly worded press release late Monday, calling it "beneath the dignity of an institution I revere."

"This letter, in the guise of a constitutional lesson, ignores two centuries of precedent and threatens to undermine the ability of any future American President, whether Democrat or Republican, to negotiate with other nations on behalf of the United States. Honorable people can disagree over policy. But this is no way to make America safer or stronger.

"Around the world, America's influence depends on its ability to honor its commitments. Some of these are made in international agreements approved by Congress. However, as the authors of this letter must know, the vast majority of our international commitments take effect without Congressional approval. ... They are essential tools to the conduct of our foreign policy, and they ensure the continuity that enables the United States to maintain our credibility and global leadership even as Presidents and Congresses come and go."

Biden notes that diplomatic recognition of China and the ending of the Vietnam War and Iran hostage crisis all were done without congressional approval.

The latter two were done by Republican presidents Ford and Reagan; recognition of China was formalized by President Carter, a Democrat, but would not have been possible without earlier groundwork laid by President Nixon.

Congressional Republicans who don't like the deal President Obama is trying to negotiate to end Iran's nuclear program are now trying a new tactic: telling Iranians that they won't honor it after Obama leaves office.

The letter was written by freshman Arkansas Sen. Tom Cotton and co-signed by 46 of his GOP colleagues, including Majority Leader Mitch McConnell.

Obama, at a White House photo opportunity Monday, said he is proceeding with negotiations. "I think it's somewhat ironic to see some members of Congress wanting to make common cause with the hard-liners in Iran," he said. "It's an unusual coalition."

The missive is addressed "to the Leaders of the Islamic Republic of Iran" and starts out by explaining how the Constitution works, how Congress ratifies international treaties, and how while the president serves a four-year term, members of the Senate serve six.

"As applied today, for instance, President Obama will leave office in January 2017, while most of us will remain in office well beyond then — perhaps decades," the letter reads. "What these two constitutional provisions mean is that we will consider any agreement regarding your nuclear-weapons program that is not approved by Congress as nothing more than an executive agreement between President Obama and Ayatollah Khamenei. The next president could revoke such an executive agreement with the stroke of a pen and future Congresses could modify the terms of the agreement at any time."

Senate Democrats howled that the letter shreds the long-standing tradition that politics end "at the water's edge," and that the U.S. president is always given deference in foreign policy matters.

"It's unprecedented for one political party to directly intervene in an international negotiation with the sole goal of embarrassing the president of the United States," Minority Leader Harry Reid said. "Do you so dislike President Obama that you would take this extraordinary step? Obviously so."

Arizona Sen. John McCain, one of the letter's signers, says the Constitution specifically gives the Senate an "advise and consent" role in international agreements. "As important as they are, I'm not sure that the Ayatollahs will be surprised to hear that Republican senators want to have the advise and consent role," he said.

Iranian Foreign Minister Mohammad Javad Zarif, meanwhile, said in a press release that the letter "has no legal value and is mostly a propaganda ploy."