Accessibility links
Obama 'Embarrassed' For Republicans Who Wrote Iran Letter : It's All Politics In two interviews, the president weighs in on controversies over the letter 47 Republicans wrote to the leaders of Iran and Hillary Clinton's use of a private email account. 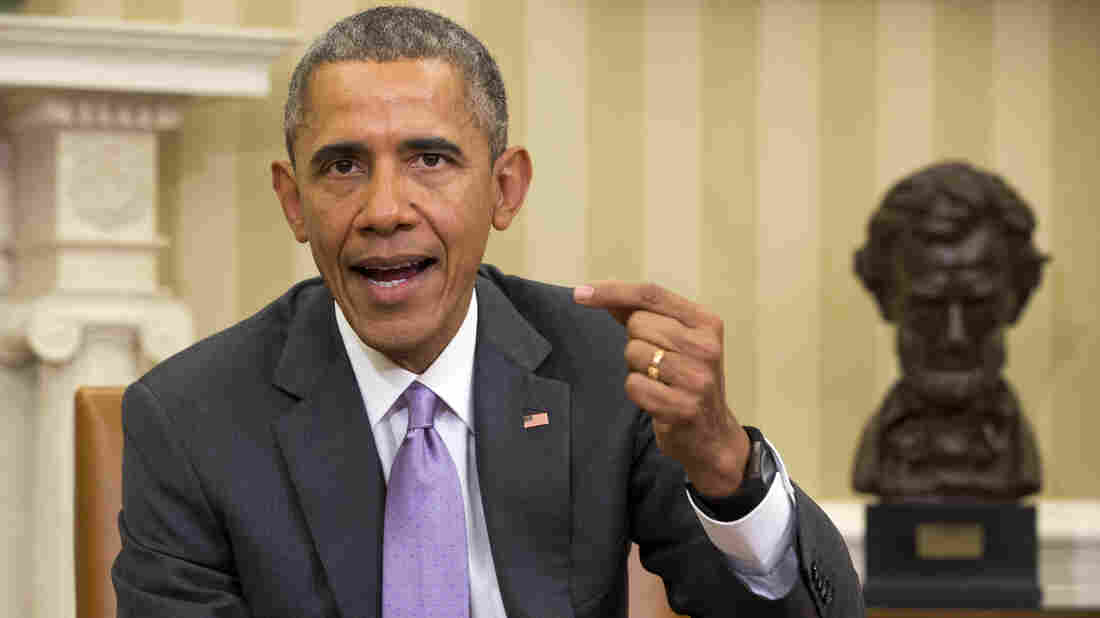 President Obama is shown in the Oval Office in the White House March 3, where he spoke about yet another topic: Iran and Israeli Prime Minister Benjamin Netanyahu's speech to Congress. Jacquelyn Martin/AP hide caption 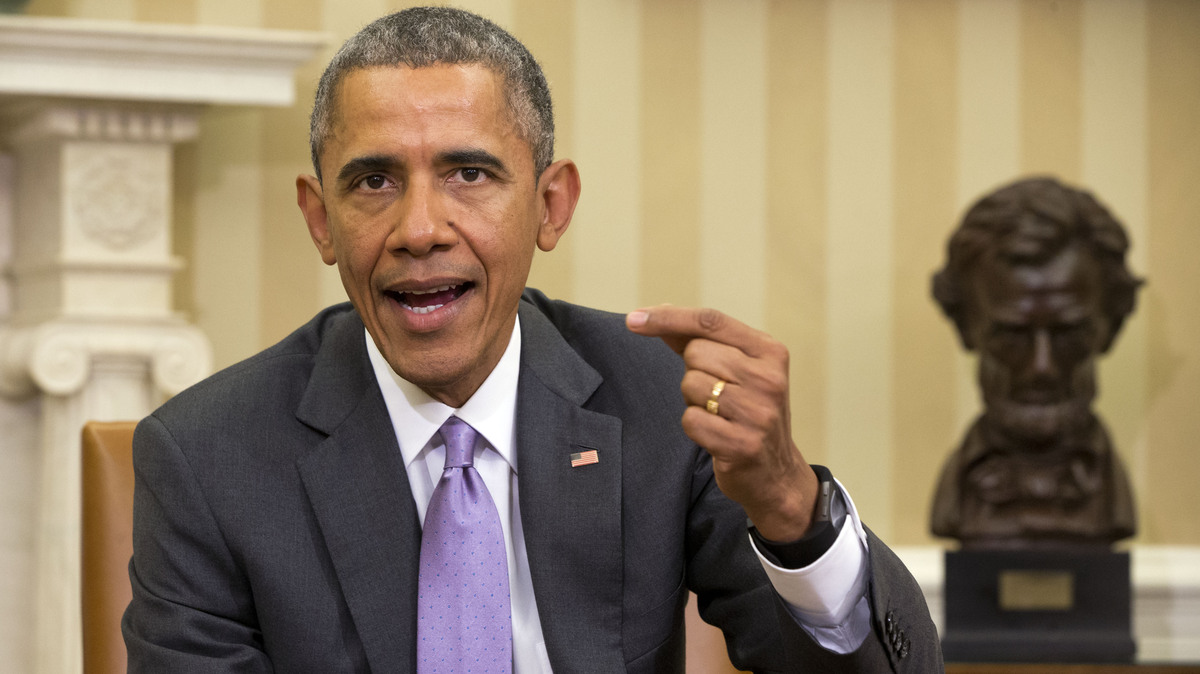 President Obama is shown in the Oval Office in the White House March 3, where he spoke about yet another topic: Iran and Israeli Prime Minister Benjamin Netanyahu's speech to Congress.

President Obama said he's "embarrassed" for the 47 Republican senators who tried to undercut nuclear talks with Iran by writing a letter directly to the Iranian leadership.

"For them to address a letter to the Ayatollah, who they claim is our mortal enemy, and their basic argument to them is, 'Don't deal with our president because you can't trust him to follow through on an agreement,' that's close to unprecedented," Obama said in an interview with Vice News.

The youth-oriented news outlet released an excerpt of the interview on Friday. The full conversation is to be released Monday.

The GOP letter was also fodder for Obama's late-night appearance Thursday on ABC's Jimmy Kimmel Live! Kimmel joked that 47 senators had warned him not to make any deals with Obama, who he joked was "the first Kenyan-born Muslim socialist" elected president.

Obama used the Kimmel appearance to also weigh in on Wednesday's shooting of two police officers in Ferguson, Mo., saying while the pattern of racial discrimination in the St. Louis suburb was "worthy of protest," it was "no excuse for criminal acts."

"Our thoughts and prayers are with the officers and their families," Obama said. "Thankfully, they're OK."

Kimmel quizzed the president about UFOs, daylight saving time and the comedian's pet peeve of overly long receipts dispensed by CVS drugstores. Most of the interview focused on the smaller details of life at the White House.

Obama confessed that it has been some time since he cooked for himself. And he complained the Secret Service doesn't allow him to drive.

"Is that because you don't have a birth certificate?" Kimmel asked.

"In Kenya, we drive on the other side of the road," Obama joked.

The interview also tiptoed into the controversy over Hillary Clinton's reliance on a private email account during her time as secretary of state. The president said he still uses a government-issued Blackberry for his email. And he declined to share Clinton's personal address.

"I don't think she'd want you to have it, frankly," Obama told Kimmel.

The president said he doesn't text and rarely tweets. But he played along with Kimmel's regular "Mean Tweets" feature and read aloud several written about him, as R.E.M.'s Everybody Hurts played softly in the background.

"Is there any way we could fly Obama to some golf course halfway around the world and just leave him there?" Obama read.

He quipped back, "Well, RW Surfer Girl, I think that's a great idea."

He seemed taken with this one: "How do you make Obama's eyes light up? Shine a flashlight in his ears." He laughed and said, "That's pretty good."

In the end, Obama told Kimmel the tweets weren't all that mean. After all, he said, "You should see what the Senate says about me."