Accessibility links
Lego Says You Can't Build That — Because Of Politics : It's All Politics A proposed set celebrating women of the Supreme Court flunks the company's "Acceptable Project" guidelines, reflecting the view that the high court has become political.

Lego Says You Can't Build That — Because Of Politics

Lego Says You Can't Build That — Because Of Politics 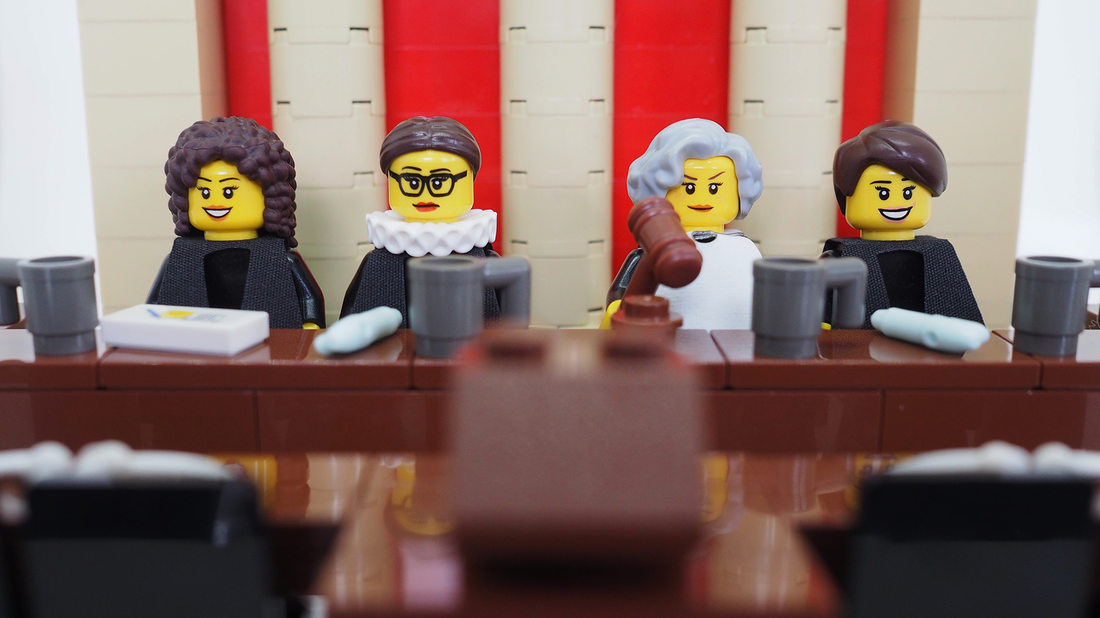 A model made of Legos of the four female Supreme Court justices. The designs were rejected as a product submission because of politics. Courtesy of Maia Weinstock hide caption 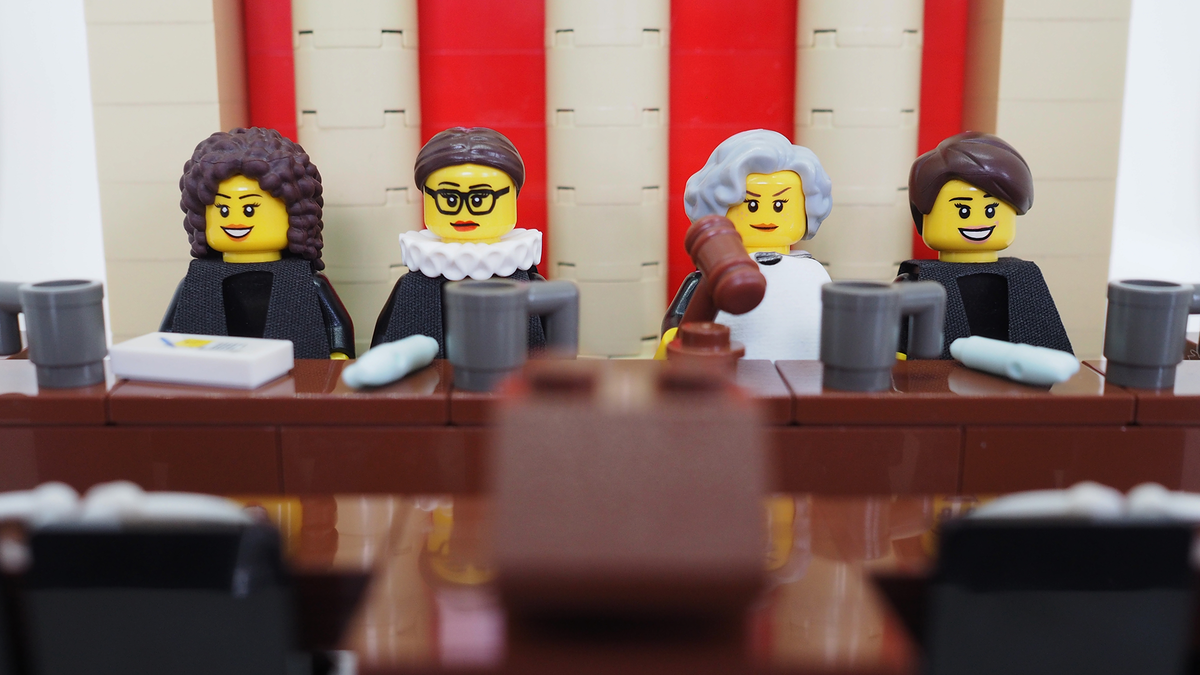 A model made of Legos of the four female Supreme Court justices. The designs were rejected as a product submission because of politics.

Science journalist Maia Weinstock recently got the idea to create a custom Lego set to celebrate the female justices of the U.S. Supreme Court. She researched the Supreme Court building, the justices and their traditions, all the way down to the silver mugs that they often carry out to the bench when hearing oral arguments.

After purchasing the pieces she needed, Weinstock created the "Legal Justice League: Women of the Supreme Court in Lego," in honor of International Women's Day.

"Some of these women are pretty iconic in terms of their media appeal these days," Weinstock told NPR. "One consideration was that this would be a great way to promote what these women have done."

Weinstock posted photos of her project to her Flickr page and submitted the set to Lego Ideas — a platform that allows creative types to submit "new, original, and creative ideas to be considered as future Lego products."

Once a project reaches 10,000 votes on the website, it is reviewed by the Lego Review Board, a team made up of company designers and product managers. The Legal Justice League set seems like a good bet — when Weinstock later added the photos to her personal website and sent them out on Facebook and Twitter, she received positive feedback and thousands of views. Many inquired whether and where the set could be purchased.

But her project didn't even get to a popular vote. About five days after submitting her project, Weinstock received a form email from the company saying her project had not been accepted. She was directed to the company's Acceptable Project Content guidelines.

Lego does not accept projects relating to "politics and political symbols, campaigns, or movements," the policy said — though it has created a Lego White House and Lincoln Memorial as part of its "Architecture" line.

The list of unacceptable topics also includes "religious references," "sex, drugs, or smoking," "swearing," and images of violence, among other things.

"We will decide how a project fits these standards," the company policy said.

"I honestly understand having a policy in place like that," said Weinstock. But Weinstock said she looked at the policy before submitting and didn't think that her project was political.

"The U.S. Supreme Court is supposed to be separate from political considerations," she said. "People are appointed for life specifically so that they don't answer to the changing whims of politics."

Whether the Supreme Court is removed from politics is a point of great debate, and many — on both sides — disagree with Weinstock's view.

A study out this week from the University of Chicago found "confidence in the Supreme Court has fallen among Democrats, Republicans and independents since 2012, driving confidence in the court to a 40-year low overall," the Associated Press reports.

The National Constitution Center's blog provides some historical perspective on the question posed by Weinstock's Lego design. They cite the Founding Fathers, who seemed to believe that the judiciary is — and always must be — above the political fray:

And if you want to go farther back, Alexander Hamilton defined the independent role of the Judiciary in Federalist 78.

"The general liberty of the people can never be endangered" from the judiciary, so long as it "remains truly distinct from both the legislature and the executive," Hamilton argued. He also agreed with a concept from Montesquieu and Madison: "There is no liberty if the power of judging be not separated from the legislative and executive powers."

Lego seems to side with the growing American sentiment that the court is becoming increasingly political.

The company did not return a request for comment, but it did tell The Daily Beast: "It's true, as a children's toy brand, we refrain from any associations with active or current politics. Cases in which the LEGO brand are used in this manner have historical context. Any contemporary political association of the LEGO brand is unofficial content that is generated by enthusiasts and not endorsed by the LEGO Group."

But Weinstock maintains that her creation was intended to transcend politics.

"The other major consideration for me is that I thought it would be a wonderful opportunity to highlight the history of women in the United States, and especially in law," she said. "I later learned after I submitted that a relatively small number of women are actually lawyers in this country. And as you go up the ranks higher and higher through our judicial system, the percentages get even fewer and fewer."

"And frankly," Weinstock added, "I thought it would be awesome to have a Latina justice. There are very few Latin American role models in toys that I know of."

Of course, even that notion, could be seen as political for some.

The "Legal Justice League" isn't Weinstock's first Lego creation. She has channeled her passion for science into a running series of Lego figures replicating major scientists in the field. She said this is all part of an effort to promote women in science and history.

"I definitely wanted to promote the idea of encouraging girls to think big, and toys are a wonderful way to do that," she said. "And certainly, that is definitely one of Lego's mantras these days."