Accessibility links
Bad Blood Gets Worse Between Barack, Bibi And Israel : It's All Politics Benjamin Netanyahu's re-election is likely to cause President Obama more headaches when it comes to dealing with Republicans, the Iran negotiations and the Israeli-Palestinian peace process. 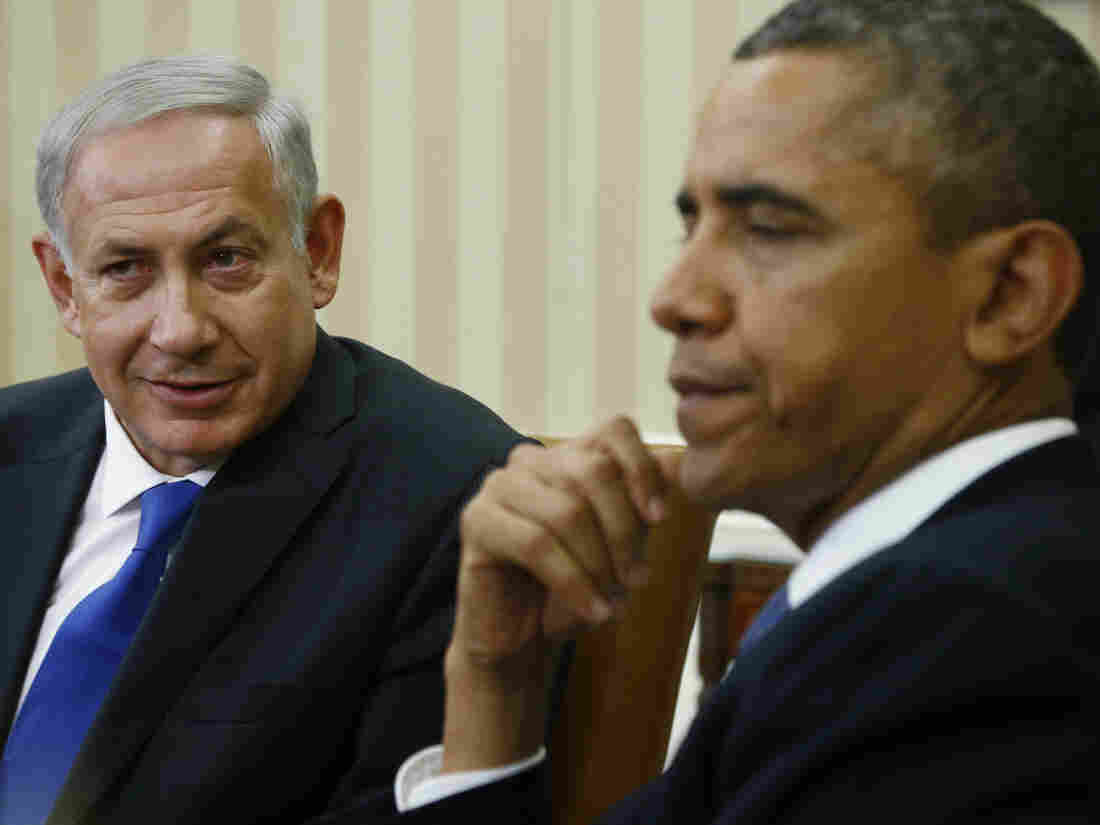 President Obama with Israeli Prime Minister Benjamin Netanyahu at the White House in 2013. The two have never had a warm and fuzzy relationship. Charles Dharapak/AP hide caption 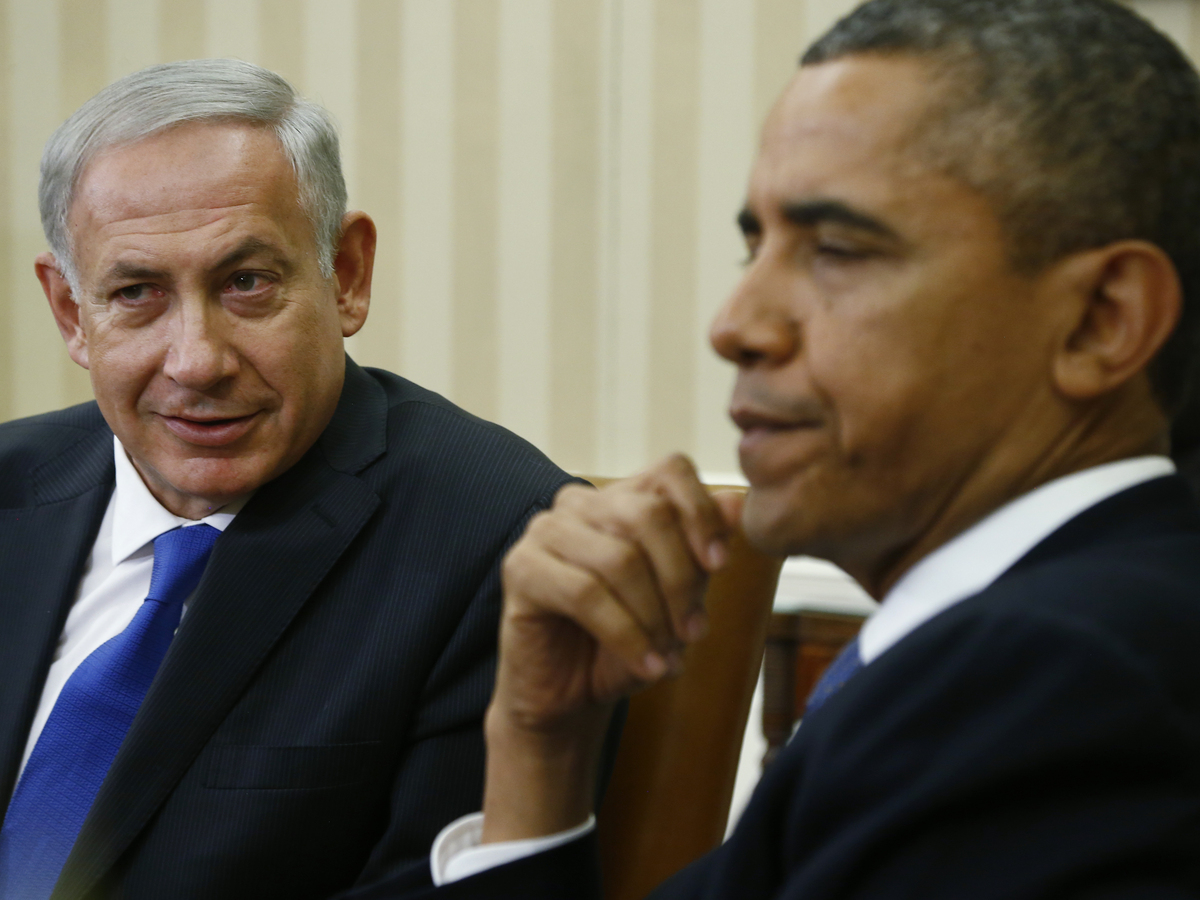 President Obama with Israeli Prime Minister Benjamin Netanyahu at the White House in 2013. The two have never had a warm and fuzzy relationship.

The U.S.-Israeli relationship was one of the issues in the Israeli elections — in particular Prime Minister Benjamin Netanyahu's poisonous personal relationship with President Obama.

Now, with Netanyahu's return to power, that relationship doesn't look like it will be improving anytime soon.

Publicly, the White House says the U.S.-Israeli relationship is too strong to be affected by one election. But it's clear that many administration officials would have preferred a different result.

On Tuesday, the day of the election, Netanyahu warned that his leftist opponents were driving Arab voters to the polls "in droves" to defeat him. (Arab Israelis are 20 percent of the population in Israel.)

Onboard Air Force One Wednesday, White House press secretary Josh Earnest told reporters, unprompted, that the White House would be communicating directly to the Israelis its "deep concern about the divisive rhetoric used to marginalize Arab Israeli citizens."

On a policy front, Netanyahu's re-election is likely to cause the president more headaches.

It will increase Republicans' willingness to challenge the president on foreign policy — as they did by inviting Netanyahu to give that controversial speech to Congress two weeks ago and then again with that letter 47 Republicans wrote to Iranian leaders blasting Obama's efforts to get a nuclear deal.

Netanyahu's victory, Republicans feel, validates their decision to do so.

Another Complication To An Iranian Nuclear Deal

As for getting an Iran deal done, the Israeli election result puts another hurdle in Obama's path. If the government of Israel had changed, it would be a lot easier for him to reach an agreement with Iran and sell it to Congress.

Republicans in Congress had already been pushing the boundaries, and a bill giving Congress the ability to accept or reject a nuclear deal with Iran could come up for a vote as early as April.

The White House insists Netanyahu's re-election will have no effect on the negotiations, but it may make it harder for the president to persuade Congress to give those negotiations more time.

White House Chief of Staff Denis McDonough has been warning lawmakers not to interfere before all the details of a deal are worked out — which could take three more months.

The White House's top targets are Democrats. The president needs to hold down defections among his own party in the Senate, so that the bill does not receive a vetoproof majority.

Then there is the Israeli-Palestinian peace process, which has been on life support for some time.

But Netanyahu's re-election might have flatlined it altogether. In the days leading up to the elections, Netanyahu vowed there would be no Palestinian state as long as he was prime minister.

Backing a two-state solution has been the policy of the United States since 2002.

Netanyahu's remarks guarantee there will be no Israeli-Palestinian peace deal during Obama's term.

The Obama administration says it will now have to re-evaluate the U.S. approach to the peace process.

President Obama might also have to re-evaluate how he will handle a newly strengthened Israeli prime minister — one who stands in the way of progress on a two-state solution and a legacy-cementing nuclear deal with Iran.