Accessibility links
Who's Winning The 2016 Race — On Facebook And Twitter? : It's All Politics While many of the potential presidential contenders are on the road, the race is also taking off on social media. 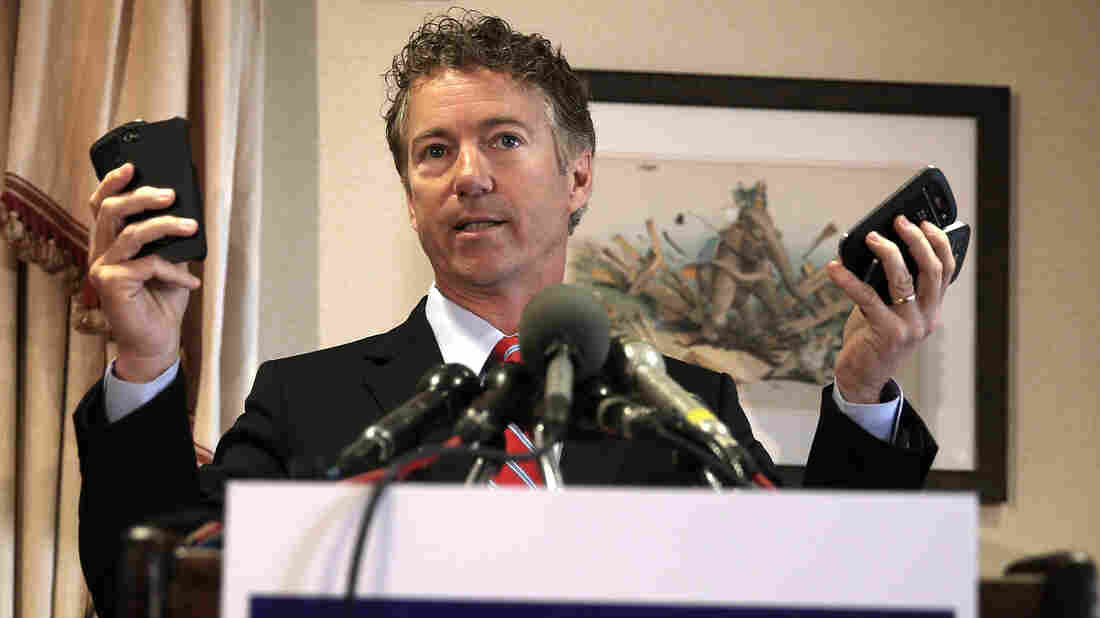 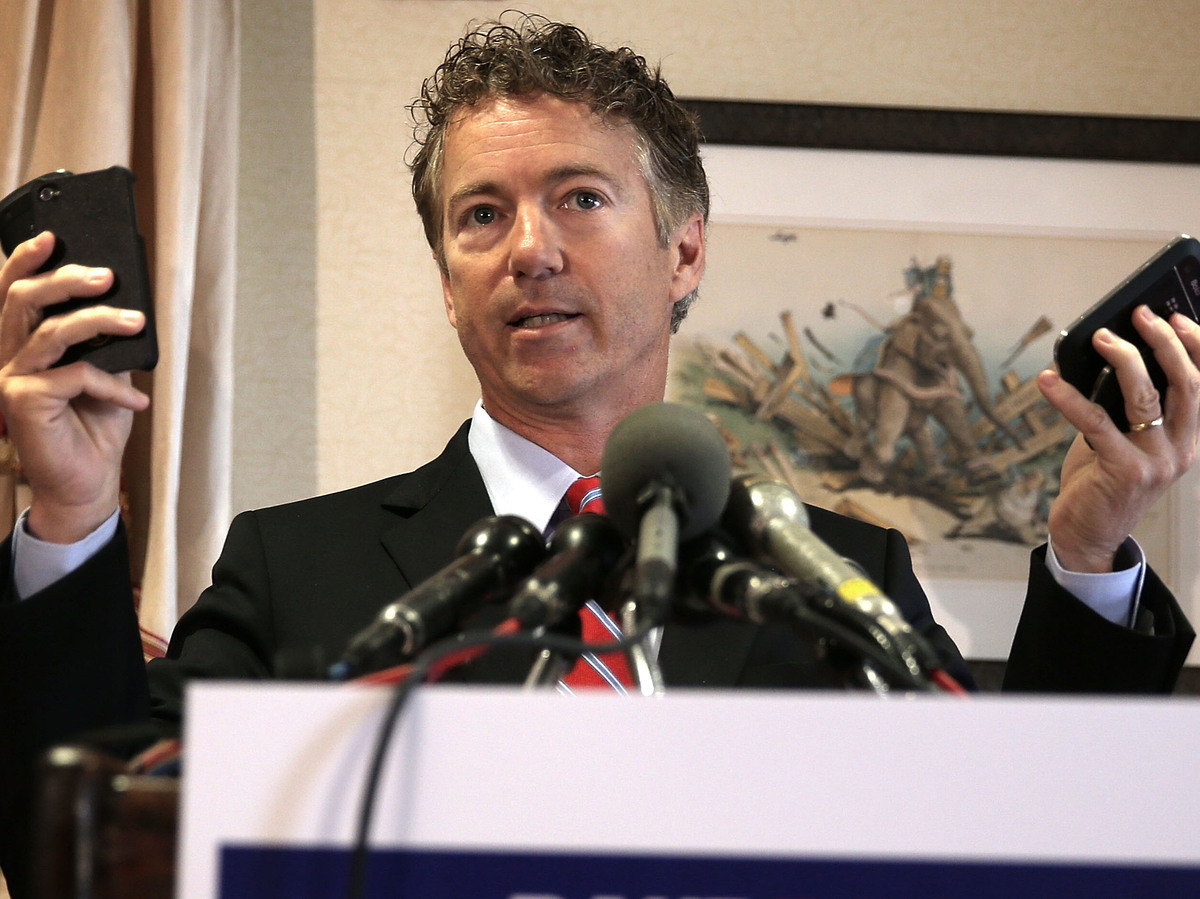 Sen. Rand Paul's Facebook page has nearly 2 million likes. It features posts from his travels, interviews and infographics about his potential competition.

While the 2016 presidential hopefuls are hitting the road in places like Iowa, New Hampshire and South Carolina, the race is also taking off on social media.

Let's start with Twitter: With nearly 3 million Twitter followers, Hillary Clinton is way ahead of the other potential candidates:

Clinton only started tweeting in June 2013, and she tweets sparingly — though she seems to be ramping up this week. It's a calculated mix of her opinions on political news, photos from her travels and work to empower women and girls as well as family photos.

It was on Twitter that she finally posted a long-anticipated response to her recent email debacle on March 4: "I want the public to see my email. I asked State to release them. They said they will review them for release as soon as possible." That tweet received more than 10,000 favorites. This week she got more political, weighing in on the House Republicans' budget, and expressing frustration that the Senate is stuck on a bill that would create a fund for human trafficking victims and is continuing to block Loretta Lynch's confirmation as attorney general.

Sen. Rand Paul of Kentucky is taking the lead on Facebook. Paul's politician page has 1.9 million likes and 228,537 people were "talking" about him as of Tuesday:

In his Facebook posts, he can be seen behind podiums and on political trips. He also links to articles and video clips he's featured in and infographics that express his views on topics from legalizing marijuana to Loretta Lynch. He also denounces his (potential future) competition.

But it seems Clinton isn't even in the game on Facebook. She doesn't have a verified Facebook page, just a topic page with more than 400,000 likes. That's still more than Jeb Bush's 163,000, even though he appears to be doing all the right things — using hashtags, tagging friends like Benjamin Netanyahu, and posting selfies, baby pictures and vintage photos of his mom, Barbara Bush, and his wife, Columba:

While verified public pages could not be found for some — Vice President Joe Biden, former Maryland Gov. Martin O'Malley or former Pennsylvania Sen. Rick Santorum — many had more than one verified account. For example, Sen. Elizabeth Warren (who has said she will not run) has two Twitter handles: @senwarren and @elizabethforma; one is her official Twitter account as senator of Massachusetts and the other is her official personal account, in which she describes herself as senator. In one photo, she wears a pink blazer and in the other a blue blazer. The difference in looks is subtle, but she divides the content — on one account she tweets politics and on the other she cheers on the Patriots.

All the numbers so far pale in comparison to accounts that are making big waves on Facebook or Twitter (see Katy Perry's 66 million or President Obama's 56 million followers). But the 2016 race is still, technically, anybody's game — so the next great social candidate might just be one good tweet or selfie away.