Accessibility links
What If Everyone In America Had To Vote? : It's All Politics President Obama called the idea of mandatory voting potentially "transformative." That's true, and Democrats might love it, but it's not likely to happen.

What If Everyone In America Had To Vote?

What If Everyone In America Had To Vote? 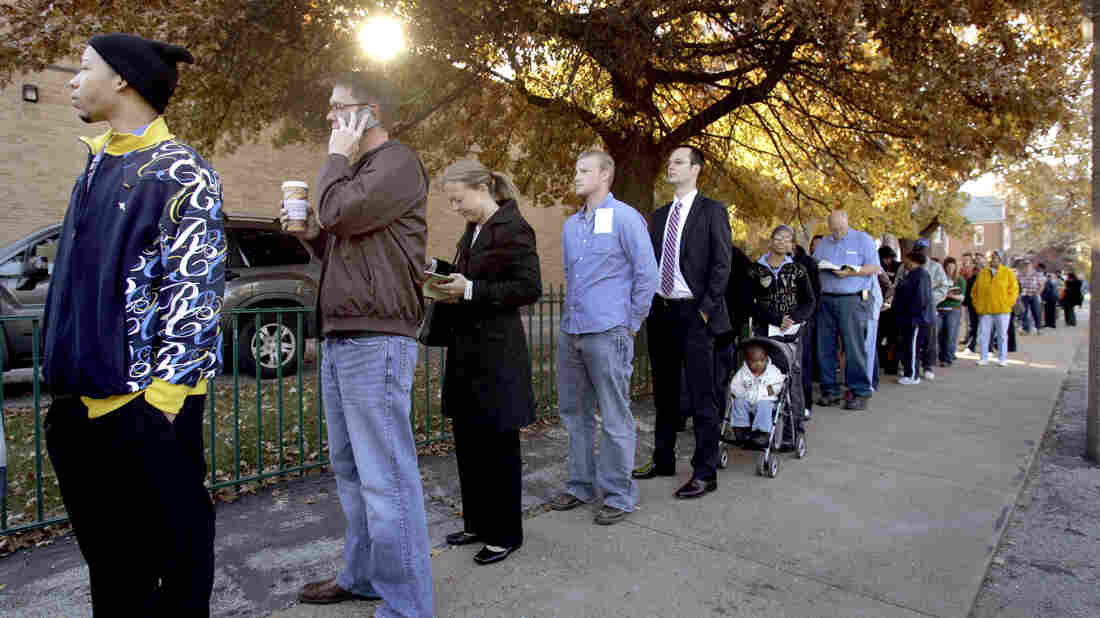 "It would be transformative if everybody voted — that would counteract money more than anything," President Obama said Wednesday in Cleveland. Jeff Roberson/AP hide caption 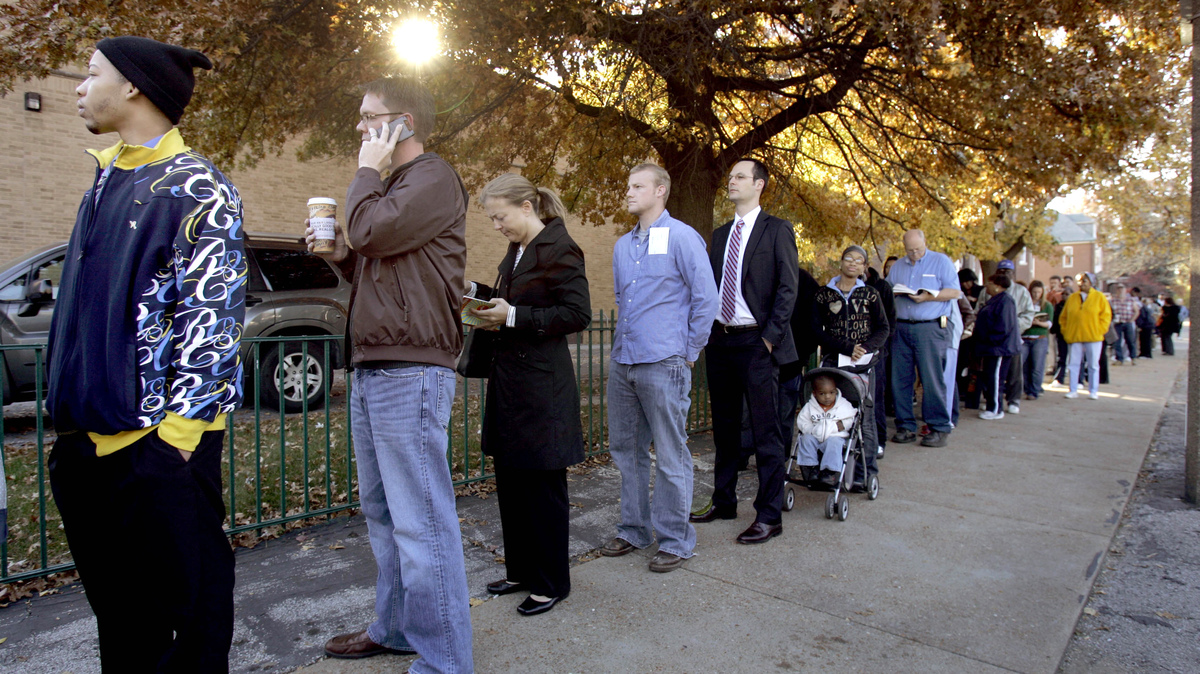 "It would be transformative if everybody voted — that would counteract money more than anything," President Obama said Wednesday in Cleveland.

Australia has near 100 percent turnout in its elections. How do the Aussies do it? They, like 25 other countries, require people to vote.

President Obama wondered aloud Wednesday whether it was time for the United States to consider a similar move.

"In Australia and some other countries, there's mandatory voting," Obama said at an economic event in Cleveland. "It would be transformative if everybody voted — that would counteract money more than anything."

Of course, this is something that is unlikely to ever happen in this country. In addition to the pushback from conservatives it would face, it also cuts against the grain of the American idea of being free not to do things, including vote.

What's more, in these other countries, the enforcement mechanisms run the gamut — from fines to even jail time.

There's a political reason Democrats in the U.S. would flirt with the idea. Despite President Obama's winning two presidential elections with at least 51 percent of the vote — the first time that's happened in this country since Eisenhower — midterms have been a different story for the president's party.

Why? The very groups that bolstered Obama's victories — young voters, minorities, and unmarried women — are the same ones that tend to turn out in lower numbers in midterms.

In fact, with the 2014 Democratic losses, Obama now has the distinction of his party losing the most House seats since Harry Truman — 76.

"If everybody voted," Obama maintained, "then it would completely change the political map in this country."

That is true. If the U.S. embraced mandatory voting, it would put get-out-the-vote operations out of business, pollsters wouldn't have to weight for past voting trends, and it would be relatively easy to tell what the outcome of an upcoming election would be, based on demography.

And, right now, that favors Democrats.

Another benefit: The cliche "It all comes down to turnout" would finally be retired from the the pundit lexicon.

But this is America, not Australia, so it will all very likely still, well, come down to turnout.