Accessibility links
How Senate Democrats Will Choose Their Next Leader : It's All Politics Closed-door leadership elections are held on a given day, but really take place over years of interaction and commerce among caucus members. Ideology and issues are not the paramount concern. 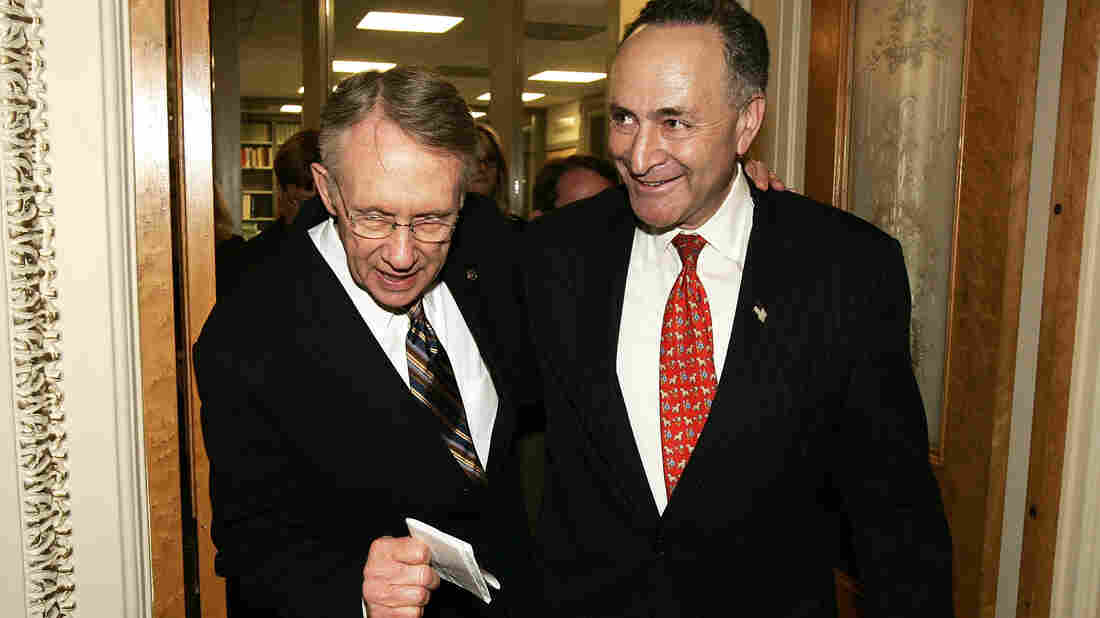 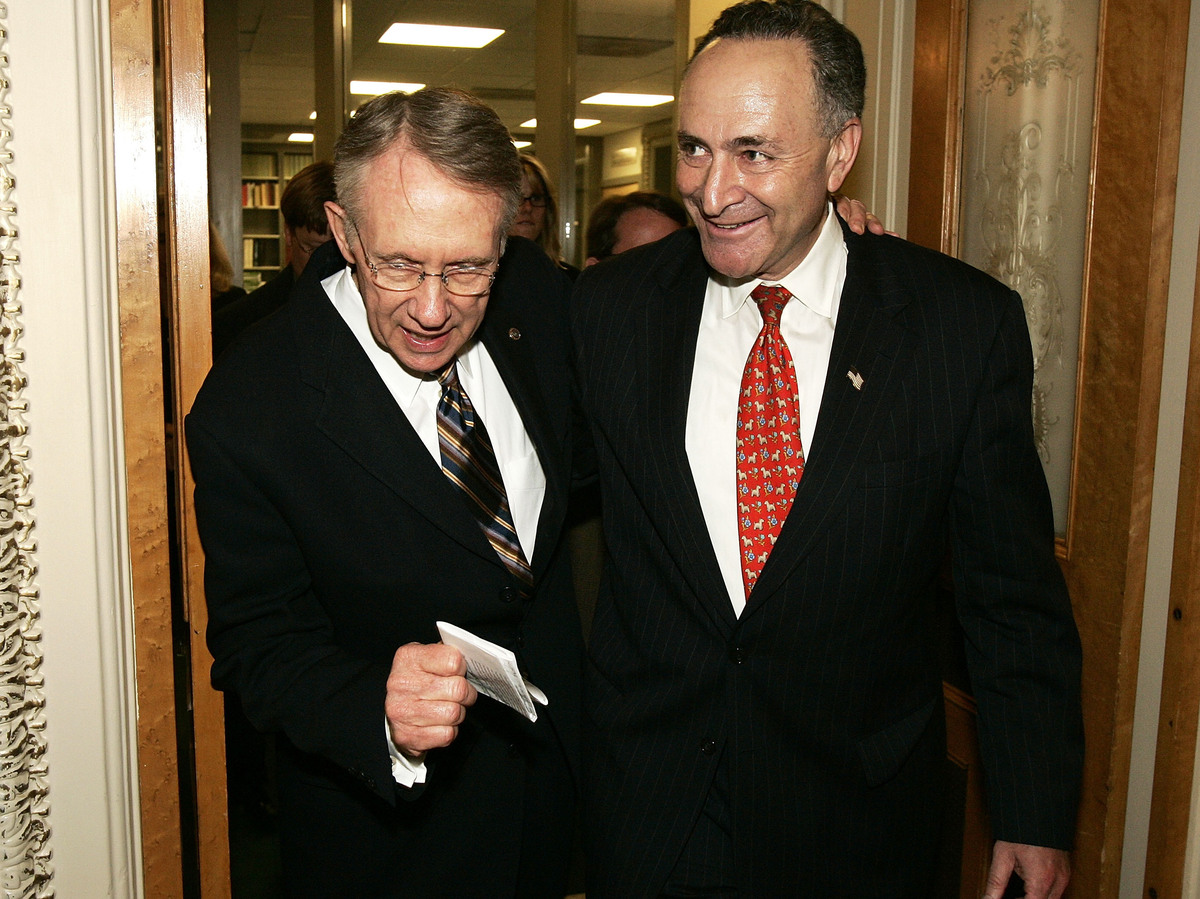 When word came of Senate Democratic Leader Harry Reid's decision to retire, various observers and Democratic constituencies quickly emerged with their choices for his successor as the party's Senate leader.

There were those who touted Patty Murray of Washington, the proven problem-solver and veteran legislator who has worked her way up the ladder of Senate succession. Others talked up Elizabeth Warren of Massachusetts, who in just two years has emerged as a star in the caucus and who has also joined the leadership in a junior role.

Either the first-termer Warren or the fourth-termer Murray would have added appeal as the first woman to lead either party in the Senate.

But that is not generally how elections to leadership work in the Senate. Nevadan Harry Reid is a good example of the way those votes are wired.

He took over in 2005 after Tom Daschle of South Dakota had lost his re-election contest rather unexpectedly. At the time, Reid was unknown to most Americans, but he beat back a challenge from the more senior and mediagenic Chris Dodd of Connecticut. And since then, Reid has not been challenged.

Leadership elections in the Senate are held on a given day in a closed-door caucus, but they really take place over years of interaction and commerce among the members of that caucus. The outcome is usually the product of countless political transactions between individual senators — years of favors, accommodations and understandings. Ideology and issues are not the paramount concern.

When the secret ballot is taken, individual senators typically vote for the party leader they think will be best for them — someone who will protect their specific interests and privileges and not interfere with their own political plans.

That prospective leader might make a great symbol of the party and offer a smashing media presence, but those considerations are secondary.

For many years people have wondered at the personalities who wind up in the Senate's top job. Sometimes the question is rather pointedly personal, as in "How did Harry Reid get to be leader?" 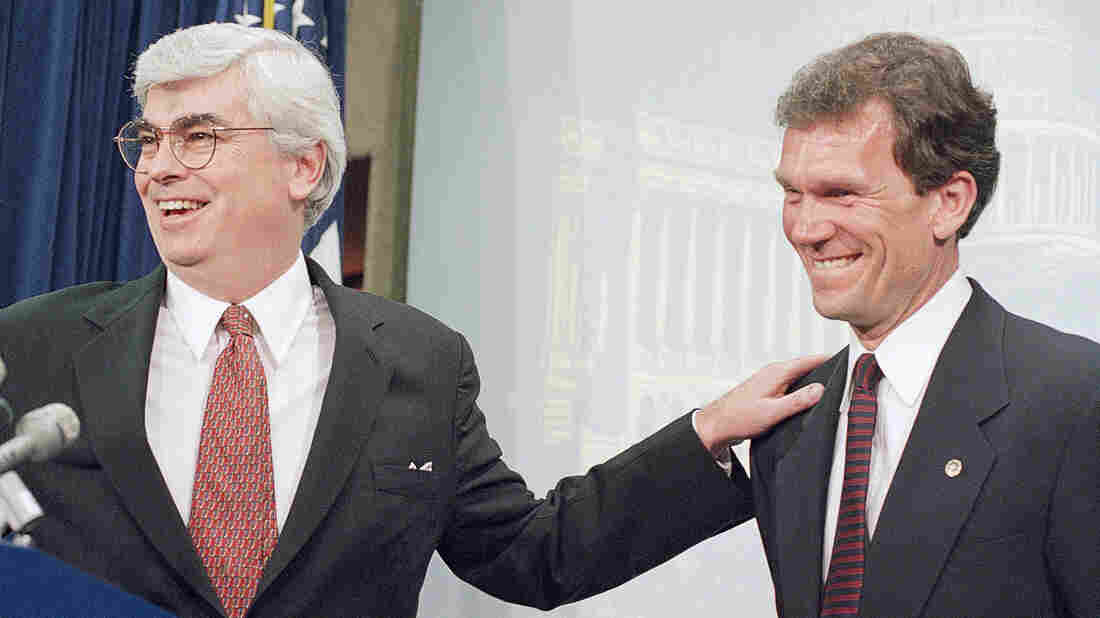 Sen. Christopher Dodd, D-Conn., left, with then-Senate Minority Leader Tom Daschle at a 1995 news conference on Capitol Hill. Harry Reid took over as leader in 2005 after Daschle unexpectedly lost his re-election. At the time, Reid was unknown to most Americans, but he beat back a challenge Dodd. John Duricka/AP hide caption 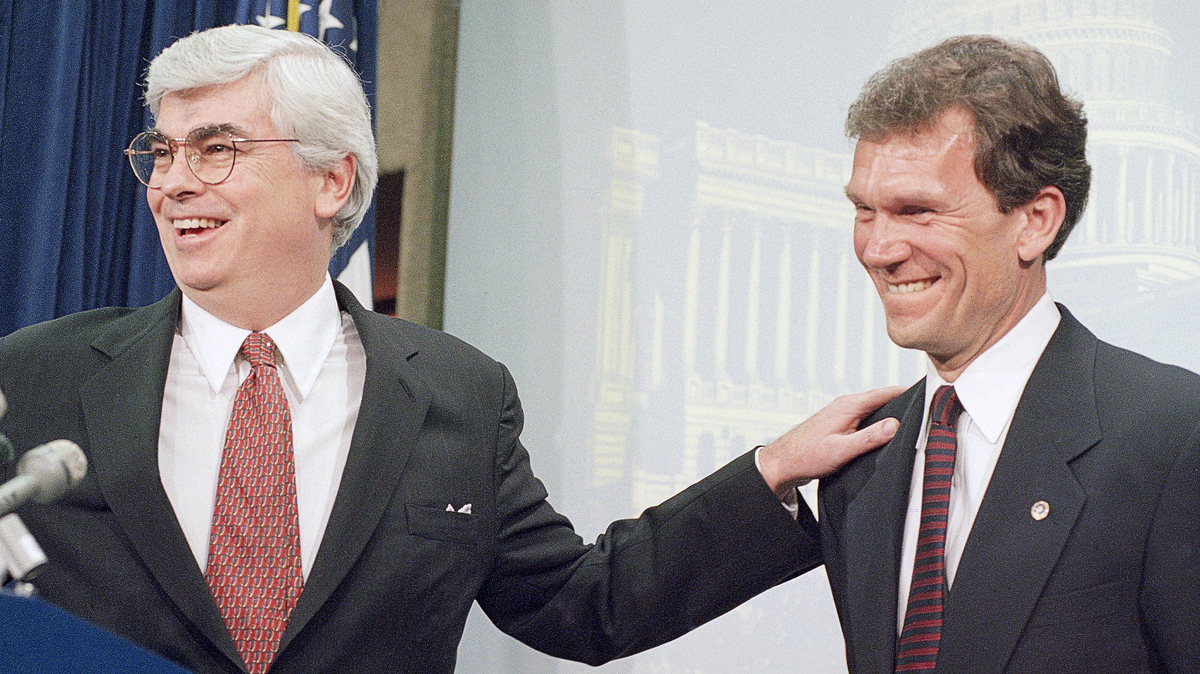 Sen. Christopher Dodd, D-Conn., left, with then-Senate Minority Leader Tom Daschle at a 1995 news conference on Capitol Hill. Harry Reid took over as leader in 2005 after Daschle unexpectedly lost his re-election. At the time, Reid was unknown to most Americans, but he beat back a challenge Dodd.

When Senate Democrats first elected Reid they were still in a state of shock — or at least disappointment — over the November election results of 2004. They had hoped one of their number, John Kerry of Massachusetts, would unseat President George W. Bush and restore the edge the Democrats had lost in the Senate in 2002. It didn't turn out that way, and among the deepest wounds was the fall of Daschle, a popular caucus champion since 1995.

Reid had been the Senate minority whip at the time, having climbed the leadership ladder steadily since arriving in 1987. He was closely associated with the issue of nuclear waste, devoting himself to blocking the federal plan to store the radioactive stuff in Yucca Mountain in Nevada. Outside Nevada, however, Reid was not well known, having done his best work well away from the cameras.

Many of Daschle's fellow senators were caught up short by his defeat, but Reid had been busy. Loyal to his boss, Reid could also sense how the electoral climate was changing on the Plains. He spoke more often with his Democratic colleagues than anyone else in the Senate. And when the opportunity came, he had positioned himself to succeed.

In an earlier era, people asked: "How did Robert Byrd get to be leader?" 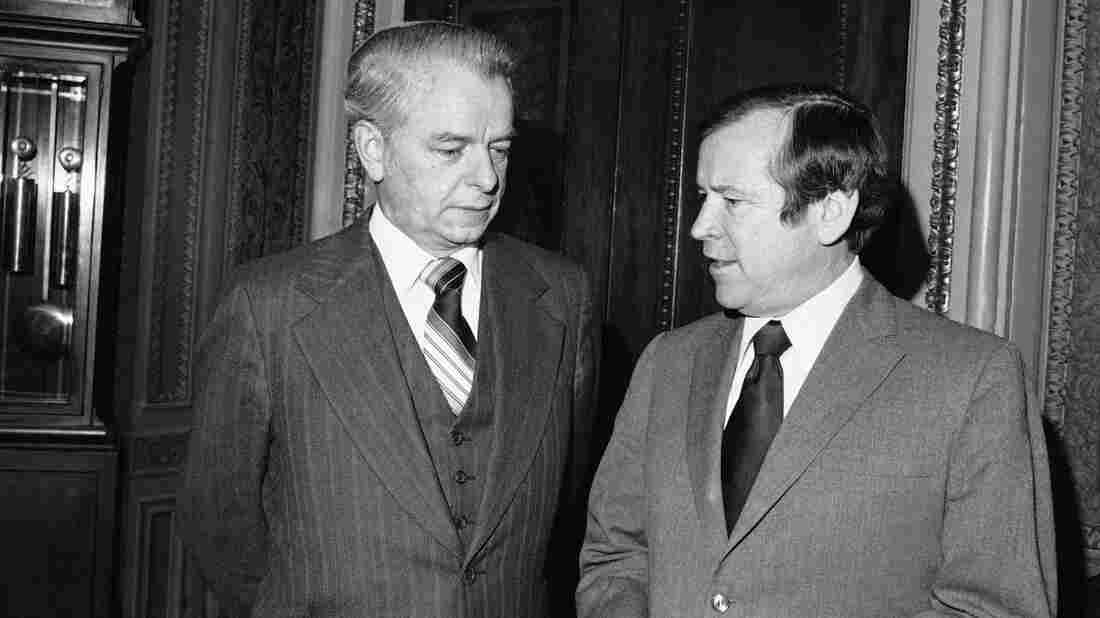 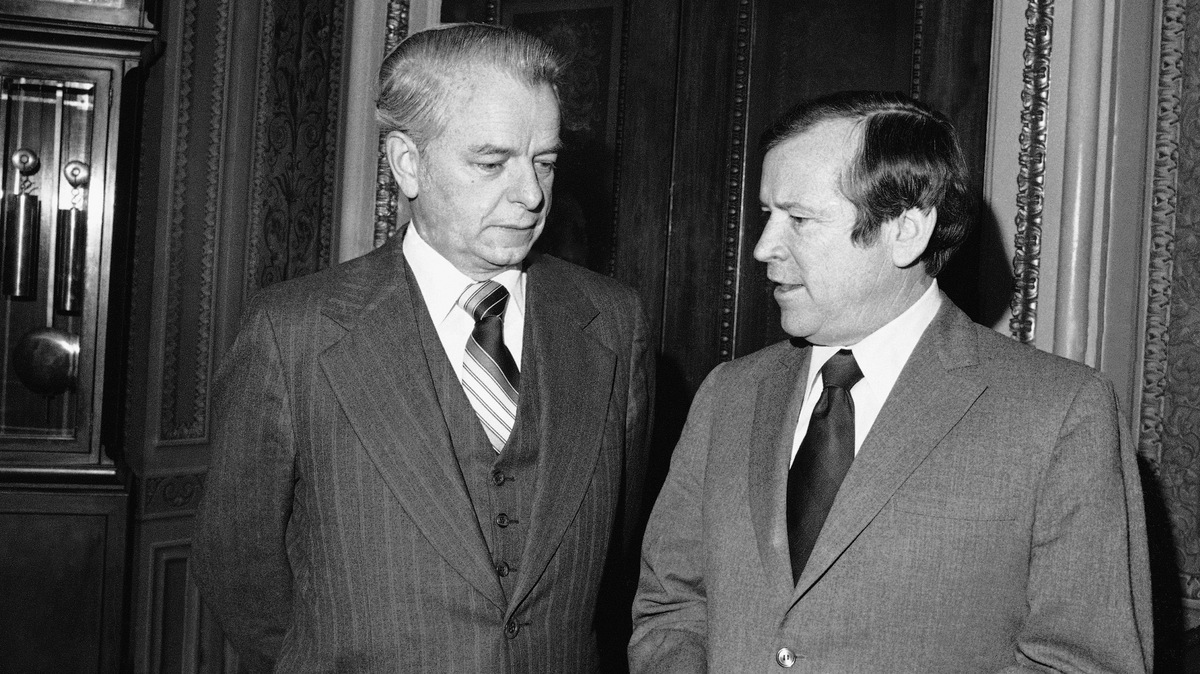 Byrd, a West Virginian, holds all the records for longevity as a senator and a leader. He got in line to be the party leader by ousting Edward Kennedy of Massachusetts as party whip in 1971. Many were stunned at the time that the famous, charismatic Kennedy could be so displaced, but Byrd caught his rival at a moment of weakness (the Chappaquiddick scandal was still reverberating) and out-organized him in the caucus.

On that occasion, as on many others, Byrd had been campaigning quietly for years. And when the top job came open in 1976, Byrd was right there with the votes again — defeating the much more widely-known Hubert Humphrey, the former vice president and presidential nominee.

George Mitchell of Maine, who served as the Democratic leader between Byrd and Daschle, ascended largely on the strength of his meticulous negotiating and his successful chairmanship of the Democrats' campaign committee in 1986. That was the year the Democrats captured a net of eight seats and became the majority party in the Senate for the first time in six years.

One of the senators Mitchell helped elect that year was Harry Reid, and the man most likely to succeed Reid as leader is another former chairman of the campaign effort — Charles Schumer of New York — a master of internal networking in his own right.