Accessibility links
Obama To Scott Walker: 'Bone Up On Foreign Policy' : It's All Politics The president weighed in on the 2016 presidential race in an interview with NPR, taking aim at GOP upstart Scott Walker for saying he would revoke any Iran deal on Day 1 of his presidency. 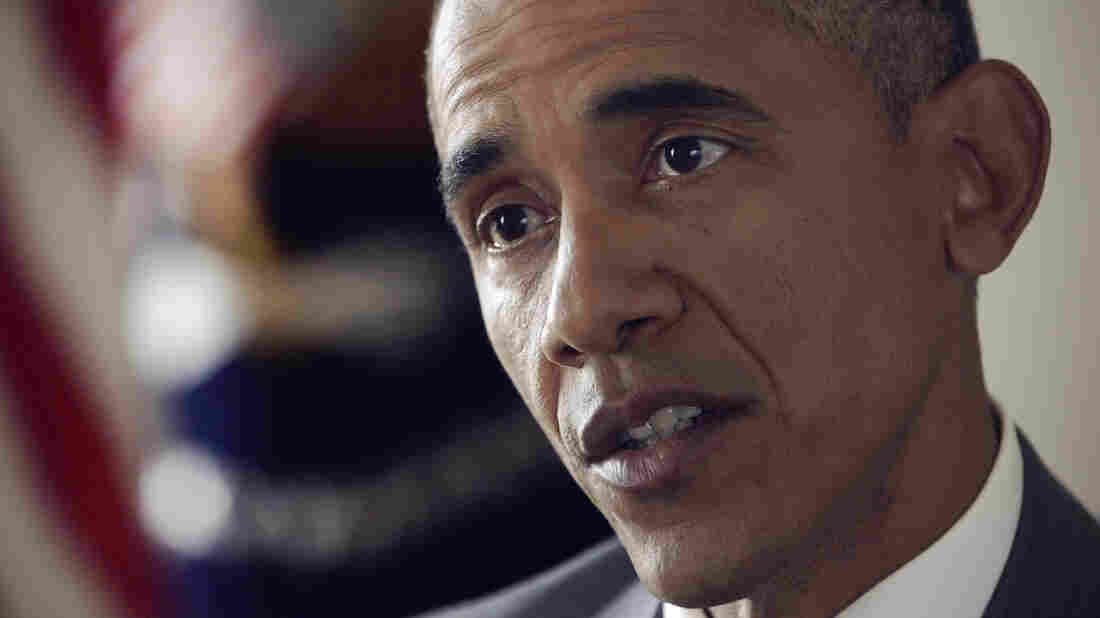 In an interview with NPR's Morning Edition host Steve Inskeep, President Obama said Wisconsin Gov. Scott Walker is advocating a "foolish approach" to Iran and that he should "bone up on foreign policy." Mito Habe-Evans/NPR hide caption 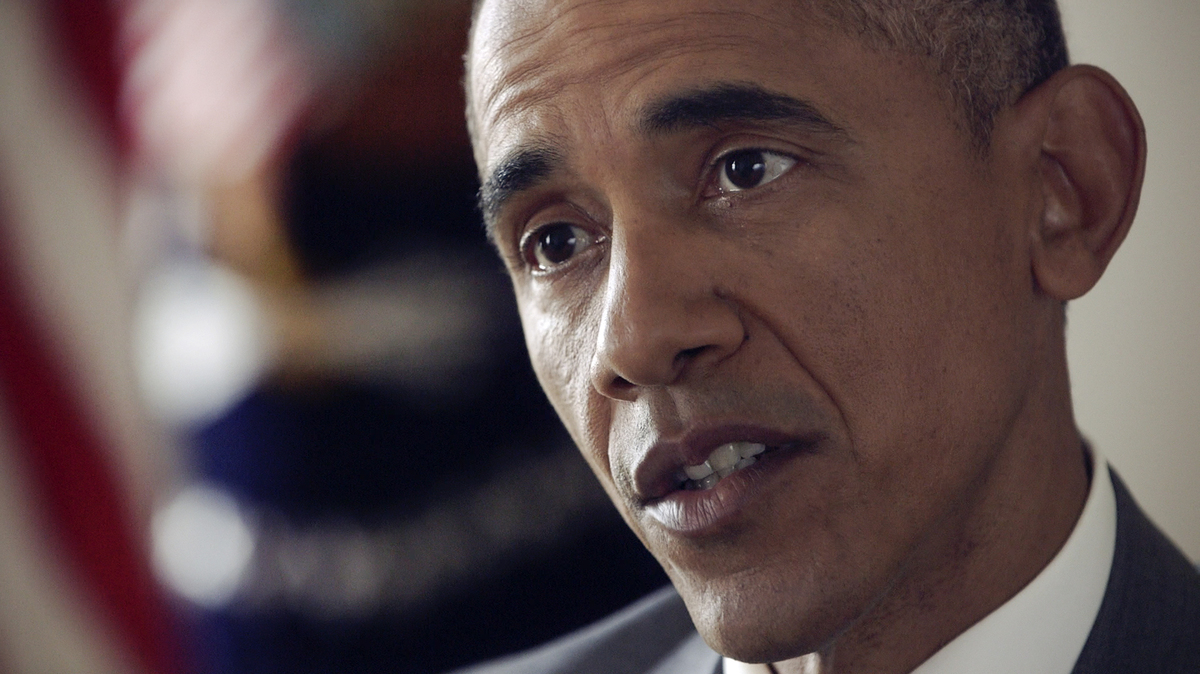 In an interview with NPR's Morning Edition host Steve Inskeep, President Obama said Wisconsin Gov. Scott Walker is advocating a "foolish approach" to Iran and that he should "bone up on foreign policy."

Anyone who thinks President Obama will shy away from presidential politics in 2016, think again.

Obama scoffed at Republican Wisconsin Gov. Scott Walker's suggestion that he would, on Day 1, revoke any nuclear agreement with Iran if he is elected president.

"It would be a foolish approach to take," Obama said in an interview with NPR's Steve Inskeep, "and perhaps Mr. Walker — after he's taken some time to bone up on foreign policy — will feel the same way."

There's a full transcript, and here's the full video of the interview — it is cued to Obama's full answer on this question:

The shot comes as the president tries to sell the framework of a deal between his administration, other world powers and Iran to curtail Iran's nuclear weapons program in exchange for the lifting of some economic sanctions. It also comes months after a trip overseas for Walker, in which he declined to weigh in on foreign policy — and in the midst of campaign kickoff season with several presidential candidates set to announce their intentions to run for president this month.

"I am confident that any president who gets elected," Obama told Inskeep, "will be knowledgeable enough about foreign policy and knowledgeable enough about the traditions and precedents of presidential power that they won't start calling [into] question the capacity of the executive branch of the United States to enter into agreements with other countries. If that starts being questioned, that's going to be a problem for our friends and that's going to embolden our enemies."

"President Obama's failed leadership has put him at odds with many across the country, including members of his own party, and key allies around the world. Americans would be better served by a president who spent more time working with governors and members of Congress rather than attacking them. Whether it is cutting a bad deal with Iran, calling ISIS the JV squad, or touting Yemen as a success story, Obama's lack of leadership has hurt America's safety and standing in the world."

In the past couple of weeks, Walker, who has vaulted to the top tier of the GOP primary candidates, has reiterated that he would "absolutely" rescind any deal with Iran if he becomes president.

"Absolutely, on Day 1," Walker told conservative radio host Hugh Hewitt. "I mean, to me, it is, the concept of a nuclear Iran is not only problematic for Iran, and certainly for Israel, but it opens the doors." He added, referring to Saudi Arabia, "You're going to have plenty of others in the region. ... They're going to want to have a nuclear weapon if the Iranians have a nuclear weapon."

In another interview in Wisconsin, Walker followed up and said he would "absolutely" do away with any agreement with Iran even if allies did not want to reimpose sanctions.

"I will pull back on that on Jan. 20, 2017," Walker said, noting the date a new president would be inaugurated, "because the last thing — not just for the region but for this world — we need is a nuclear-armed Iran."

Of course, Obama's negotiating team would dispute the premise that Iran would get a weapon because of a deal. The White House argues the point of a nuclear agreement is to prevent Iran from getting one.

The sharply critical Walker stance is a far cry from his February trip to the United Kingdom, where he declined to weigh in on foreign policy. It's the same trip during which he also chose to punt on whether he believed in evolution.

"Maybe it is a bit old-fashioned," Walker said, but, "I don't think it's wise to undermine the president of your own country." He added, "I just don't think you talk about foreign policy when you're on foreign soil."

James D. Boys, associate professor at Richmond University in London who researches American foreign policy and who attended the speech, told the Milwaukee Journal Sentinel afterward, "I know he's your governor, and I wouldn't want to be rude, but he's flown thousands of miles to talk about cheese. Nobody in that audience was there to hear about cheese or the Wisconsin economy. Full stop."