Accessibility links
Hillary Clinton Expected To Go Small With Big Announcement : It's All Politics A source with knowledge of Hillary Clinton's campaign plans says she will announce on Sunday that she's running for president. But don't expect a big campaign rally with thousands of supporters. 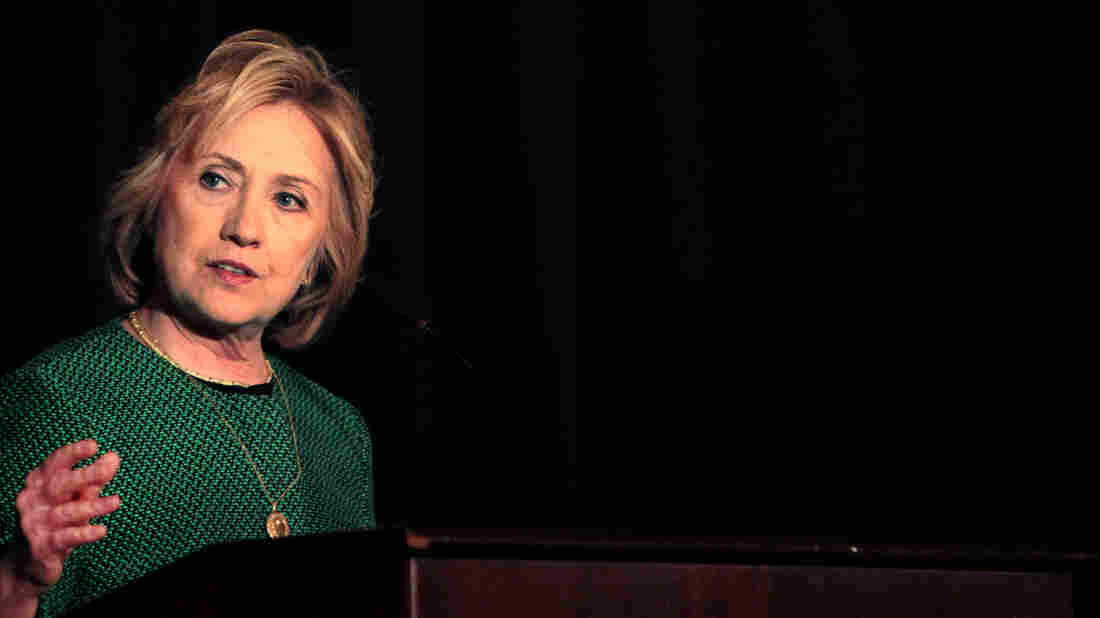 Don't expect a big rally with thousands of cheering supporters to launch Hillary Clinton's campaign. For her second run at the presidency, she's out to prove she is taking nothing for granted. Yana Paskova/Getty Images hide caption 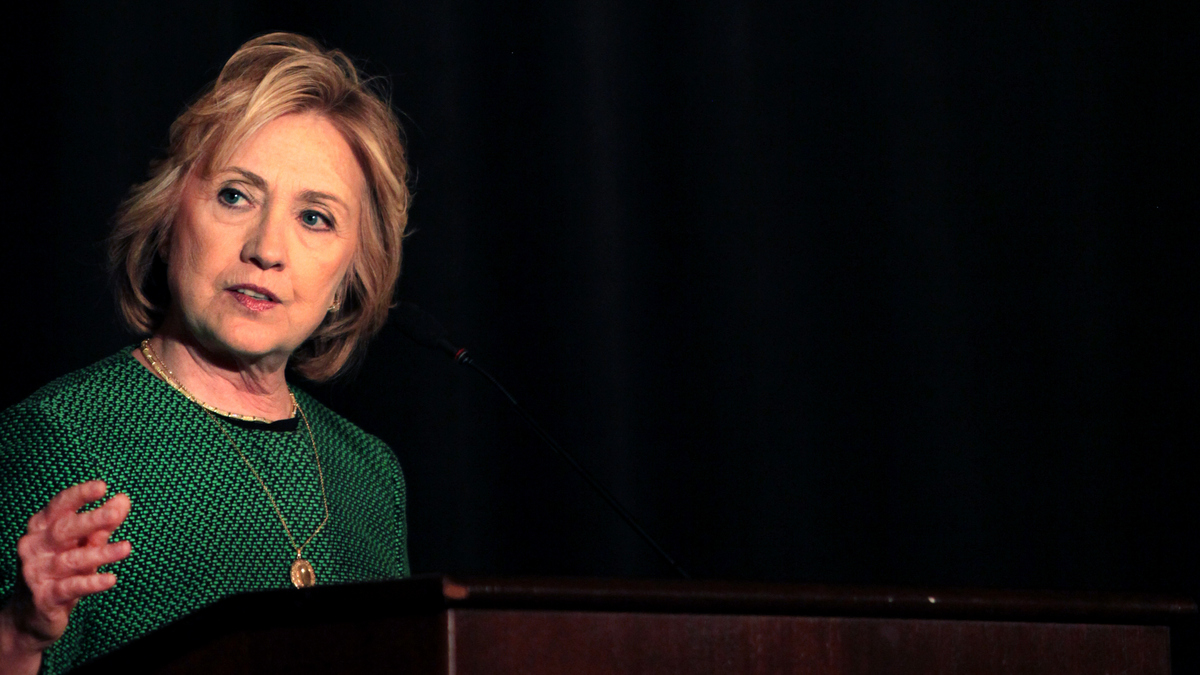 Don't expect a big rally with thousands of cheering supporters to launch Hillary Clinton's campaign. For her second run at the presidency, she's out to prove she is taking nothing for granted.

The long will-she-or-won't-she charade is nearly over. A source with knowledge of Hillary Clinton's campaign plans tells NPR's Mara Liasson she will announce on Sunday that she's running for president.

But don't expect a big rally with thousands of cheering supporters. For her second run at the presidency, the former secretary of state and first lady is going small. Think Starbucks doing small batch coffee roasts.

One of the biggest names in American politics is out to prove she's taking nothing for granted.

"I think it's important," Bill Clinton told Town & Country magazine in a recent cover story about his foundation work, "and Hillary does too, that she go out there as if she's never run for anything before and establish her connection with the voters."

Much like her last campaign launch, Clinton is expected to start online, most likely with a tweet and a video. And then she is expected to head to Iowa. But that's where the similarities end. Her first campaign event in 2007 was a huge town hall meeting in a Des Moines, Iowa, high school community center. There were at least 1,000 people there.

This time, her campaign team is aiming much smaller — by a factor of 100. In the coming days and weeks, expect to see Hillary Clinton in living rooms, small settings. This is a 100-day strategy, and the campaign will re-evaluate after that.

This stands in stark contrast not only to what Clinton has done in the past but also to her potential Republican rivals like Ted Cruz and Rand Paul, who held big raucous rallies in recent days. They were using those big events to show their political muscle.

The Challenge: Run As If She's Unknown

Clinton, who faces a handful of virtual unknowns in the primary, is hoping to run a campaign as if she were an unknown insurgent candidate, which could be challenging. She has a protective Secret Service detail and a massive press corps that will attempt to follow her everywhere she goes. This will inevitably lead to the strange optics of her entourage, at times, outnumbering the people she's meeting with.

At the same time, small is the way Iowans, for example, like it. They complained that she was not as accessible the last time she ran, that 1,000 people would show up at events. That's not the Iowa or New Hampshire way. These early caucus and primary states are also battlegrounds in the general election, and impressions matter.

In 2007 and 2008, local activists griped that she didn't do enough small events in people's living rooms. And although Clinton got a record number of votes on caucus night, she was topped by both Barack Obama and John Edwards, whose supporters shattered all turnout records.

"You underestimate Iowa at your peril. I think that's a huge lesson to learn, that if you come in, you really need to immerse yourself in what that caucus process is," said J. Ann Selzer, a prominent Iowa pollster. "It's sitting down at kitchen counters and looking people in the eye and answering that question again and again and getting better as a candidate."

Last week Clinton's (presumed) campaign manager, Robby Mook, sat down with a small group of Iowa Democratic activists and heard this very message. A source with knowledge of the conversation says he sought to reassure them that Clinton would spend a lot of time in Iowa in the coming months.

These small events are also how candidates prove they have that quality American voters seem to want. Call it the beer test. Whom would you rather drink a beer with?

"I've never wanted to admit this, but she probably did come across as scripted," says Bonnie Campbell, who worked with Clinton's campaign in Iowa in a volunteer capacity in 2008. "We saw the real Hillary in New Hampshire, and look how people reacted to it."

With this going-small strategy, Clinton's team is trying to reveal the "real Hillary," the one her friends know but that doesn't really come through in big events.

Another challenge for Clinton's campaign will be convincing voters that this person they think they know — this person who has been in the public eye since Hypercolor T-shirts were cool — somehow has a vision for the future of the country and doesn't just represent the past. A recent NBC News-Wall Street Journal poll found that even more people today want change than did people leading into the 2008 campaign.

In 2008, Clinton wasn't seen as the candidate of change. Her vote to authorize the Iraq War proved hugely problematic and turned off many progressive primary voters. So how will she make the case in 2016 that she wasn't able to make in 2008? It's likely she will emphasize her chance to make history as the first female president of the United States.

Hard To Win A Third Term

Finally, Clinton faces the challenge of history. Only once since World War II has a two-term president been followed in office by someone of his own party. That was Ronald Reagan, followed by George H.W. Bush. Clinton will be fighting against this precedent, forced to convince voters that she wouldn't simply be a third Obama term — or, for that matter, a third Clinton term.

Or as Bill Clinton put it in his Town & Country interview: "It's hard for any party to hang on to the White House for 12 years, and it's a long road. A thousand things could happen."