Accessibility links
'Hillary Clinton' Is Back, But Will There Be A Return Of The Rodham? : It's All Politics The former first lady and secretary of state has staked out her own ground. But it's notable that as she runs to be the first female president, she has dropped the maiden name that was once a staple.

'Hillary Clinton' Is Back, But Will There Be A Return Of The Rodham?

'Hillary Clinton' Is Back, But Will There Be A Return Of The Rodham? 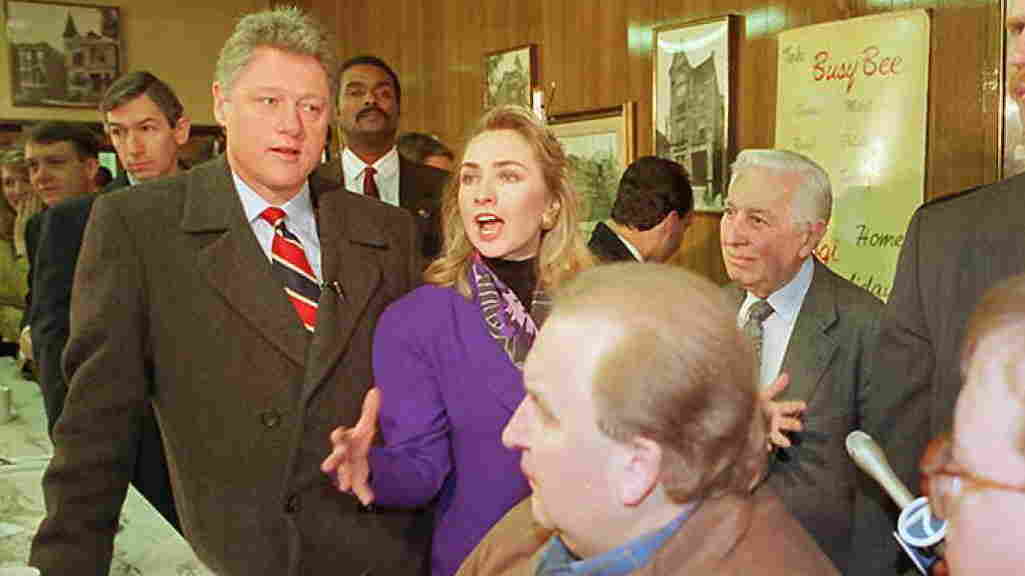 Hillary Clinton announced Sunday she is running for president — but without her maiden name, Rodham, a name she had held onto for many years, including in 1992 when her husband, Bill, ran for president. Tom Holoubek/AFP/Getty Images hide caption 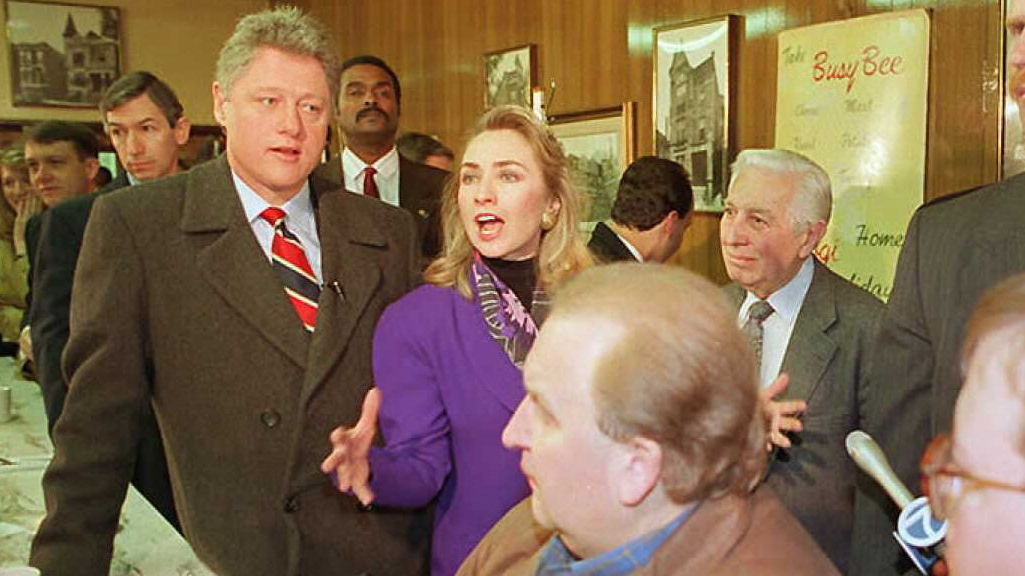 Hillary Clinton announced Sunday she is running for president — but without her maiden name, Rodham, a name she had held onto for many years, including in 1992 when her husband, Bill, ran for president.

When the former senator, secretary of state and first lady announced for president on Sunday she smiled into the camera and said, "I'm Hillary Clinton."

Those who were hoping for a return of Hillary's family name, "Rodham," as part of her public identity might have felt some disappointment. For many of her admirers, Hillary Rodham Clinton was the embodiment of aspiration for a woman in public life. This was the woman they wanted to elevate to the White House in her own right.

When she just went by "Hillary" alone, it had a species of charm. But as Hillary Clinton, she seemed more tied to her spouse and his demons and all the bad memories of two decades ago.

The candidate herself, it seems, has gotten past all that. The controversy over how many names to use, or which ones, belongs to an earlier phase of her multiphase career.

She was Hillary Rodham when she addressed her commencement at Wellesley in 1969 (the first graduating senior to do so) and in the byline given her when Life magazine reprinted her remarks.

She was still Hillary Rodham when she got her law degree from Yale. Even after she wed her ambitious law-school classmate, she went by Rodham for most of the first decade of their marriage. It seemed a symbol of the new attitude both Clintons were bringing to the Arkansas of the 1970s.

"I learned the hard way that some voters in Arkansas were seriously offended by the fact that I kept my maiden name," she later wrote. 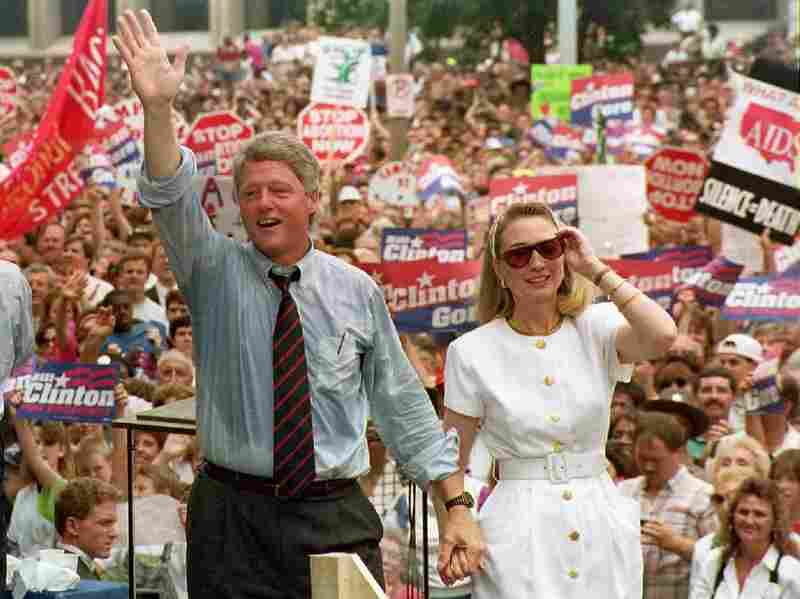 Bill and Hillary Clinton campaign in St. Louis in 1992 before a crowd of 40,000. Tim Clary/AFP/Getty Images hide caption 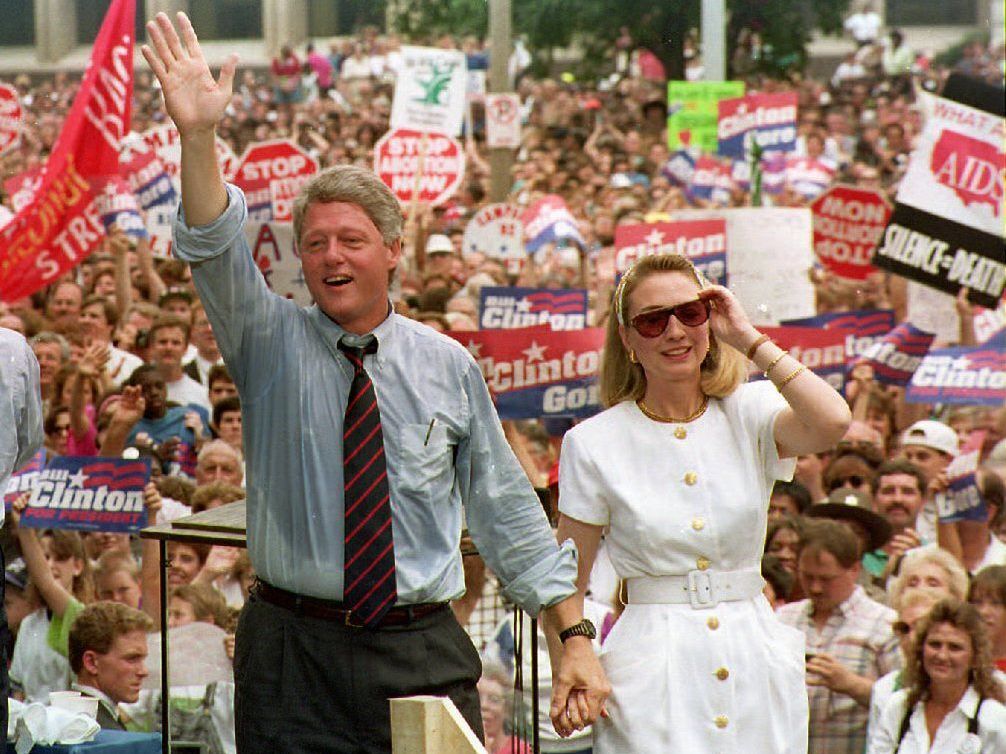 So for years the Rodham was submerged.

When the Clintons, plural, emerged on the national stage in the early 1990s, the Rodham was back for a time, despite polls that showed the nation disapproved. When the Clinton presidency hit its early rough patches, the Rodham went away again — even as the initials HRC became increasingly common shorthand for the first lady.

Later, when Hillary Clinton became a senator in her own right and secretary of state as well, the Rodham appeared periodically in official biographies and reference books. But, in the end, when she ran for president in 2007, she kept the simpler handle. And it appears she has resolved to do so again, despite the fact that her 2014 book Hard Choices identifies its author on the cover with Rodham smack dab in the middle.

We assume that anyone who has been in the public eye as long as Hillary Clinton has had to repackage himself or herself at least a time or two. In her case, there have been several swings between the New Woman, at the leading edge of her generation's historic changes, and the more familiar wife-and-mother in a political supporting role.

She has been a prominent attorney, campaign warrior, policy wonk, candidate and Cabinet member in her own right. She is far from the past model of a politician's wife who steps into her husband's role upon his death or disability. By contrast, she seems every bit as likely to have been in politics as her spouse.

But her latest public challenge takes yet a new form. Yes, she has run before and even been the front-runner before. Yes, she has endured as much scrutiny and crossfire as any public figure in our time. But this is different because now she stands alone as the champion of her party — and possibly the first female president in American history.

She has neither primary rivals with whom to spar nor teammates with whom to battle the opposition party. With 18 months to run before Election Day, she is alone — not only in her own lane, but on her own track. What non-incumbent presidential candidate has ever been so uniquely exposed so early in the process? 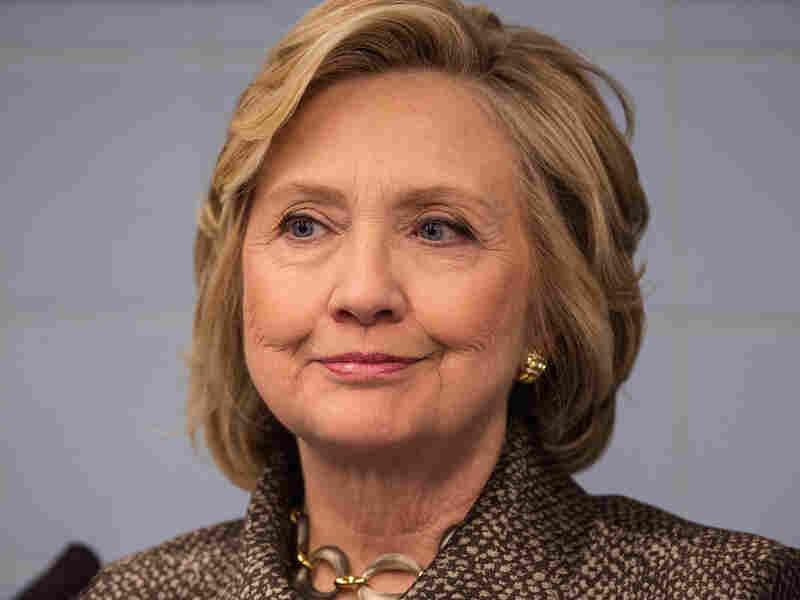 Hillary Clinton is running with all the advantages and challenges of someone who has been in the public eye for more than two decades. Andrew Burton/Getty Images hide caption 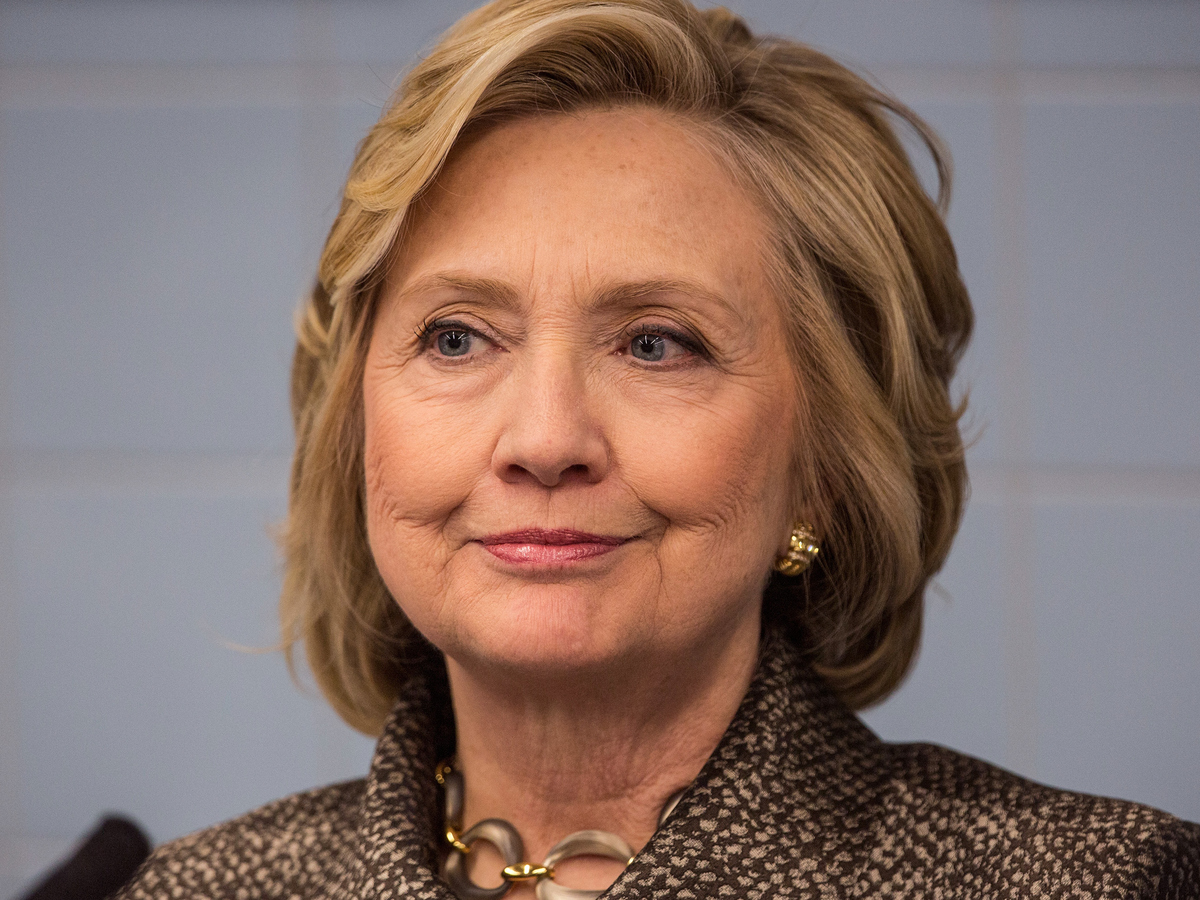 Hillary Clinton is running with all the advantages and challenges of someone who has been in the public eye for more than two decades.

So as she contemplates these many months in the trenches, Hillary Clinton clearly wants to present the persona that is easiest for the largest possible number of voters to accept. She will try to balance the appeal of being just Hillary with the gravitas of the resume and experience she has had as Hillary Clinton.

But the Rodham will still be there, in the sense that it has never left. The Rodham is still telling us she wants to be the person she was when she first found her way into public life — on her own terms.