Accessibility links
Throwback Thursday: Reagan Announces Run For President : It's All Politics Imagine a time when presidential candidates declared just two months before Iowa. Flash back to 1979 when Ronald Reagan announced. It's not just timing that's shifted; so has the culture.

Times in politics have changed.

Since it's the season for presidential campaign announcements, for evidence of just how much they've changed, look back 35 years to Ronald Reagan's announcement that he was running for president.

First, look at the timing. Reagan announced on Nov. 13, 1979. That's right — November of the year before the election. That would be as if potential 2016 candidates waited eight more months to declare. By the way, the first presidential nominating contest took place just two months later in Iowa.

Second, notice the optics. Reagan's team capitalized on his acting training, showing Reagan in a presidential-looking room (though it had 1970s-era wood paneling) complete with an American flag, big desk and leather chair. During the 24-minute presentation, he stood up from the chair, leaned on the desk and sat back down — all while never breaking delivery. Today's video announcements are far shorter. 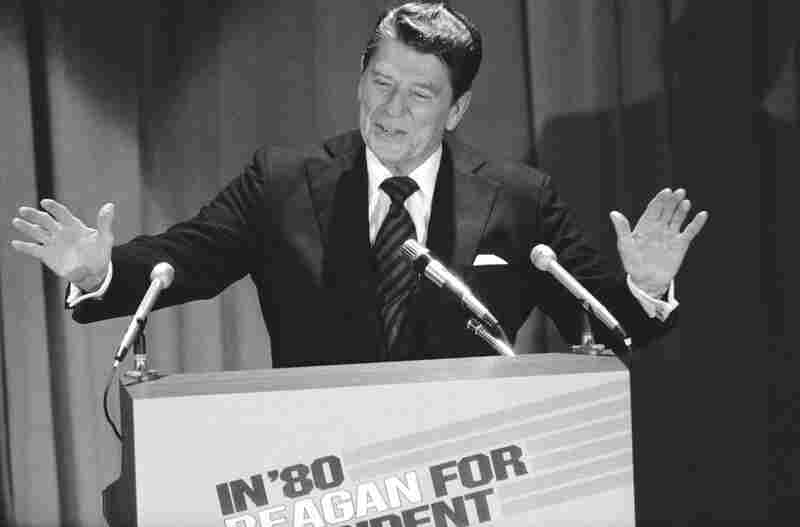 It's been 35 years since Ronald Reagan announced his run for president. He did so just two months before the Iowa caucuses, unlike the protracted campaigning that takes place today. WJZ/AP hide caption 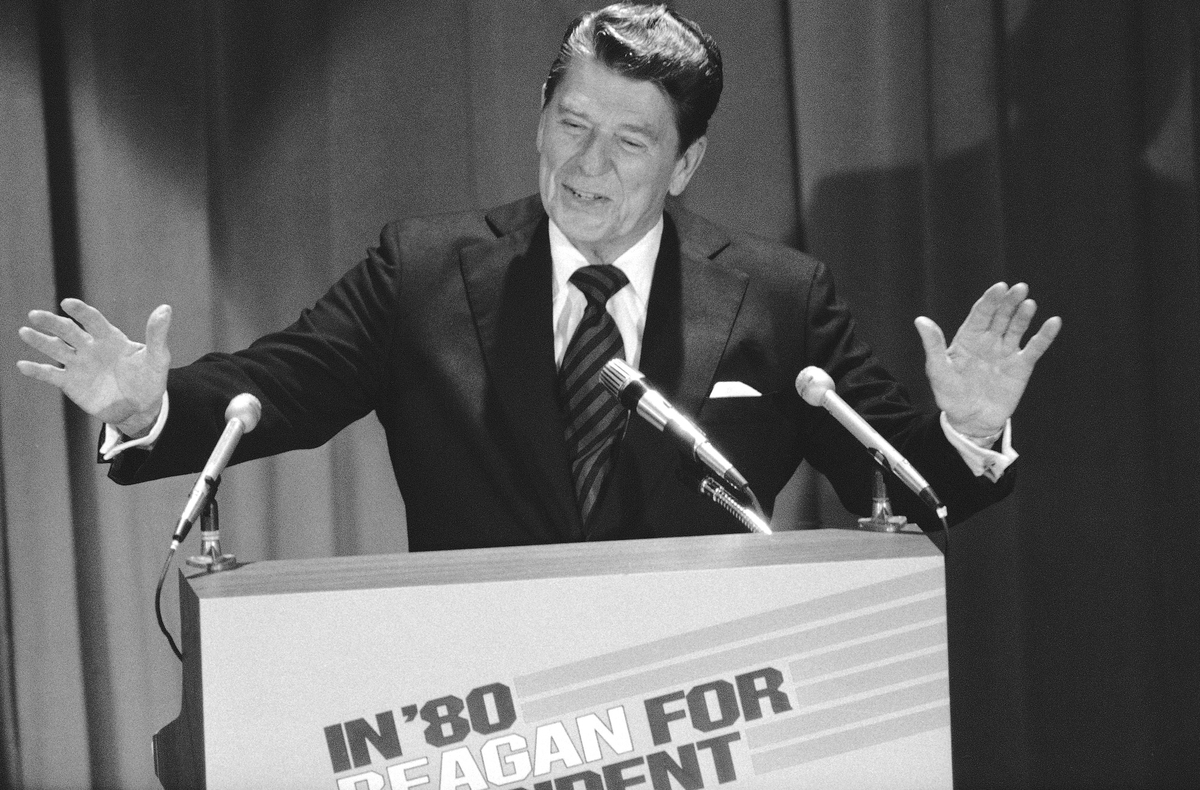 It's been 35 years since Ronald Reagan announced his run for president. He did so just two months before the Iowa caucuses, unlike the protracted campaigning that takes place today.

Also, notice that Reagan said some things that might be considered anathema in present-day GOP politics. He touted that he was an "officer of my labor union," called America "naive, sometimes wrong," and speaking of coordination with Mexico and Canada, said, "It is time we stopped thinking of our nearest neighbors as foreigners."

"It may take the next 100 years," Reagan said, "but we can dare to dream that at some future date a map of the world might show the North American continent as one in which the peoples and commerce of its three strong countries flow more freely across their present borders than they do today." (Bolding is ours.)

Reagan, like today's Republicans, called for cutting taxes for businesses. But in doing so, he argued that corporations are not people — unlike Mitt Romney and some current Indiana elected officials.

"Business is not a taxpayer," he said, adding, "Only people pay taxes."

Mostly Reagan's speech was an indictment of the federal government and planted the seeds for the modern Republican Party's ideology.

"The people have not created this disaster in our economy; the federal government has," Reagan said. "It has overspent, overestimated, and overregulated. It has failed to deliver services within the revenues it should be allowed to raise from taxes. ... The key to restoring the health of the economy lies in cutting taxes."

The video is also an indication of how much things have changed culturally. Notice this section on working women:

"Double-digit inflation has robbed you and your family of the ability to plan," he said. "It has destroyed the confidence to buy, and it threatens the very structure of family life itself, as more and more wives are forced to work in order to help meet the ever-increasing cost of living."

Times may change, but some things don't, like making subtle pitches to early states. Reagan, who was born in Illinois and made his mark as a Hollywood movie star, also noted living in another place.

"For me," he said, "it has been as a boy growing up in several small towns in Illinois, as a young man in Iowa trying to get a start in the years of the Great Depression and later in California for most of my adult life." (Bolding again is ours.)

For the record, Reagan lost the 1980 Iowa Republican caucuses to George H.W. Bush. Reagan wound up putting Bush on the ticket as his vice president.