Accessibility links
Obama: Elizabeth Warren Is 'Wrong' On Trade : It's All Politics Unions blame job losses on trade deals like NAFTA signed under Bill Clinton. But President Obama argues one he's trying to strike with Pacific Rim countries is different, and it's dividing his party. 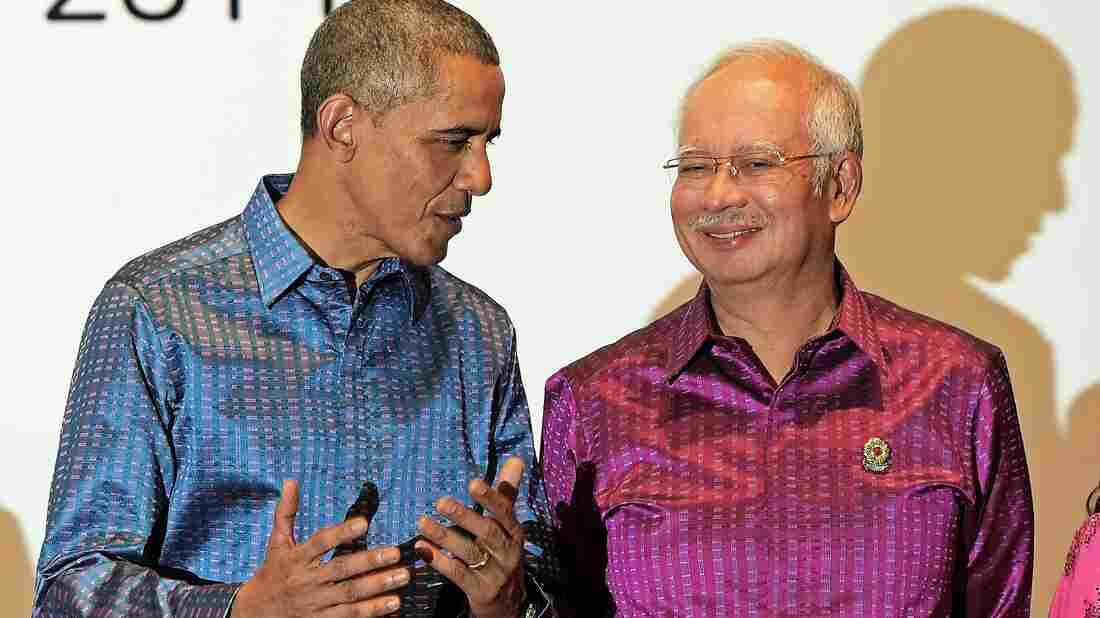 President Obama talks with Malaysian Prime Minister Najib Razak at the East Asia Summit in Myanmar in November. Obama is trying to strike a 12-country Trans-Pacific Partnership, which would include Malaysia. Christophe Archambault/AFP/Getty Images hide caption 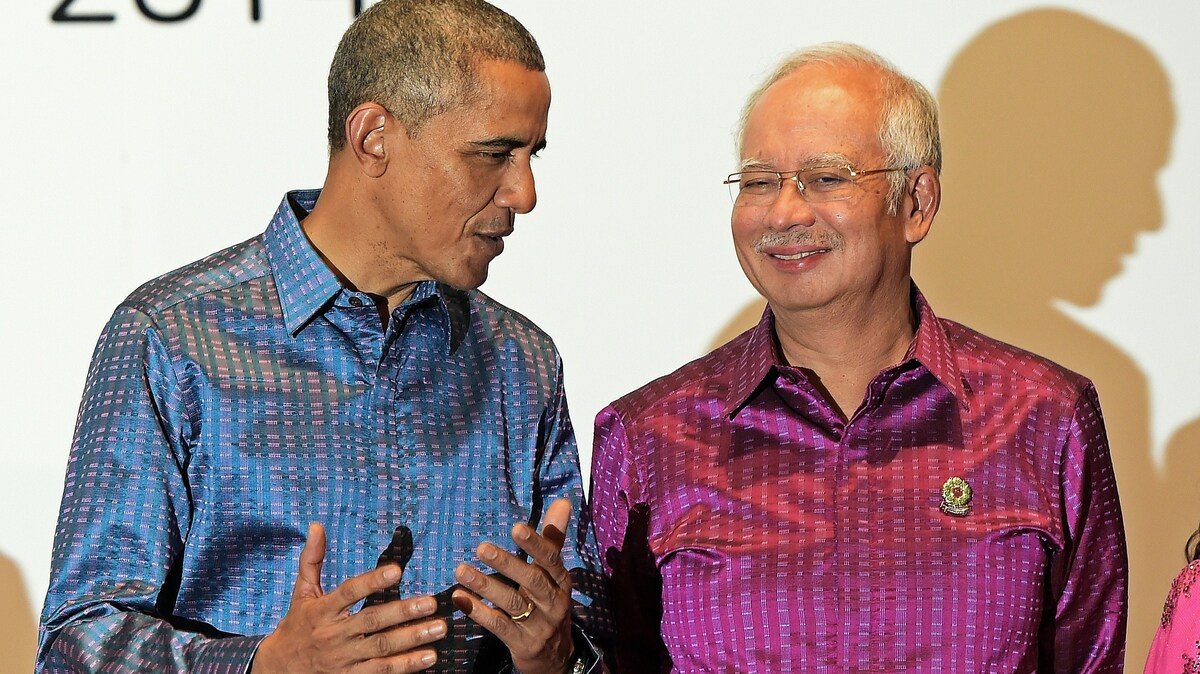 President Obama talks with Malaysian Prime Minister Najib Razak at the East Asia Summit in Myanmar in November. Obama is trying to strike a 12-country Trans-Pacific Partnership, which would include Malaysia.

A Timeline Of Hillary Clinton's Evolution On Trade

A full-fledged Democratic trade war has broken out.

"I love Elizabeth. We're allies on a whole host of issues, but she's wrong on this," President Obama said Tuesday night in an interview on MSNBC's Hardball with Chris Matthews, referring to liberal Massachusetts Sen. Elizabeth Warren.

Warren and the progressive left, scarred by trade deals past like the North American Free Trade Agreement, or NAFTA, have launched a vocal fight against granting the president so-called "fast-track" authority to negotiate a 12-country Pacific trade deal. 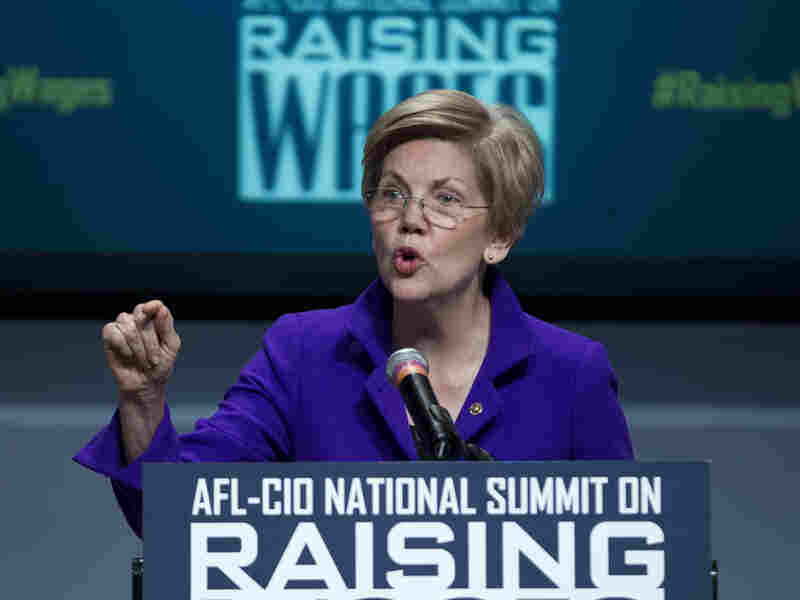 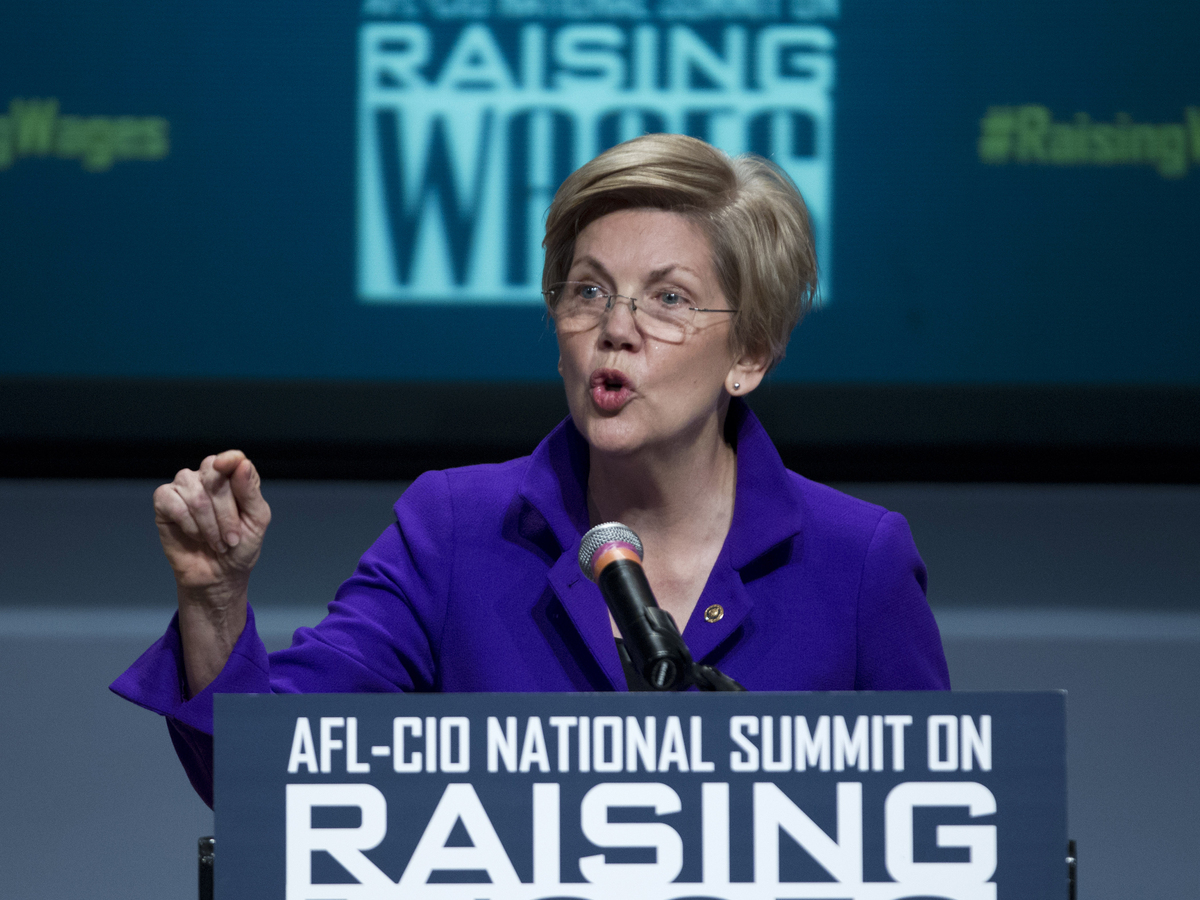 "I have never, ever ... supported a trade agreement, and I'm not going to start now," Reid said Tuesday. "So the answer is not only no, but hell no."

Obama says progressives have it all wrong. He said "understandably" that some in labor and on the left would be "suspicious" because of past problems with NAFTA.

"But my point is," Obama said on MSNBC, "don't fight the last war. Wait and see what we actually have in this deal before you make those judgments."

He called the Trans-Pacific Partnership "the most progressive framework for trade we have ever had." Obama argued that it is "unprecedented" and has "strong, enforceable" labor and environmental standards and "fixes a lot of the problems that you had in things like NAFTA."

In trying to win Democratic support, any deal would be subjected to a months-long review by the public and Congress. But because of those delays, as the New York Times points out, "final consideration of the trade pact could fall to the next president, just as the North American Free Trade Agreement, completed by President George H. W. Bush, was passed under his successor, Bill Clinton."

Ironically, if Hillary Clinton wins the presidency, that could mean she would be put in the same position as her husband. In 2000 and 2007, Clinton lamented that the Clinton administration "inherited" NAFTA.

"What happened to NAFTA, I think, was we inherited an agreement that we didn't get everything we should have got out of it in my opinion," she argued when running for the Senate in New York in 2000.

Then, again, when running for president in 2007, she said, "NAFTA was inherited by the Clinton administration. I believe in the general principles it represented, but what we have learned is that we have to drive a tougher bargain." 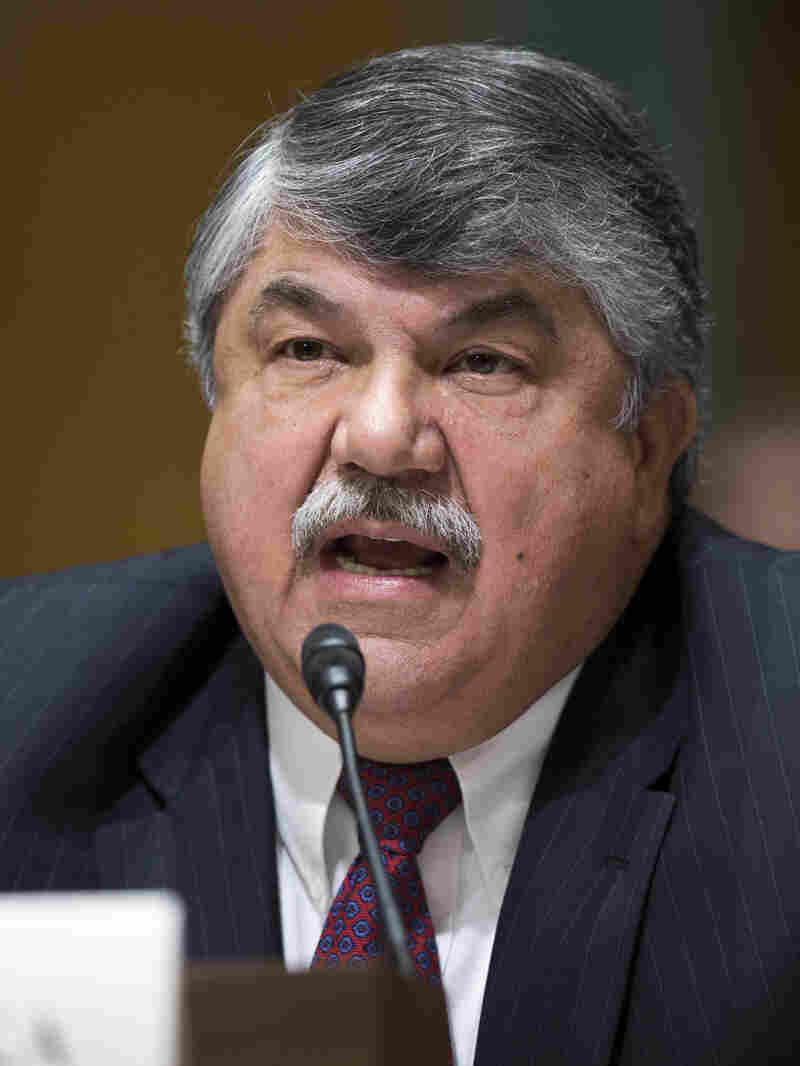 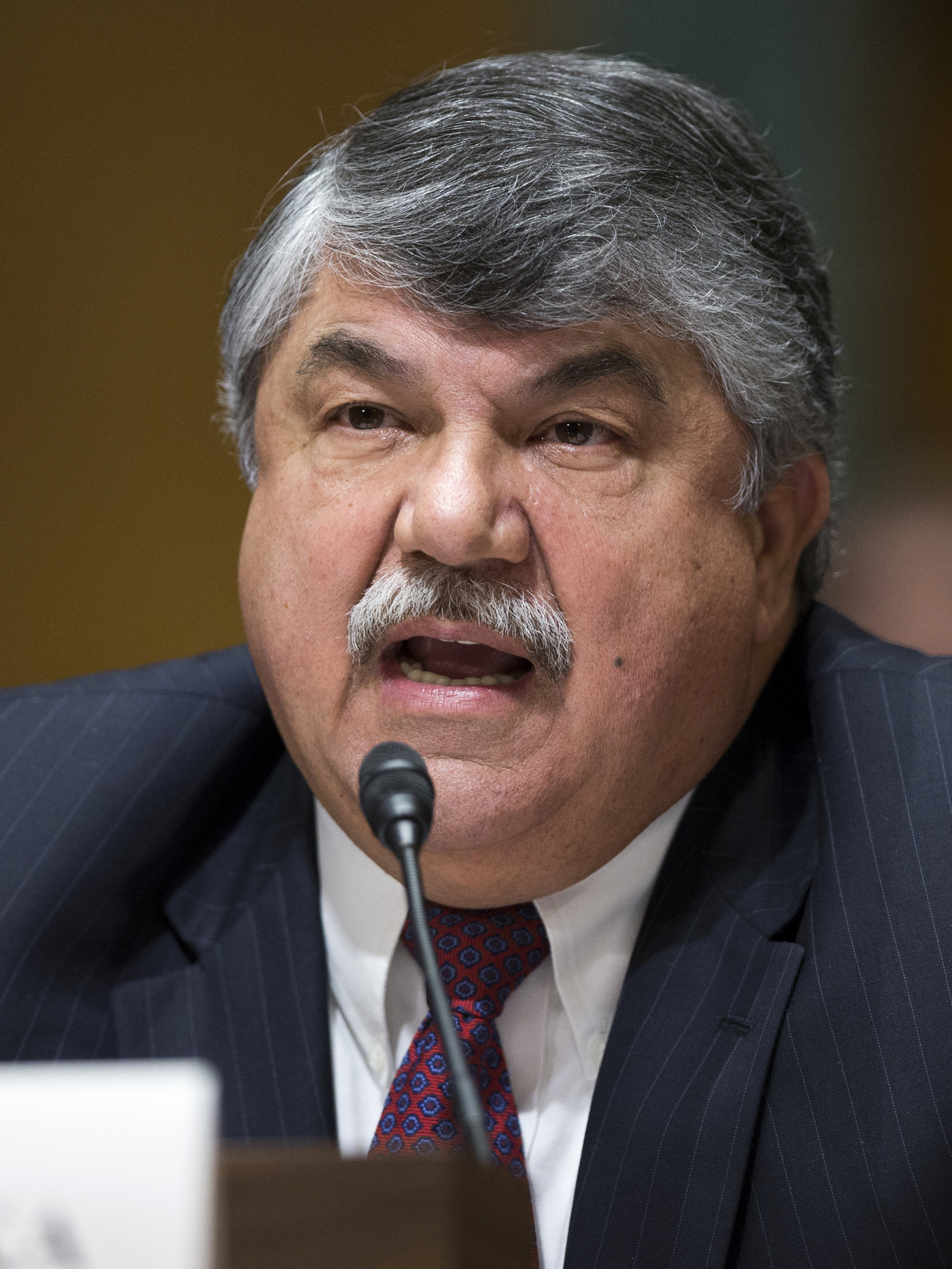 Clinton had argued as Obama's secretary of state that TPP did forge that tougher bargain. She called it the "gold standard in trade agreements."

As she launches her second bid for the president, with a much clearer primary field but trying not to irritate key progressive pillars like labor unions, she is now hedging in her support.

"Any trade deal has to produce jobs and raise wages and increase prosperity and protect our security," she said in New Hampshire Tuesday.

Richard Trumka, the head of the AFL-CIO, is expected to push the Democratic field (read: Clinton) on the issue of trade.

The question is what would she do as president? She's hoping to skate through the primary without having to worry being sidetracked by trade – or her past statements on it.

But if she becomes president, and if she's faced with signing or setting aside TPP, will she side with the left or make the argument Obama is now making alone.