Accessibility links
Senate Confirms Loretta Lynch As Attorney General : It's All Politics After a five-month delay, Lynch will be the first black woman to lead the Justice Department. Now she has to build a relationship with the same Congress that stalled her confirmation. 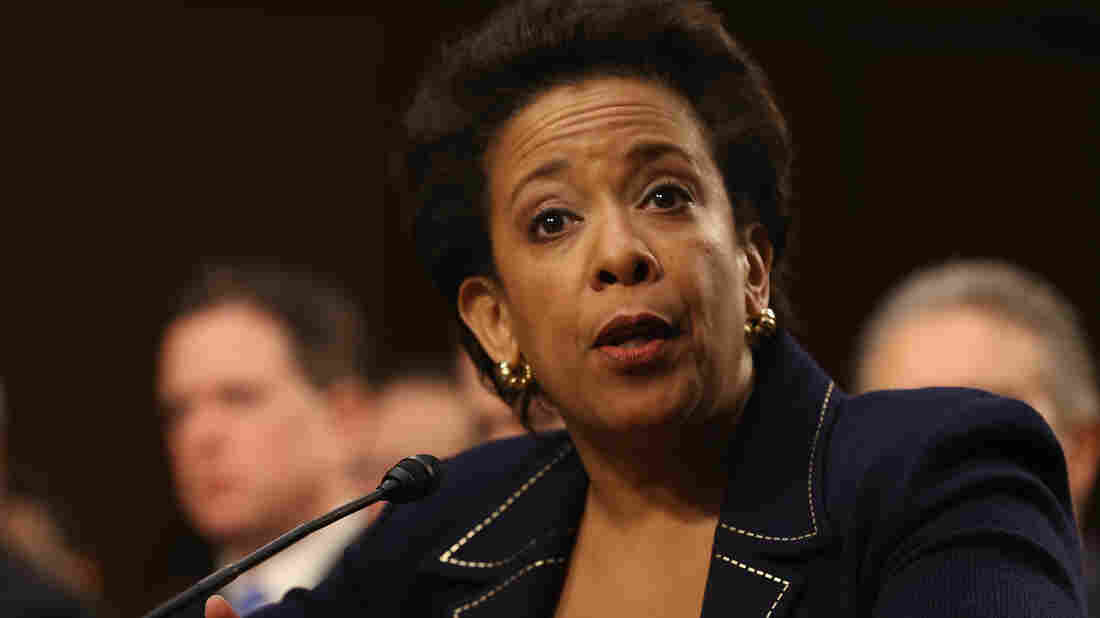 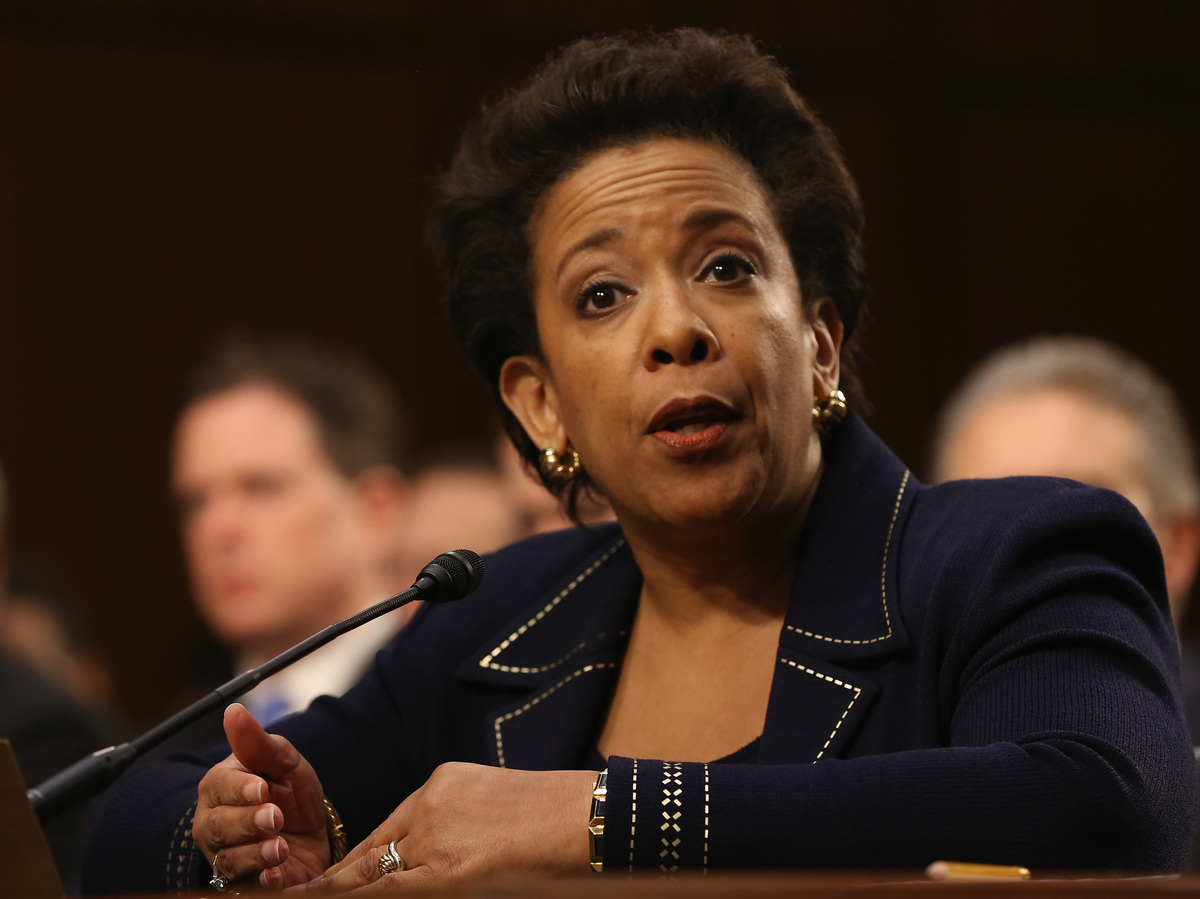 Loretta Lynch testifies during her confirmation hearing before the Senate Judiciary Committee in January 2015.

The Senate voted Thursday, 56-43, to approve the nomination of Loretta Lynch to serve as U.S. attorney general, ending a more than five month-long political impasse that had stalled her bid to become the first black woman to lead the Justice Department.

Lynch, 55, grew up in the shadow of the civil rights movement in North Carolina, where her family had preached for generations. Most recently, she prosecuted terrorists, mobsters and white collar criminals as the top federal prosecutor in Brooklyn, a district that covers 8 million people.

Republicans had postponed Lynch's confirmation vote in a dispute over abortion language in an anti-human trafficking bill. The Senate reached a compromise on that bill earlier this week, clearing the way for Lynch's vote.

The confirmation had also been delayed over her support for President Obama's executive action on immigration last year — and amid questions about whether she could operate with sufficient independence from the White House.

The more than five months of delays left Eric Holder still sitting atop the Justice Department, even though he had developed a fractious relationship at best with Republicans in both the House and Senate.

"It disturbs me that the process has become so muddy and that there is such a partisan approach to what should be a relatively straightforward analysis as of whether a nominee is competent and ethical and has stature," said Ronald Weich, the dean of the University of Baltimore School of Law who served as assistant attorney general for legislative affairs at the Justice Department early in the Obama administration.

Weich called Lynch "one of the most eminently qualified attorney general nominees in history" and he says her confirmation should have been a "slam dunk." He says the delay is "unfortunate and it's going to sour the relationship between the nominee and the Senate. It shouldn't be this way."

Lynch's friends say she is gracious and cordial. And one of her first tasks as attorney general may involve training that charm on the Republican-led Congress, the same one that took months to approve her nomination.

"Any new attorney general, but particularly this one, is going to want to build a relationship with Congress," said Brian Benczkowski, a Republican who served as a top aide in the House, the Senate, and the Justice Department.

"They're going to be looking at what you do, they exercise oversight jurisdiction ... they're going to scrutinize what you do," said Benczkowski, now a partner at the law firm Kirkland & Ellis, "and if you have a good relationship with them, if you try to build bridges, it can make that process a lot easier."

This late in a presidential administration, many of the major policy fights have been fought — won, or lost. And that too can be an advantage, said Michael B. Mukasey, a retired federal judge who served as the Attorney General in the final years of the George W. Bush presidency.

"You know, you can play dumb, because in a sense you are, you haven't been there through the shedding of blood, and talk through things from the ground up," Mukasey said. "I don't know that a lot of things change, or a lot of minds change at that point."

But at least, he said, lawmakers are more ready to listen — as they did to him, when he made round after round of calls urging Congress to reauthorize a surveillance law late in the Bush years. Loretta Lynch may soon be hitting the phones, too, since parts of the Patriot Act that cover bulk phone data collection and other provisions with even more support in the intelligence community are set to expire by June.

Lynch is also likely to need help from the Senate in filling a series of key vacancies at Justice. The veteran Atlanta prosecutor nominated to serve as her second in command, Sally Yates, has yet to receive a vote from the full Senate. And others, including associate attorney general nominee Stuart Delery and civil rights nominee Vanita Gupta, have not even had nomination hearings.

And then, there's the transition. Benczkowski, who rolled up his sleeves and started planning for a turnover in administrations under orders from President Bush, says it was one of the most important and rewarding parts of his government service.

"Whatever happens in 2016, whether it's a Democrat or a Republican, there's going to be a lot of turnover, and there's a process by which you do an orderly hand-off," he says. That includes getting security clearances for top officials, meetings and briefing papers, among other things.