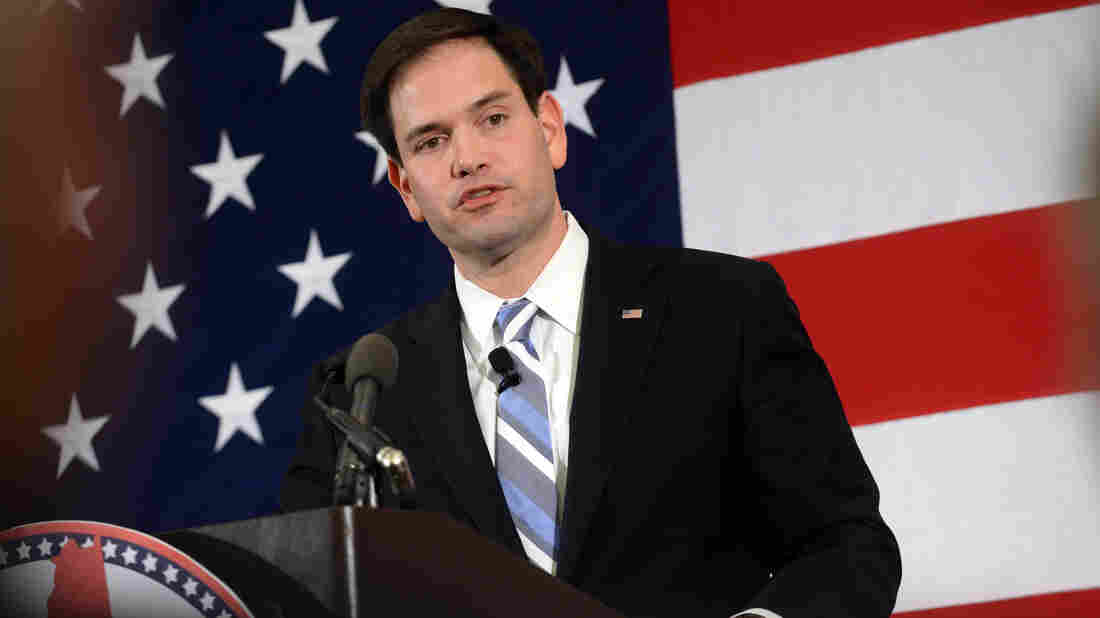 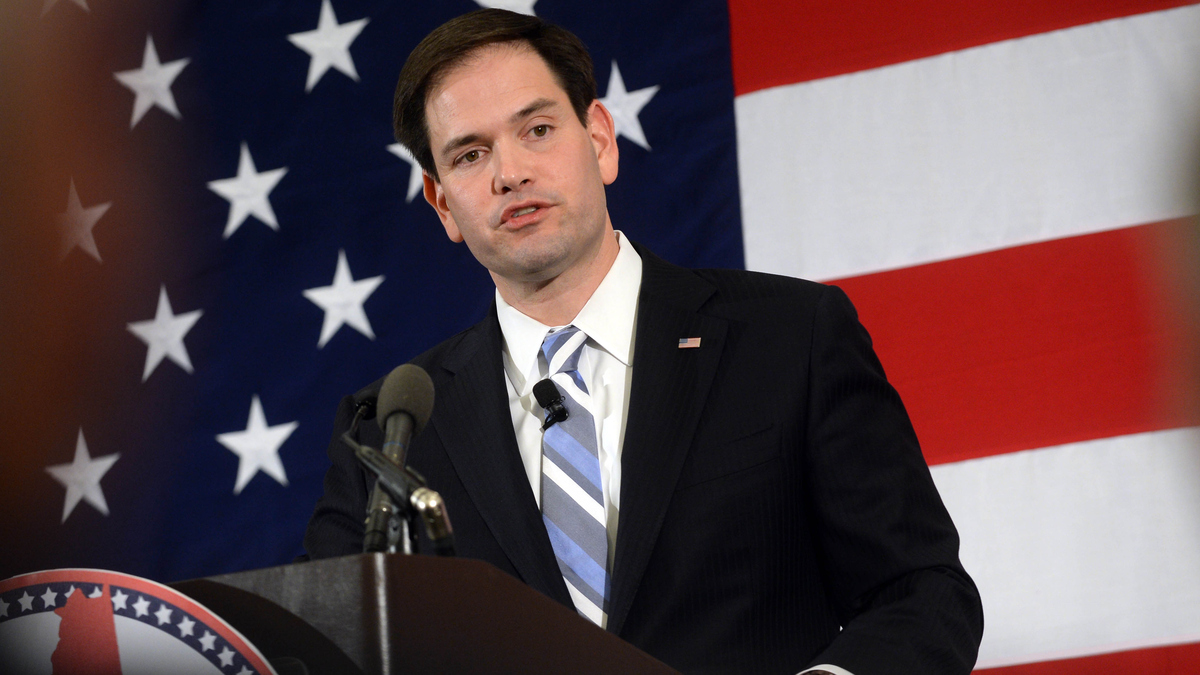 Sen. Marco Rubio speaks at the First in the Nation Republican Leadership Summit in New Hampshire earlier this month.

There's a growing battle in Washington, especially among Republicans, over the Export-Import Bank, an 80-year-old federal agency that helps to finance American companies in foreign trade. Congress must reauthorize the bank by June 30 or it will shut down.

There's also a growing battle on the 2016 campaign trail for billionaire money. The two collided Thursday, as Republican Sen. Marco Rubio — one of three declared GOP presidential candidates — jumped on a conference call for Americans for Prosperity. The group, which is planning to spend $125 million for the 2016 race, is bankrolled by the billionaire Koch Brothers, and the Kochs are opposed to Ex-Im.

"The government should not be picking winners and losers when it comes to the free market," Rubio said, noting that his home state of Florida is the second-largest recipient of money from the Ex-Im Bank. "It doesn't level the playing field for U.S. exporters.... It doesn't create jobs."

The billioniare sweepstakes in the GOP primary are on. Rubio is one of a handful of candidates who could get backing from the Kochs. In this post-Citizens United political world, the backing of well-heeled donors, who can back Super PACs to unlimited degrees is practically a necessity. That's especially true for a candidate like Rubio, who could use the boost to overcome the likes of Jeb Bush's money machine.

Supporters of Ex-Im, including business groups, say the bank helps U.S. companies stay competitive in the global marketplace. Last year, ahead of another reauthorization vote, 41 Republican lawmakers sent a letter to House Speaker John Boehner to save the bank. The bank plays an "important role in supporting U.S. exports and creating and maintaining U.S. jobs," they wrote.

But conservative groups like Heritage Action, Club For Growth and AFP are calling on Congress let the bank expire.

Responding to concerns that the Ex-Im Bank gives American companies like Boeing an edge overseas, Rubio said, "These firms are large and competitive firms that have a footprint across the world. They have access to these markets because they produce superior projects and superior products."

He argued that the "robust financial sector" in the U.S. could provide companies private credit "if their projects are that worthy."

"We're not some sort of developing country, we're a developed country with a developed financial sector," he said.

Rubio added that he believes Congress should let the bank expire in June, but also said he would vote against reauthorization if it was put to a vote. He added in a message to GOP leadership, "If our position is to let it expire, that doesn't require any vote, and I hope that will be our position."

Rubio voted against the Bank in 2012, saying "taxpayer money should not be used as corporate welfare."

On the call, Rubio was asked about whether he'd be looking for the Koch Brothers' support.

"I ultimately would want the support of everyone who wants to support me," Rubio said, "and I have tremendous admiration for what the Koch family and their network does."