Accessibility links
5 Things You Should Know About Bernie Sanders : It's All Politics He's the longest-serving independent member of Congress in U.S. history and once voted with the National Rifle Association. Here's what you may not know.

5 Things You Should Know About Bernie Sanders

5 Things You Should Know About Bernie Sanders 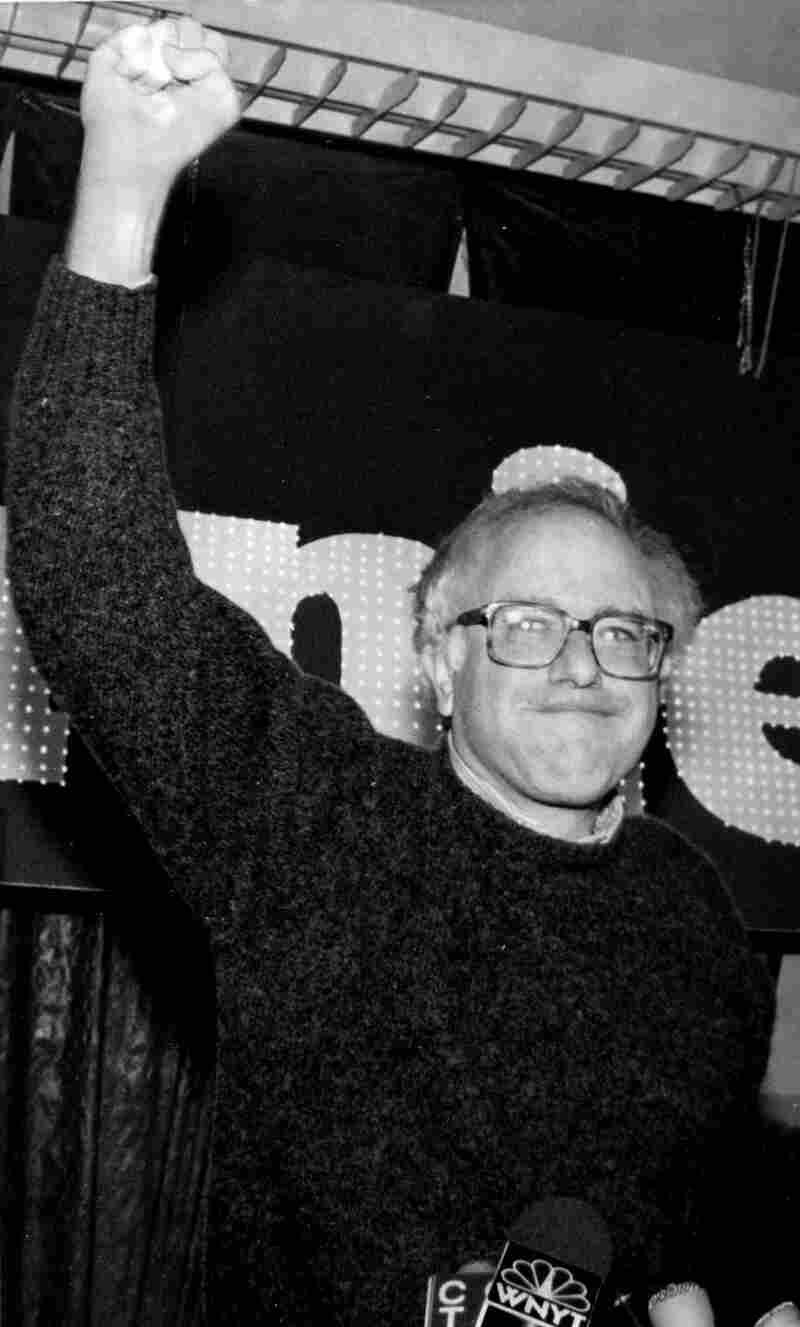 Bernie Sanders celebrates his victory in the race for U.S. Congress in Burlington, Vt., in 1990. Rob Swanson/AP hide caption 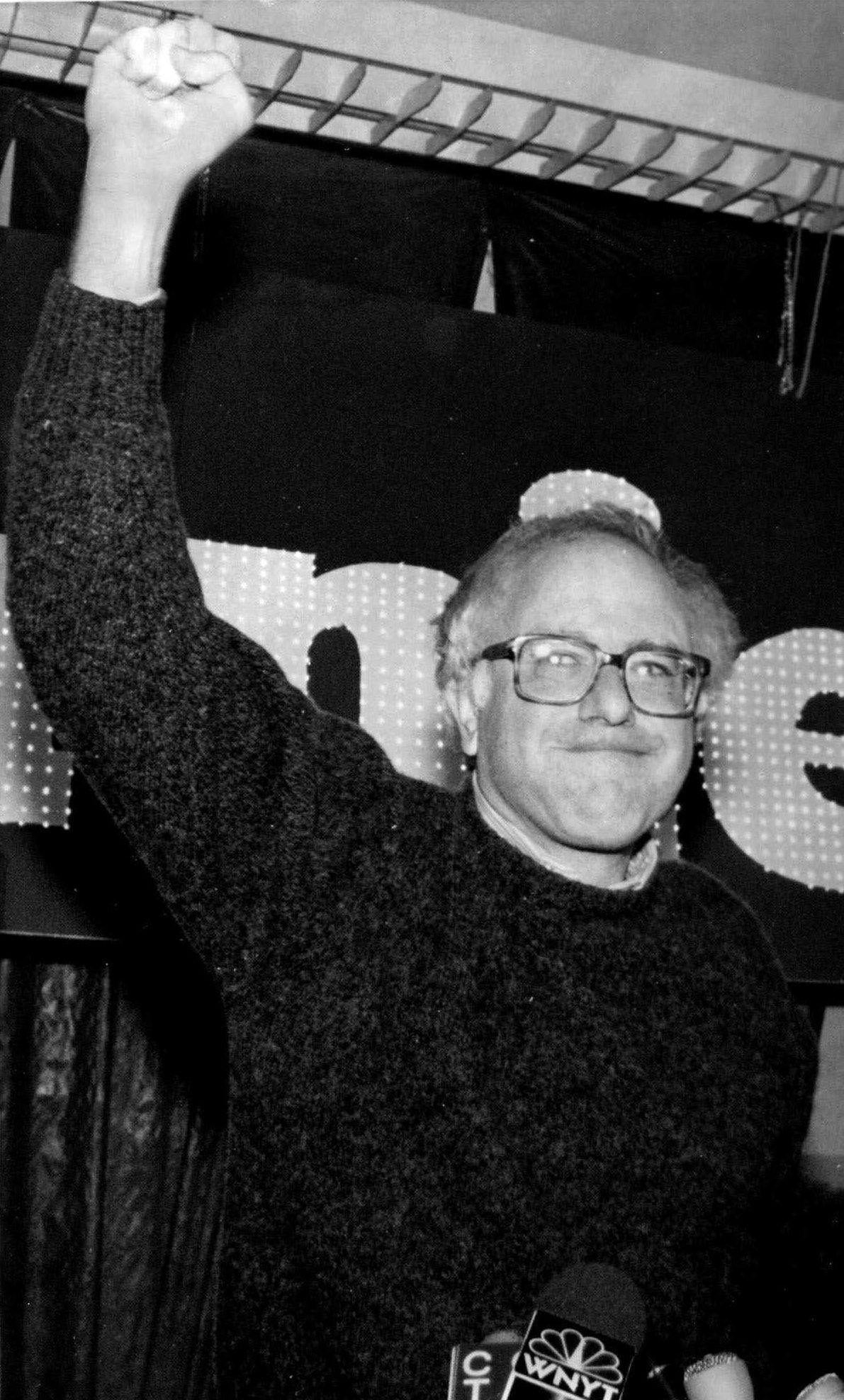 Bernie Sanders celebrates his victory in the race for U.S. Congress in Burlington, Vt., in 1990.

This post was updated at 6:10 p.m. ET May 26 to add Sanders' remarks at his official campaign kickoff.

Vermont Sen. Bernie Sanders officially got in the race for president back in April, but he is holding his campaign kickoff Tuesday in Burlington, Vt., where he was once mayor.

"Today, with your support and the support of millions of people throughout this country, we begin a political revolution to transform our country economically, politically, socially and environmentally," Sanders said. "Today, we stand here and say loudly and clearly that: 'Enough is enough. This great nation and its government belong to all of the people and not to a handful of billionaires, their superPACs and their lobbyists.' "

Here are his full remarks.

Sanders is the longest-serving independent member of Congress in U.S. history and a self-described "Democratic Socialist." He will make income inequality a focus of his campaign.

"There is something profoundly wrong when the top one-tenth of 1 percent owns almost as much wealth as the bottom 90 percent and when 99 percent of all new income goes to the top 1 percent," Sanders said.

The 73-year-old is considered a long shot but if elected, he would be the oldest person and first Jewish person to assume the office of commander-in-chief.

Here are five things you should know:

1. He was active in the civil rights movement

Sanders was an organizer for the Student Nonviolent Coordinating Committee and participated in the historic March on Washington in 1963 as a 22-year-old student at the University of Chicago. "It was a question for me of just basic justice — the fact that it was not acceptable in America at that point that you had large numbers of African-Americans who couldn't vote, who couldn't eat in a restaurant, whose kids were going to segregated schools, who couldn't get hotel accommodations living in segregated housing," he told the Burlington Free Press. "That was clearly a major American injustice and something that had to be dealt with."

2. His commitment to socialism started early

Sanders' father's family was mostly wiped out during the Holocaust, and his father was a struggling paint salesman. Growing up in a working-class immigrant family in Brooklyn, "sensitivity to class was imbedded in me then quite deeply," Sanders told the New York Times in 2007.

After college, he spent time in Israel on a kibbutz, one of the state's experiments with socialism.

3. He has voted with the National Rifle Association

Sanders has been rated an F by the NRA, but he voted for a bill that would prevent people from suing manufacturers, dealers or distributors for the misuse of their products.

He also voted against the landmark Brady Bill, which instituted federal background checks on firearms purchases. In his book Outsider in the House, Sanders wrote he opposed the bill because he felt handgun waiting periods could be dealt with at the state level.

4. He voted against the Unemployment Insurance and Job Creation Act of 2010

He spoke in opposition for more than eight hours. His main objection was the extension of tax cuts on incomes over $250,000.

"Enough is enough!" he exclaimed at one point. "How many homes can you own?"

5. He was the butt of an Obama joke at this year's White House Correspondents' Dinner

"Apparently people really want to see a pot-smoking socialist in the White House," the president said. "We could get a third Obama term after all."