Accessibility links
#TBT: Hoping For Presidency, Former Senator Throws Rock In Water : It's All Politics The 2008 presidential race was the first in the post-YouTube era. Candidates tried all kinds of things to break through, including former Sen. Mike Gravel simply throwing a rock in water.

Standing on the shores of a lake, he stared into the camera for a painfully long minute and 10 seconds before finally pivoting. He turned and administered the coup de grace of the video with a rock, heaving the stone into the water and simply walking away. 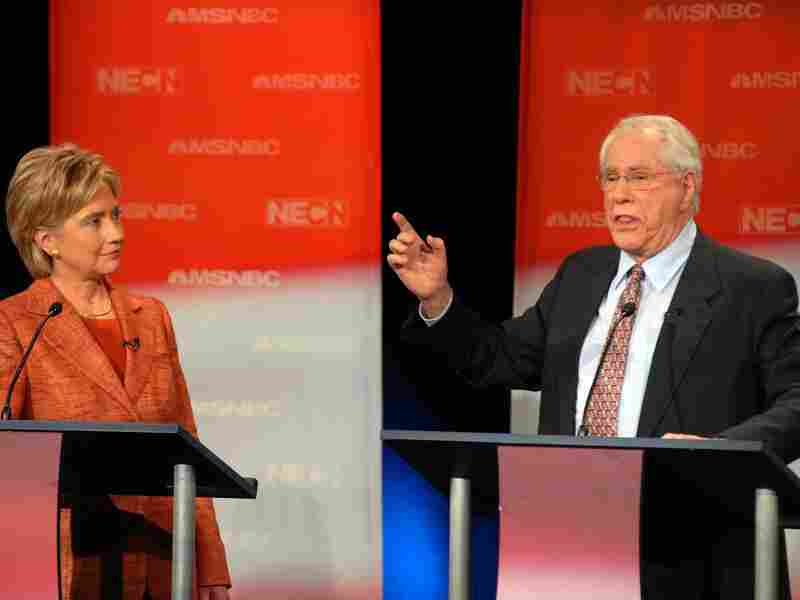 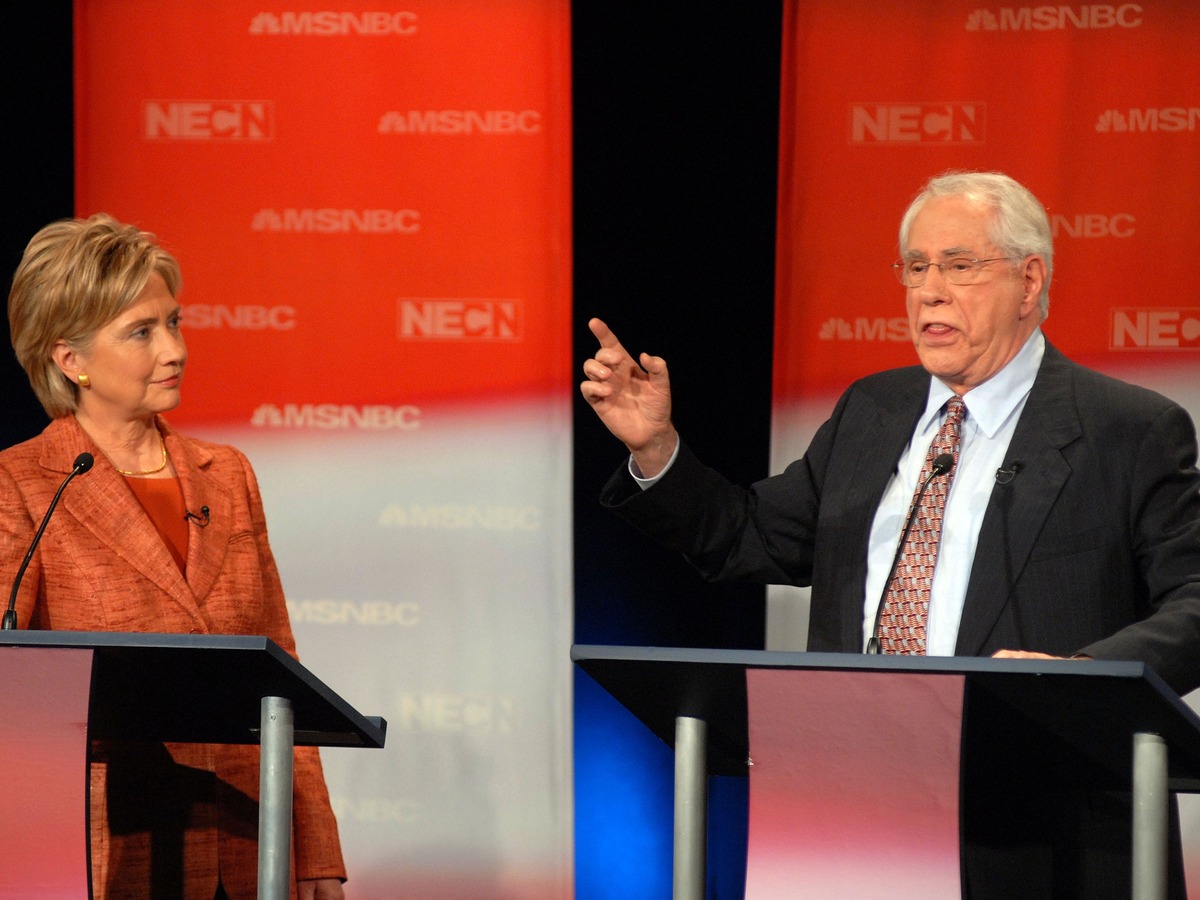 What did it all mean? No one was quite sure what to make, exactly, of the video, starring former U.S. Sen. Mike Gravel (pronounced with an accent on the last syllable, not like the stone). But the video — viewed 1.2 million times on YouTube — made the then-75-year-old an unlikely viral star in the 2007 chase for the Democratic presidential nomination.

The crusty Alaskan barely registered in the polls, grabbing actually less than 1 percent support in national and statewide polls. That didn't change after the video launched in May 2007. But that wasn't really the point.

"What people like you don't understand — which I think is hilarious — is this is a metaphor," Gravel said crankily on MSNBC at the time.

It was the first presidential election after the creation of YouTube. And there was a lot of experimenting. Gravel took that to extremes. He interviewed himself in his video "Two Mikes" below.

"You're running for president? Well, you've been out of politics for 25 years," he told himself.

"Well, you can say I'm well-rested," Gravel responded to Gravel.

"Don't do it. Everybody's going to say you can't win. And even a lot of Democrats don't like you."

"When I get done, they're going to like me even less."

Remember "Obama Girl"? Even though he took no money from lobbyists, he thought he could lobby her support.

"You should drop your crush on Obama," he told her. After a flirtation with supporting him, in the end, she walked away saying she would "think about it."

"I totally learned that Soulja Boy dance for nothing," he deadpanned. It was a thing at the time.

Gravel got on debate stages, but he was left particularly exposed in one debate moderated by the late Tim Russert. Russert pointed out that Gravel's condo business had gone bankrupt and he had filed for personal bankruptcy in 2004, leaving $85,000 in credit bills unpaid.

"Who did I bankrupt?" Gravel asked. "I stuck the credit card companies with $90,000 worth of bills. And they deserved it, because I used the money. They deserved it."

Gravel always had a flair for the dramatic, but he wasn't always considered fringe or, what he risked in 2007, unserious.

He made a name for himself in 1971, when, as a staunch anti-Vietnam critic, he entered almost 60 percent — or 4,000 pages — of the Pentagon Papers into the congressional record by reading them aloud during a Senate subcommittee hearing.

So what is he doing now? It might not surprise some that, in 2014, it was announced that Gravel was heading up a marijuana company working on developing and marketing "innovative new cannabis products."