Accessibility links
Would Lower Shoe Tariffs Actually Encourage American Jobs? : It's All Politics Nike says lower tariffs in a proposed Asia-Pacific trade deal would allow it to support thousands of domestic jobs. But the potential relief is a fraction of current footwear tariffs. 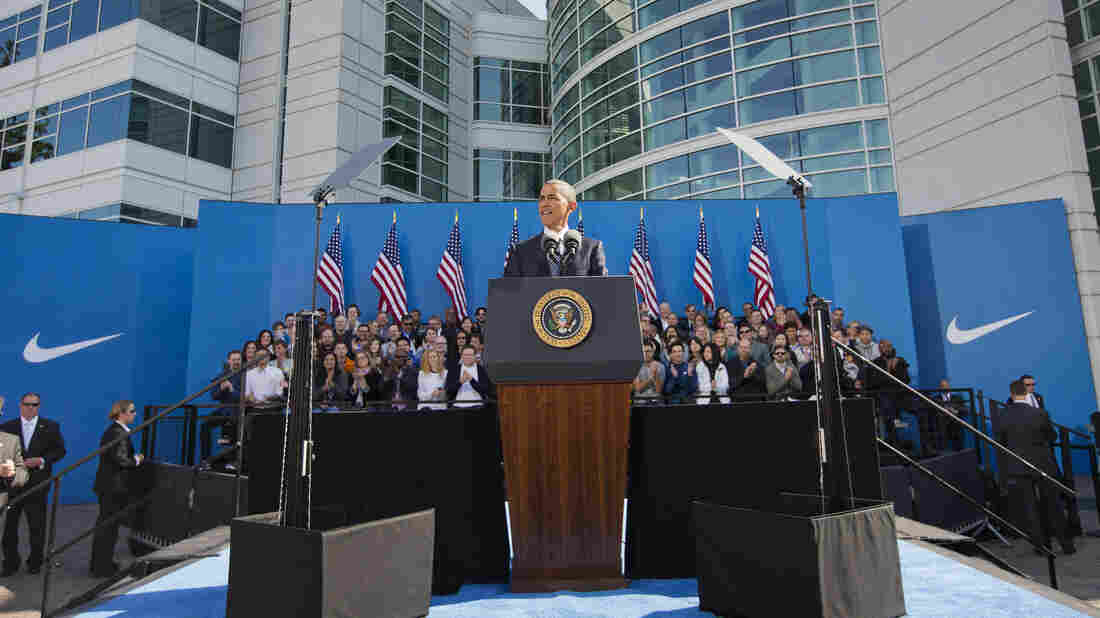 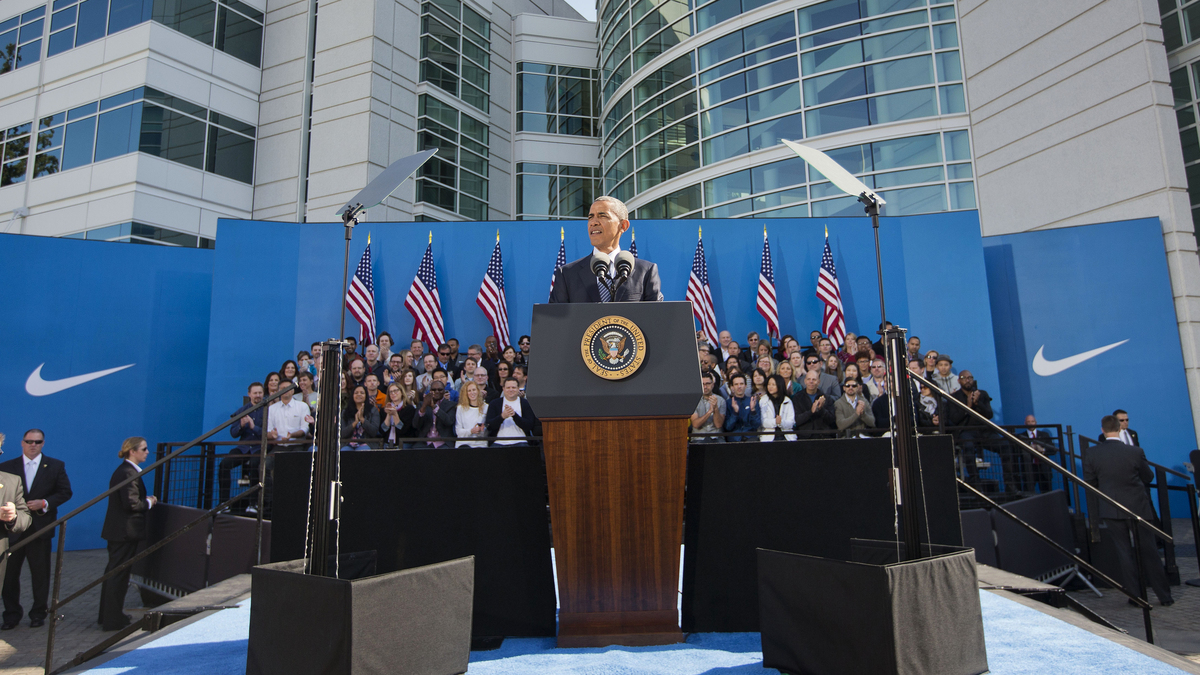 The Nike Corp. says the lower tariffs promised by a proposed Asia-Pacific trade deal would allow it to speed up development of advanced manufacturing, supporting up to 10,000 domestic jobs over the next decade.

The announcement comes as President Obama visits Nike headquarters to promote the trade deal known as the Trans-Pacific Partnership, or TPP. Critics have questioned the Beaverton, Ore., backdrop, noting that Nike currently manufactures virtually all of its shoes and apparel in low-wage countries such as Vietnam.

"Footwear tariff relief would allow Nike to accelerate development of new advanced manufacturing methods and a domestic supply chain to support U.S. based manufacturing," the company said in a statement.

U.S. companies and consumers paid $2.7 billion in tariffs on shoes last year, according to the Footwear Distributors and Retailers of America, an industry trade group. Of that total, only about $460 million would be subject to relief under the trade deal. China, the No. 1 source of U.S. shoe imports, is not part of the agreement, though it could conceivably join in the future. 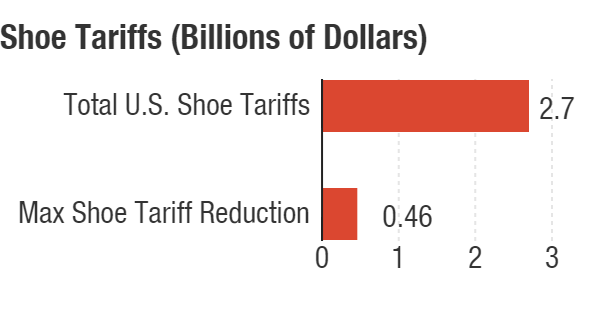 The shoe tariff reduction under the Trans-Pacific Partnership would cover only some countries where American shoes are produced. China, the No. 1 producer for the U.S., is not covered by the current TPP proposal. Nike, Footwear Distributors and Retailers of America hide caption

The potential tariff relief on shoes from countries that are part of the deal represents a fraction of Nike's profit last year of $2.7 billion, on sales of $28 billion. (A company spokesman declined to say what fraction of total U.S. shoe tariffs are for Nike shoes.)

"This advanced manufacturing model is expected to lead to the creation of up to 10,000 manufacturing and engineering jobs in addition to thousands of construction jobs and up to 40,000 indirect supply chain and service jobs in the United States over the next decade."

Critics of the trade deal were not impressed. "Just last year alone Nike cut half the number of American manufacturing jobs it now says it would create over a decade if TPP is enacted," said Lori Wallach, the director of Public Citizen's Global Trade Watch. "Nike's job creation claim mimics the broken job creation promises that multinational corporations have used to push for past controversial trade pacts, only to turn around and offshore U.S. jobs after the pacts took effect."

Nike employs 26,000 people in the U.S. A million more work in the overseas contract factories that supply the company's products.

In its most recent sustainability report, Nike noted that nearly a third of those factories fall short of its own labor improvement targets, with wages and work hours the biggest complaints. Obama says one goal of the trade deal is to raise labor standards throughout the participating countries.