Accessibility links
Who Is Clinton Confidant Sidney Blumenthal? : It's All Politics Emails from informal adviser Blumenthal to Hillary Clinton on U.S. policy in Libya have been subpoenaed by a House committee. He's no stranger to controversy, but Clinton says he's just an old friend.

Who Is Clinton Confidant Sidney Blumenthal?

Who Is Clinton Confidant Sidney Blumenthal? 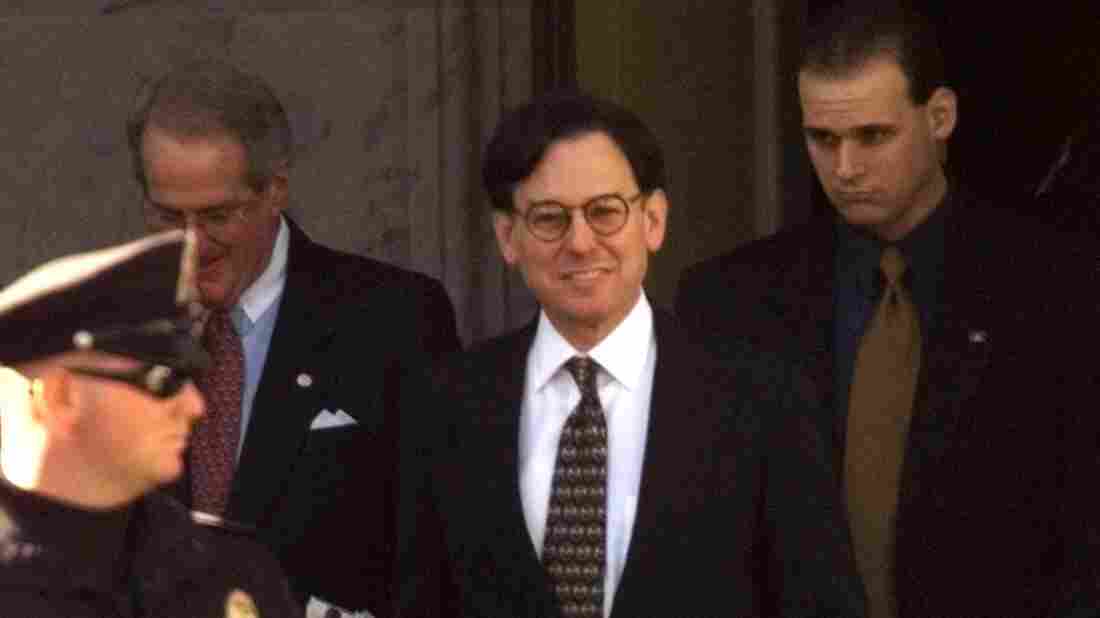 Presidential adviser Sidney Blumenthal, then an adviser to President Clinton, leaves Capitol Hill in 1999 after being deposed in the president's impeachment trial. Khue Bui/AP hide caption 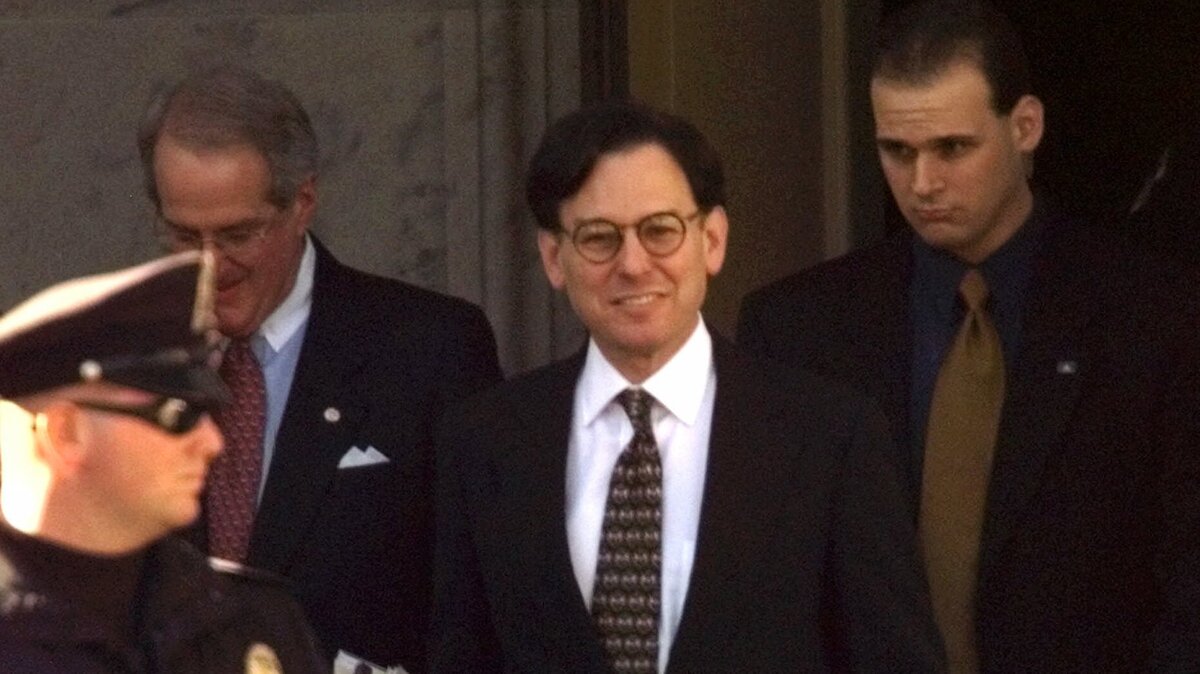 Presidential adviser Sidney Blumenthal, then an adviser to President Clinton, leaves Capitol Hill in 1999 after being deposed in the president's impeachment trial.

George Stephanopoulos is, of course, the ABC news anchor whose $75,000 in donations to the Clinton foundation have reminded the world of his longtime ties to Bill Clinton, for whom he worked from 1991 to 1997.

But before Stephanopoulos had entered the picture, another journalist with an activist history, Sidney Blumenthal, had already established himself as an admirer of Bill Clinton and as a confidant of both the future president and his wife, Hillary. That relationship, begun in the 1980s, would last for decades and continues to make news today.

In 2007, Blumenthal advised Hillary Clinton's campaign for president, using his rhetorical razor on her rival, the future President Obama. When she became secretary of state she reportedly wanted to offer a job to Blumenthal but was blocked by the White House. Nonetheless, he remained an informal adviser and worked for the Clinton foundation. In those roles, he sent her 25 emails relevant to U.S. policy in Libya and that country's political and economic future.

Those emails have now been subpoenaed by the special House committee investigating events in Libya in September 2012 that led to the death of the U.S. ambassador and three other Americans.

Hillary Clinton weighed in on her relationship with Blumenthal Tuesday, saying that he had sent her "unsolicited" emails when she was secretary of state that she had, in some instances, "passed on."

"I have many, many old friends, and I always think it's important, when you get into politics to have friends you had before you were in politics. ... I'm going to keep talking to my old friends whoever they are," she said.

To say Blumenthal has been no stranger to controversy is to understate the case. As a writer and advocate, Blumenthal could tap into the dreams and fears of the left while triggering the deepest dread and loathing imaginable on the right. Both reactions seemed to nourish his closeness with the Clintons. And that is a closeness that stretches back nearly three decades.

In 1988, when Bill Clinton was still governor of Arkansas, Blumenthal was already writing flattering pieces about him in The Washington Post. He had already met both Bill and Hillary Clinton at one of their Renaissance Weekend gatherings.

It would be three more years before Stephanopoulos would join Clinton's first presidential campaign. There he would find a ready ally in Blumenthal, who had moved from the Post to his previous employer, The New Republic. Blumenthal had generated controversy at that magazine in 1984 with his enthusiastic coverage of another youthful Democratic presidential hopeful, Colorado Sen. Gary Hart.

The Hart flirtation was soon surpassed by Blumenthal's infatuation with Bill Clinton, whose 1992 campaign he praised for its potential to bring "epochal change." He also found ample opportunity to lay waste to Clinton's rivals — President George H.W. Bush and the billionaire independent H. Ross Perot.

After Clinton became president, Blumenthal became the Washington correspondent for The New Yorker, a prestigious position that gave him wide latitude to report on the new era and the new administration. He did not see it as his job to report on various controversies that emerged early on, such as the White House Travel Office firings and then the Whitewater investigation. That fell to other New Yorker reporters, of whom Blumenthal was subsequently critical.

Even as the Clintons' health care bill collapsed and the Republicans took over both the House and Senate in the elections of 1994, Blumenthal remained ardently supportive, touting his access and long interviews with the president. This dovetailed with his tendency to self-assurance and dismissal of other points of view. His relations with other reporters on the beat deteriorated as he criticized their work and, it became clear, discussed it with the Clintons in private.

Although Blumenthal continued to write for The New Yorker, Michael Kelly took over as the principal voice of the magazine's Washington coverage as the administration turned toward the 1996 campaign. Blumenthal wrote a play lampooning the White House press corps that was performed at the National Press Club. Wherever one draws the line between "roasting" and expressing contempt, Blumenthal did not seem reluctant to cross it. 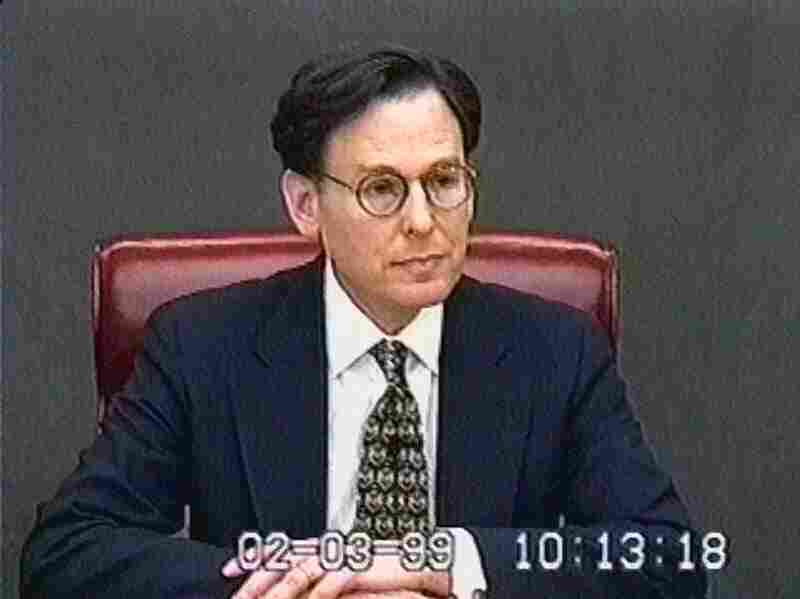 Blumenthal was one of just four witnesses deposed by the U.S. Senate when it tried (and acquitted) Clinton on the impeachment charges early in 1999. AP hide caption 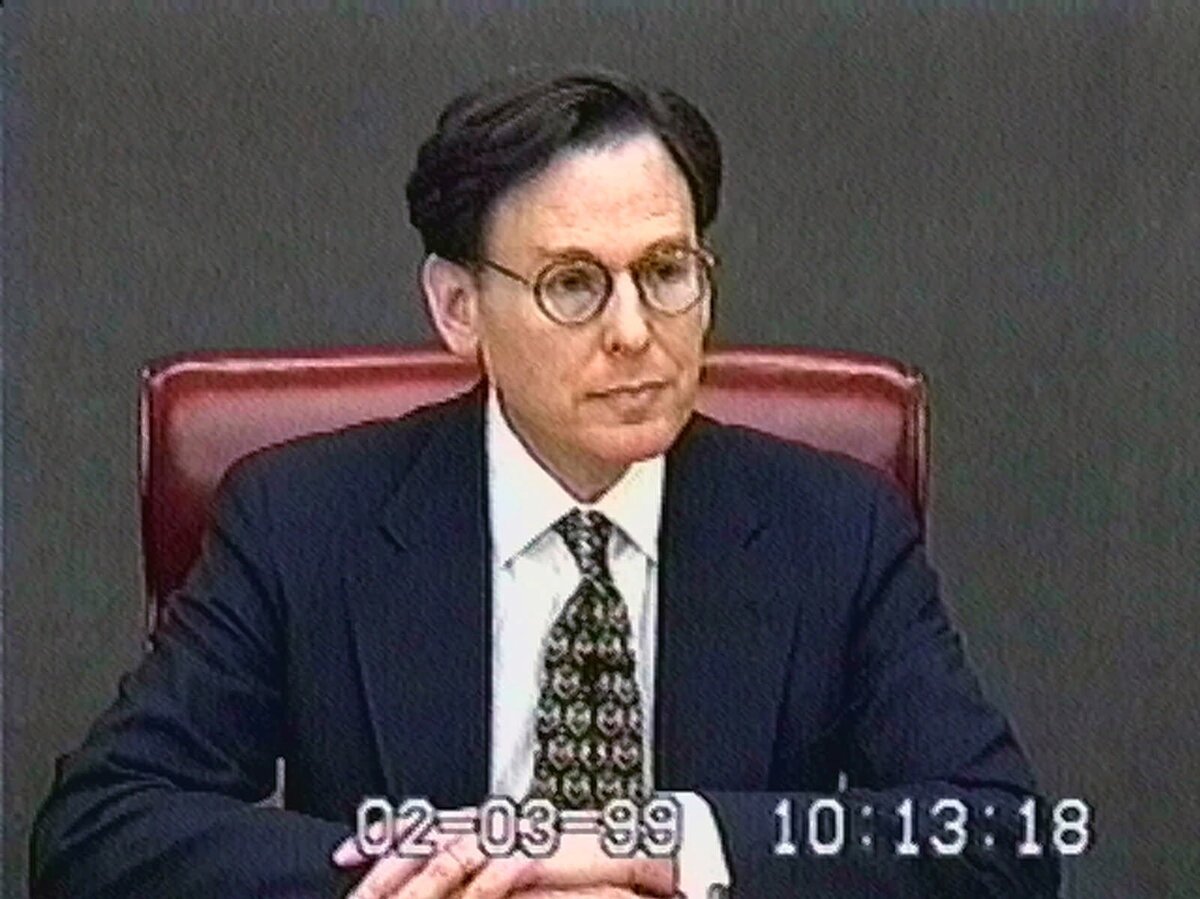 Blumenthal was one of just four witnesses deposed by the U.S. Senate when it tried (and acquitted) Clinton on the impeachment charges early in 1999.

But if his connection to his professional colleagues was strained, his relations with the Clintons remained robust — enough so that in the summer of 1997 he was hired as special assistant and adviser to the president. In February 1998 he received a subpoena from the special prosecutor who was probing the Monica Lewinsky case that would lead to Clinton's impeachment. He testified to the grand jury twice that year and was one of just four witnesses deposed by the U.S. Senate when it tried (and acquitted) Clinton on the impeachment charges early in 1999.

In 2003, Blumenthal published his own version of the stormy 1990s, titled The Clinton Wars. The book features photographs of him with both Bill and Hillary Clinton. Conservative journalist Andrew Sullivan described Blumenthal as "the most pro-Clinton writer on the planet."

Blumenthal, 66, was raised in Chicago and graduated from Brandeis University in Boston in 1969. He worked for the alternative Real Paper there. In 1980 he published a prescient analytical book called The Permanent Campaign, describing how fixation on electoral politics had begun to paralyze governing in the U.S. He has subsequently written four other books, including Pledging Allegiance: The Last Campaign of the Cold War, a description of presidential politics in 1988. He also gathered his criticisms of the presidency of George W. Bush in How Bush Rules: Chronicles of a Radical Regime.

Throughout his career, Blumenthal has had a propensity for feuding with other writers. Some were ideological adversaries, such as Sullivan. Some had published false stories about him, as Matt Drudge admitted to doing in 1997. Others were colleagues, such as Kelly at The New Yorker. Some were friends or former friends, such as Christopher Hitchens, with whom he fell out over specific events or issues. In 2013, Blumenthal found himself dueling with critics of his son, Max, whose book Goliath compared excesses of the Jewish state in Israel to those of the Nazi regime in Germany.