Accessibility links
5 Things You Should Know About Lincoln Chafee : It's All Politics In 2002, Lincoln Chafee was the only Republican senator to vote against authorizing the use of force to oust Saddam Hussein in Iraq. Some Republican colleagues referred to him as "the missing Linc."

5 Things You Should Know About Lincoln Chafee

5 Things You Should Know About Lincoln Chafee 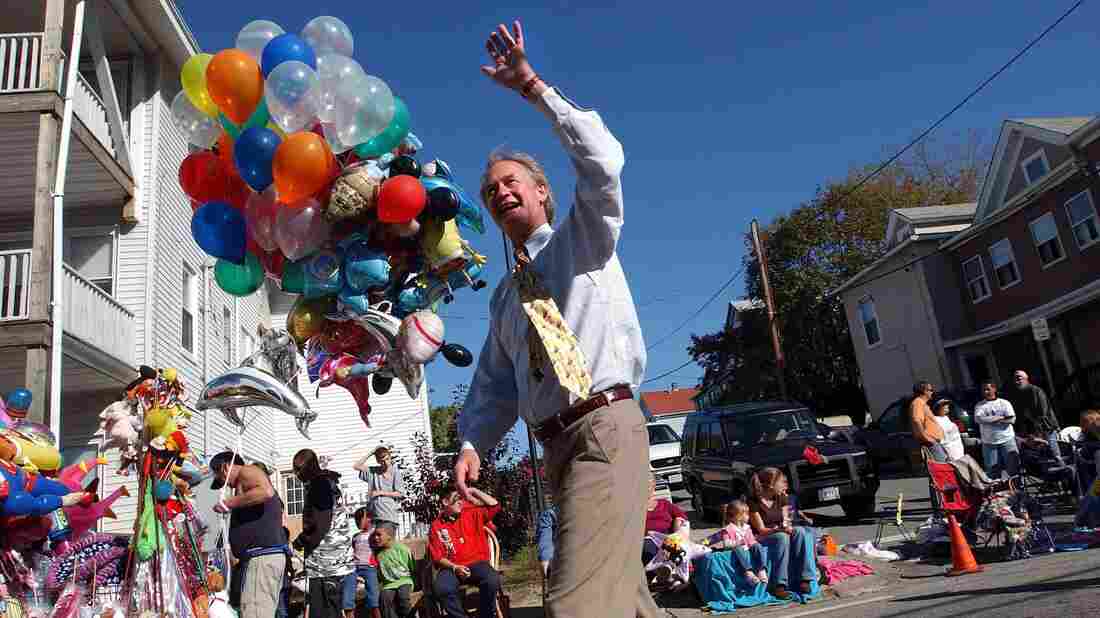 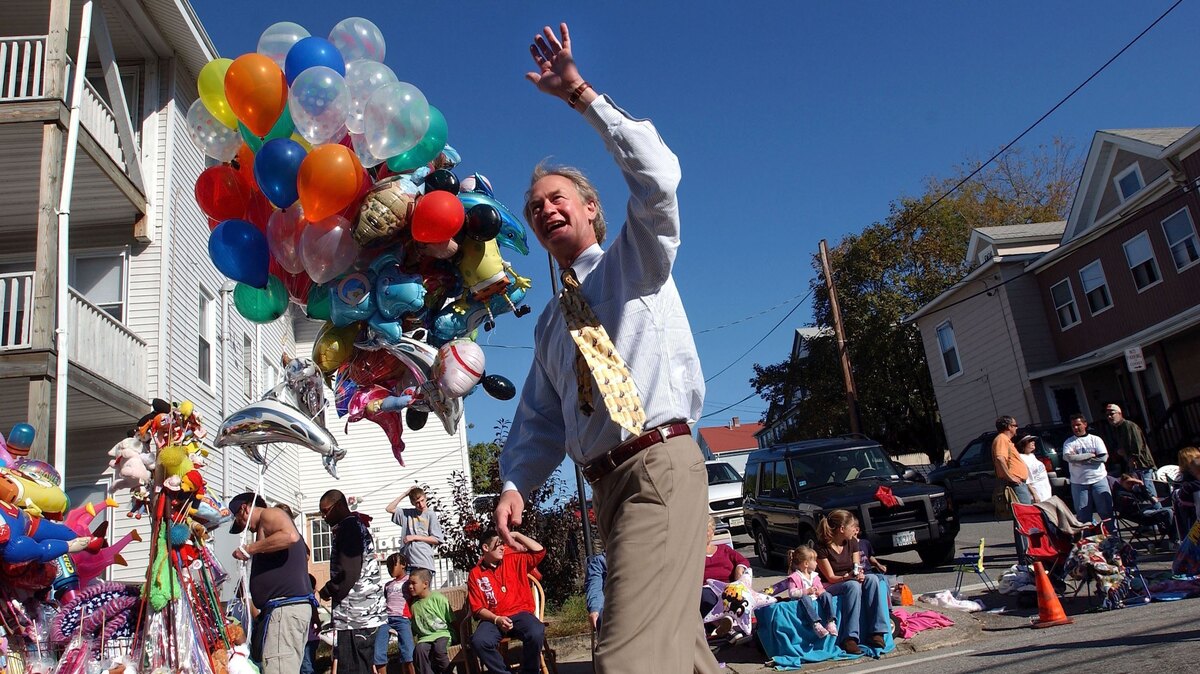 Then-Republican Sen. Lincoln Chafee marching in a parade in Woonsocket, R.I., in 2006.

Although not nearly so crowded as its Republican counterpart, the Democratic field of presidential contenders is growing. On Wednesday, Lincoln Chafee, a former senator and governor of Rhode Island, became the fourth major politician to enter the White House chase as a Democrat.

For those who do remember Chafee's career, his entry as a Democrat may be at least a slight surprise. His father, John, was a Republican governor and senator and secretary of the Navy under President Richard Nixon. A great-great-grandfather and a great-great-uncle both also served as Republican governors of Rhode Island. Lincoln Chafee himself had served as a Republican local legislator, mayor of Warwick and senator — all as a Republican. He left his ancestral GOP in September 2007 and won his one term as governor as an independent in 2010.

It is not often that a person can be said to have personally ended an era, but Chafee may well be remembered as the last liberal Republican to serve in the U.S. Senate. He was appointed in 1999 to fill out the term of his late father, who died near the end of his fourth term. The following year, Chafee won a term in his own right, still as a Republican.

But while Chafee remained in the GOP throughout his Senate years, his views were from his party's conservative center of gravity. Routinely rated the least conservative member of his caucus, he was, in fact, less conservative than several of his Democratic colleagues as well. He consistently backed same-sex marriage, abortion rights, a higher minimum wage and higher taxes on the wealthy. He also opposed the death penalty and oil drilling in the Arctic National Wildlife Refuge. Nonetheless, in November 2006, Chafee was defeated for re-election by an actual Democrat, Sheldon Whitehouse, who still holds the seat today.

Here are five things to know about Linc Chafee.

1. Martin O'Malley, now a rival for the Democratic presidential nomination, encouraged Chafee to switch parties.
The Senate in 2001 was evenly divided between the parties, and there was talk of Chafee switching parties to give the Democrats the majority. Chafee resisted those calls throughout his Senate term. Later, when serving as an independent governor, he was wooed by the chairman of the Democratic Governors Association, who was Martin O'Malley, then in his second term as governor of Maryland. Again, Chafee demurred, saying "I'm happy where I am for now." But before his gubernatorial term was up, Chafee made the switch in May 2013. O'Malley is now one of the other three candidates for the Democratic nomination in 2016 (along with former senator and secretary of state Hillary Clinton and Vermont Sen. Bernie Sanders).

2. Chafee was the only Republican senator to vote against authorizing the use of force to oust Saddam Hussein in Iraq. It was stunning to see him stand alone in 2002, except that he had been a lone dissenter on other issues of the 107th Congress — opposing tax cuts and voting against his own party's budget. Other Republicans referred to him at times as "the missing Linc."

3. He wrote in 'George H.W. Bush' for president in 2004.
In 2004, Chafee was openly critical of his party's incumbent president, George W. Bush, even flirting with the idea of challenging him in that year's New Hampshire primary. In the election that fall, Chafee made it clear he was not voting for the incumbent, but writing in the name of his father, former President George H.W. Bush, instead.

4. Chafee voted for Obama twice, even serving as his campaign co-chair in 2012.
In 2007, having become an independent, Chafee felt free to support former Senate colleague Barack Obama's bid for the Democratic nomination in 2008. When Obama ran for a second term in 2012, Chafee served as co-chair of Obama's successful re-election campaign. The following year, Chafee switched his registration to Democrat, while still serving as governor. He chose not to seek re-election in 2014.

5. He went to horse-farrier school.
After attending exclusive prep schools, including Phillips Academy (known as Andover) — where he was a schoolmate of Jeb Bush — and majoring in classics at Brown University, Chafee went to Montana State University in Bozeman. There, he learned the art and craft of a farrier — a master of horse shoeing. He then spent seven years working at harness racetracks around North America. His time as a farrier earned him a mention in Hoofcare & Lameness: The Journal of Equine Foot Science.