Accessibility links
The Dangers Of Political 'Foot-In-Mouth' Syndrome : It's All Politics With this many candidates running for the White House, gaffes are inevitable. This week, Republican presidential contenders Ted Cruz, Mike Huckabee and Rand Paul have all fallen victim.

The Dangers Of Political 'Foot-In-Mouth' Syndrome

The Dangers Of Political 'Foot-In-Mouth' Syndrome 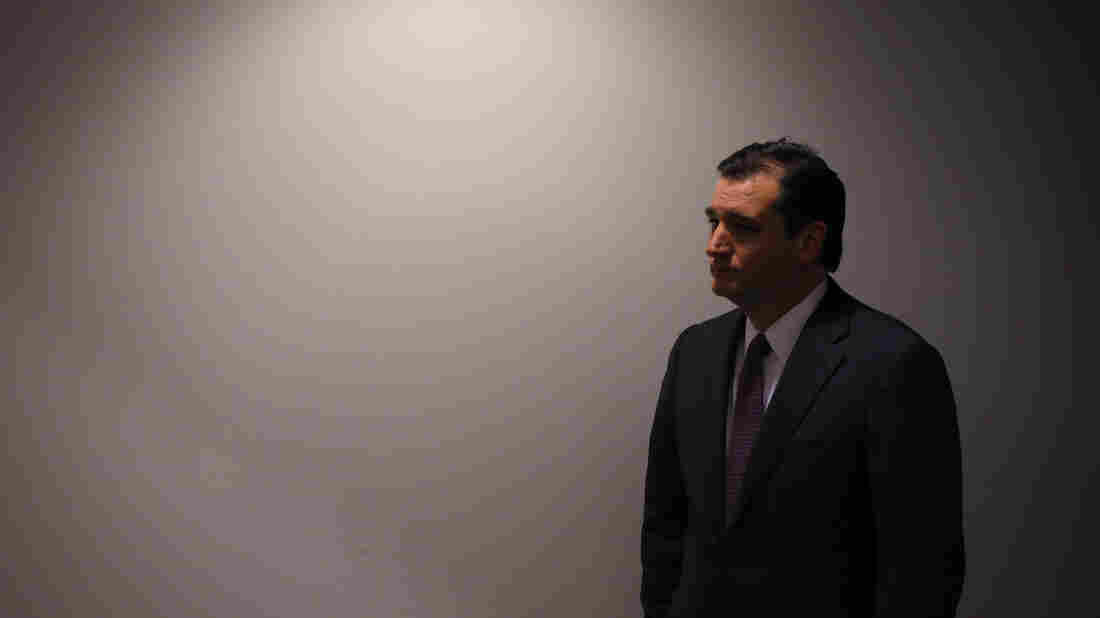 Sen. Ted Cruz, R-Texas, apologized Wednesday after making a joke about Joe Biden while the vice president was mourning the death of his son. Charles Dharapak/Associated Press hide caption 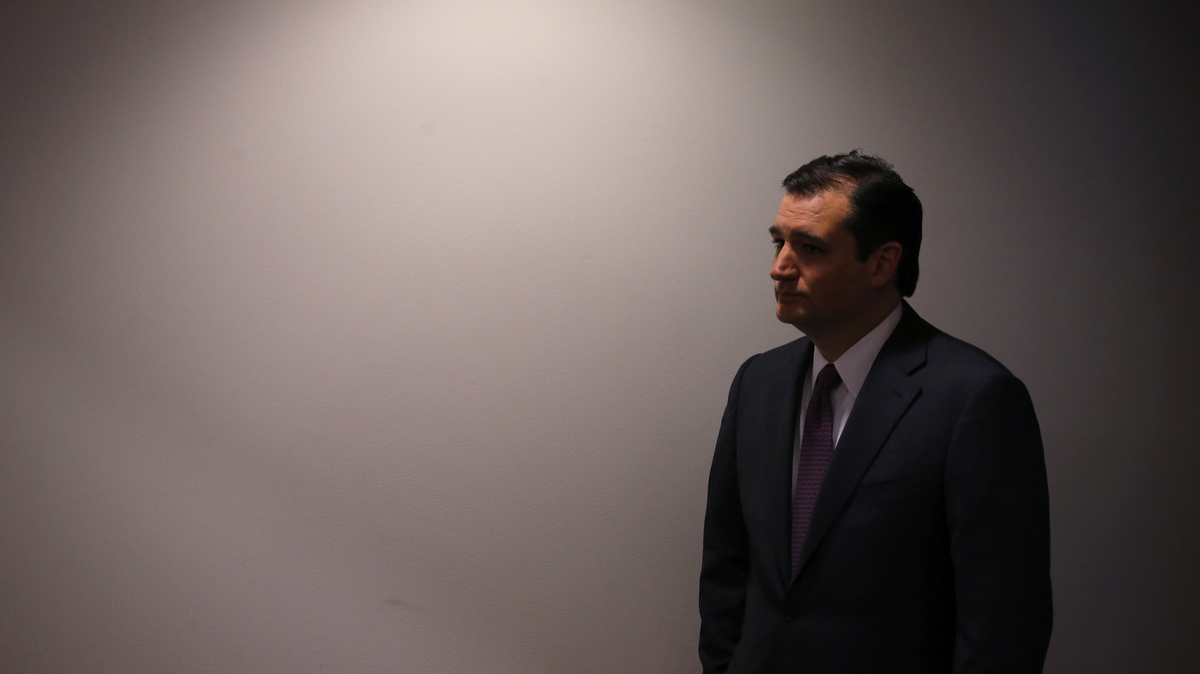 Sen. Ted Cruz, R-Texas, apologized Wednesday after making a joke about Joe Biden while the vice president was mourning the death of his son.

It's a political disease that is striking some presidential hopefuls early in this campaign season: foot-in-mouth syndrome. It's one they were hoping to avoid, but just this week, a handful of GOP candidates have fallen victim:

The Key To Comedy Is Timing

Texas Sen. Ted Cruz's gaffe was so bad, he did something politicians rarely do so quickly — he apologized.

"Vice President Joe Biden, you know the nice thing? You don't need a punch line," Cruz said at a Republican dinner in Michigan.

It's a joke he's told before and, typically, one about the usually entertaining Biden is fair game, but this is no typical week, following the death of Biden's 46-year-old son, Beau. After initially brushing off a reporter's question about it, the GOP presidential hopeful later apologized, saying on his Facebook page, "It was a mistake to use an old joke about Joe Biden during his time of grief, and I sincerely apologize."

Former Arkansas Gov. Mike Huckabee was jeered in the wake of Caitlyn Jenner's Vanity Fair cover after it was reported he said earlier this year he wished in high school "that I could have felt like a woman when it came time to take showers in PE." Here's fuller context of what he said, from a video posted by the conservative site World Net Daily over the weekend from comments Huckabee made at the National Religious Broadcasters Convention in Nashville, Tenn.:

"For those who do not think that we are under threat, simply recognize that the fact that we are now in city after city watching ordinances say that your 7-year-old daughter, if she goes into the restroom cannot be offended and you can't be offended if she's greeted there by a 42-year-old man who feels more like a woman than he does a man.

"Now I wish that someone told me that when I was in high school that I could have felt like a woman when it came time to take showers in PE. I'm pretty sure that I would have found my feminine side and said, 'Coach, I think I'd rather shower with the girls today.' You're laughing because it sounds so ridiculous, doesn't it?"

Fellow presidential candidate George Pataki, the former New York governor, criticized him for "mocking" instead of "respect[ing]" the former Olympic champion's decision. Most of the other Republican candidates have kept silent, but comments like those worry national GOP strategists, who would like to move the party beyond divisive social issues.

Leave Science To The Whom? 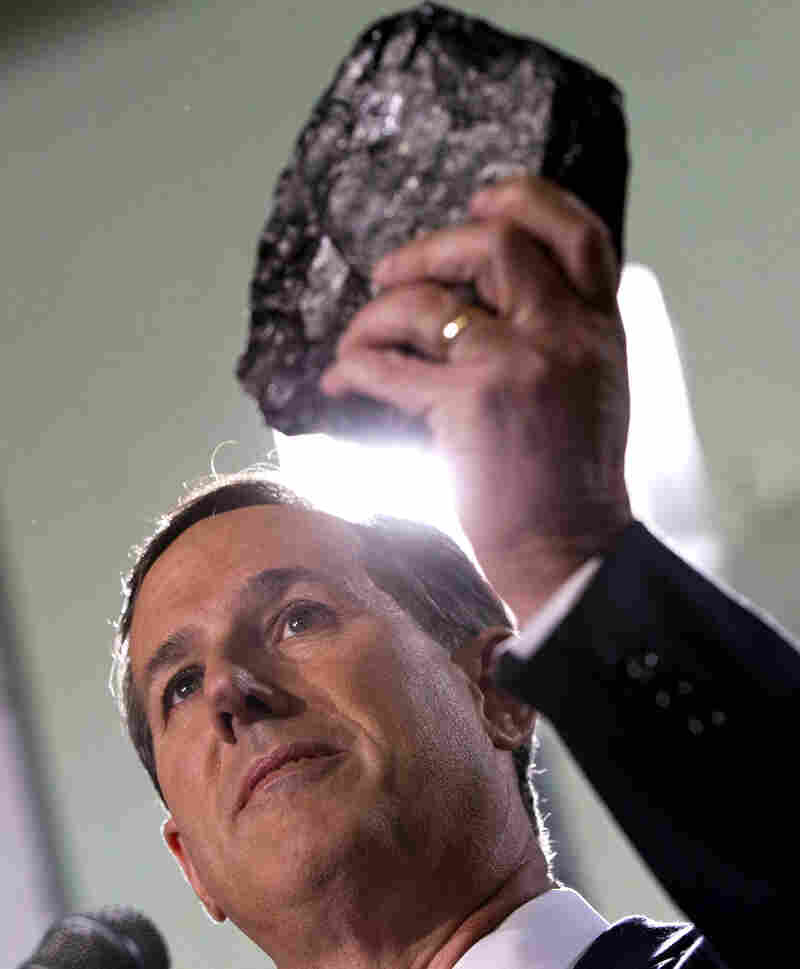 Former Pennsylvania Sen. Rick Santorum holds up a piece of coal while announcing that he is entering the Republican presidential race. Jacquelyn Martin/AP hide caption

Former Pennsylvania Sen. Rick Santorum, who declared his second bid for president last week, also made a faux pas when the Catholic candidate said Pope Francis should "leave science to the scientists" and stay out of the climate change debate. However, as several publications quickly pointed out, Pope Francis actually does have a scientific background, graduating as a chemical technician and working as a chemist before joining the priesthood.

Kentucky Sen. Rand Paul is no stranger to verbal miscues — from shushing a female reporter to saying he was "glad" his train didn't stop in Baltimore amid unrest there last month to questioning vaccine side effects.

He had another this weekend when he suggested some of his opponents who said he was endangering national security with his opposition to the Patriot Act "secretly want there to be an attack on the United States, so they can blame it on me." Paul later apologized.

Paul admitted to Politico that his comments are "not always perfect" but pointed out that his off-the-cuff style is often what his fervent supporters love most about him.

His GOP rivals' supporters may feel the same way about their gaffes this week. Cruz backers like his brash style and ability to go after Democrats. Huckabee supporters are religious conservatives, and he can't win a primary without them. So, too, are Santorum's, who are skeptical of climate change and government interference.

None of these candidates are the first — nor will they be the last — on the campaign trail to make errors. Former Florida Gov. Jeb Bush's scuffle over whether he would have invaded Iraq was probably more politically damaging given the baggage he carries from his brother, former President George W. Bush.

And Texas Gov. Rick Perry's infamous "oops" gaffe in a 2012 debate was damaging only because it crystallized a floundering campaign — and now raises the stakes for him to perform at a higher level after jumping in again on Thursday.

It's also far from just a Republican problem, either. Vermont independent Sen. Bernie Sanders, running for president as a Democrat, recently came under fire for a 1972 satirical essay that involved a "rape fantasy."

And while Democratic front-runner Hillary Clinton hasn't had any very recent gaffes, that's mainly because she's taken so few press questions and given few interviews. When she launched her book tour last year, though, she caused a stir when she said she and her husband, former President Bill Clinton, left the White House in 2001 "dead broke." She later walked back the comments, but they've continued to dog her.

Bill Clinton could end up being the more unpredictable of the two as the campaign moves ahead, given his less-scripted style. In 2008, he came under fire for comments that Obama's campaign attacks against Hillary Clinton's vote for the Iraq war was a "fairy tale."

For every politician, it's a constant reminder that everything a candidate says will always be captured and preserved in the omnipresent era of trackers and parsed in the 24/7 media cycle.

An earlier version of this post incorrectly noted that Pope Francis had a master's degree in chemistry. In fact, according to his official biography, he "graduated as a chemical technician."