Accessibility links
Here's Why All These Political Cattle Calls Matter : It's All Politics For lesser-known GOP candidates in such a crowded 2016 field, the different events offer a chance to try to and catch fire with often little investment or infrastructure needed.

Here's Why All These Political Cattle Calls Matter

Here's Why All These Political Cattle Calls Matter 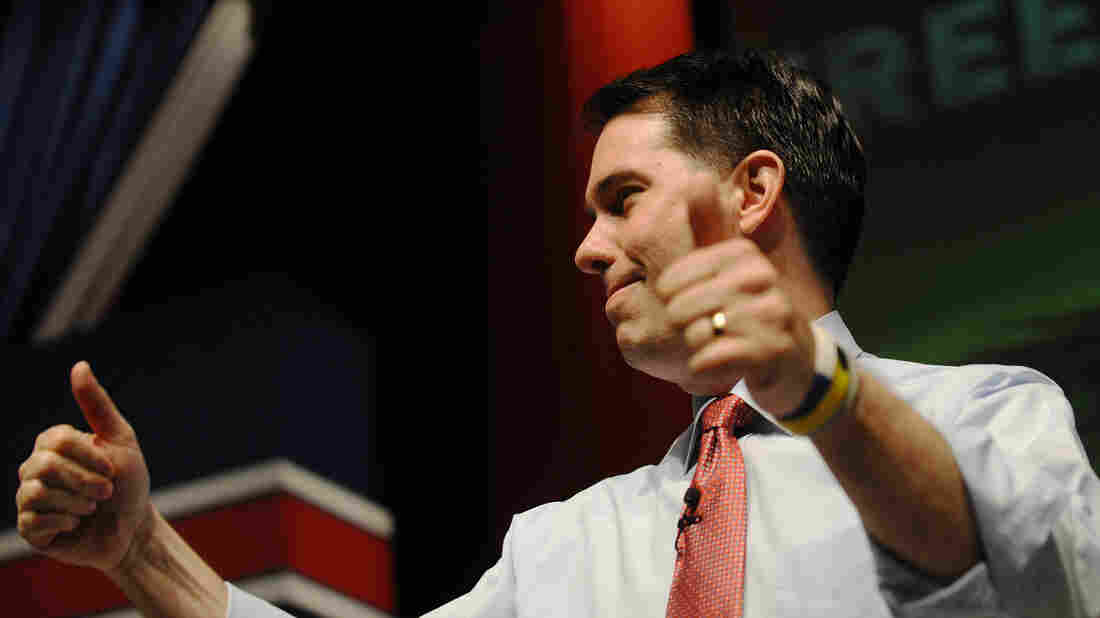 Wisconsin Gov. Scott Walker used the first Iowa cattle call this year, the Iowa Freedom Summit, to give an electrifying speech and shoot to the top of the pack in the first caucus state. Rainier Ehrhardt/Associated Press hide caption 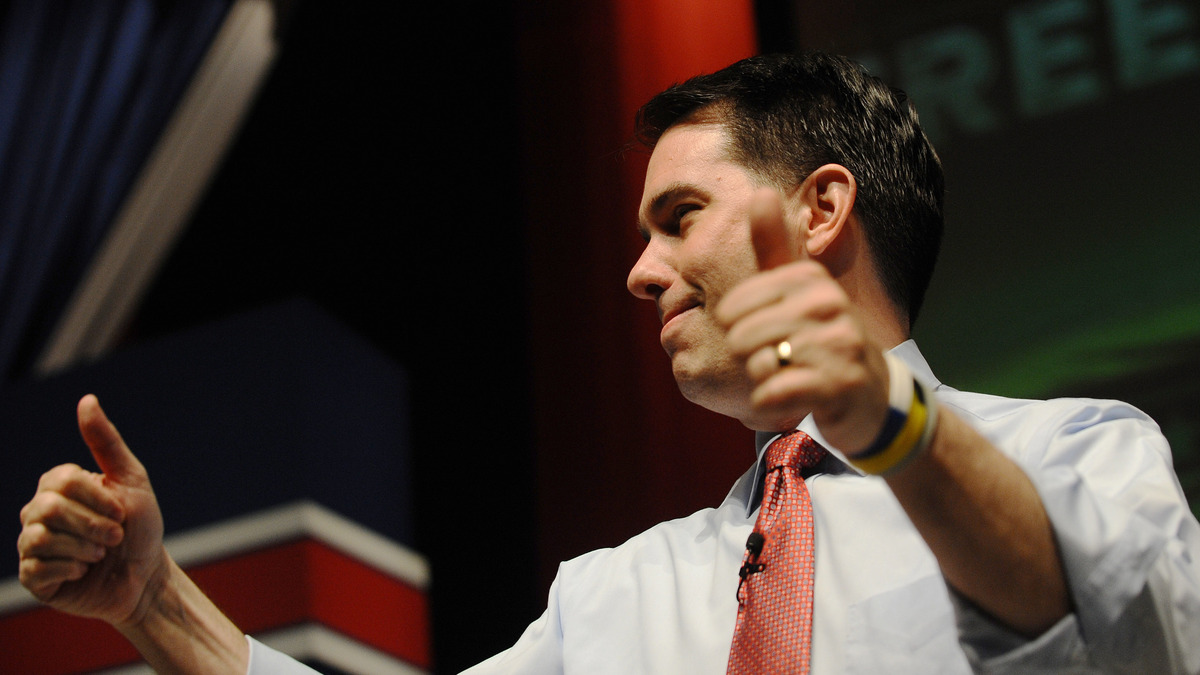 Wisconsin Gov. Scott Walker used the first Iowa cattle call this year, the Iowa Freedom Summit, to give an electrifying speech and shoot to the top of the pack in the first caucus state.

Stop us if you've heard this one before — the vast field of GOP presidential hopefuls is gathering in a critical early state this weekend to give speeches, woo voters and court activists. That's what's been happening nearly every weekend since the beginning of the year, with Republican groups, influencers and politicians each hoping to attract top-tier candidates to their event.

With national Republicans trying to limit debates this year, the multifaceted events have become the new normal for both candidates and the media. On Saturday, both announced and likely GOP candidates will head to Iowa for the next one, where freshman GOP Sen. Joni Ernst will hold her inaugural "Roast and Ride."

So far, there have been at least a dozen different cattle calls since January. And if it feels like there's been a lot of cattle calls this year, maybe that's because there's a lot of cattle. For lesser-known candidates in such a crowded field, the different events offer a chance to try to and catch fire with often little investment or infrastructure needed.

"You have a megaphone from the inside out," said longtime Iowa GOP strategist Tim Albrecht. "There's no other place these candidates can go where they will see 200 media confined to one location. That's potentially 200 stories they wouldn't have otherwise gotten. With these kinds of events, it's a very low bar to participate and to even be invited."

And in Iowa – a state where GOP voters insist on meeting their candidates early and often – the guaranteed national attention has also been a boon for state and local Republicans. 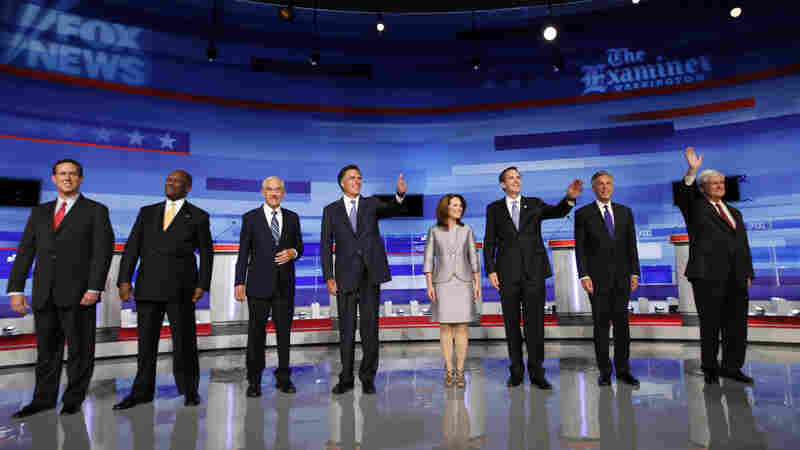 National Republicans are limiting presidential debates this year, fearing too many too early in 2012 hurt their chances. And with a crowded primary race, they're networks are setting benchmarks to get on stage. Charlie Neibergall/Associated Press hide caption 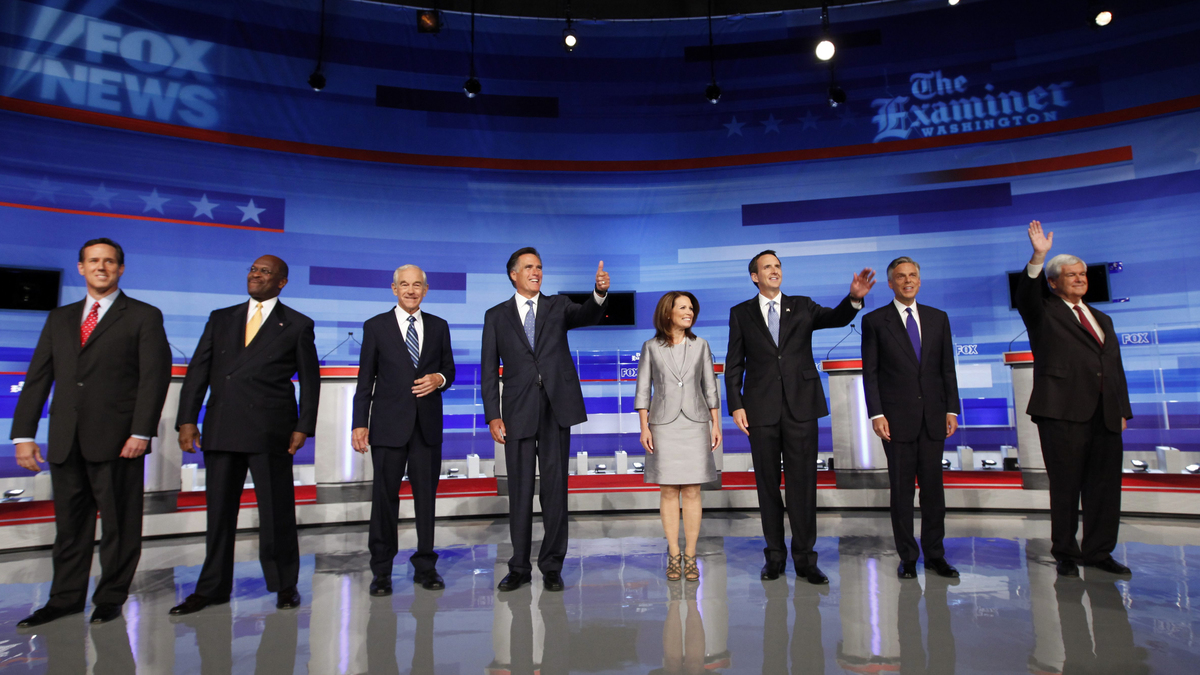 National Republicans are limiting presidential debates this year, fearing too many too early in 2012 hurt their chances. And with a crowded primary race, they're networks are setting benchmarks to get on stage.

"Everybody is a beneficiary of these events, whether it's the local county party, the state party the campaigns and the voters," Albrecht said, "because this gives Iowans the opportunity to see these candidates and potential candidates on the same stage, back to back, to directly compare how each of them would handle a particular situation. These are a wonderful way for Iowans to gauge candidates on an Iowa stage who eventually want be on the world stage."

To national observers, the cattle calls have become the new debates and a way for hopefuls, who haven't been getting as much attention, to boost their profile, so they can ultimately make it onto the debate stage later this year.

"A lot of the folks in the field not named [former Florida Gov.] Jeb Bush, [Wisconsin Gov.] Scott Walker, or [Florida Sen.] Marco Rubio, they don't have very high name ID," national GOP strategist Ford O'Connell said. "That's why the cattle calls are taking on an added importance in the way we haven't seen before."

The field will naturally be winnowed down after the first few states vote early next year. But until then, if candidates aren't able to get momentum before the debates, "donors aren't going to open up their wallets," O'Connell said.

The burst of early events in 2015 helped some candidates jump to the head of the pack nationally. Albrecht pointed to Walker's breakout performance at the Iowa Freedom Summit this past January as one example. While he noted that Iowans had been wowed by his speeches already the previous year, the first major cattle call gave the Wisconsin governor the momentum he needed. 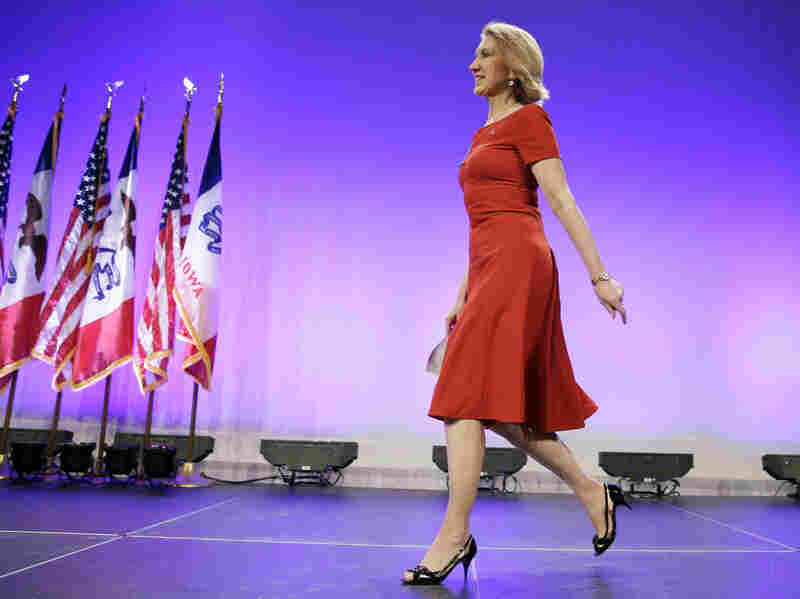 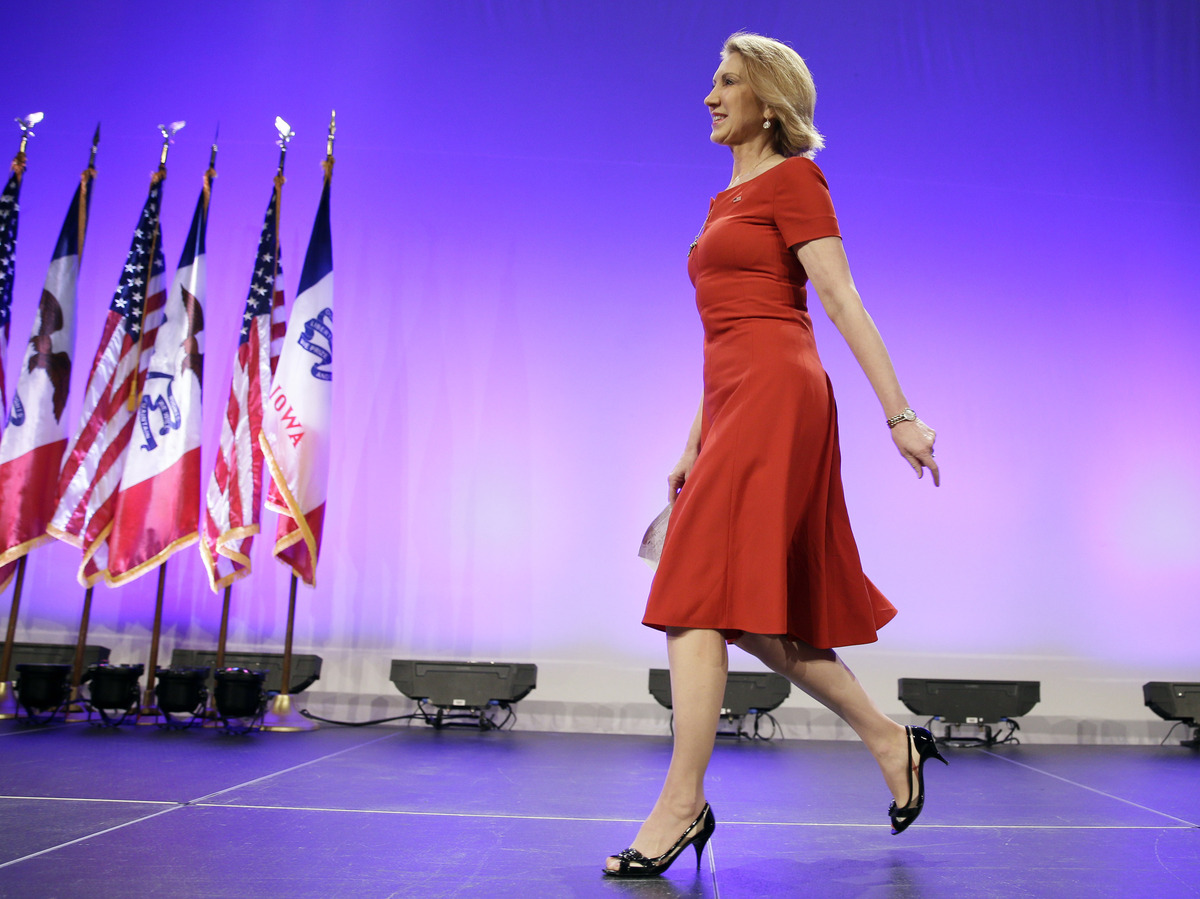 Former Hewlett-Packard CEO Carly Fiorina has performed well in early cattle call events, but is still lagging in the polls.

He also pointed to former Hewlett-Packard CEO Carly Fiorina — who performed well at last month's Iowa Lincoln Day Dinner and had a big crowd outside her room — and former Texas Gov. Rick Perry — who needs a comeback after not living up to the hype in the state four years ago — as candidates who have shone at the events.

Both will be at Ernst's event this weekend — only Perry and Walker will be riding motorcycles along the GOP senator, though. Seven candidates will be in attendance, including Rubio, South Carolina Sen. Lindsey Graham, retired neurosurgeon Ben Carson and former Arkansas Gov. Mike Huckabee.

Fiorina and Perry have yet to see much evidence of what activists say have been good performances. Both are still mired in single digits in both early state polls and national surveys, the latter of which will determine whether they make it onto the debate state during the first faceoff in August.

That makes their continued performance in such cattle calls all the more important along with building their political operations.

"Everything's been turned on its head, because of the capping of the debates and the calendar," O'Connell warned. "You know if you're not on the first one or two debate stages, it's going to be hard to get past New Hampshire."