Accessibility links
Crossing The Line: Political Operative Gets 2 Years In Prison : It's All Politics For the first time ever, a political operative got prison time for illegally coordinating between a superPAC and a campaign. It could have implications for the 2016 presidential race. 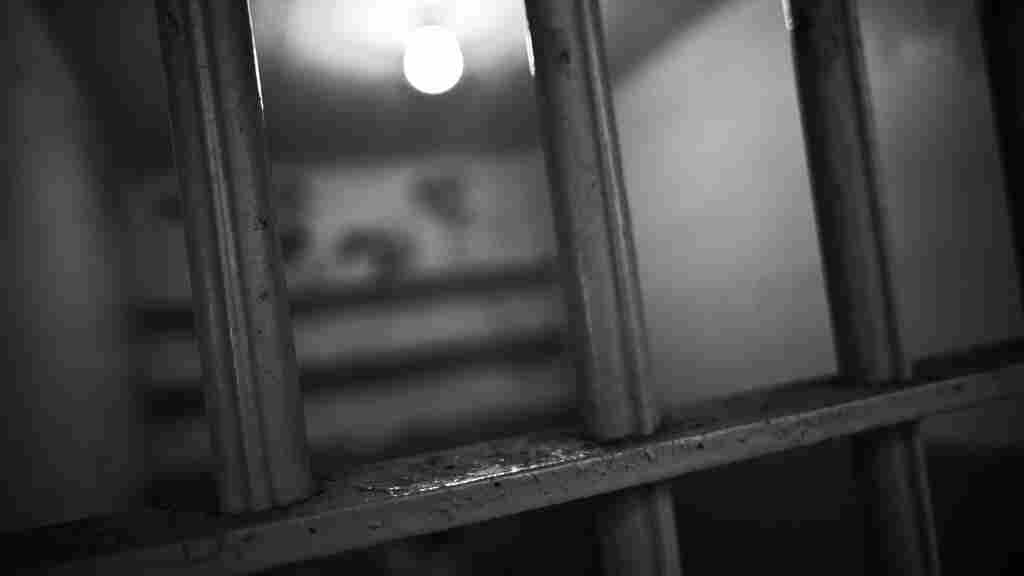 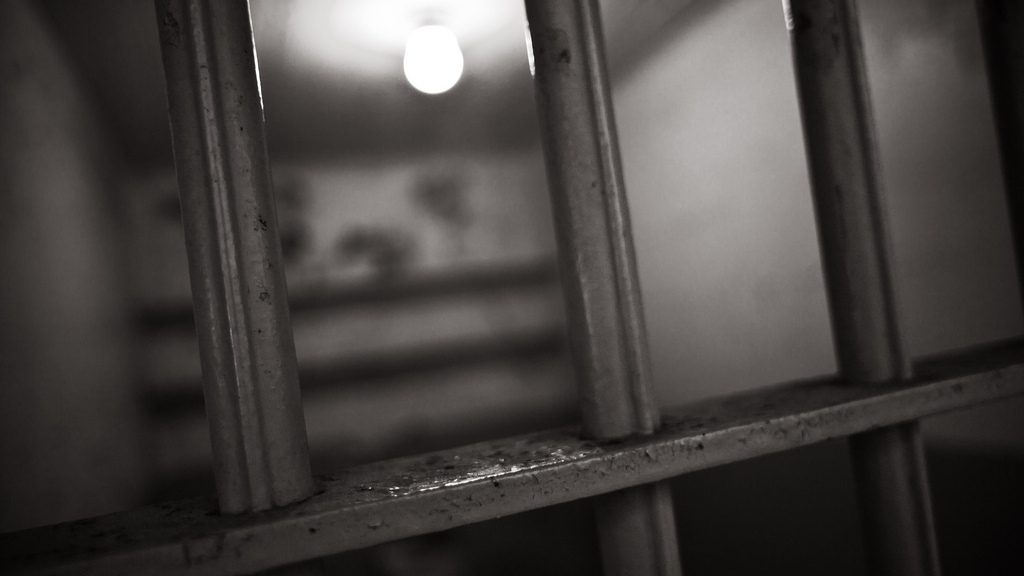 Republican political operative Tyler Harber admitted in federal court to illegally coordinating between a campaign and superPAC. He was sentenced to two years in prison and two years' probation.

The first political operative to ever be found guilty of illegally coordinating between a superPAC and campaign was sentenced Friday to two years in prison and two additional years of probation.

Harber controlled both the campaign and superPAC that ran ads supporting Chris Perkins, a Virginia Republican challenging Democratic Rep. Gerry Connolly. Harber took a big commission on those ads. A local Republican official raised questions about Harber's activities. The Justice Department got involved, and last February Harber pleaded guilty to illegal coordination and lying to the FBI. The two felonies could have brought a combined total of 10 years in prison. Prosecutors asked the judge to give Harber nearly four years. 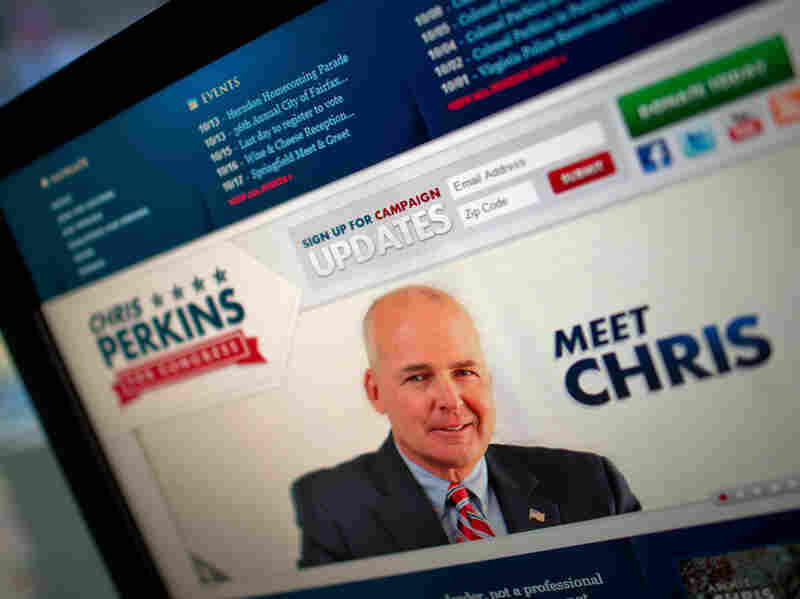 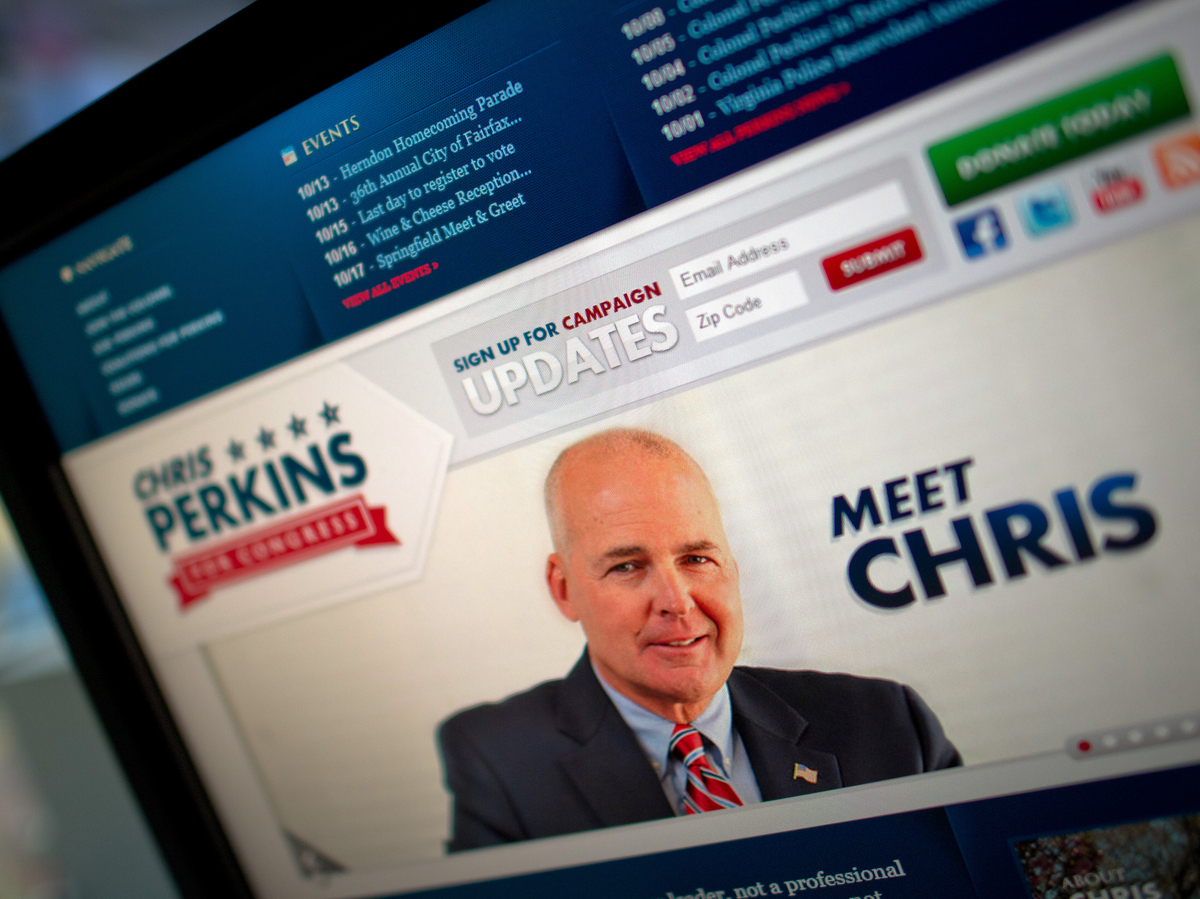 In 2012, Harber was hired by Chris Perkins, a first-time Republican candidate challenging longtime Democratic Rep. Gerry Connolly in Northern Virginia. He also controlled a superPAC that ran ads supporting Perkins and took a big commission on those ads.

Harber appeared in Federal District Court in Alexandria, Va., wearing khaki trousers and blue blazer – the uniform of Washington consultants – and a fearful look in his eyes.

He told sentencing judge Liam O'Grady, Harber noted, "It was not just a mistake," that "it was a deliberate decision to do this." But Harber, who while on probation will not be allowed to do any campaign work without permission of his probation officer, added, "It was something I had seen other people do. ... These folks didn't get caught."

Millions of dollars will be spent in this presidential election by superPACs supporting candidates. These outside groups are not supposed to coordinate strategies or messaging with the campaigns. But that the legal line is getting faint, largely because the Federal Election Commission has rarely enforced the law.

The Harber case, though, is a warning shot sent by the Department of Justice. It's signaling — ahead of a 2016 presidential election when money will flow to a greater degree than in any election in American history — that it will be willing to go after people who cross the line.

Richard Pilger, director of the Justice Department's election crimes branch, told O'Grady, "This is the first case, which makes it really important to send a message."

O'Grady didn't exactly agree. "I don't care if this is the first case or the 10th case," he said before boosting Harber's prison time to 24 months, up from the 20 months requested by defense attorney Shannon Quill. She had cited social science research to contend that any prison time sends the message to white-collar wrongdoers.

After the sentencing, government officials kept on pressing the argument.

"The significant prison sentence imposed on Tyler Harber should cause other political operatives to think twice about circumventing laws that promote transparency in federal elections," Leslie R. Caldwell, assistant attorney general in the Justice Department's Criminal Division, said in a statement. "As the first conviction for illegal campaign coordination, this case stands as an important step forward in the criminal enforcement of federal campaign finance laws. Illegal campaign coordination can be difficult to detect, which is why we strongly encourage party or campaign insiders to come forward and blow the whistle."

"As the 2016 election gears up, there may be others, similar to Mr. Harber, who may view campaigns as a venue to misappropriate funds," Leonard said. "With millions of dollars in play, donors should be aware of how their money will be spent prior to making a donation to a superPAC to ensure that their contributions are being legally expended."

Among campaign-finance lawyers, debate about the case's impact was already under way.

"The Department of Justice is not, I don't think, actively looking for these cases," lawyer Robert Kelner said told NPR. "But when they are put on the department's doorstep, we now know they are very willing to pursue them."

An outlier or emblematic? The rise of superPACs and the danger of corruption

SuperPACs, which are supposed to be independent entities from campaigns, are not bound by the usual contribution limits. This year, virtually every presidential candidate has at least one superPAC, run by friends and financed by billionaires.

But with the proliferation of money in politics since the 2010 Citizens United decision, the close ties between those who run superPACs and candidates, and those likely candidates raising money for the superPACs before they get in, campaign finance watchdogs warn of more potential problems to come.

"You know, some of those campaign finance lawyers just may be wishing this will go away," said Fred Wertheimer, a longtime leader of efforts to restrain political money. "We just cannot have the president of the United States chosen on a flood of illegal campaign money."

But not all campaign finance lawyers are convinced the case will change the behavior of consultants or politicians. Harber, they argue, is an outlier, not emblematic of the norm.

"For most political actors, in this situation, they likely would've talked to a lawyer first," conservative lawyer Dan Backer told NPR.

Whatever the perceived impact, Kelner said the Justice Department has made clear that it's eager to see more coordination cases.

"There are lots of people involved in campaigns who end up with a grudge," he warned. "And each and every one of those people is a potential whistleblower who can run to the Department of Justice."