Accessibility links
How Would Hillary Clinton 'Reshuffle' Economic Inequality? : It's All Politics Many of Clinton's supporters say the sooner she lays out her economic policy vision the better, especially as her unfavorable ratings have been growing. She'll start Saturday. 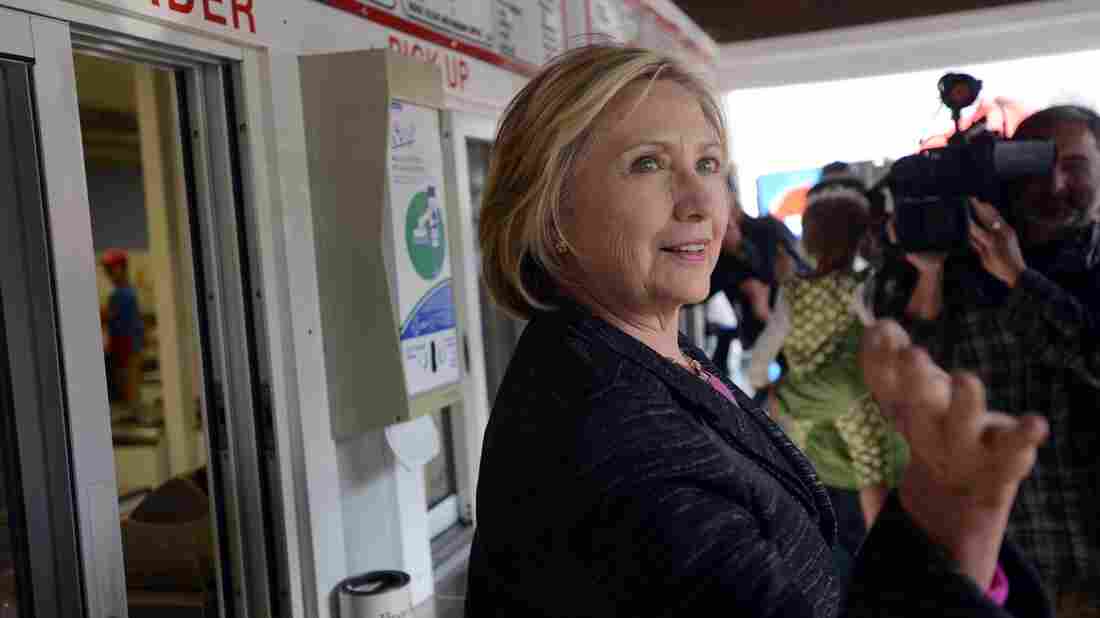 Hillary Clinton, seen here at Moo's Place in New Hampshire, has talked about the economy on the campaign trail but only in broad strokes. Darren McCollester/Getty Images hide caption 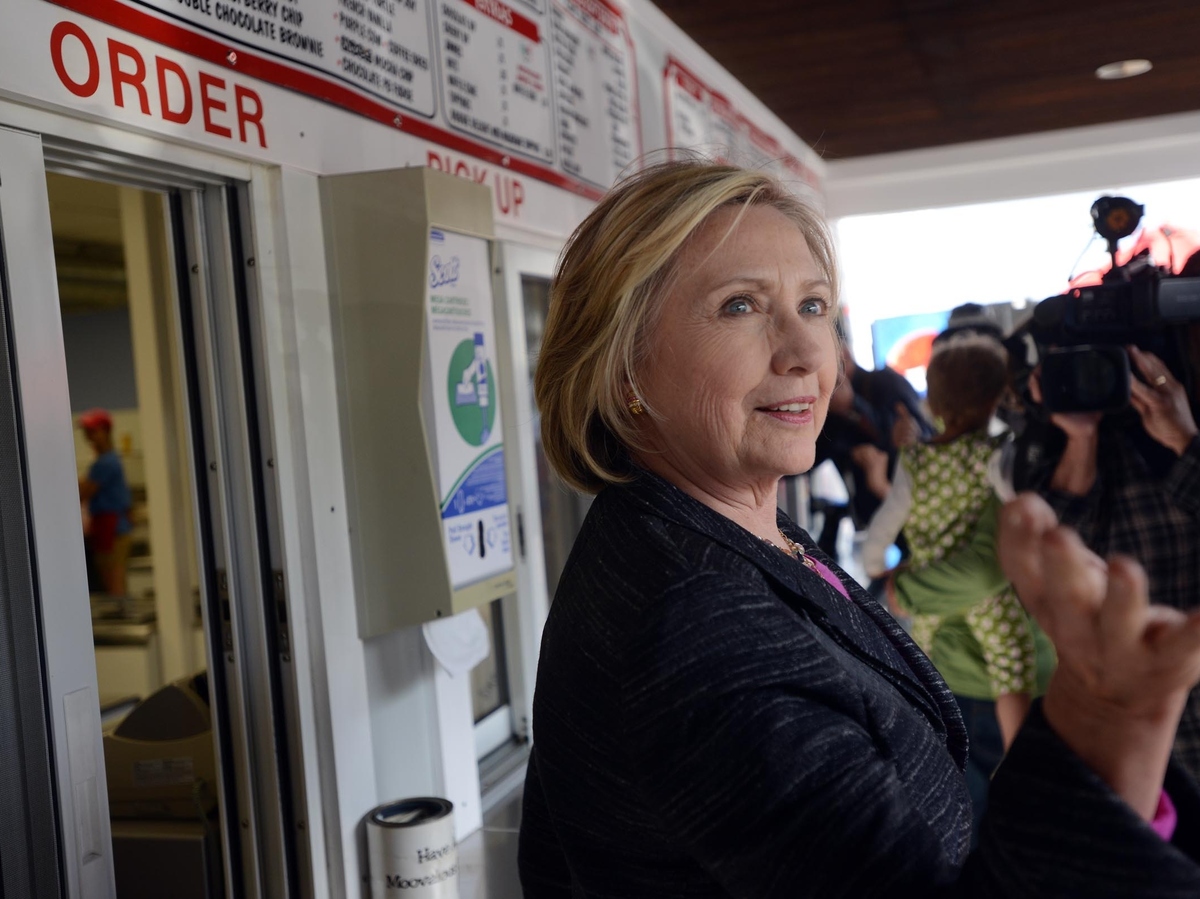 Hillary Clinton, seen here at Moo's Place in New Hampshire, has talked about the economy on the campaign trail but only in broad strokes.

Hillary Clinton's campaign for president is about to enter a new phase. At her first big rally this Saturday in New York City, she will make an unusually personal speech about how her upbringing forged her commitment to helping others.

Dreams From My Mother: Clinton To Look To Mom In Campaign Kickoff

Soon after, Clinton will begin laying out her positions on a broad range of economic policy questions. In the past few months, we've learned her positions on immigration, campaign finance reform, voting rights, and gay marriage. But we don't know yet what she wants to do about the number one economic issue of the 2016 campaign — stagnating middle class incomes.

Clinton does talk about the economy a lot on the campaign trail, but so far only in broad strokes. She says she wants everyone to have the same chances she had — and that, as she said visiting a brewery in May, "here in Washington we know that unfortunately the deck is still being stacked for those at the top."

She says that her job is to take that deck and "reshuffle the cards" but what does that mean?

"Paramount is how we're going to have an economy that grows for everyone, that's inclusive, in which middle class families and people struggling to get into the middle class can get ahead as the economy grows," said Neera Tanden, an informal advisor to Clinton and president of the left-leaning Center for American Progress.

So would she address economic inequality the way Elizabeth Warren and Bernie Sanders propose by breaking up the big banks,or increasing Social Security Benefits?

"Clinton has very deliberately appropriated progressive populist phrases from the Warren wing of the Democratic party. That leaves entirely unanswered the question of what the full economic narrative would be when she spells it out," he said.

She'll start spelling it all out Saturday in her big kick off speech. Clinton campaign chairman John Podesta said that's when Clinton will talk about the conditions of the country and "why people haven't seen their wages rise even as we've seen private sector job growth come back in this country."

He says she'll also talk about "what she wants to do to make sure that people get ahead and stay ahead. She'll lay out a template for that, and then through the course of the Summer and into the Fall she'll get specific about what policies she thinks she' can achieve to help people succeed in life," he said.

In those Summer and Fall speeches, Clinton will lay out her plans for college affordability, early childhood education, Wall Street reform and paid family leave. At some point she will say exactly how high she wants the minimum wage to be, and how she'd finance big investments in infrastructure. And, her aides say, she'll also eventually explain how she plans to solve one part of the income inequality puzzle — that even when profits and productivity go up, wages do not follow.

"The hard work, the productivity that you contribute to the the profitability and the success of the businesses that you work for should be reflected in those paychecks so that people feel that the work ethic is really paying off for them," she said last month.

Exactly how Clinton proposes to get productivity and wage growth back in sync will depend on why she thinks the middle class is struggling. Theres a big debate about this going on inside the Democratic Party. The Elizabeth Warren wing thinks the middle class is suffering because the top 1 percent grabbed more than their share. On the other side are Democrats who believes the deck is not just stacked, its been transformed — by the big forces of global competition and technology.

Clinton doesn't believe those dueling narratives are mutually exclusive, according to Podesta, and he said she will make that very clear.

"By the time people are going to the polls and voting, people will know exactly what she wants to do. And I think offer a vision that will be appealing to a broad section of Americans," he said.

Many of her supporters say the sooner she lays out that vision the better. Her unfavorable ratings have been growing, and majorities of voters tell pollsters that she is not honest and trustworthy. Neera Tanden thinks the best way to address those political problems is with a robust policy agenda. And it has the added benefit of playing to Clinton's authentic political strengths. As Tanden points out, Clinton is first and foremost a workhorse and a policy wonk.

"That's always been an asset for her," she said. "In a campaign in which you are continually discussing the way you want to solve people's problems is another way to communicate how you're on their side and care about their concerns."

So the question the Clinton campaign would like to ask is not whether she is honest and trustworthy but whether voters can trust her to fight for them and their families.