Accessibility links
Obama Immigrant Detention Policies Under Fire : It's All Politics Since the unaccompanied minors crisis last year, the Obama administration is walking a fine line. With a backlog in the courts, many immigrants remain detained with an uncertain future. 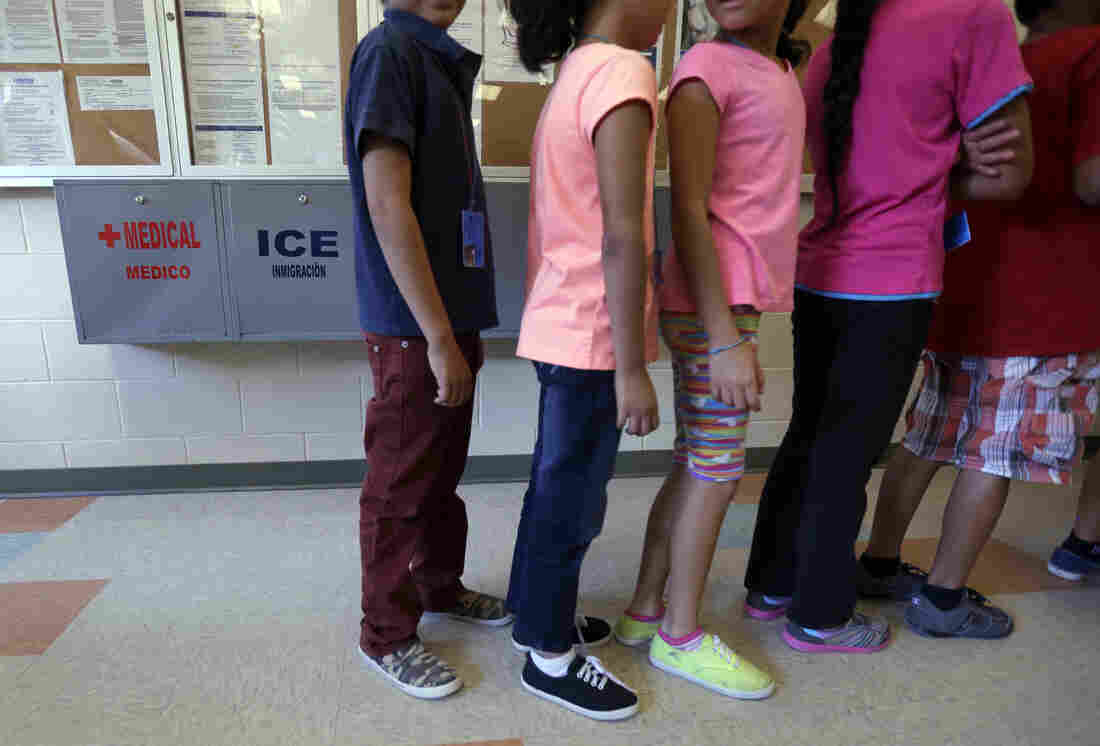 Detained immigrant children line up in the cafeteria at the Karnes County Residential Center, a temporary home for immigrant women and children detained at the border. Eric Gay/AP hide caption 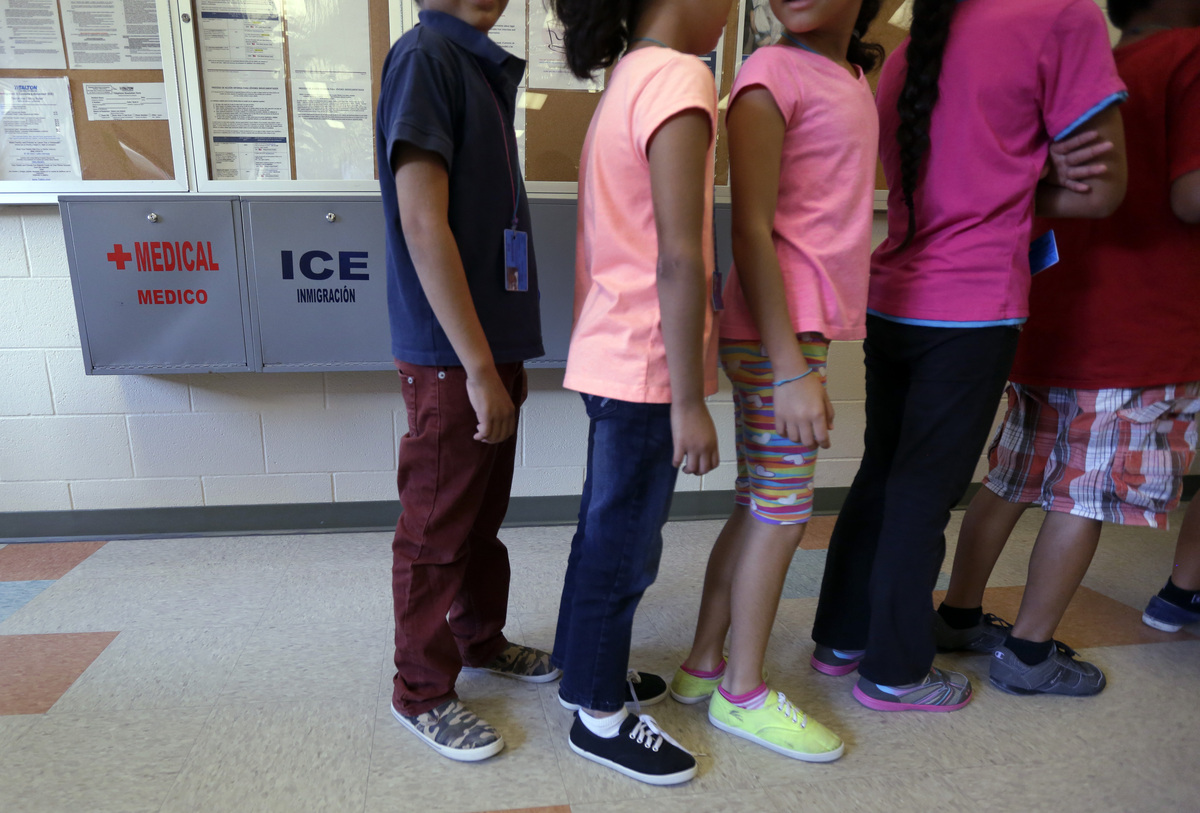 Detained immigrant children line up in the cafeteria at the Karnes County Residential Center, a temporary home for immigrant women and children detained at the border.

The Obama administration is under growing pressure to change its policies governing the detention of thousands of migrants who came to the United States illegally.

Maybe it is a coincidence, but consider what has happened this past week:

--The American Immigration Council and the American Civil Liberties Union announced a class-action lawsuit challenging the conditions of detention in Border Patrol facilities in the Tucson, Ariz., region. Scores of detainees report being held in unsanitary and frigid cells while being denied adequate food, water, hygiene, medical attention, or access to legal counsel. The lawsuit alleges the Border Patrol's facilities violate constitutional due-process guarantees. It seeks no monetary damages, but rather court-ordered reforms, according to ACLU attorney James Lyall.

--The Center for Constitutional Rights and Detention Watch Network published a report calling for the end to so-called "guaranteed minimums" which require Immigrations and Customs Enforcement, or ICE, to fill all 34,000 detention beds it contracts in 15 facilities across the country. They say the requirement creates the perverse incentive to lock-up people who are not dangerous or a flight risk in privately owned facilities at a great cost to taxpayers.

--Meanwhile, lawyers at the Los Angeles-based Center for Human Rights and Constitutional Law and Obama administration officials have just a few days left to settle a lawsuit challenging the detention facilities for more than 2,000 women with children, who came here during last summer's border surge. The families are being held in detention centers in Texas and Pennsylvania. A federal judge in Los Angeles issued a preliminary ruling finding that the administration is violating an 18-year-old court settlement, Flores v. Meese. The settlement requires the government to house migrant children in "the least restrictive environment" or release them to relatives. The judge gave federal officials and the Center for Human Rights and Constitutional Law time to reach an agreement on how to implement her ruling before she makes it final.

--Administration officials have agreed to release a handful of immigrant mothers from a detention center in Karnes City, Texas. But one migrant advocate, Jonathan Ryan, executive director of San Antonio-based RAICES, charged that news of the limited release "is purely political." Ryan told the Los Angeles Times the move is designed to "avoid added scrutiny from members of Congress." A hundred-and-thirty-six House Democrats recently called on the administration to stop detaining immigrant families.

"I don't know think it is a coincidence," said Silky Shah, co-director of the DC-based Detention Watch Network, a group against the detention of immigrants. "This issue of detaining immigrants unlawfully is finally coming to a head and the administration is learning that its policy of family detention is backfiring."

Shah added she believes pressure is growing on the administration given the New York Times wrote an editorial against the detention centers and Democratic presidential candidate Hilary Clinton has spoken out against them.

A previous version of this post incorrectly identified the group that is involved in a lawsuit challenging detention facilities. It is the Center for Human Rights and Constitutional Law, not the ACLU.