Accessibility links
Obama Mourns Charleston Victims, But Laments 'Politics' Of Gun Control : It's All Politics After a shooting at a Charleston, S.C., church left nine dead, President Obama noted, "Mass violence does not happen in other advanced countries," but tighter gun controls in the U.S. were unlikely. 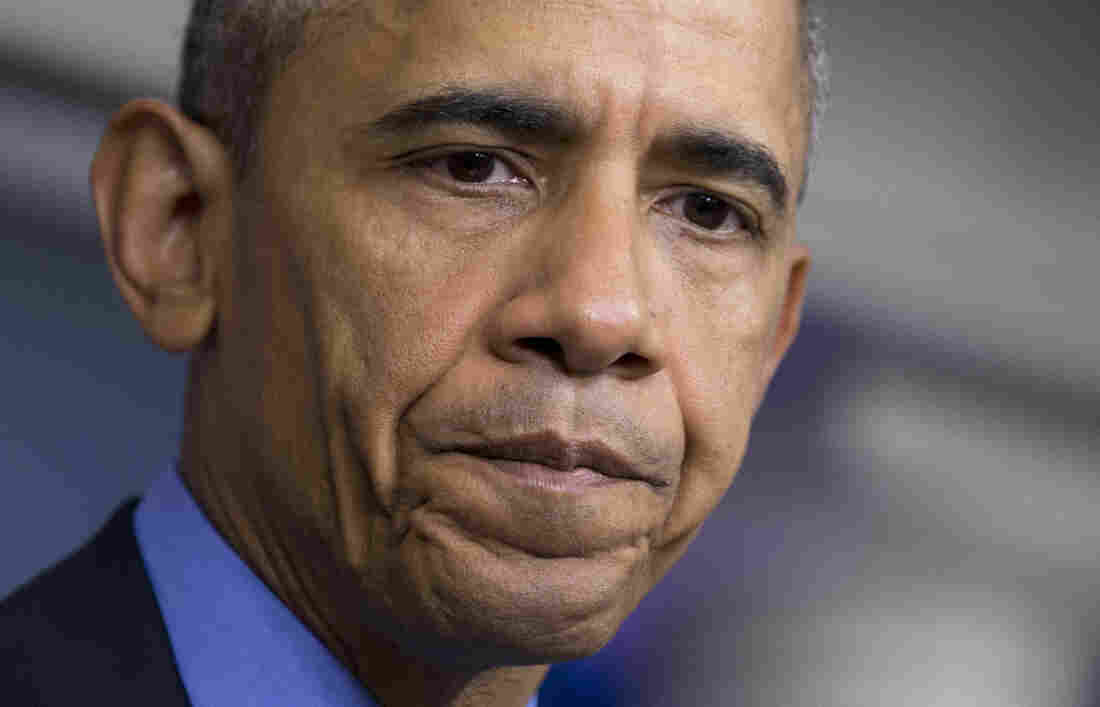 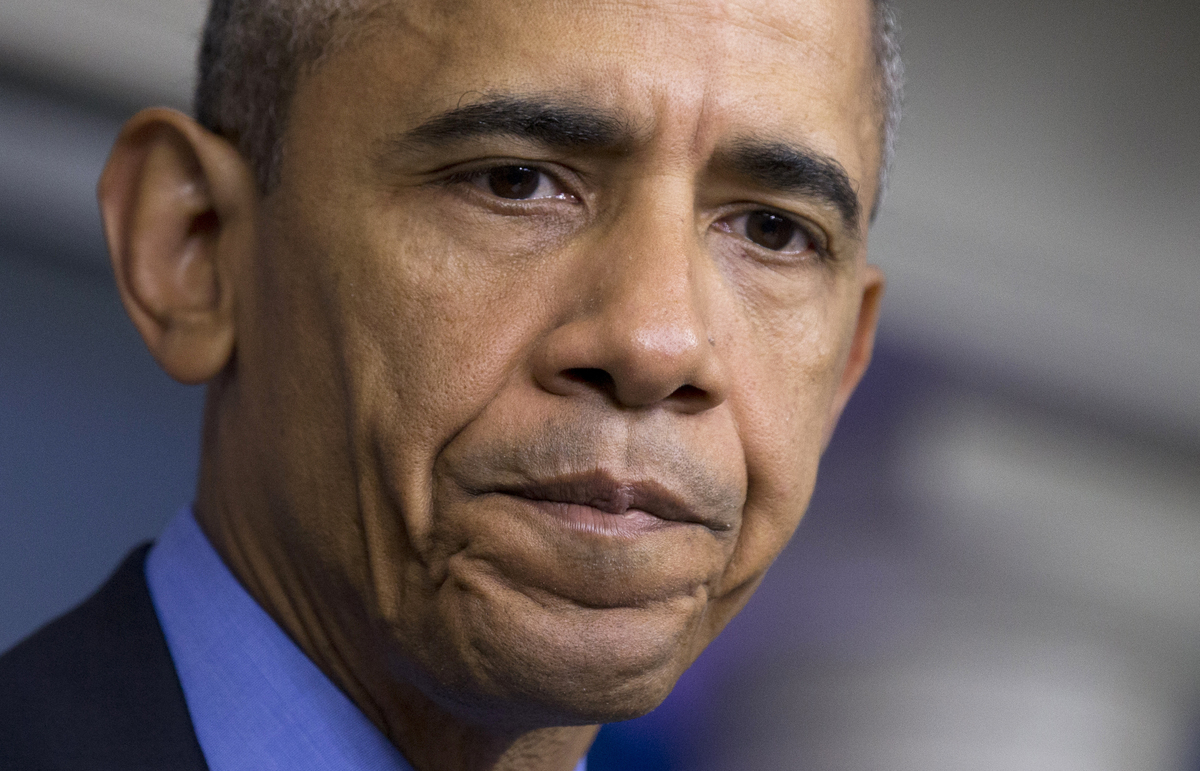 President Obama pauses while speaking in the White House Briefing Room about the church shooting in Charleston, S.C.

A day after a shooting left nine dead in a historically black church in Charleston, S.C., President Obama mourned the losses and lamented the politics of gun control.

"At some point, we as a country will have to reckon with the fact that this type of mass violence does not happen in other advanced countries," Obama said from the White House Briefing Room. "It doesn't happen in other places with this kind of frequency. And it is in our power to do something about it."

"I say that recognizing the politics in this town foreclose a lot of those avenues right now," Obama continued. "But it would be wrong for us not to acknowledge it. And at some point, it's going to be important for the American people to come to grips with it, and for us to be able to shift how we think about the issue of gun violence collectively."

Later in the day, Hillary Clinton, the Democratic presidential candidate, also weighed in.

"We have to face hard truths about race, violence, guns and division," Clinton said in Las Vegas at the National Association of Latino Elected Officials, or NALEO. "How many innocent people in our country from little children, church members to movie theater attendees, how many people do we need to see cut down before we act?"

The president made a high-profile push for tighter background checks after the mass killing at Sandy Hook Elementary School in 2012 that left 26 people dead, including 20 children.

"Our hearts are broken today," Obama said from the same podium back in 2012. He added, "We're going to have to come together and take meaningful action to prevent more tragedies like this, regardless of the politics."

Despite the president's impassioned plea, the effort failed. And his statement Thursday was a recognition that any renewed push would likely suffer the same fate without something fundamental changing.